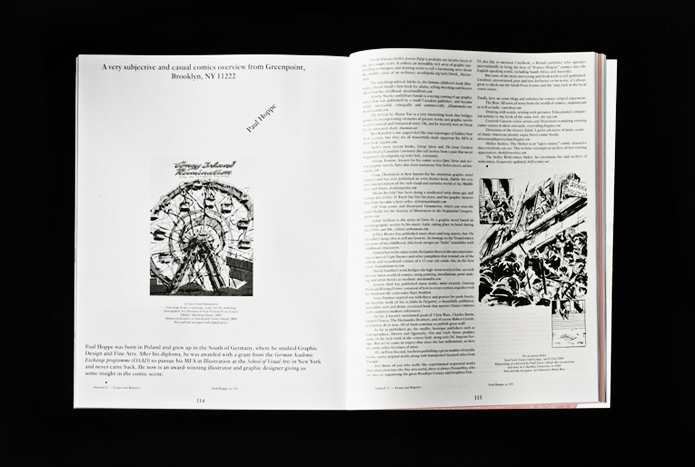 Paul Hoppe is an award-winning illustrator for newspapers, magazines and advertising agencies, and a writer and illustrator of children’s books and graphic novels. His children’s book HAT has been translated into 8 languages, and his latest “The Woods” just came out in Germany as »Nachts Im Wald«. He also teaches occasionally at the School of VISUAL ARTS. Born in Poland and raised in Germany, he now lives and works in Brooklyn, New York.

A Coney Island Rumination, First page from a reportage comic for the anthology “Syncopated: A Collection of Non-Fiction Picto-Essays”, Villard / Random House, 2009, Drawn on location at AstroLand, Coney Island, 2008, Pen and ink on paper with digital greys.

David Mazzucchelli’s Asterios Polyp is probably my favorite book of the last couple years. It utilizes an incredibly rich array of graphic storytelling techniques and drawing styles to tell a fascinating story about the midlife crisis of an architect. http://en.wikipedia.org/wiki/David_Mazzucchelli

Skim by Mariko and Jillian Tamaki is a strong coming of age graphic novel that was published by a small Canadian publisher, and became wildly successful, critiqually and commercially.http://jilliantamaki.com/, http://www.marikotamaki.com/

The Arrival by Shaun Tan is a very interesting book that bridges genres by incorporating elements of picture books and graphic novels to tell a surreal and fantastical story. Oh, and he recently won an Oscar for an animated short. http://www.shauntan.net/

Ben Katchor’s one-pagers feel like true reportages of hidden New York secrets, but they are all masterfully made up. http://www.katchor.com/

Seth’s most recent books, George Sprott and The Great Northern Brotherhood of Canadian Cartoonists also tell stories from a past that never happened. http://en.wikipedia.org/wiki/Seth_(cartoonist)

Craig Thompson is best known for his enormous graphic novel Blankets and has now published an even thicker book, Habibi: his very own interpretation of the rich visual and narrative world of the Middle East and Islam. http://www.dootdootgarden.com/

Alison Bechdel has been doing a syndicated strip about gay and lesbian life (Dykes To Watch Out For) for years, and her graphic memoir Fun Home became a best-seller. http://dykestowatchoutfor.com/

GB Tran wrote and illustrated Vietnamerica, which just won the Gold Medal for the Society of Illustrators in the Sequential Category. http://www.gbtran.com/

Gilad Seliktar is the artist of Farm 54, a graphic novel based on autobiographic stories by his sister, Galit, taking place in Israel during the 1970s and 80s. http://seliktar.carbonmade.com/

Jeffrey Brown has published many short and long stories, but The Incredible Change-Bots is still my favorite. An homage to the Transformers cartoons of his childhood, this book merges an “Indie” sensibility with childhood obsessions.

Somewhat in the same realm, Benjamin Marra is the uncompromising creator of Night Business and other pamphlets that remind you of the violent and sexualized comics of a 13year old comic-fan, in the best sense. http://www.benjaminmarra.com/

Jessica Abel has published many works, most recently Drawing Words and Writing Pictures, a manual of how to create comics, together with her husband the cartoonist Matt Madden. http://jessicaabel.com/

Gary Panther started out with flyers and posters for punk-bands; my favorite work of his is Jimbo In Purgatory, a beautifully published, incredibly rich and dense oversized book that marries Dante’s Inferno with countless modern references.

So far, I haven’t mentioned good ol’ Chris Ware, Charles Burns, Daniel Clowes, The Hernandez Brothers, and of course Robert Crumb, so I better do it now. All of them continue to publish great stuff.

Rabid Rabbits Over Brooklyn, Pen and ink on paper, with digital colors, Promotional Image for an art show, 2010

As far as publishers go, the smaller, boutique publishers such as Fantagraphics, Drawn and Quarterly, Oni and Dark Horse produce some of the best work in the comics field, along with DC Imprint Vertigo. But we’ve come to expect that since the last millennium, so here are some other favorites of mine:

:01, or First Second, has been publishing a great number of terrific books, many original works along with handpicked licensed titles from Europe.

For those of you who really like experimental sequential works that cross over into the fine arts world, there is always PictureBox, who are also co-organizing the wonderful Brooklyn Comics and Graphics Fest.

I’d also like to mention CineBook, a British publisher who operates internationally to bring the best of “Franco-Belgian” comics into the English-speaking world, including South Africa and Australia.

But some of the most interesting and fresh work is self-published: Unedited, unrestrained, pure and raw, for better of for worse, it’s always great to check out the Small Press Events and the ‘zine rack at the local comic stores.

Finally, here are some blogs and websites for your comics-related enjoyment:

The Beat: All sorts of news from the world of comics, mainstream as well as indie. http://www.comicsbeat.com/

Drawing with words, writing with pictures: Educational companion website to the book of the same title. http://dw-wp.com/

Diversions of the Groovy Kind: A guilty pleasure of mine, scans of classic American (mostly super-hero) comic books. http://diversionsofthegroovykind.blogspot.com/

Shifter Archive: The Shifter is an “open-source” comic-character that everybody can use. This website attempts to archive all her existing appearances. http://theshifterarchive.com/ 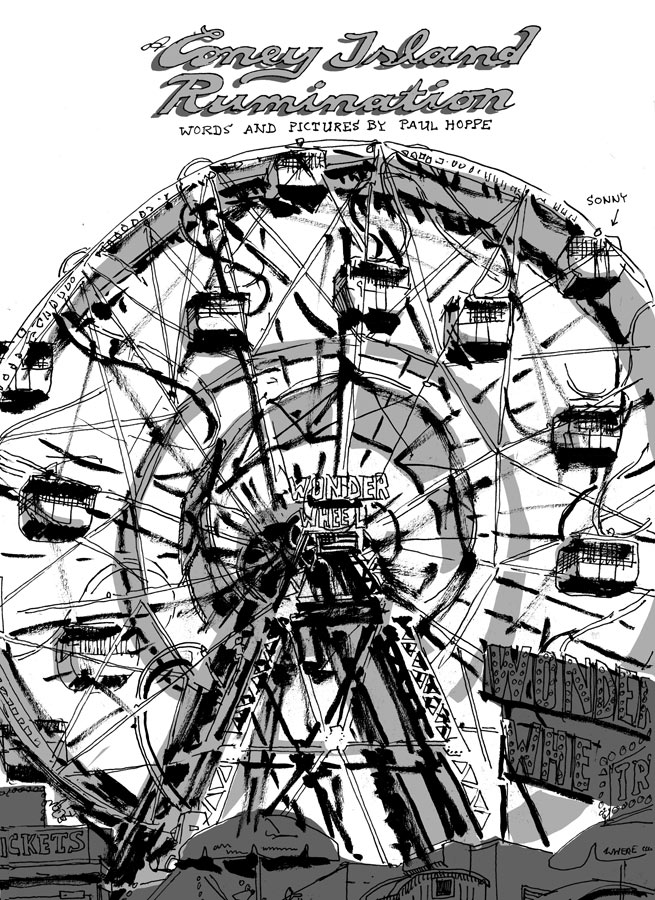 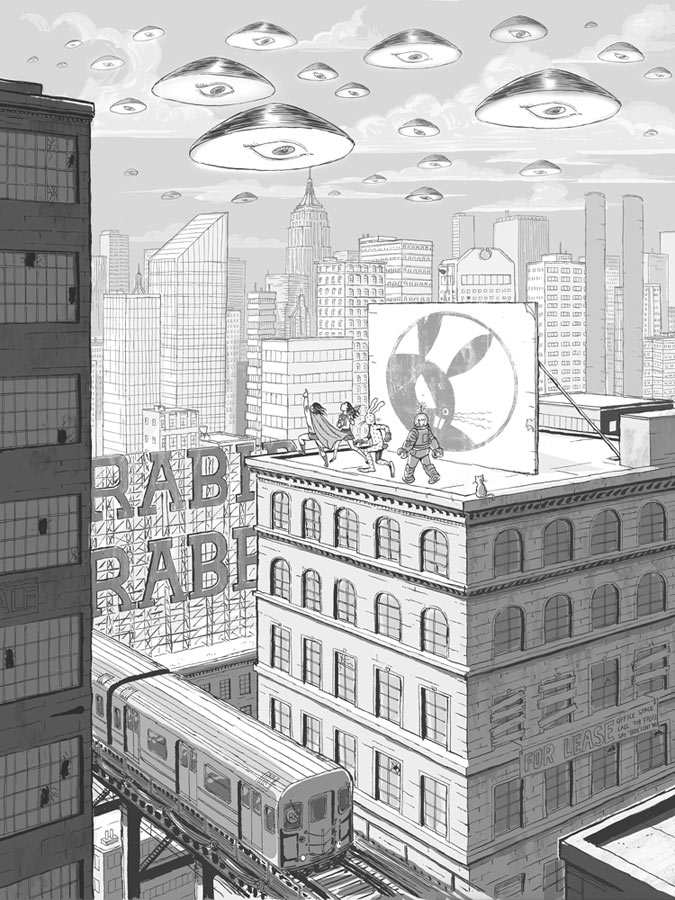 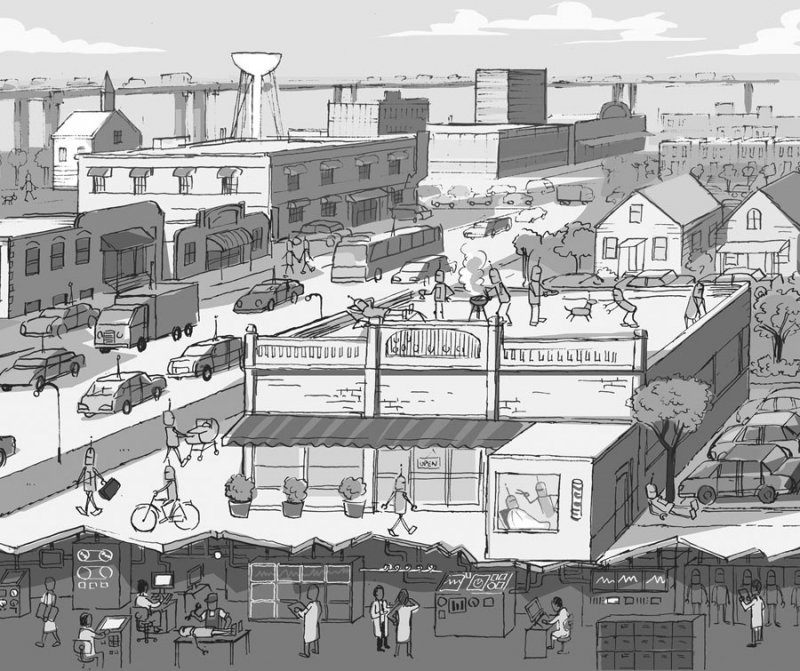 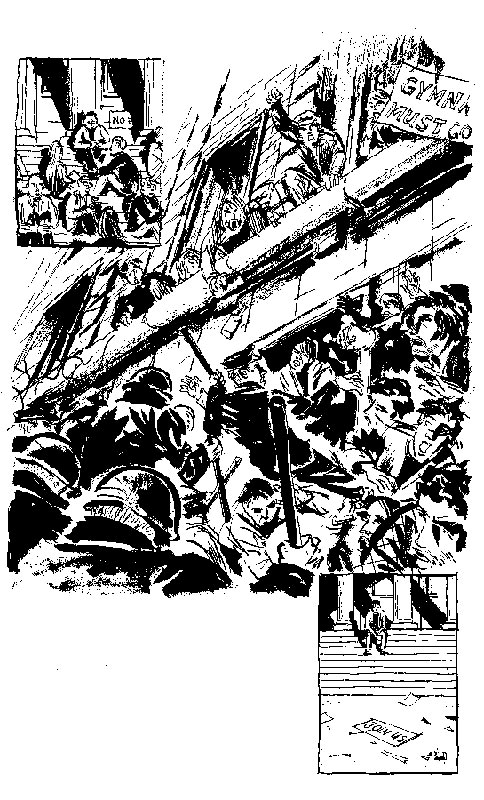