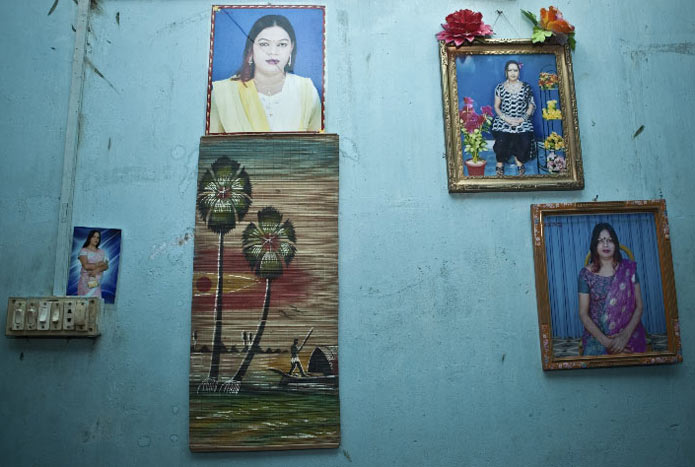 Neither Man nor Woman

Hijras are culturally defined in terms of their traditional occupation as performers on auspicious occasions, but not all hijras perform. Some hijras see them themselves as neither man nor woman, but there are also many who very much feel and behave like women. Many think that most hijras are hermaphrodites, but that is not true. Most hijras are probably “made” rather than “born that way”. Becoming a real hijra often means going through the emasculation ritual by removal of the penis and testicles. Ideally, the emasculation operation is performed by a hijra called a dai ma (midwife), a clear and strong symbolic statement of the emasculation as rebirth. The emasculation ritual transforms an impotent man into a potentially powerful person, The emasculation operation is done together with various rituals and blessings.

As ritual performers, the Hijras are viewed as vehicles of the divine power of the Mother Goddess, which transforms their impotence into the power of generativity. The faith in the powers of the hijras rests on the Hindu belief in the Shakti – the potency of the dynamic female forces of creation that the hijras, as vehicles of the Mother Goddess, represents.

The performances are the most respectable and prestigious way to earn a living within the hijra community and an important source of income of the hijras’ claim to respect the larger society. The sexual ambiguity of the hijas as impotent men – eunuchs – represents a loss of virility, and this undoubtedly is the major cause of the fear that they inspire.

The hijras are fighting for their human rights, and they want to be treated equally among others. They want others to know that they are also normal human beings. The Hijras want to be allowed to lead a normal life like others. They claim that others do not understand their life, gender and sexuality, and they want the society and the government to recognise them with equally rights as other human beings. Hijras are often discriminated by the police and other public authorities as well as by people on the street. It is difficult for Hijras to get a job with public institutions and private companies, and can be difficult to get an education. Hijras have often limited access to legal and health services compared with other citizens.

Although the hijras often provoke horror or ridicule, they have traditionally had a role to play on the margins of society as entertainers and as bestowers of curses and blessings. They are often surrounded by fear and superstition, and sometimes they are hired to remove bad luck from new buildings under construction, to bring good luck for new-born babies or to entertain at weddings.

The hijras are marginalised in society and their traditional ways of making a living are under threat. With television and many other forms of entertainment, their roles as performers and entertainers in local communities are diminishing. They often make a living by walking around the streets of Dhaka and other cities collecting money from shop keepers, bus and train passengers or by prostitution. The hijras suffer from political and social oppression and stigma and are discriminated against by the police, authorities and society.

The hijras live in small closed groups led by a guru (teacher). They have a very strong sense of identity and belonging to the group. The hijras are usually excluded and abandoned by their own families and relatives. Many people do not like transgenders – they feel uncomfortable in their company, and their traditional perceptions on traditional gender roles are often seriously questioned.

The Hijras are some of the most open, proud, self-consious and dignified people that I have met during my five years in Bangladesh. They know that they are different. The bonds and relations in the Hijra families are strong in order to keep identity and to survive in society.

1. Why and when did you start photographing?
Since teenage age, I have always had a camera and enjoyed photographing. But it is only during the last two and half years that I more seriously have picked up on my passion for photography. It gives me a lot of inspiration and a legitimacy to met people and explore our facinating world.

2. Which topics are you interested in most? How do you choose?
I am interested in people, what they do and how they live. I am mainly working with social documentary and street photography. I like exposing the viewer to the endless facets of our facinating world. Recently, worked for five years in Bangladesh from 2007 to 2012 and found it really interesting and inspiring to walk around in Dhaka city and other cities of Bangladesh. I just photographed people I met and what I saw. There must be something behind the image – a told or untold story – that’s what matters to me. The image should provoke feelings with the viewer. In Bangladesh, it was mainly people who are living in slums, transgenders, sex workers, acid survivors and labourers in ship breaking, brick kilns and other professions. People that are excluded and marginalised, and who are living on the edge of or at the bottom of society.

3. How does your equipment look like?
During my walks or photo sessions I often use two different cameras -one Canon 1DX and one Canon 5D Mark II – mounted with the best red-line lenses from Canon. That gives me some flexibility – I always bring a mix of additional lenses depending on the intended purpose of the day.

4. Artist or technicien?
I am not very technically oriented, but I do study and try to make best use of the technical capabilities of my equipment and software editing programmes. In terms of editing, I am now using Capture One Pro 6. I have learned that you do not necessary need the best equipment to become the best photograph. I have met a few world class photographers and was very surprised to learn that some of them are using not very advanced camera houses and lenses. It is about your own feelings and attitude – what happens in your head and around you, which really matters.

5. Who inspires you? Do you have role models?
A few years ago, I found a black and white photo book about Africa by Sebastiao Salgado. I immediately knew that this was the book that I had been searching for. Salgado is one of my role models in photography. There are also many others. I am not that interested in fashion and advertising photography, but I do get inspiration from these genres as well. Helmut Newton is also a great photographer, I often spend hours looking at his work. There are many other sources of inspiration.

6. Are there any websites/blogs/portals you are visiting regularly?
Yes, magnum and many other sites. I am also following various groups on social documentary and street photography.

7. Which magazines do you read?
I am not subscribing on any photography magazines, but ones in a while I might pick up a magazine that deals with things that I want to address in my own work. But I do buy international photography books.

8. On which projects are you working at the moment? How does your future look like?
Photography is not my profession, it is just my passion. I do have an ambition to publish a black and white photography book about Bangladesh, but it depends on whether somebody wants to support it. I think that I have the material and the stories.

Photography is not his profession but his passion.

Jan Møller Hansen is a diplomat and development practitioner, which might be a contributing factor for his interest in social documentary. Photography helps in getting closer to reality and it connects. Through images, he wants to provoke thoughts and feelings and thereby expose the viewer to the endless facets of our facinating world.

The universe is the infinity of never returning moments. Just existence. Photography can capture a moment in this infinity that will never reappear. Enjoy these moments and the told or untold stories behind.

Jan shoots with the best camera houses and lenses from Canon. He is not primarily a technically oriented photographer, but he still aims at staying at the cutting edge in terms of lightweight equipment and editing software. Two years ago, he found a photography book in Colombo in Sri Lanka, which he instantly knew was the one he had been searching for. It was a black and white photography book about Africa by Sebastiao Salgado, who now is one of his inspirational sources in the photography universe. He also gets inspiration from other photographers from other genres in photography. His inspiration stems from human relations and human conditions and from the interaction with photographers with good social and technical skills.

Jan Møller Hansen served as Deputy Head of Mission and Counsellor at the Embassy of Denmark in Bangladesh from 2007 to 2012. The series about transgenders in Bangladesh was made during 2011 and 2012. 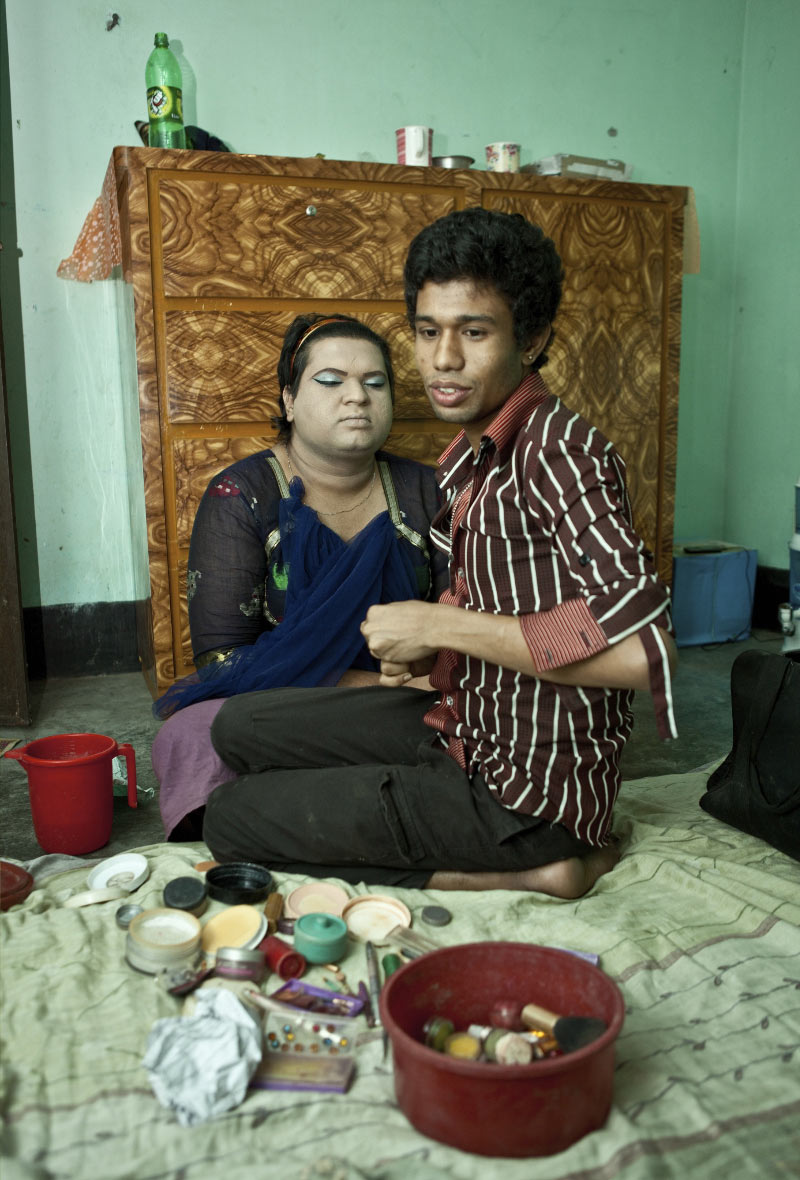 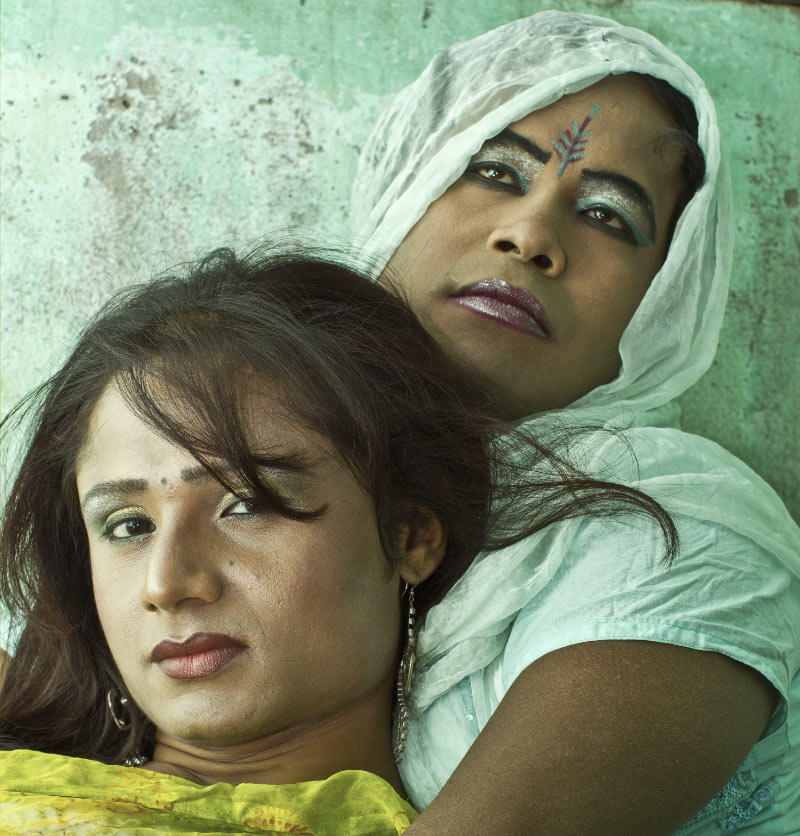 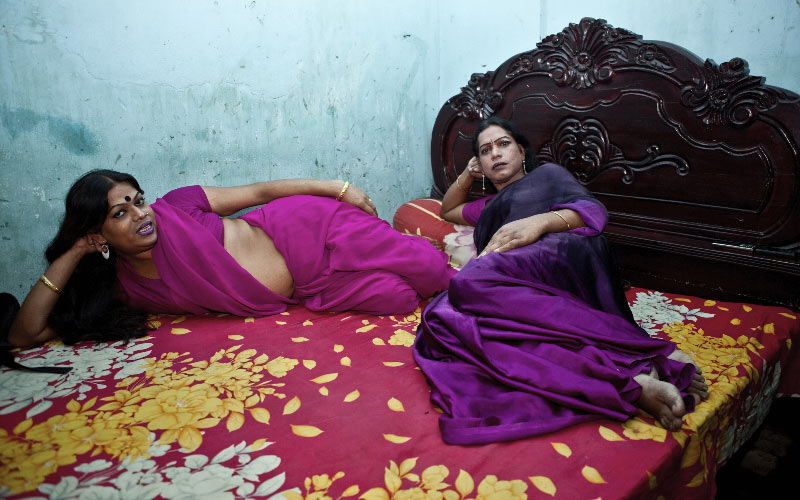 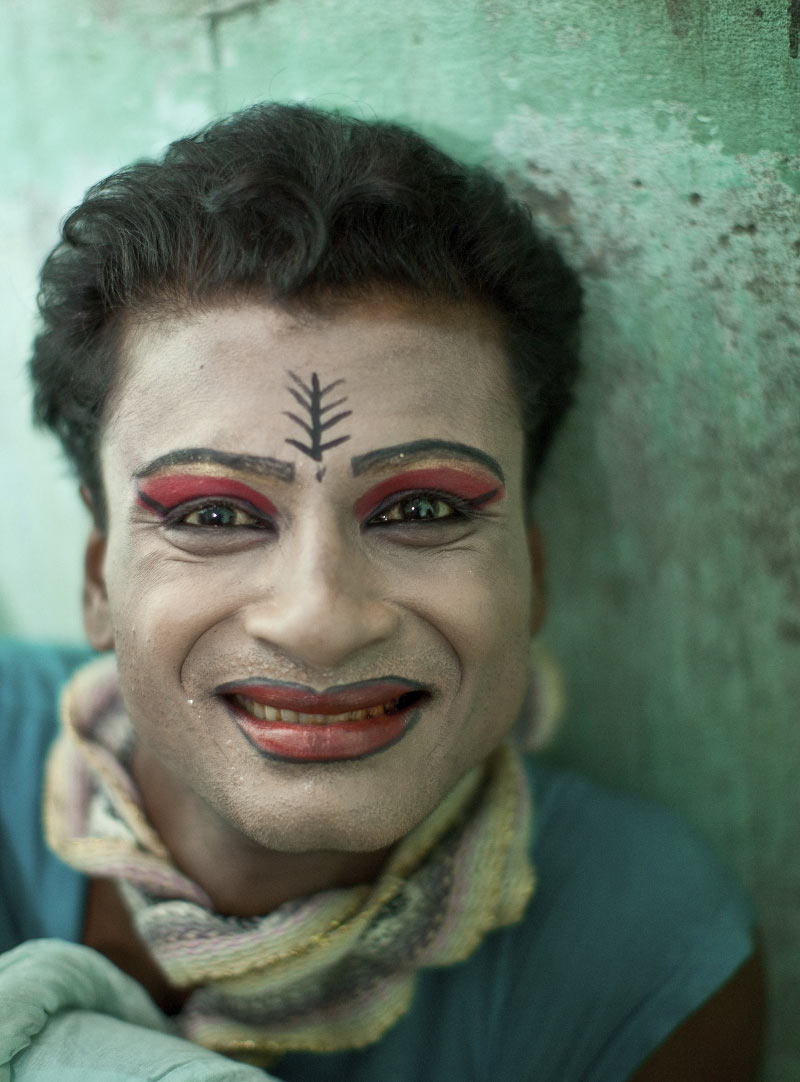 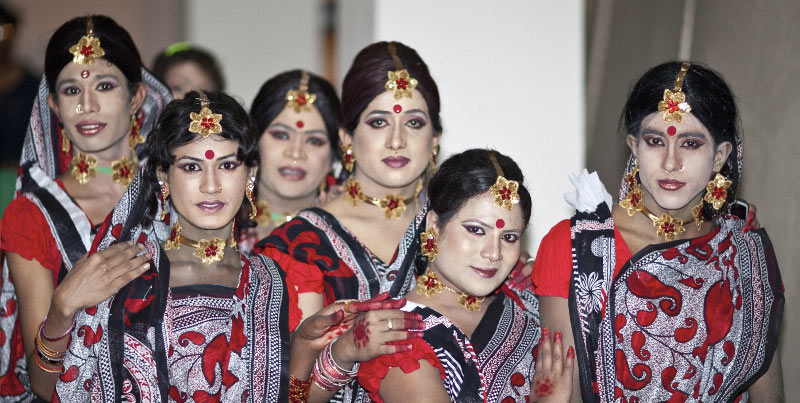 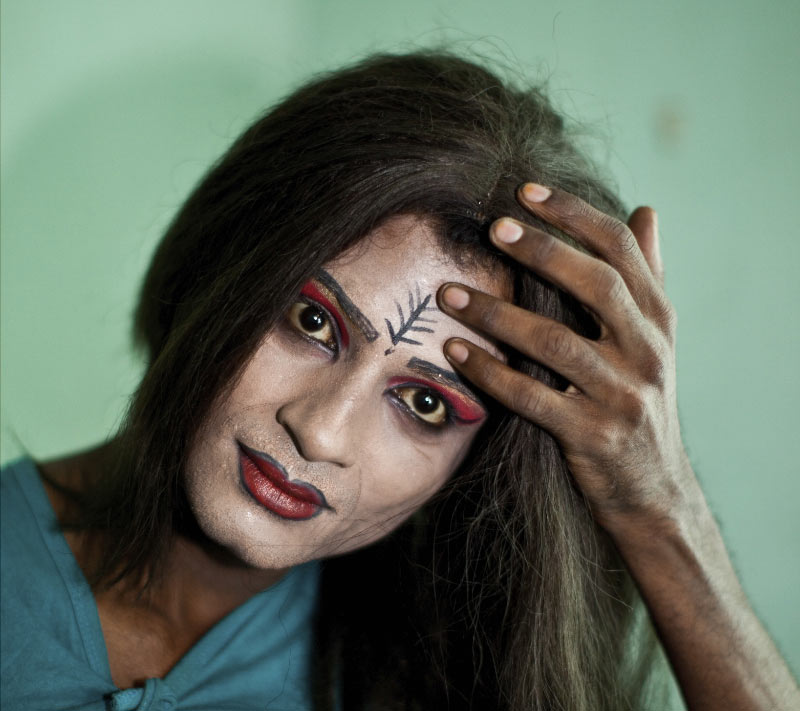 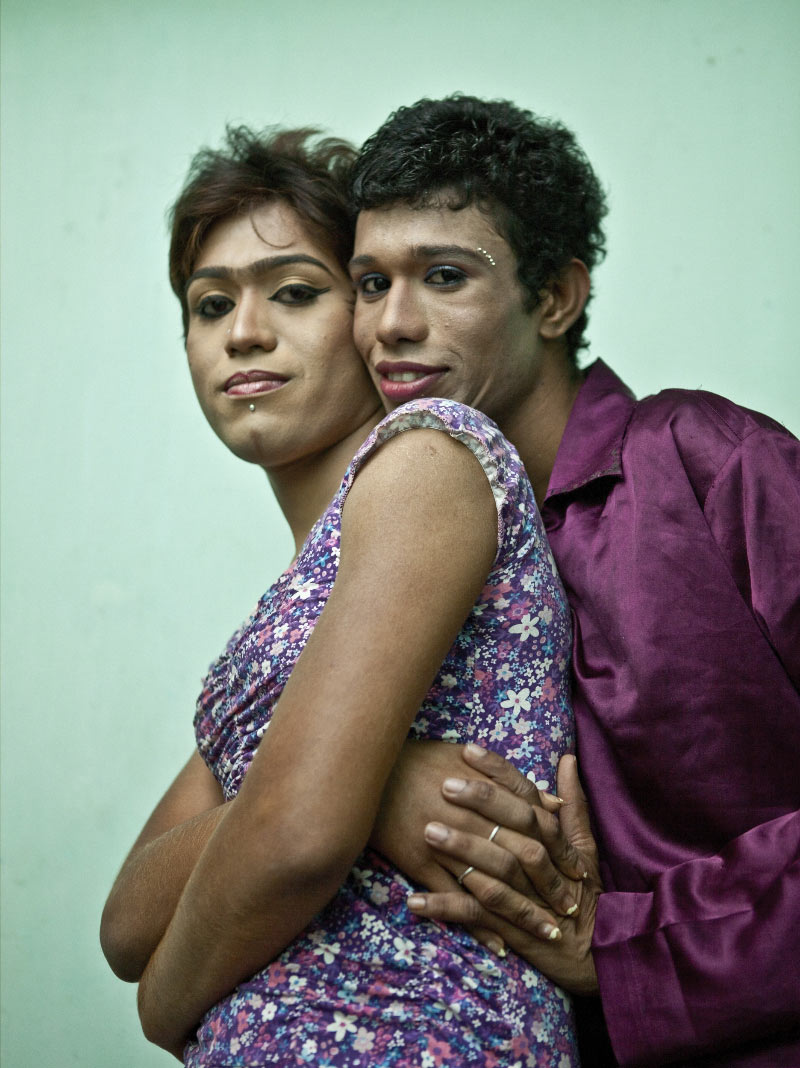 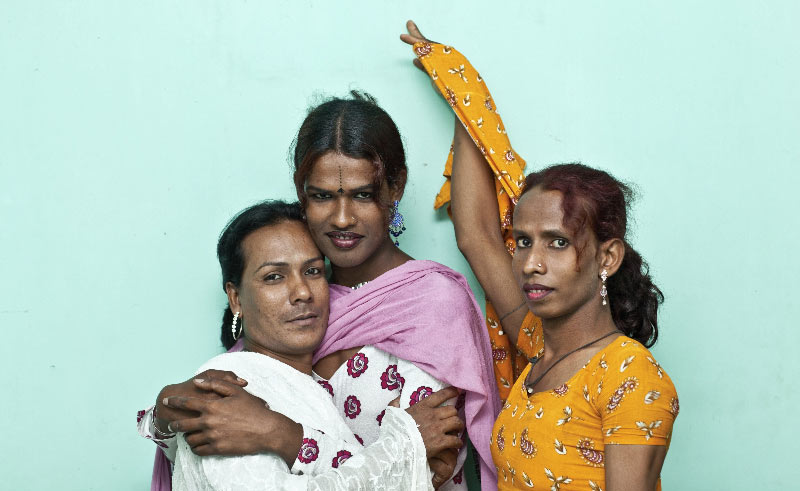 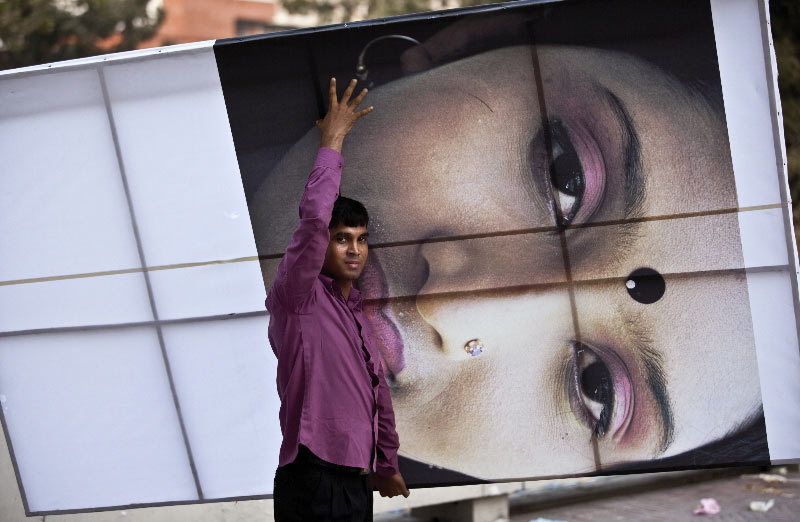 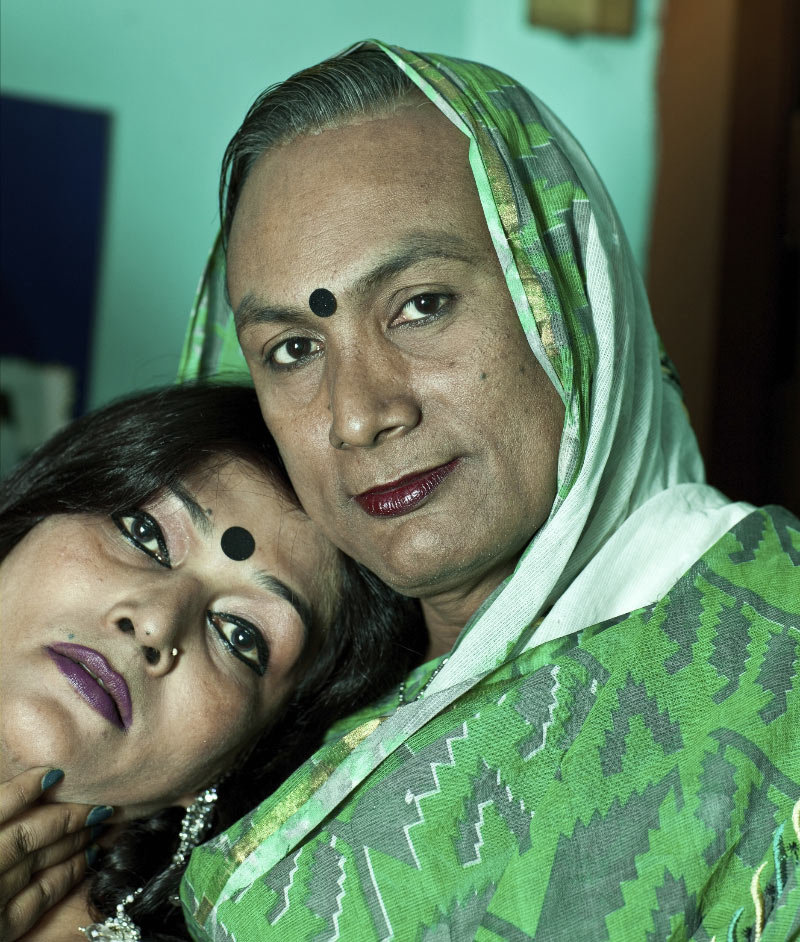 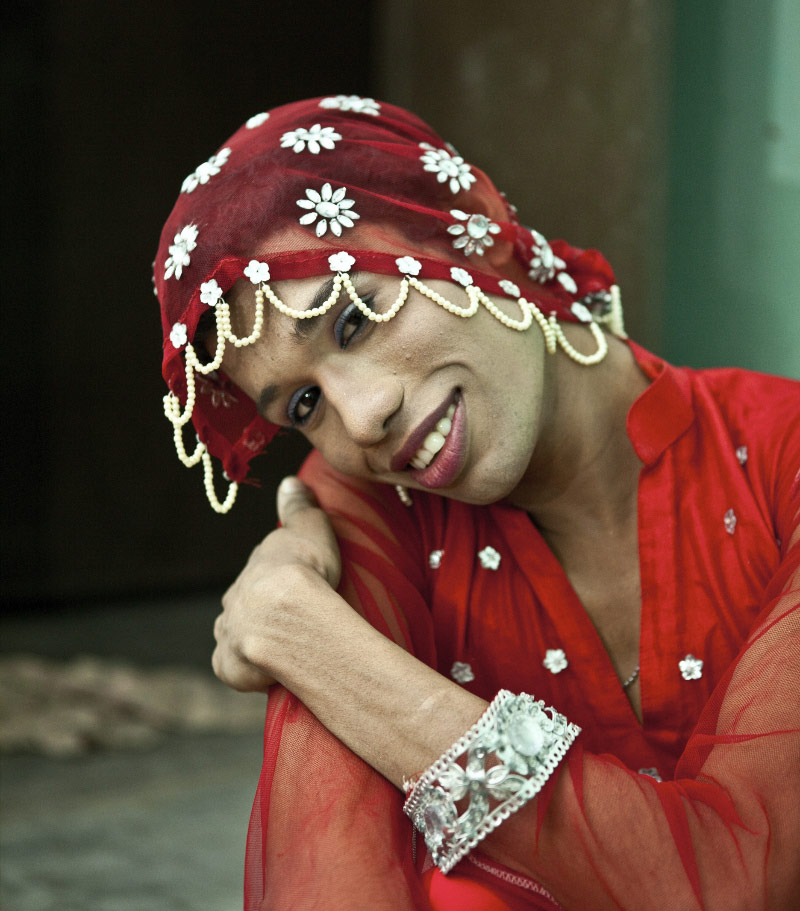 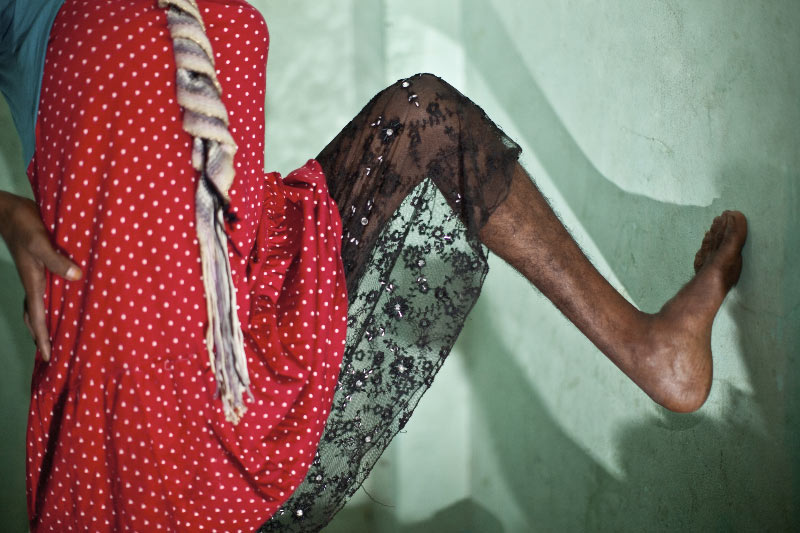 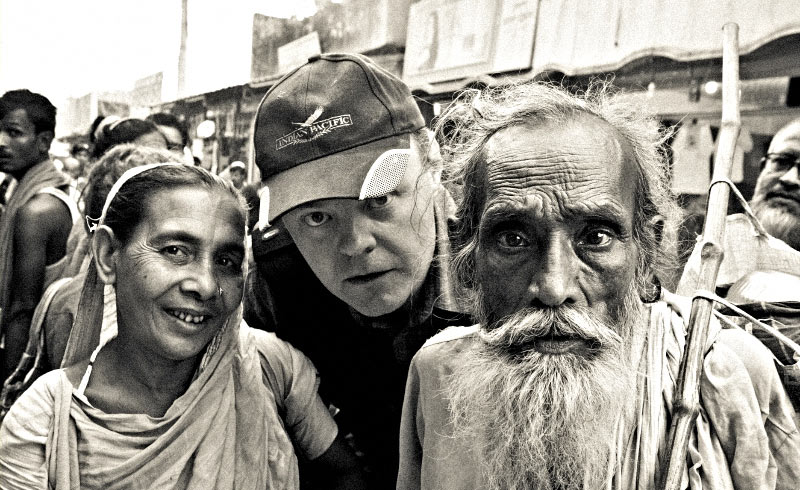