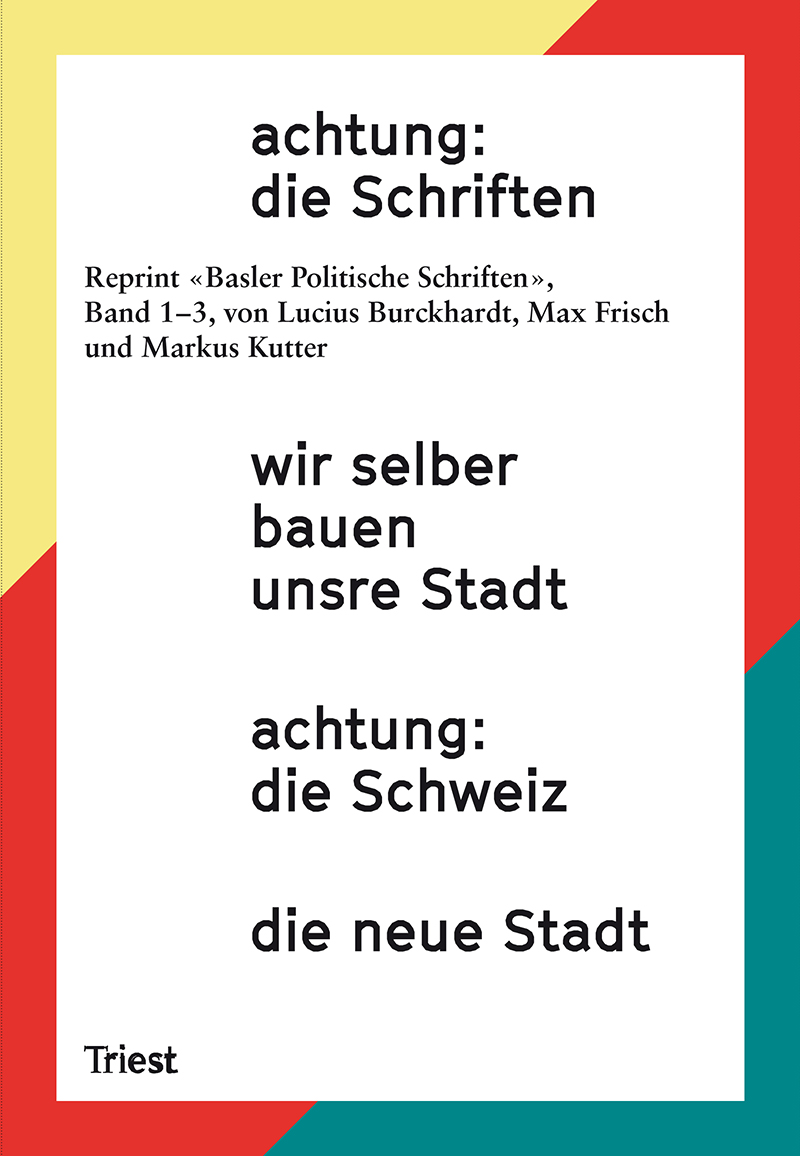 Filling three volumes of “Basler Politische Schriften” with their writings, which were published in the second half of the 1950s: wir selber bauen unsre Stadt, achtung: die Schweiz and die neue Stadt, three prominent authors, Lucius Burckhardt, Max Frisch and Markus Kutter triggered a lively debate within and beyond Switzerland’s borders on perspectives in urban and regional planning. The authors’ declared goal was to counteract urban sprawl and uncontrolled development that had begun to permeate the landscape at the time.

Even today, 60 years on, the topics and questions adopted by those three protagonists are still on the agenda. Questions as to whether citizens had any influence on urban planning or not caused the authors to critically scrutinise established urban planning methods of the day; or criticism of political and social conditions that finally led to the proposal of founding a new town are exemplary of a novel culture of discussion that would also befit today’s ongoing processes.

The call for densified settlements and controlled urban growth postulated in achtung: die Schweiz still determines discussions on regional and urban planning today. This trilogy is both a valuable historical and topical document.

Hitherto out of print, the new edition of all three volumes is a true-to-original reprint containing a supplementary preface by Markus Ritter and an introduction by Reto Geiser and Angelus Eisinger. The authors investigate the significance of the volumes at the time and draw a parallel between then and today’s urban planning situation in Switzerland.