View cart “DISZIPLIN” has been added to your cart. 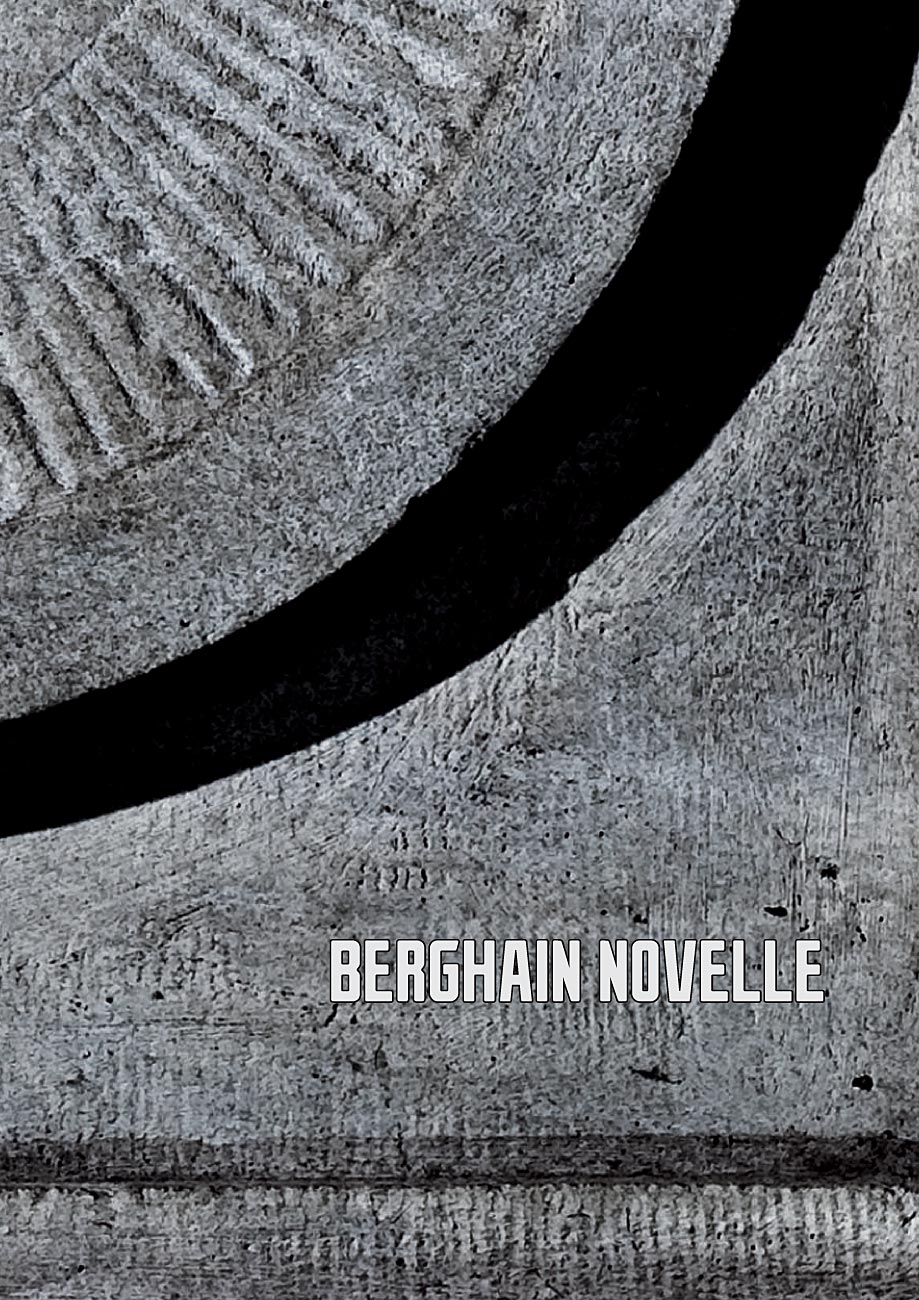 The catalog “Berghain Novelle” presents works by Lukas Feireiss, Matias Bechtold, Alekos Hofstetter and Florian Göpfert, and MV.Stein. It was published on the occasion of the exhibition of the same name, which took place at Berlin’s Laura Mars Gallery and was inspired by Hermann Skadus’ eponymous “Berghain Novelle” (1954).

The drawings, cut-outs, sculptures, installations, and animated films documented in the catalog approach both Skadus’ novella and the internationally acclaimed Berlin nightclub, Berghain. They are presented in a variety of artistically interpretative ways, creating a diverse and complex array of meaning.

“Berghain Novelle”, Skadus’ first and only work, is regarded by Germanists and bibliophiles as a rare and much sought-after collector’s item. Today it is to be found almost exclusively in private libraries at home and abroad.

Only a few days before his disappearance in the spring of 1954, which remains unsolved to this day, Skadus himself published the novella in a limited edition of only one hundred copies. Skadus’ eloquent and profound narration follows the protagonist, an architect by the name of Alberich, on his dreamlike quest into the oppressive, labyrinthine shadow world of an abandoned cogeneration plant in the center of Berlin. In the Kafkaesque tradition, Skadus succeeds in presenting searching for the sake of searching as a gloomy scenario that mercilessly demonstrates to the reader the absurdity, hopelessness, and senselessness of the quest, and the inner despair of the protagonist. Pursued by voices and shadows of discord and doubt, Alberich roams the vast, deserted spaces of the industrial plant, presumably designed by himself. Echoes of a time long past or still to come? Memory or vision? Only hints give the reader clues in this dense textual network. In his interwoven, stylistically complex narrative, Skadus refers to German national epics and to the fantastic literature of E.T.A. Hoffmann and the writings of Gustav Meyrink, as well as to classics of Expressionist film.