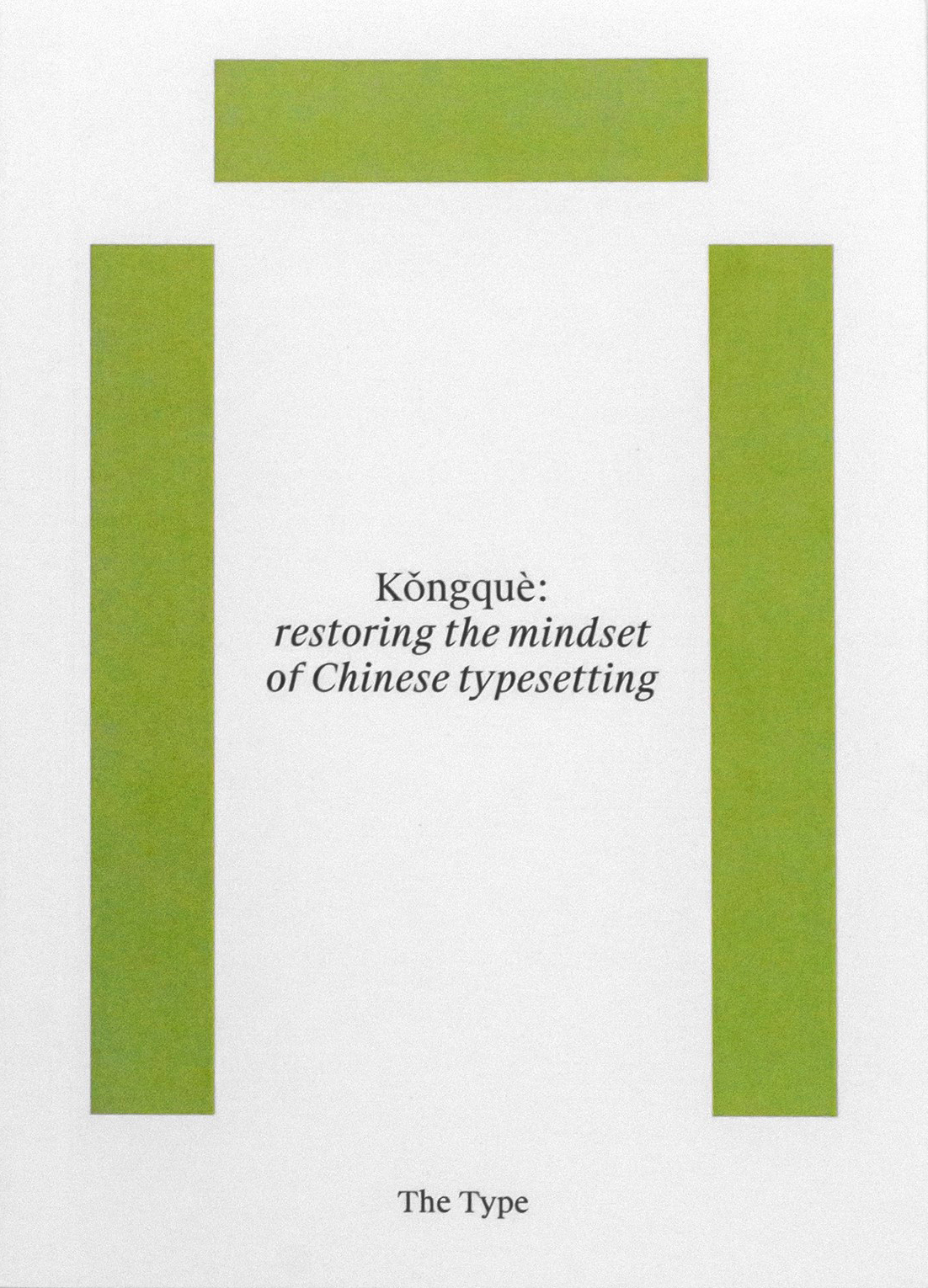 Collection of Research on Chinese Typography

“Collection of Research on Chinese Typography” is a three-volume collection of our on-going research and dialogues about typography and design in China, including its history and development, conventions and contemporary practice, and working in transcultural contexts.

The Type has been promoting public awareness of typography and design in the Chinese community for over ten years. Whether it is introducing Western typography theories and knowledge, or conducting independent research on Chinese typography in recent years, we are often concerned about the inadequate typography education in China as well as the lack of exchange we have with the international community. Chinese typography is not easy to tackle, but we believe that, by more self-initiated and open research, we are able to address our challenges under a global perspective and invite more discussions and breakthroughs to the field.

上海活字：管窥现代中文字体设计史
Shanghai Type: a slice of modern Chinese type history
The development of Chinese type design since the foundation of the People’s Republic in 1949 cast significant influence to its contemporary developments. Yet it has remained as much a mystery to the outside world as to local designers. Thanks to the research throughout the Shanghai Type project, we attempt to illustrate a slice of the history of how modern Chinese type design began as a groundbreaking state-initiated endeavor, and then gradually faded in the age of market and commercialization.

跨文化字体设计：中文语境下的讨论
Transcultural Type Design: a dialogue from China
Among the Chinese-speaking designers, discourse around transcultural typography is still in its infancy. This small volume is the record of the first of a series of open discussions moderated by us, to address this global trend as well as the debate and strategies that come along in the Chinese context.

孔雀计划：重建中文排版的思路
Kǒngquè: restoring the mindset of Chinese typesetting
The convention and wisdom of Chinese typography that was developed over centuries has failed to be inherited by designers today. This is caused partially by the Latin-orientated computer softwares and the negligence in the Chinese design education. Kǒngquè project aims to fill this gap by revisiting the typographic traditions in China in the modern context and restoring a mindset of native Chinese typography.