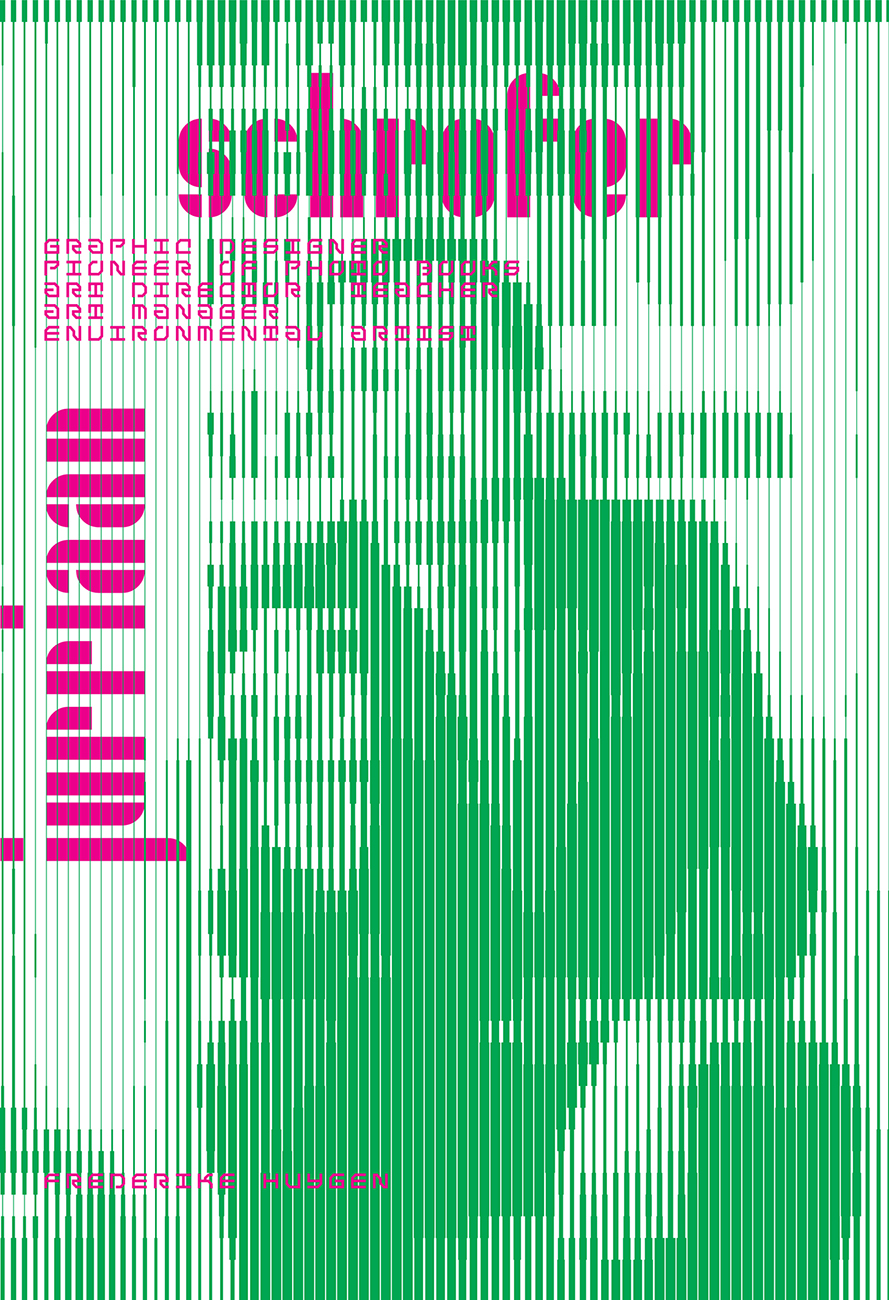 Jurriaan Schrofer (1926-1990) was one of the defining figures in the field of graphic design in the Netherlands after World War II. One of his distinctive characteristics was that he positioned himself as a director. He liked to be in charge, involved himself in policy making and strategy and manifested himself as a writer and a critic. Schrofer’s adventurous temperament, slightly dissident attitude and intellectual stance often gave rise to debate. This monograph follows Schrofer’s career in a number of thematic chapters: PR-brochures for companies, photo books, cultural assignments, advertising, spatial work and art policy, education, letter experiments, and art works. The various genres he practiced, the different roles he played and the worlds that the ever curious Jurriaan Schrofer explored serve as a guideline for putting his positions and activities into context.

Frederike Huygen is an art and design historian. She has been a curator for Industrial design at the Boijmans Van Beuningen Museum in Rotterdam and has written many publications on the history of design.

Karel Martens is a graphic designer and artist. He has taught at the Academy of Fine Arts Arnhem and at the Jan van Eyck Academy in Maastricht, and is one of the co-founders of the internationally renowned Werkplaats Typografie in Arnhem.