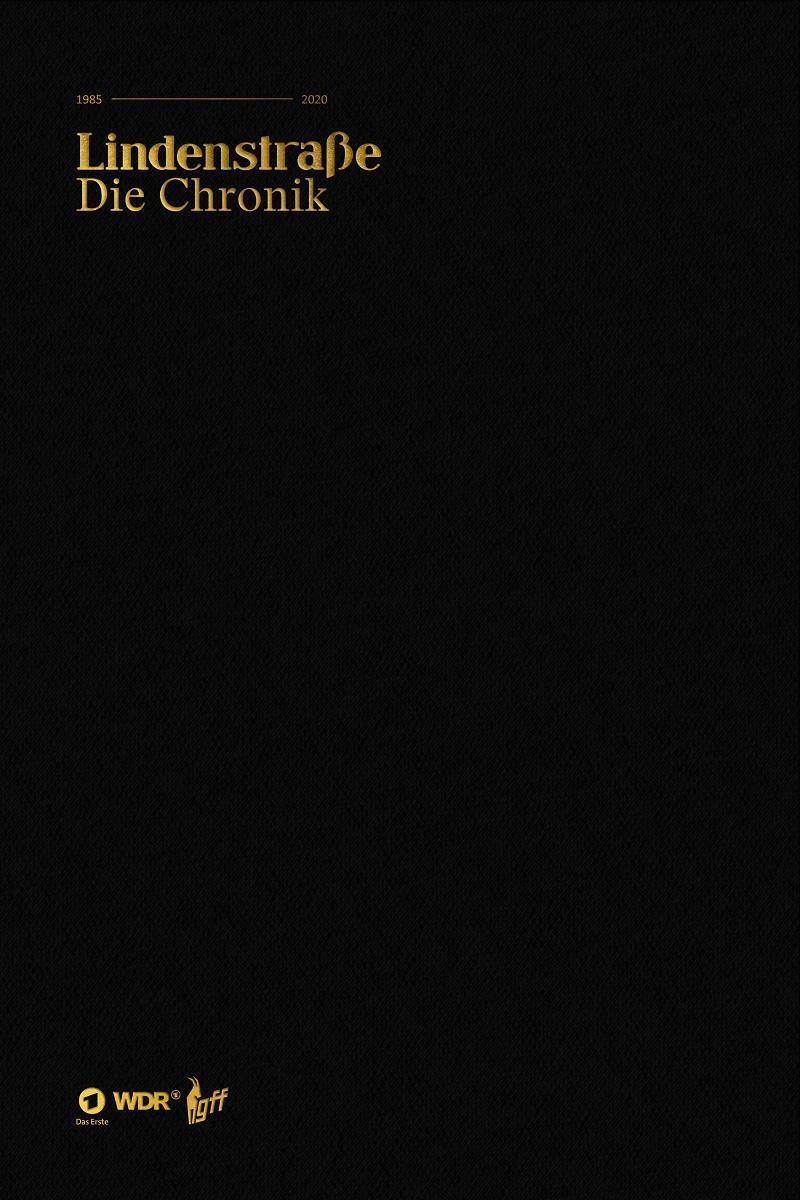 LARGE ILLUSTRATED BOOK AT THE END OF THE SERIES

After a good 34 years, the last episode of "Lindenstrasse" will be running on 29 March 2020. No other family series on German television can look back on a comparable length of time. And no other series has portrayed everyday life in Germany as conscientiously, consistently and unsparingly as "Lindenstrasse". The lavishly designed illustrated book "Lindenstrasse - The Chronicle" by Hana and Hans W. Geißendörfer and photographer Steven Mahner documents this epoch of national television history. Seven richly illustrated chapters illustrate over three decades of serial production. Exclusive archive material provides insight into the work of producers, ensemble and team.

Around 400 illustrations on 736 pages show portraits of actors, historical footage of the film set and photos of the shooting on the set. The book also provides entertaining anecdotes, interesting facts about individual episodes and direct links to real events in German history.
The first edition of the book, published in 2015, has been revised in this new edition, supplemented by texts by Natalie Philippi, who has been working for the series for 20 years. Eighty new photos show the great moments of the final "Lindenstraße" years, but also accompany the emotional last days of shooting in Cologne-Bocklemünd up to the dismantling of the sets.