View cart “Dutch Type (Reprint)” has been added to your cart. 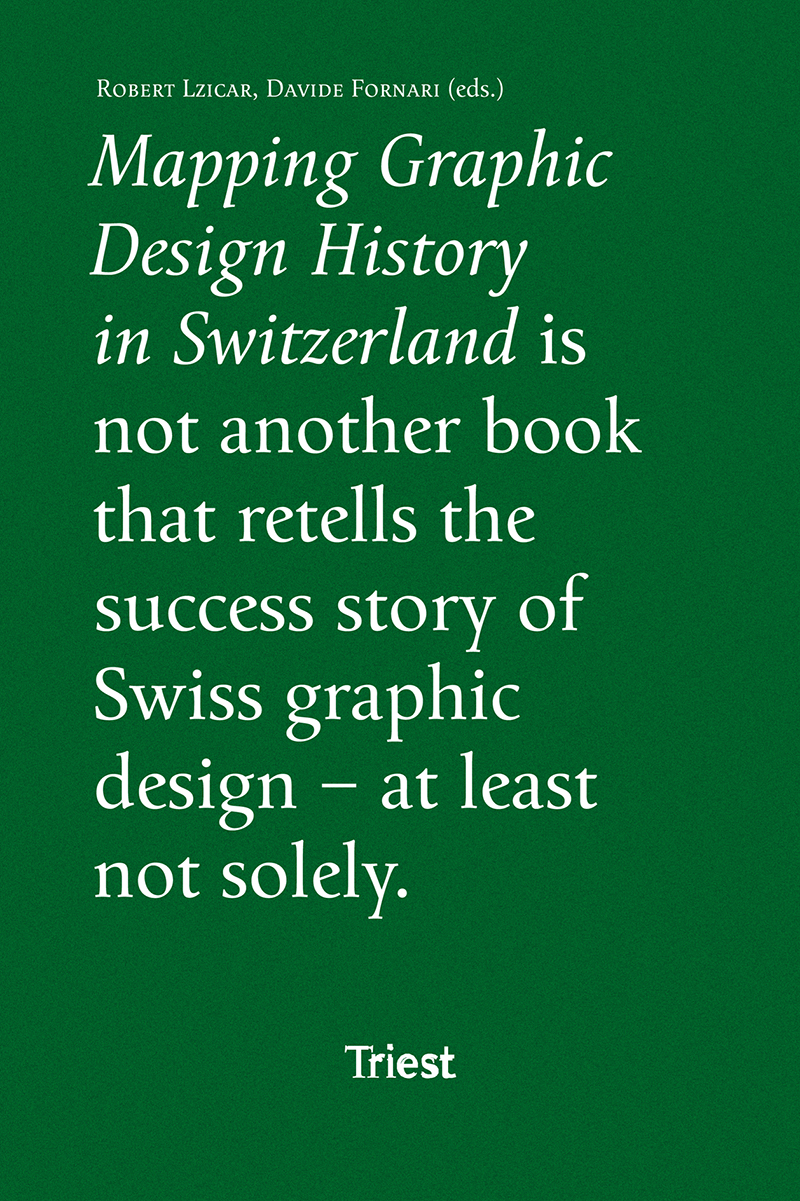 Mapping Graphic Design History in Switzerland presents for the first time eleven selected essays on the production, mediation and consumption of graphic design artefacts and processes, as well as their respective discourses by authors from the German, French and Italian-speaking areas of Switzerland.

The publication discusses theoretical and methodological approaches for historical research on graphic design, helps to establish graphic design history as an academic field in Switzerland, as well as to make this discourse accessible to researchers and professional graphic designers in Switzerland and abroad.

All texts are illustrated with around 100 color and largely unpublished pictures. Besides these academic contributions, the publications contains three visual essays on the history of graphic design in Switzerland, as well as an extensive list of literature and other references.

thread-stitched open back booklet with flaps