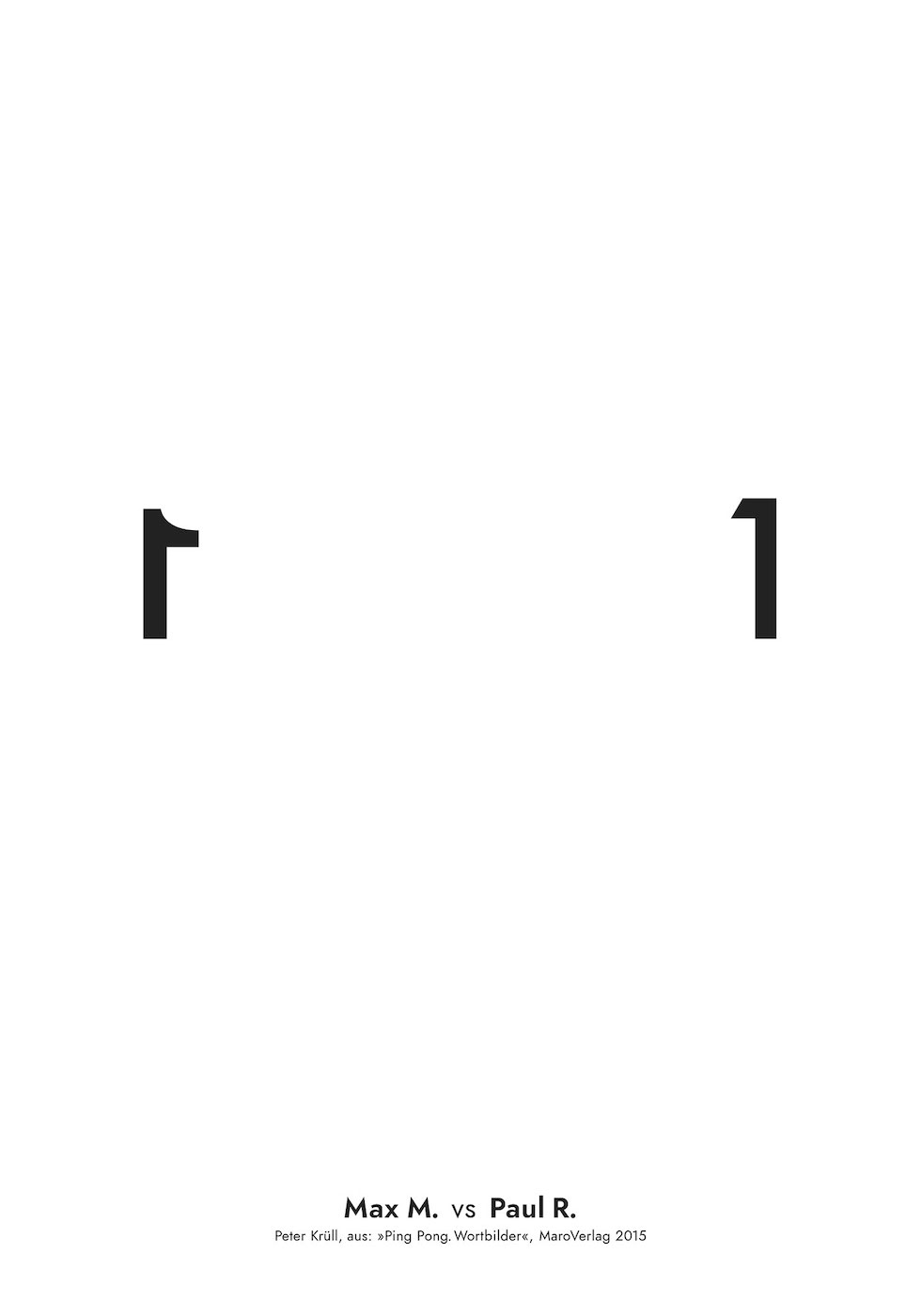 Two “ones” on this poster, designed by Peter Krüll, face each other. Two Glyphs of the most famous typefaces in the world: Max Miedinger’s Helvetica and Paul Renner’s Futura.
But who will win the battle? Max M. or Paul R.? Futura and Helvetica frequently alternated on the first place among the Grotesk typefaces. Sometimes the one, sometimes the other was the most frequently used sans serif linear Antiqua fonts. But it’s been a long time: Even if these classics will never completely lose their importance, there have been typefaces that display characteristics of both fonts. Are they the result of this duel?

This poster was designed by Peter Krüll. It is taken from the book »Ping Pong – Wortbilder« (MaroVerlag 2015). Peter Krüll is professor of typography and graphic design at the Faculty of Design at the TH Nuremberg and editor of WHO magazine. http://www.peterkruell.de