View cart “Antimedien im digitalen Zeitalter” has been added to your cart. 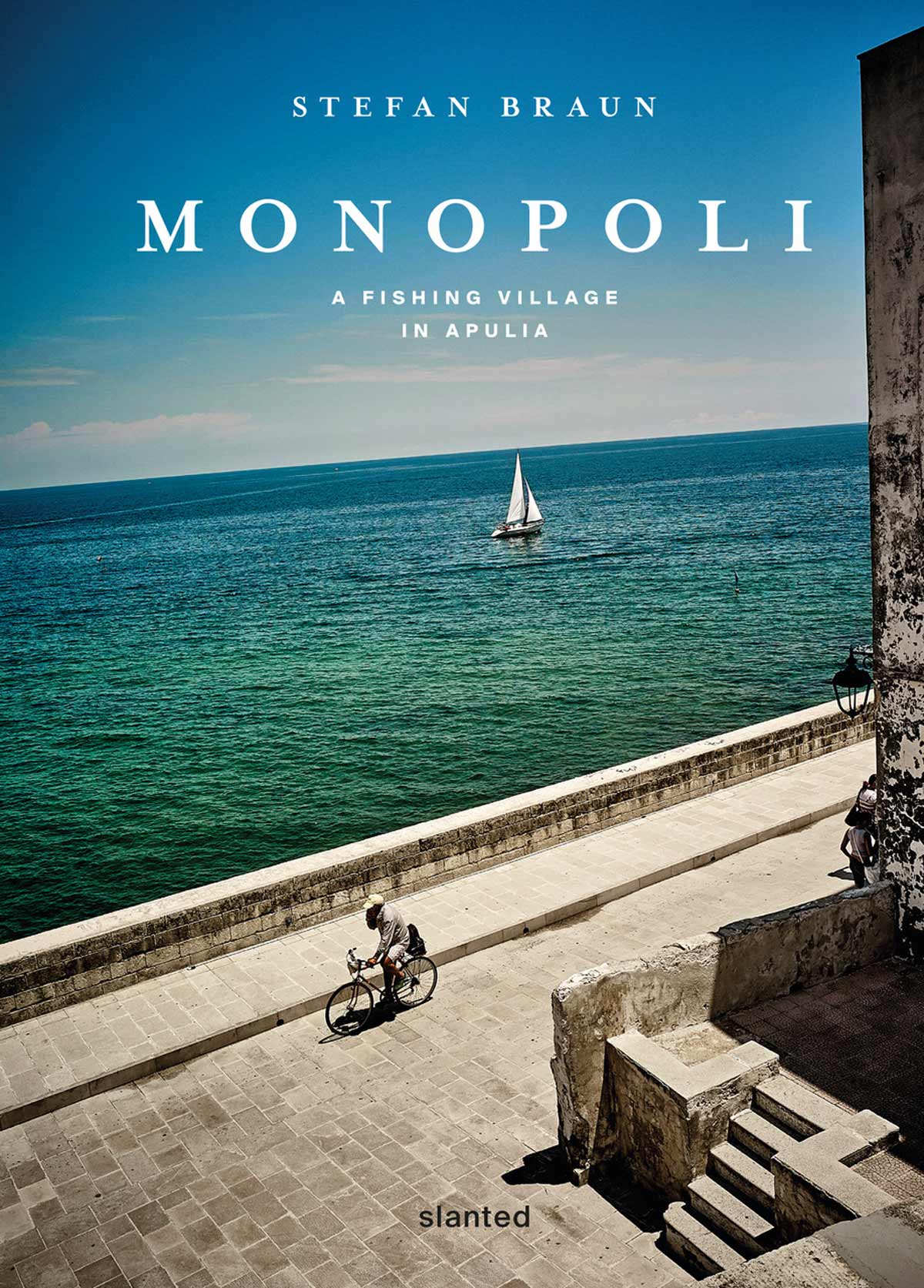 Monopoli is an Apulian city and not a board game, because this is written at the end with a “y.” Also, you will not find an avenue of castles or a bathing street in Monopoli. No, in the charming old town of Monopoli there are alleys with names like “Via Santa Maria” or “Via Guiseppe Garibaldi.” Monopoli was founded by Greeks in the classical antiquity and later over the centuries Normans, Byzantines, Staufers, Habsburgs, and Bourbons ruled here. And all of them left their traces in architecture, music, dialects and foods and beverages. But one thing had never changed and still won’t. The people of Monopoli have a very close emotional bond with their sea.

The Munich photographer Stefan Braun has been drawn to Monopoli in Puglia time and again for 25 years. With his camera he has documented the life in the narrow streets, the hustle and bustle of the fishing port and the delicacies in the cooking pots. When you look at his pictures you can feel that Stefan Braun has fallen in love with this little town and its people. The people of Monopoli trust him and let him get close to them. The pictures of Stefan Braun are not just snapshots. The pictures tell stories without words. Thus the tired, fearful faces of the fishermen tell of the difficult and often dangerous days at sea. The women proudly hold freshly baked, delicious foccacia into the camera and the old men tell each other stories from their youth while playing cards every day.

Who wants to understand what Monopoli is, should travel to Puglia or buy this impressive book. Or even better: do both.