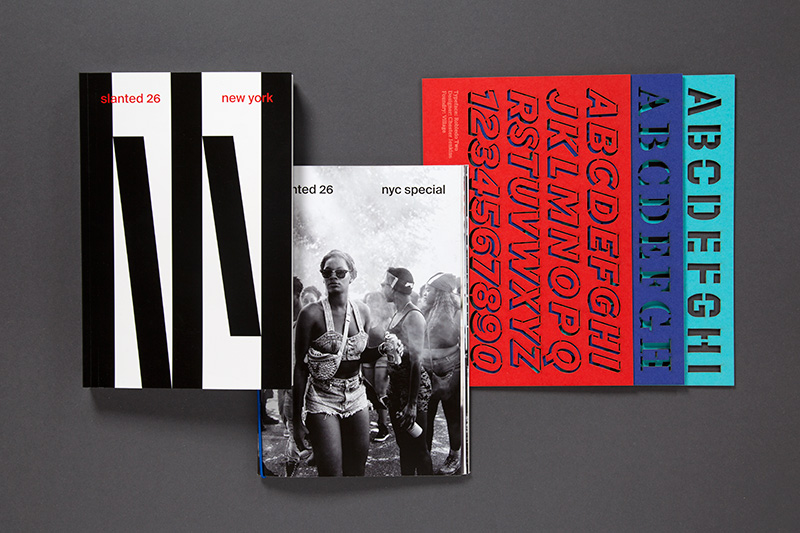 On occasion of the release of Slanted Magazine #26 – New York, we published the limited NYC Special which is exclusively available in the Slanted Shop. The edition contains a Photo Essay by Jochen Sand, a limited type-stencil-set, and an original letterpress bookmark which is part of the 83M80 project.

Jochen Sand is a German photographer who works for international clients since 1995. In September 2015, he accompanied the Slanted team on their way to New York to meet the young generation of designers, typographers and artists which witness and create the change of a megacity.

Many years ago Jochen Sand came to New York City as a young photographer already. Over there he discovered that hanging out on the roofs of Hell’s Kitchen shooting fashion or ending up celebrating Mickey Rourke’s birthday, was much more glamorous than giving a sexy light to doorhandles and kitchen cupboards.

New York is the city of superlatives – this inspiration and the collected experiences are very important to Jochen Sand’s work. For Slanted, he caught the pulse of the city, the breath of the streets, and the life of those who live and survive in NYC.

We love Type! Commercial Type, XYZ Type and Village – three type publishers from New York – created a font exclusively for the Slanted NYC Special which is now waiting for use as a set of three colored type-stencils. Lasercut and engraved by deroberhammer on colored Colorplan paper by Römerturm.