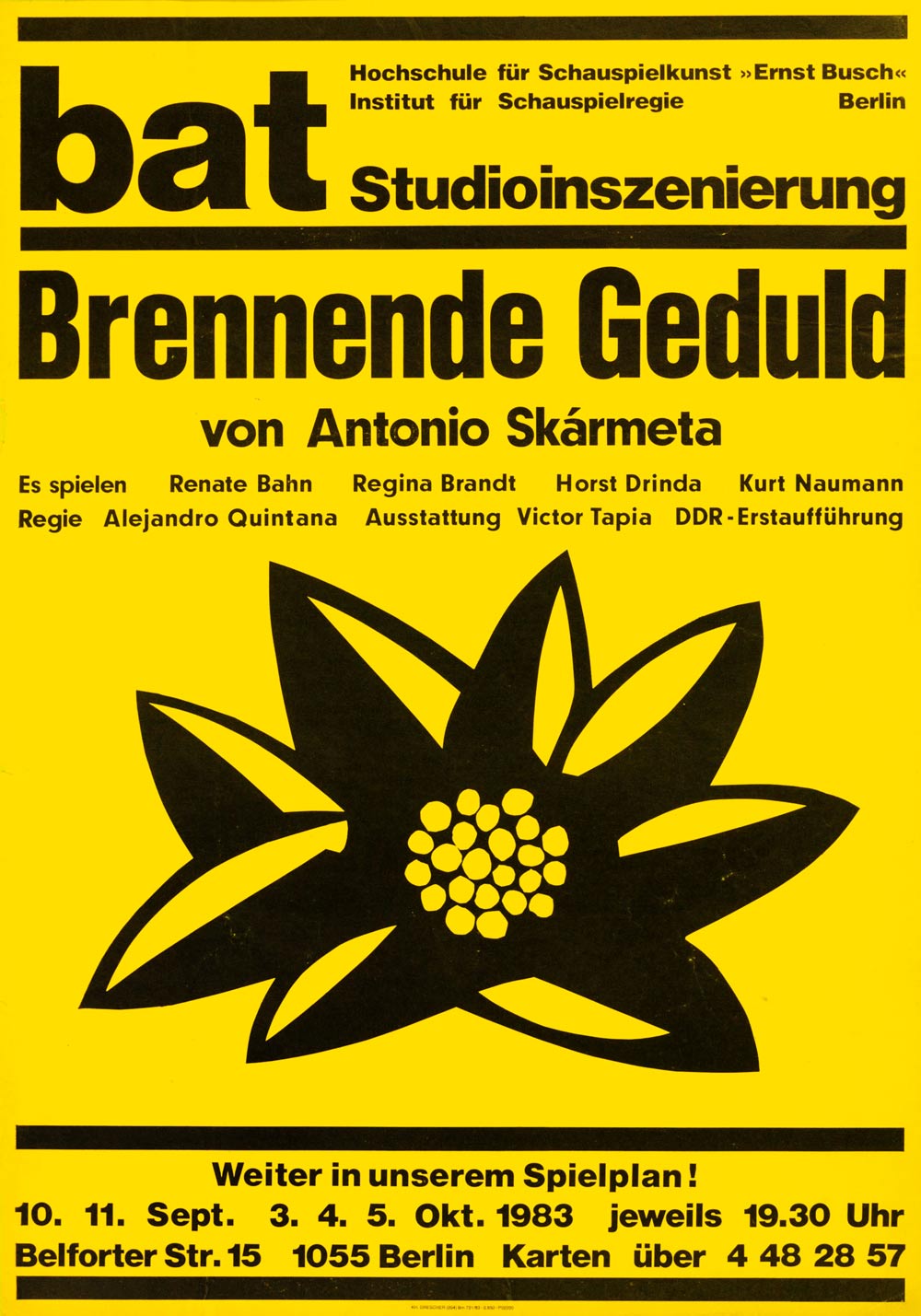 Karl-Heinz Drescher (1936-2011) was a graphic designer who worked for almost 40 years at the world famous Berliner Ensemble theater of Bertolt Brecht. His catalog of works today comprises over 400 posters, about a third of which are printed by letterpress. The original posters from the archive are provided by the family of K.H. Drescher. Despite the great age, they didn’t lose any of their value and history, that’s behind every single one of them.

More about Karl-Heinz Drescher can be found in the comprehensive book K.H. Drescher: Berlin Typo Posters, Texts, and Interviews published by Slanted Publishers.