View cart “Cihan Tamti — Breakout–100 Posters Book” has been added to your cart. 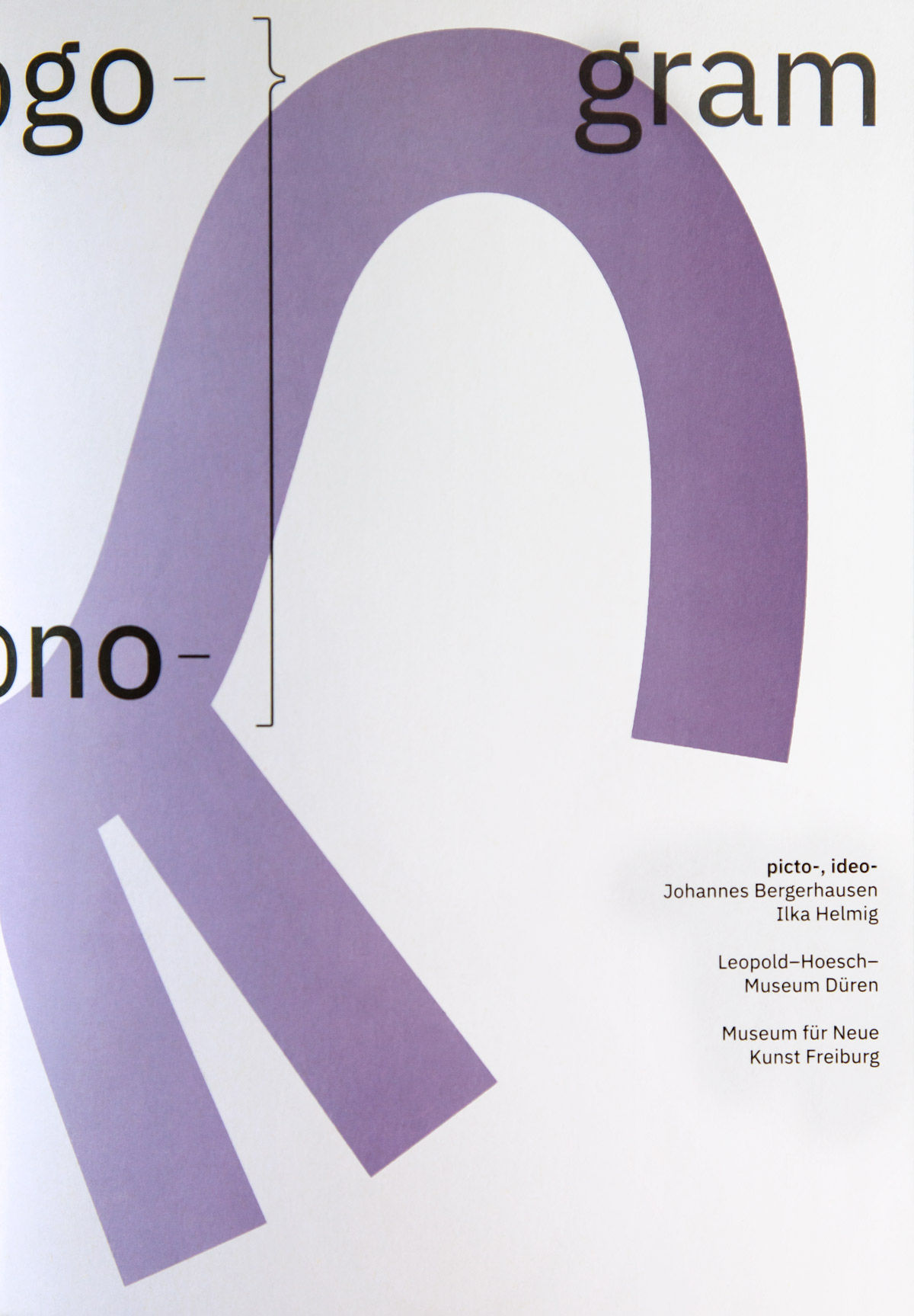 On the occasion of the exhibition Pictograms, Signs of Life, Emojis: The Society of Signs at the Leopold-Hoesch-Museum Düren 2020 and at the Museum für Neue Kunst Freiburg 2021 the publication picto-, ideo- — by Johannes Bergerhausen and Ilka Helmig was published.

Designer and researcher Johannes Bergerhausen and artist Ilka Helmig focus on the unknown and opaque writing systems. What is a script? How many people speak which language? And what are the missing scripts? The editors open a discourse on script as a cultural asset, the existing inventory of written languages, the digitization of the world's languages, and missing typographic signs for so-called “non-Latin” or “minority” scripts.

Prof. Johannes Bergerhausen, born in 1965 in Bonn, studied communication design in Düsseldorf and lives in Cologne and Paris. In 1998 he was a scholarship holder at the Centre National des Arts Plastiques in Paris. Since 2002 Johannes Bergerhausen is a professor for typography and book design at the Hochschule Mainz. In 2005 he released decodeunicode.org, sponsored by the Federal Ministry of Education and Research. He is a Guest lecturer worldwide and won numerous awards. He published the books decodeunicode—The characters of the world (2011) and Digital Cuneiform (2014). Prof. Johannes Bergerhausen used to be Visiting Professor at the Atelier National de Recherche Typographique (ANRT) in Nancy, France between 2014 and 2015.

Prof. Ilka Helmig, born in 1971 in Frankfurt am Main, studied fine arts and communication design in Nuremberg and Bonn and lives in Cologne and Paris. Since 2007 she is professor for drawing and visual conception at the University of Applied Sciences Aachen. Ilka Helmig has led several workshops, has been part in numerous solo and group exhibitions (most recently NAK Neuer Aachener Kunstverein and Art Cologne 2016).

In their publication, Ilka Helmig shows drawings of air twirls created by the act of speaking and articulating. Air is extruded through the lips of one's tongue and released into the atmosphere in the shape of structured air vortices. Scientists have discovered that the vortices of spoken sounds are replicable.