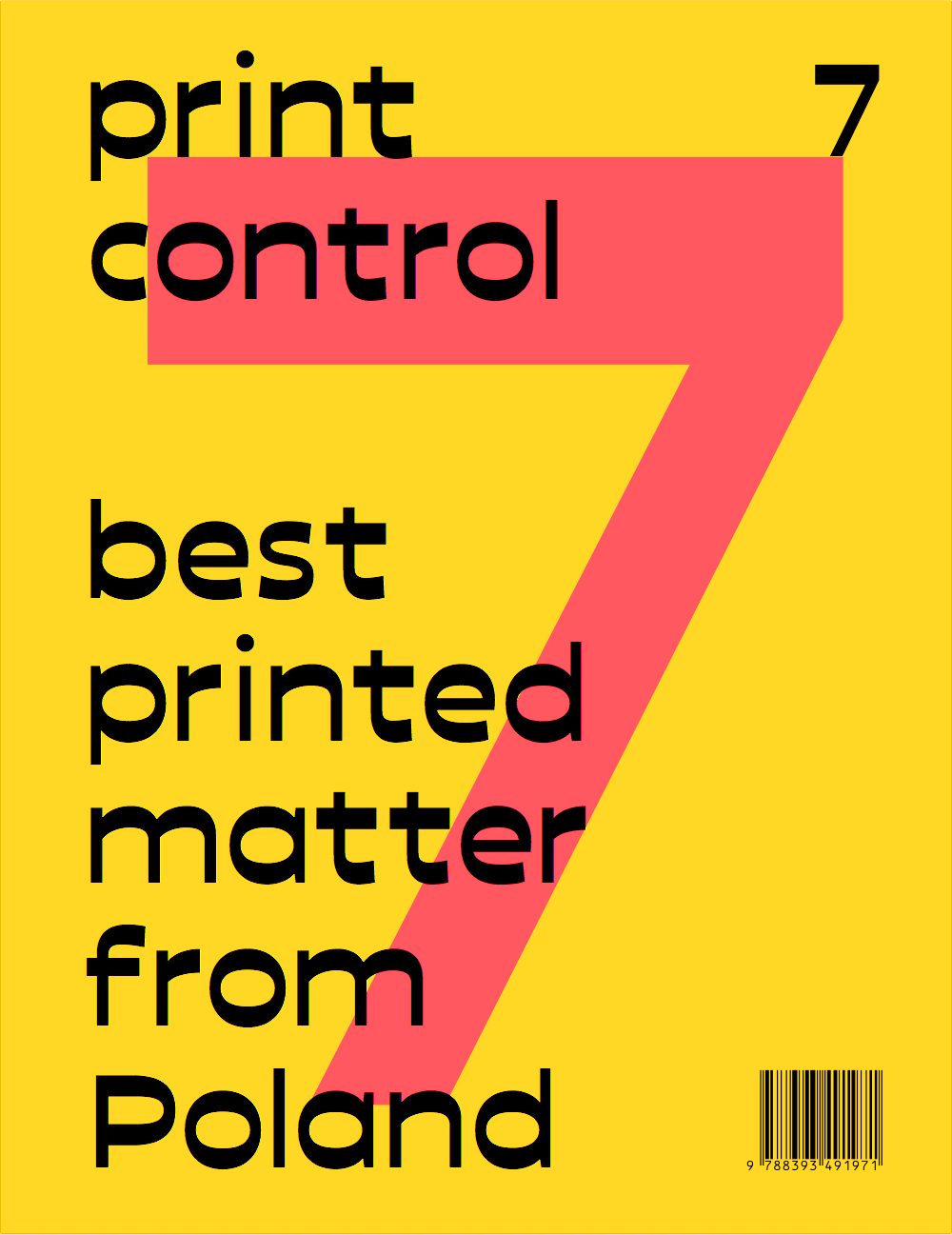 Print Control 7 – the latest on the thriving Polish print design scene. Print Control is an online platform and annual magazine for promoting Polish design through publishing, exhibitions, and cultural events. In these eight years we have been seeking out the best examples of graphic design and building a comprehensive collection of works.
The Polish typographic workshops never developed a homogenic, universal letteringcode that would allow a strong identity to be built. Therefore, contemporary Polish designers tend to have an investigative approach – they search for what is unique and what can provide them with reference points that can be helpful in their creative work. They are inspired by archives, the surrounding streets, the ambience of Polish cities and countrysides – and telling stories about the places in which they live.
The process solidifying the rediscovered and fragmented lettering or forgotten fonts is digitalization. In 2017, Bona Nova, a digital version of the Bona typeface designed in 1971 by Andrzej Heidrich – a Polish banknote designer – became a project widely shared by Mateusz Machalski. Coincidently at the Book Art Museum (while arranging a Warsaw matrix collection) Janusz Tryzno came across a large package captioned “Brygada”. It was then established that the type came from the interwar period. It was probably created around 1928 in commemoration of the tenth anniversary of Poland’s independence, in Idźkowski in the S-ka type foundry. Its genesis had a patriotic dimension – after uniting Polish territories from the three partitions (Russian, German and Austrian) where Cyrillic, Gothic and other lettering had been used over the years, Polish fonts with Polish diacritical marks were needed. Mateusz Machalski, Borys Kosmynka and Przemysław Hoffer worked on the digitization process, finishing
it in 2018 with the release of the Brygada 1918 font under a free license, and introducing it for official use in the Chancellery of the President of the Republic of Poland.

One can gain a sense of how important typographic activity is currently by reviewing the works of the winners of the Project of 2017/2018 competition organized by the Association of Polish Graphic Designers. Jan Estrada Osmycki received an award for the Sudety typeface – inspired by the rich visual culture of Lower Silesia, and designs from the Traffic Design Association: Re:Design, biennale, Na_Prawa, with characteristics typical of local modernized signboards, building façades and neon lights, were awarded for their fundamental initiative of shaping aesthetics in small communities. Additionally, Ludka Biniek – a graduate of the Warsaw Academy of Fine Arts – was awarded for awareness in the process of shaping typographic forms.
In 2018, two books were published on the topic of typefaces, explaining how history and social conflicts find expression in Polish lettering – its forms, the context of its use and the ideologies behind it. These were “Od Solidarycy do TypoPolo: typografia
a tożsamości zbiorowe w Polsce po 1989” [From Solidarica to TypoPolo: Typography and Collective Identities in Poland After 1989] by Agata Szydłowska and “Solidaryca – fenomen komunikacyjny” [Solidarica – The Communication Phenomenon] by Tomek Bierkowski.
Both books are dedicated to the phenomenon of “Solidarycy” and analyze the relationship between typefaces, national identities and vernacular typography. It’s for this reason that this year we publish in-depth interviews with heroes who are turning to workshops, forms, manual work, but also modern technology in relation to typography.

The Łódź designer Jakub Hakobo Stępień (page 124), discusses TypoPolo, public space lettering and temporary design as a survival method. Thanks to Dagma Swietek (page 140), the owner of the Mutant Letterpress Wroclaw printing house, you will encounter the world of old typesetting and typographic machines – the use of which requires immense intuition and perception. Together with Borys Kosmynka (page 176) you will visit the Book Art Museum in Łódź and get to know the digitization history behind the Brygada 1918 font, while the interview with Warsaw typographer and activist Mateusz Machalski (page 160) covers his enthusiasm towards font design and other wide-ranging activities. Finally, Marianna Paszkowska (page 194), working currently at Monotype in Berlin, recounts the latest technological solutions in variable font design.