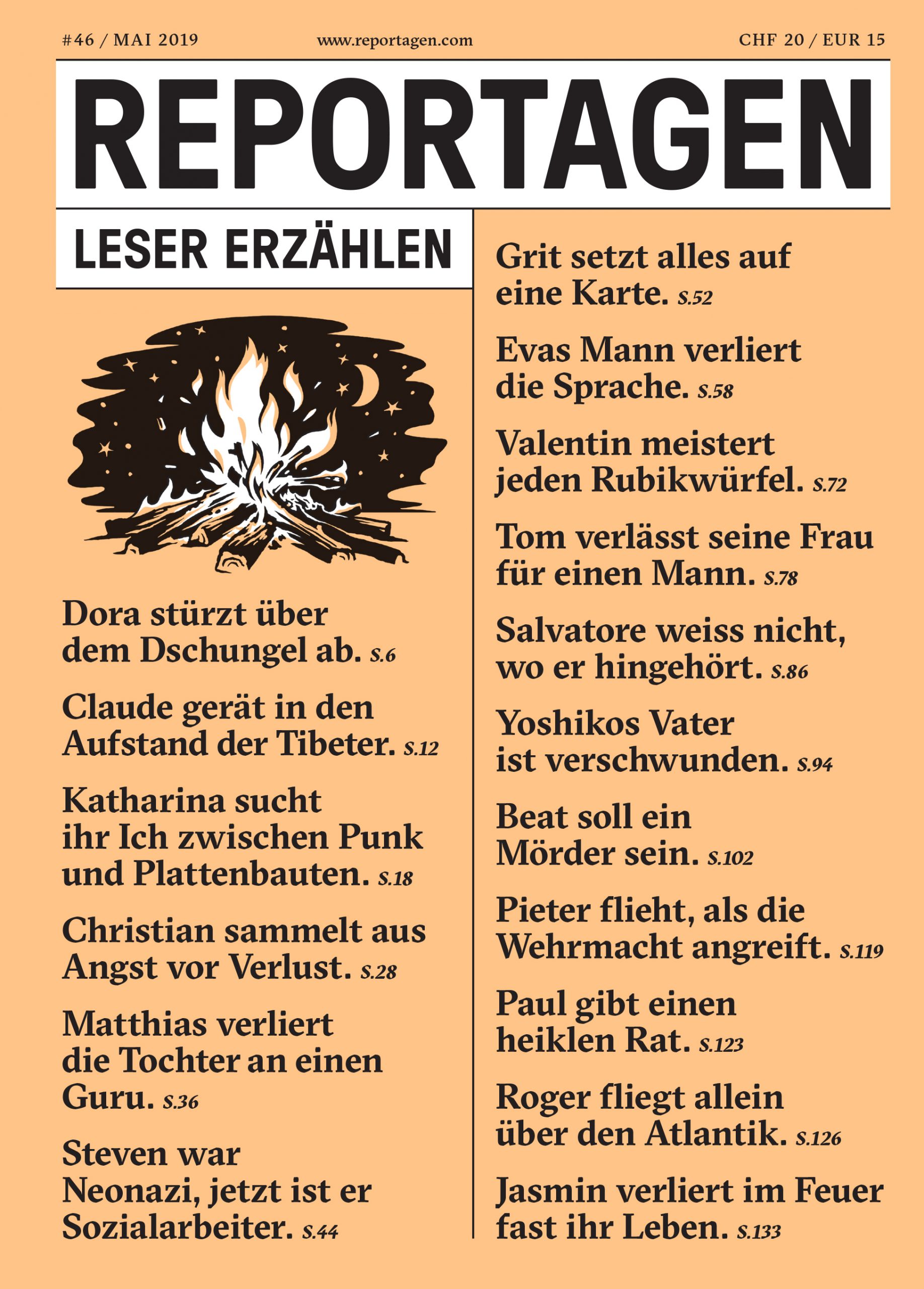 – Katharina searches for her self between punk and prefabricated buildings. Dark-skinned, East German, worker’s child—a woman who is always different. By Christoph Dorner.

– Christian collects out of fear of loss. He photographs toilets, hoards door wedges and notes his sleeping times. By Dmitrij Kapitelman.

– Steven was a neo-Nazi, now he is a social worker. The story of a radical transformation. By Dmitrij Gawrisch.

– Salvatore does not know where he belongs. Germany or Italy: Since his childhood he has been wondering where his home is. By Urs Mannhart.

– Yoshiko’s father has disappeared. She is still a child when he leaves his family. By Sabine Riedel.

– Beat is said to be a murderer. Is the Swiss innocent in prison in Italy? By Erwin Koch.