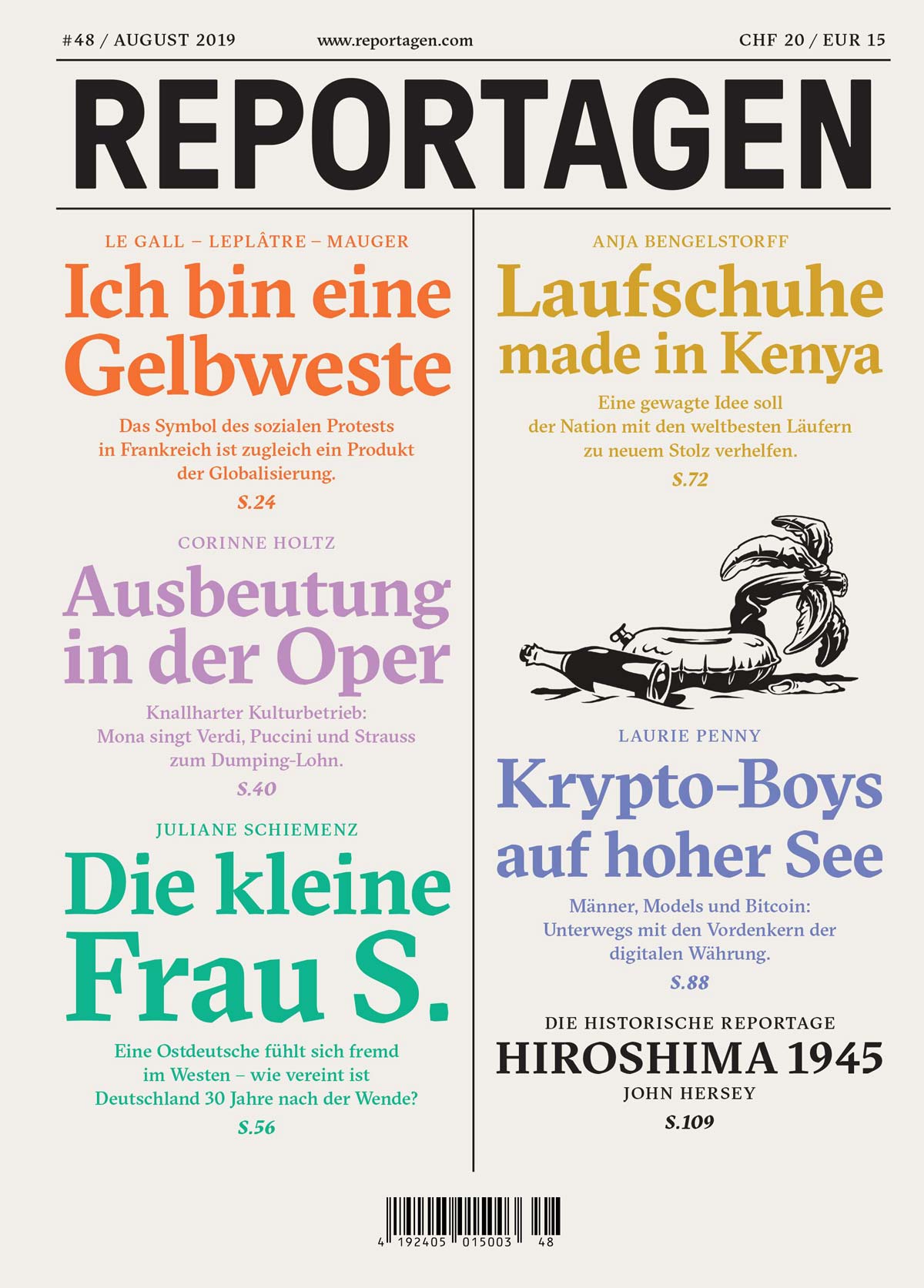 –  I’m a yellow vest. The symbol of social protest in France is also a product of globalisation. By Catherine Le Gall, Simon Leplâtre, Lena Mauger.

– Little Frau S. An East German feels strange in the West - how united is Germany 30 years after the fall of communism? By Juliane Schiemenz.

– Running shoes made in Kenya. A daring idea should help the nation with the world's best runners to new pride. By Anja Bengelstorff.

– Crypto-Boys on the high seas. Men, models and Bitcoin: On the road with the pioneers of the digital currency. From Laurie Penny.