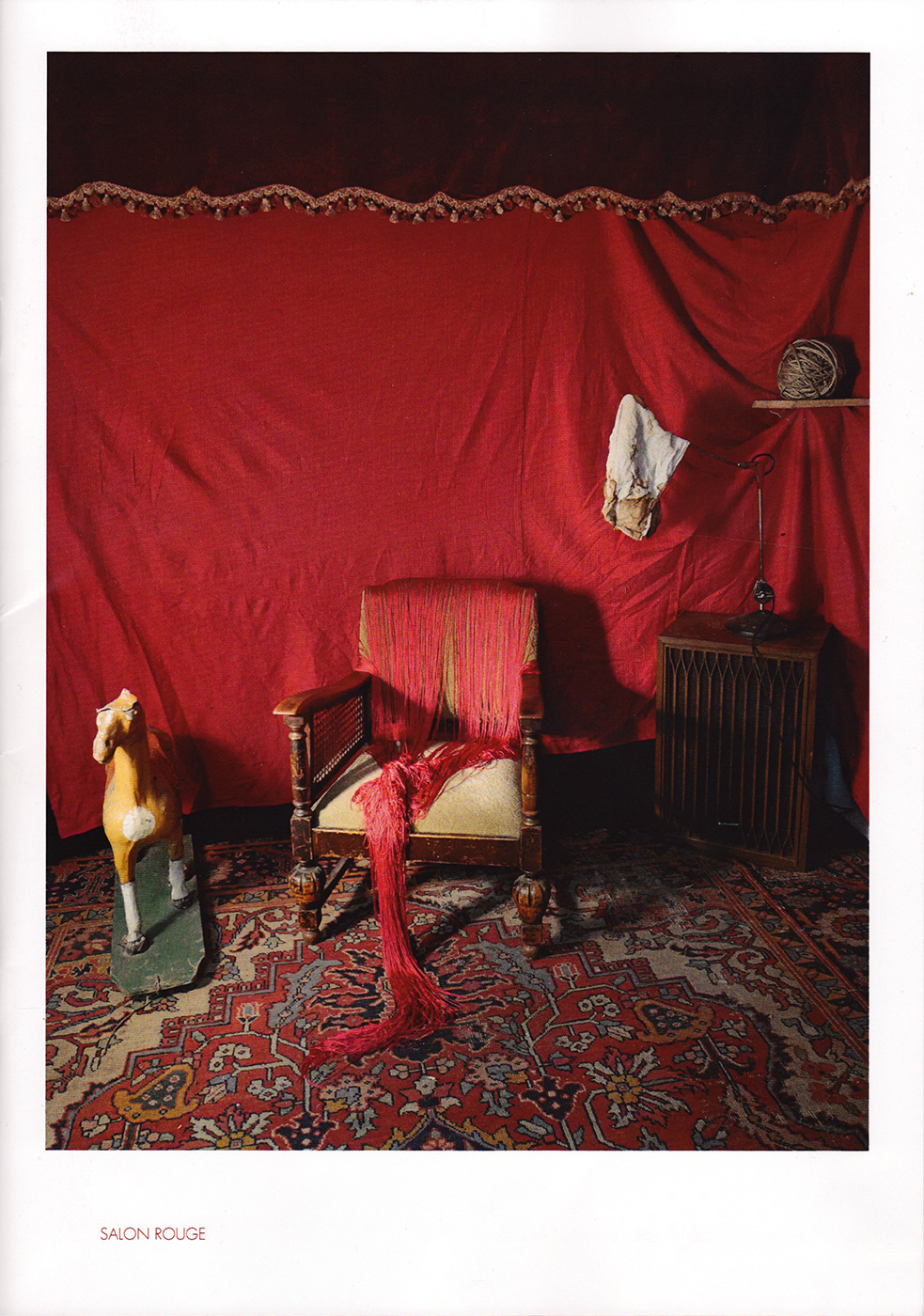 One might consider the Salon Rouge as a small temporary enclave, an eddy of consideration in which the projected & photographically captured persona comes to the fore…the one between the public face and the mirror gaze, doubtful and self-conscious, but caught in an unguarded moment while outside the city is locked down in a red alert and the world raves on.  A classic studio-setup without the intimidating high-tech environment,closing in on that humorous “punktum” that was the original point of departure.  A suite of portraits taken at Buktapaktop in Brussels as part of a performance-installation “Zut! Mon Humour”
conceived by Patrick Morarescu and Heinrich Obst in November 2015.
Edition: 200 copies
Quotes and fragments by: Roland Barthes, Patrick Morarescu, Johnny Amore, Heinrich Obst (attempted translations)