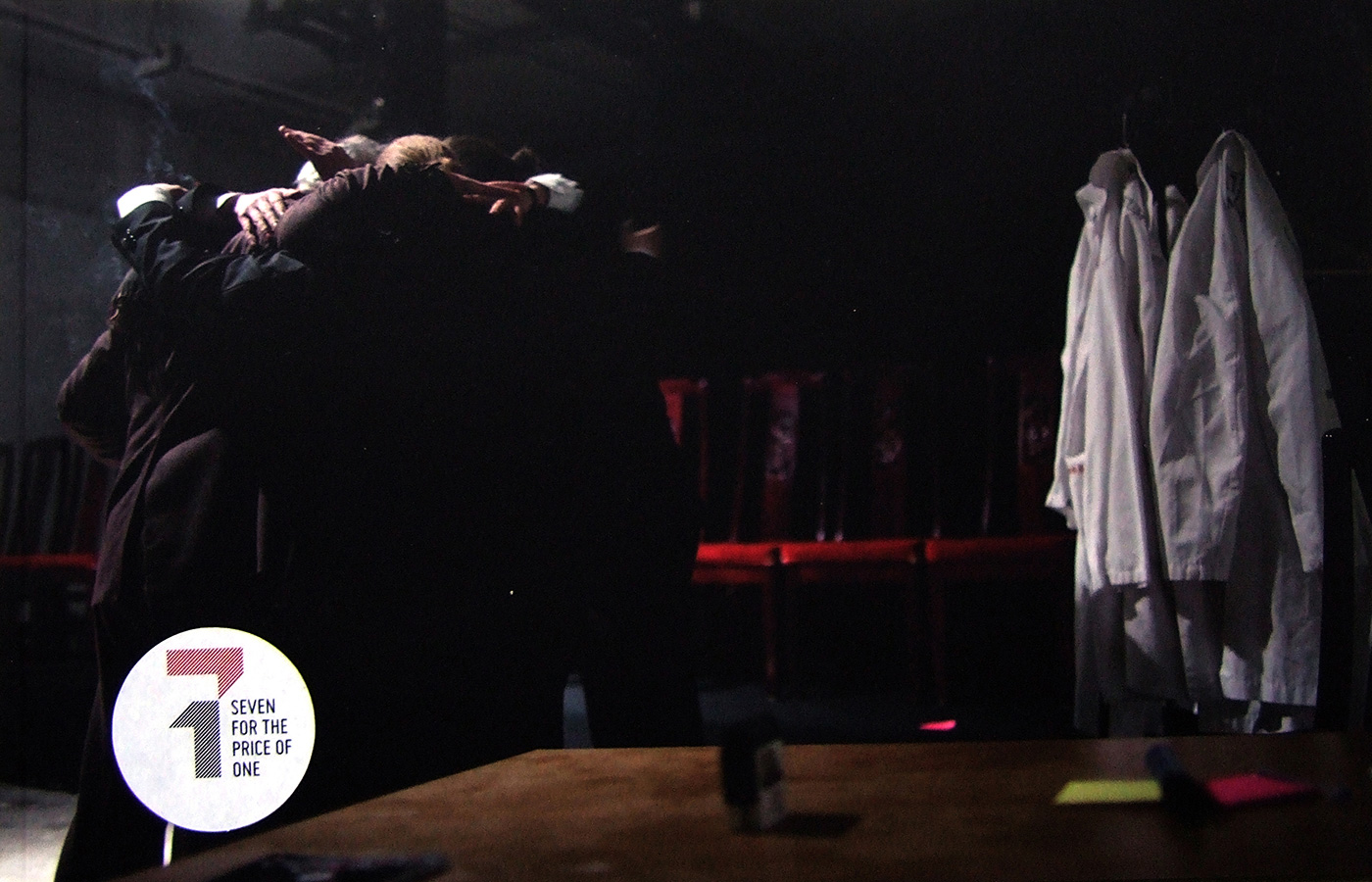 SEVEN FOR THE PRICE OF ONE

”In our case we can talk about “performance inside the performance” as it makes a critique about the commercialisation of art by doing a work of art. They are asking themselves and the public if performance art can be profitable and they are representing this dilemma in a series of performances.”
– Irene Pascual –

In February 2010, the Messianic Research Centre for Visual Ethics (MRCVE) and Johnny Amore conducted in Germany and the Netherlands a series of performances entitled 7 For The Price Of 1. Presented in the form of a shopping trip, the tour travelled from Berlin to Rotterdam, acquiring seven performative actualisations along the way.
Just like the earlier works of MRCVE and Johnny Amore, the project was not merely a series of performances, but an opportunity to collect research data for further refinement and to test in practice the premises raised by theoretical research. The aim of the performances was to increase the apportioned capital of the project, because the easy market criticism of the economically oriented contemporary reality clearly needed to be complemented with objective research that would give reality an opportunity to argue its logic.
Deconstructing trade and the mechanisms of the economy, the project culminated at Pori Art Museum in October 2010, presenting a summary of the results gained with the methods of performative economic research.

In connection with the performance tour the Messianic Research Centre for Visual Ethics (MRCVE) and Johnny Amore published a publication, which has been produced in cooperation with Satakunta University of Applied Sciences/performance studies, Finnish Fund For Art Exchange FRAME and Pori Art Museum.
The publication contains two essays: Irene Pascual, who is a Spanish artist and art historian, followed the tour and in her essay she analyses each performance and it’s results. Finnish performance artist Aapo Korkeoja is writing about the state of the Finnish contemporary art scene, artists’ role in the Finnish contemporary society and the innovative aspect of art.

The publication contains an extensive photographic documentation of the performance tour.
Video: https://vimeo.com/78349470