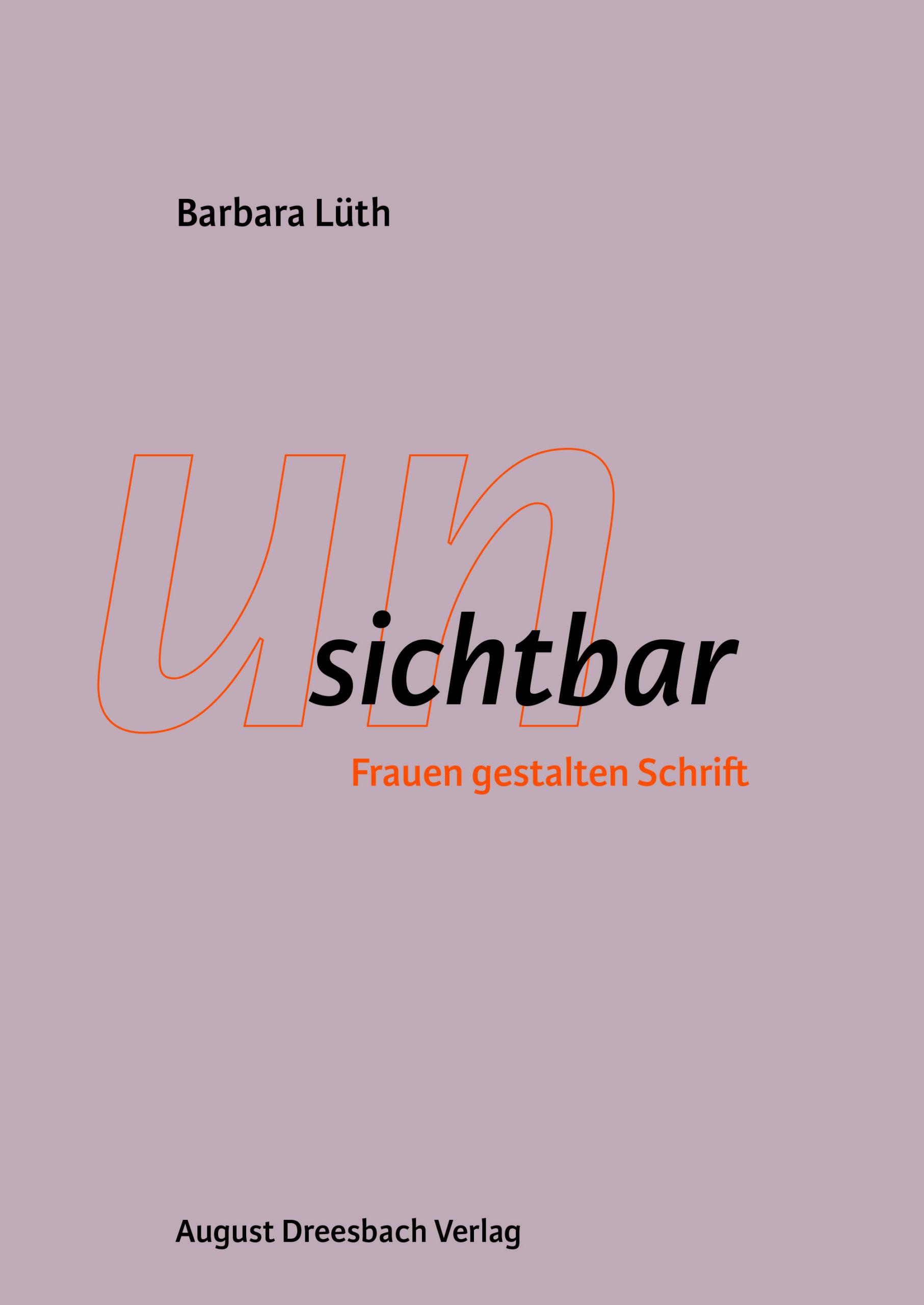 Anyone who deals with the topic of type design can’t help but ask themselves: Where are the women? Barbara Lüth has asked herself this very question and in her book “unsichtbar – Frauen gestalten Schrift”. She provides insight into the lives and work of a total of 20 female type designers.

In the first part of the book, the author explains in an accessible way how these women have been the field of type design since the beginning of the 20th century and make a significant contribution–without, however, receiving the attention they deserve in the male domain.

In the second part, several women type designers answer five questions about their work, including the process of creation and their favorite letter. The book “unsichtbar – Frauen gestalten Schrift” aims to one thing above all: to make the lives and work of these outstanding women visible.

Barbara Lüth was born in Innsbruck in 1973. As a trained goldsmith, she has always been devoted to design. She spent several years in Norway, where she increasingly turned to this passion. Since a few years she is engaged in typography and lettering. From 2018 to 2020 she completed the seminar “Typografie Intensiv” in Munich.