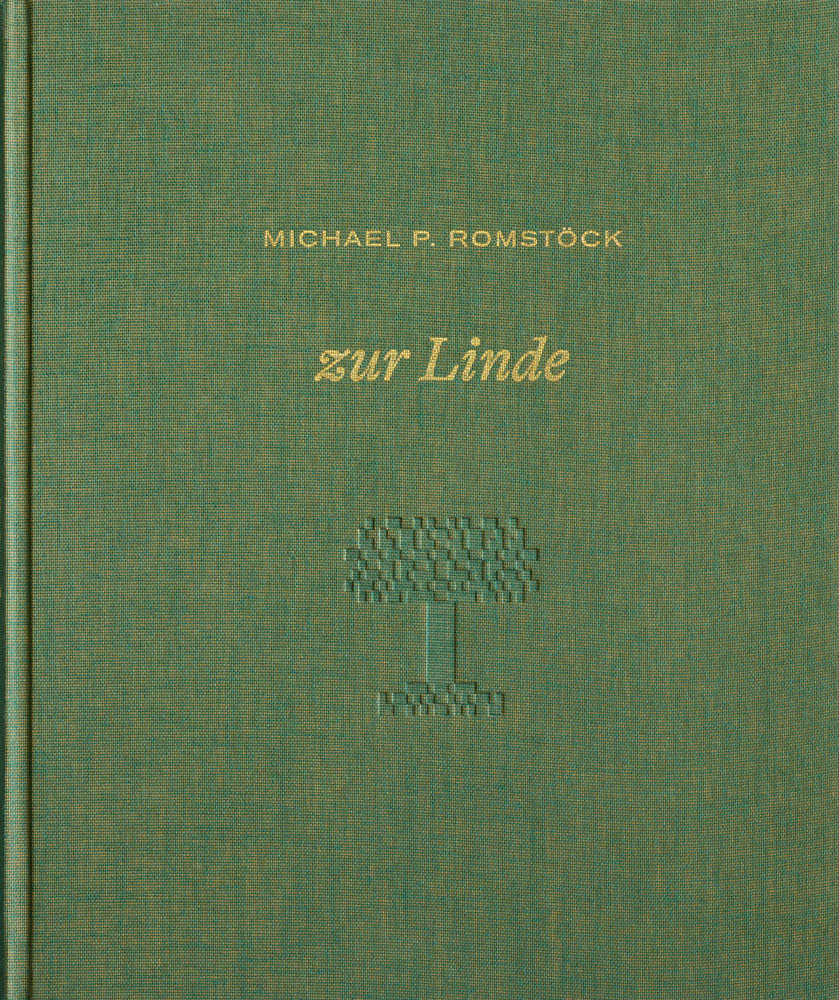 “zur Linde” is an ode to the lime tree which is deeply rooted in German culture as a place of communion and as a symbol of justice and love. Not only has it played a prominent role in village life and graveyards, but it was also a location where judicial courts were held, and frequently appeared as a motif in art and literature. In addition, aside from traditional and folkloric connotations, the iconic lime is part of everyday life–used widely as a means to bring green to cities and often serving as a landmark; it has even leant its name to a TV series.

The photographer Michael Romstöck explores the significance of the lime tree as a site of pre-Christian assemblies and in the romantic experience of nature, while also examining its ideological exploitation.
Over a period of one and a half years, Romstöck visited more than sixty places in Germany with his analog, large-format camera. He selected them either because they boast a lime that holds an important place in the country’s cultural history or are associated with the tree’s symbolism in some other way. Investigating the lime’s current status, Romstöck unites a variety of motifs, different types of images, and text fragments into an essay-like narrative: Why did earlier generations raise (natural) monuments and how can we maintain them in future? What meaning do they have today and how does this meaning change in our rapidly evolving world? What can we learn from them–and what can they tell us about ourselves?