In collaboration with the Bauhaus Dessau Foundation and Erik Spiekermann, Adobe has realized the project and will now successively publish five new fonts based on legendary Bauhaus designs by Xanti Schawinsky, Joost Schmidt, Carl Marx (July 2018), Alfred Arndt (August 2018) and Reinhold Rossig (September 2018). In June Adobe already published the fonts Xants and Joschmi, which are available via Typekit.

Now the project is entering the next round: CarlMarx, based on the work of Bauhaus master Carl Marx, was designed by Hidetaka Yamasaki  (University of Reading, UK).

CarlMarx
This typeface is based on lettering by Carl Marx (1911–1991), designed during his first semester at the Bauhaus in Joost Schmidt’s class, in 1932. Although the letter proportions are based on Schmidt’s teachings, the forms are not constructed from compass and ruler, but drawn with brush and marker, lending the words a warm and lively touch. Hidetaka Yamasaki redrew the letters from scratch and added all missing characters for today’s needs. A set of hanging figures, alternates for some critical letterforms (such as f, r, and t) as well as several ligatures make CarlMarx especially suitable for use in body text. As suggested by Marx, Yamasaki captured two weights from the original drawing and perfectly adjusted light and bold to highlight words and create hierarchy in headlines—without losing or adding space. True to the original, Yamasaki captured the wobbly contour in CarlMarx, preserving warmth in the condensed geometric style of the early 1930s. 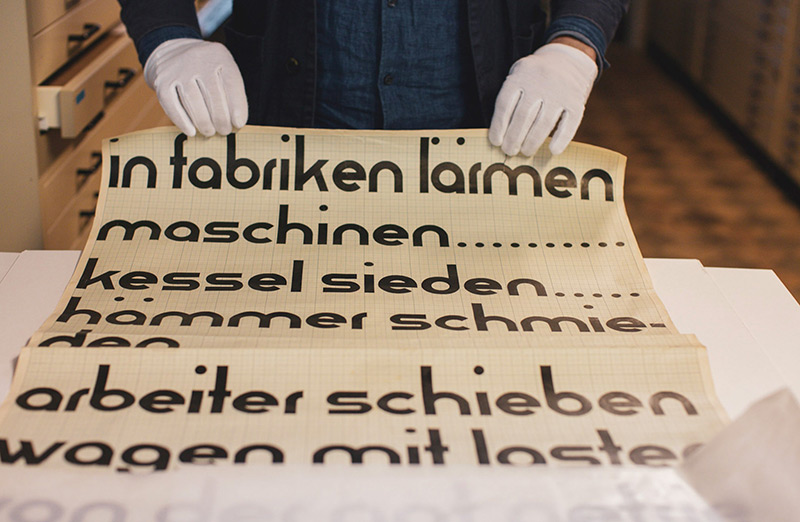 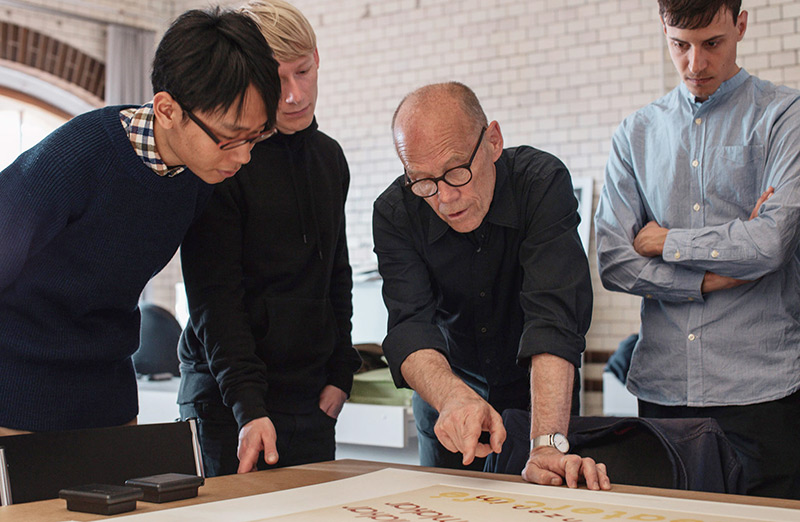 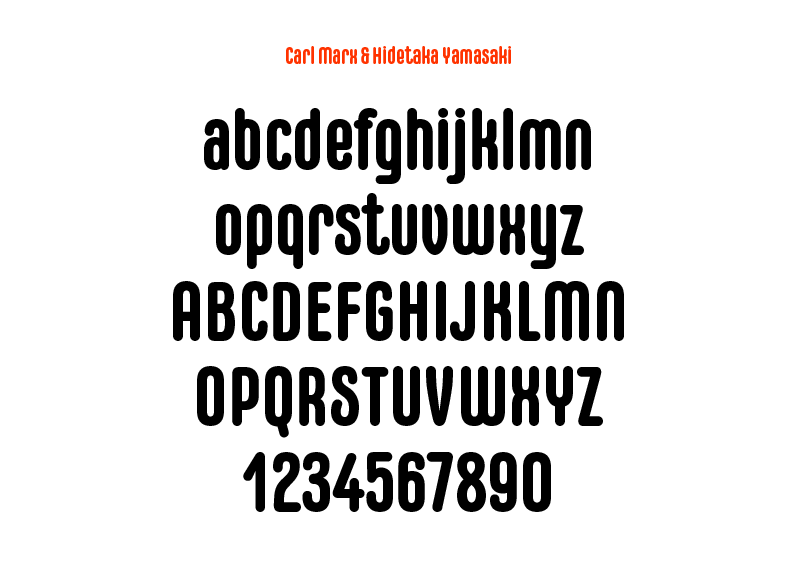 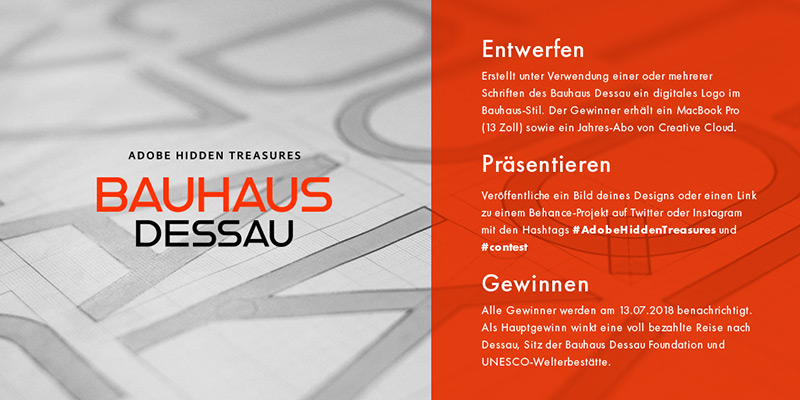 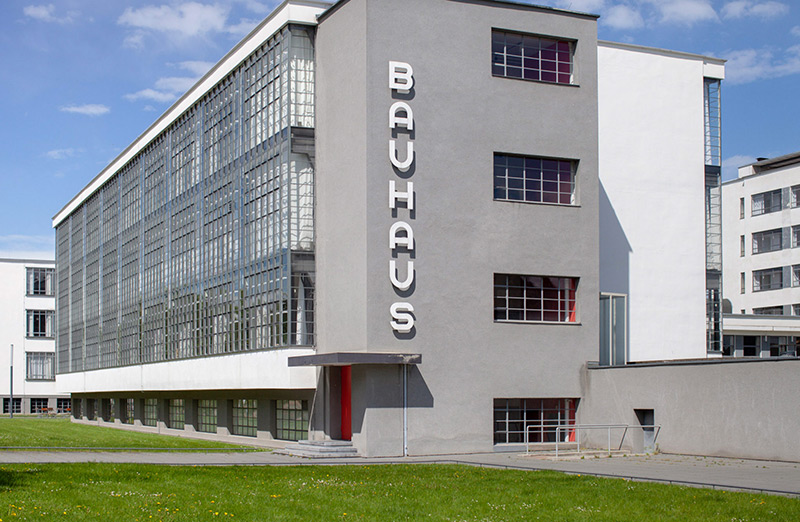