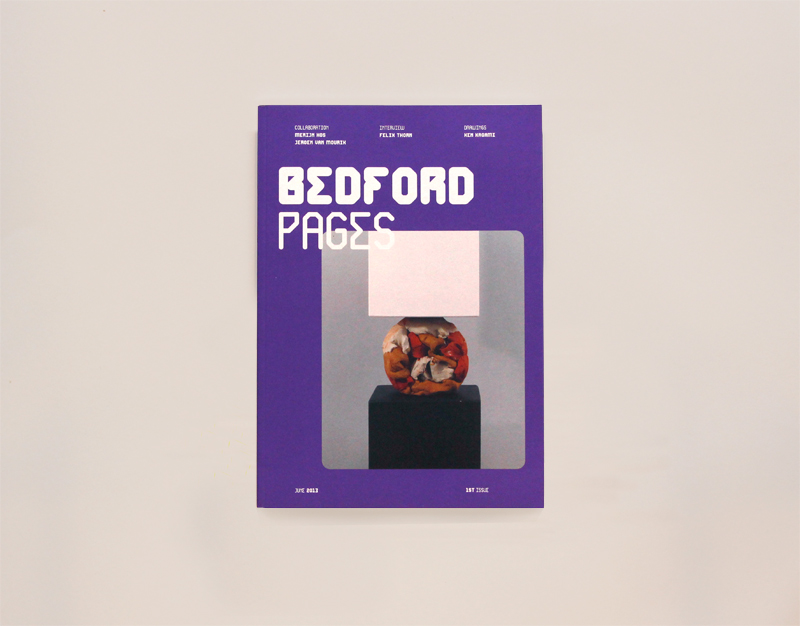 Pressetext: Bedford Pages is the third edition of Bedford, an Utrecht based co-operative that annually celebrates art, design and music throughout an ever changing form.

After hosting two temporary exhibition spaces in the city centre of Utrecht, Bedford felt that it’s existence as a temporary exhibition space, within the flourishing art community lost its clout. Where others picked up the concept of space itself, Bedford was destined to continue in another form – one with more depth, more community, and more reach for the artists we’re excited about. Out of our obsession with print and its opportunities we’ve created Bedford Pages : a series of four magazines.

Based on our double-feature exhibitions in previous years, each issue of Bedford Pages is curated by the two different artists we invite to be guest editors. This duo will decide upon the content and will also create a series of works specially made for the pages of Bedford. By inviting two artists that never worked with each other before we create a unique experience for both artists and reader.

For this inaugural issue we’ve challenged the longtime friends Merijn Hos and Jeroen van Mourik to fill its blank pages. Both artists aren’t too keen on classifying themselves. But to give you a general idea, Merijn works as an illustrator, but sometimes he feels like making a couple of hundred folk-art inspired sculptures, doing some art direction or creating an installation. “I don’t want to be one thing; I’ll try anything that comes on my path if it seems fun”. Jeroen is equally reluctant to have his work categorized. As he makes abstract murals under the name Wood, but also works as a graphic designer and had recently turned some of his abstract drawings into wooden sculptures. Next to this he publishes other artists work with Stickit, and throws parties with the Utrecht 030303 DJ-crew.

Even though they have been friends for over a decade, Jeroen and Merijn are each other’s opposite in almost every aspect. From their taste in music and background  to the style and method of their work, they’re nothing alike. Like Jeroen says, “Merijn works really free and quickly, doodling away. As for me, before I even start to work on something it needs to be thought out completely.” This makes the content of this issue not a result of random selection, but can be traced back to the theme of the magazine: contrast. 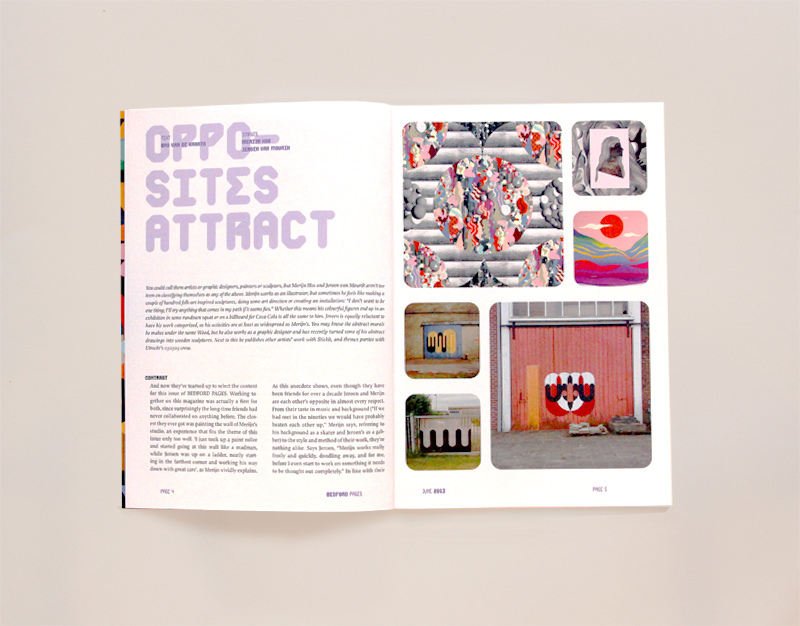 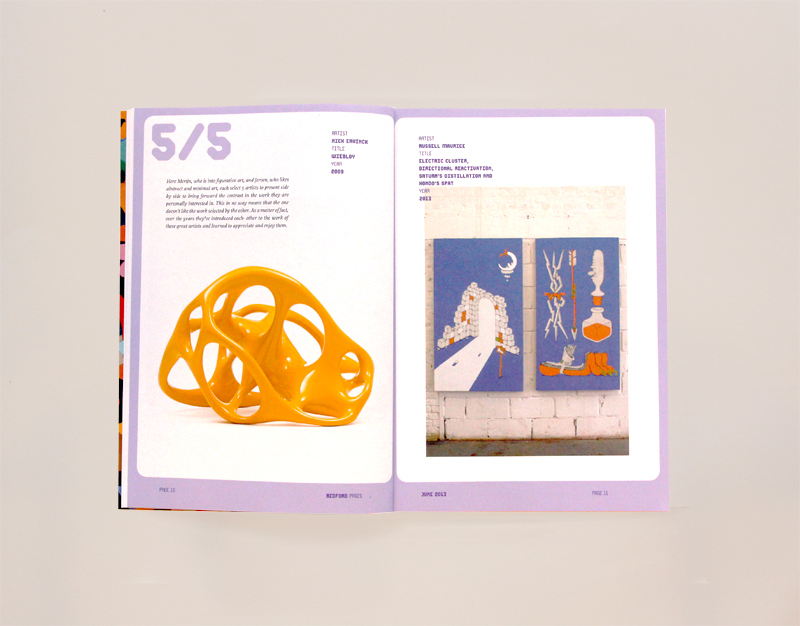 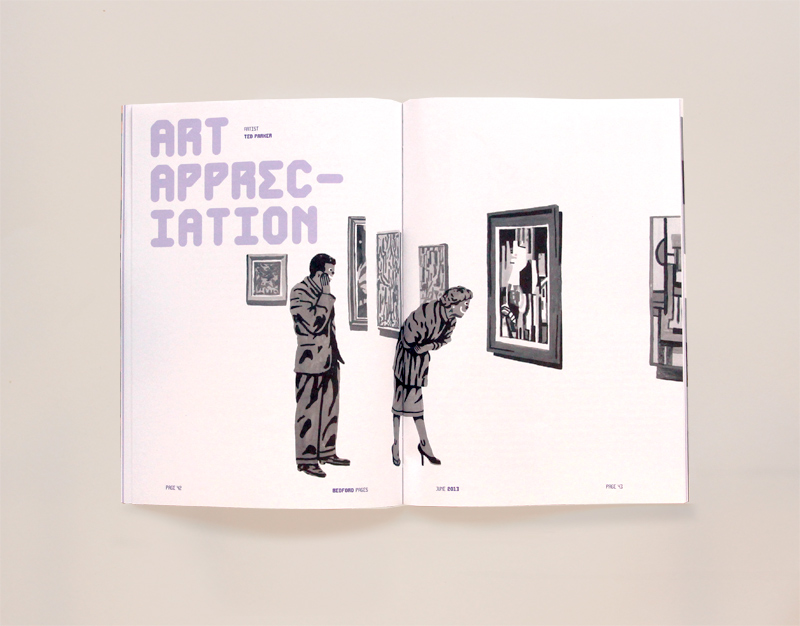 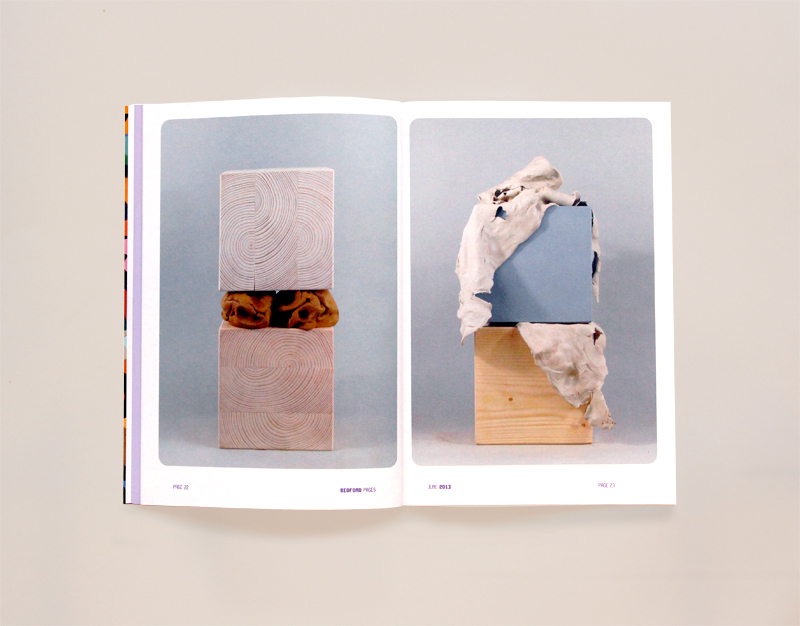 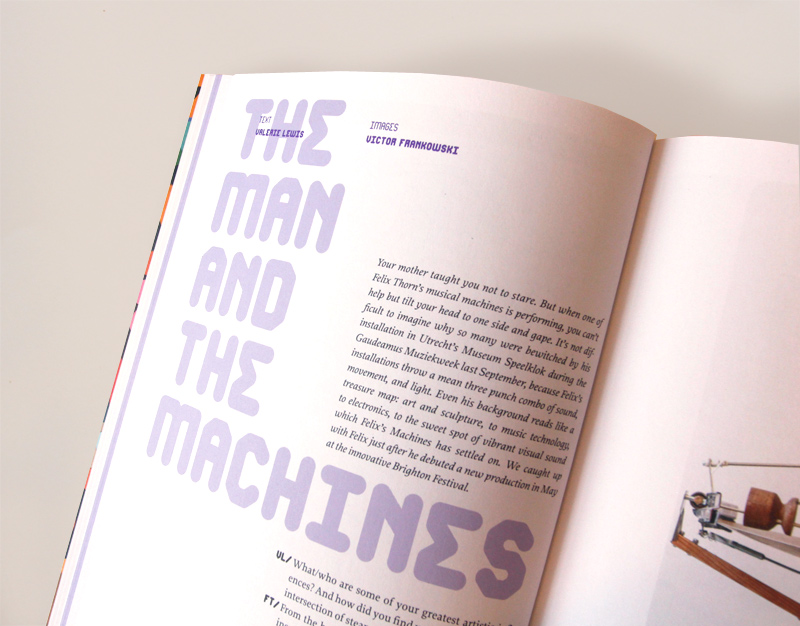 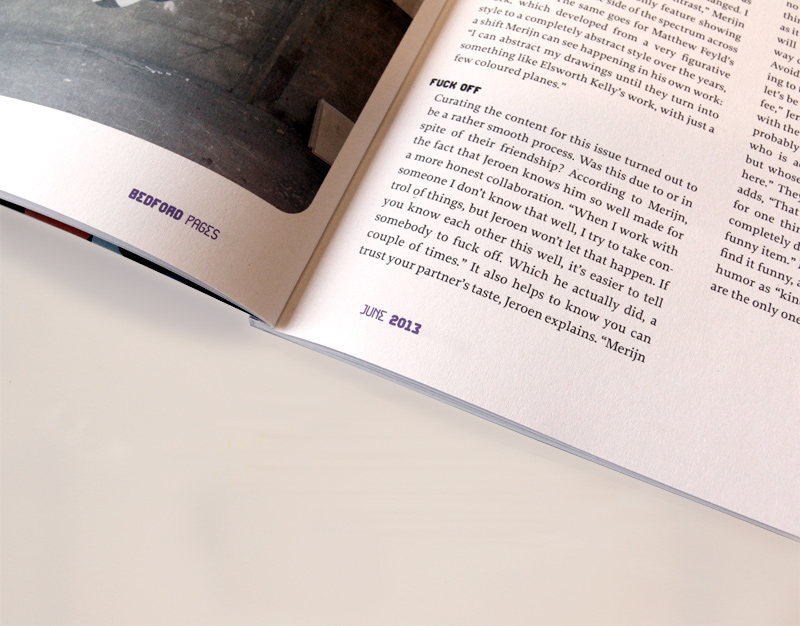 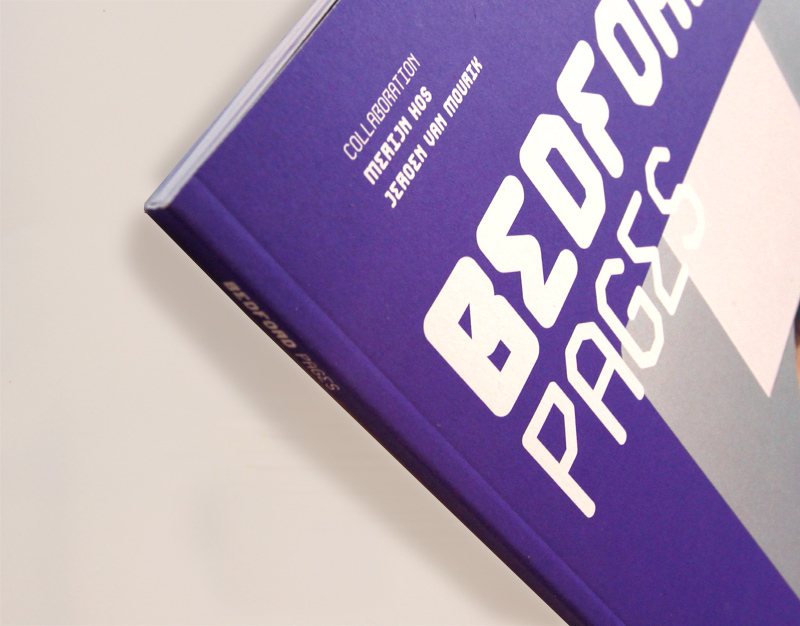