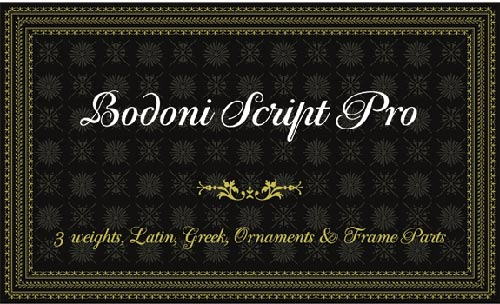 “The online version of Bodoni Script Pro has just been released. Based on Bodoni’s distinct swash capitals, this is not simply a digital version of his work, as this typeface was designed with connected lowercase characters and capitals with extra calligraphic elements.”

“It was first released back in 2002 and published in Parachute’s award-winning catalog/book IDEA/Trendsetting Typography vol.1. Later in 2005 a large number of ornaments and borders was revived. All this work was left behind until recently when it was revisited to create a complete ‘Pro’ family. Several new uppercase and lowercase glyphs were designed in order to make it stand out on its own. Bodoni Script Pro is a 3+1 weight superfamily. It supports 10 special opentype features including ‘contextual alternates’ as well as support for both Latin and Greek. Each font comes with 725 glyphs including a large number of alternates as well as 144 ornaments. The full package includes an additional ‘bonus font’ which contains 120 connecting frame parts.” (Parachute)

The following features are included with this font and can be fully implemented for Latin, Greek and Cyrillic, with programs such as InDesignCS, IllustratorCS, PhotoshopCS and Quark 7: 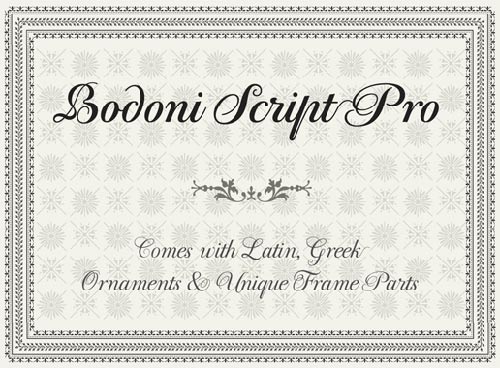 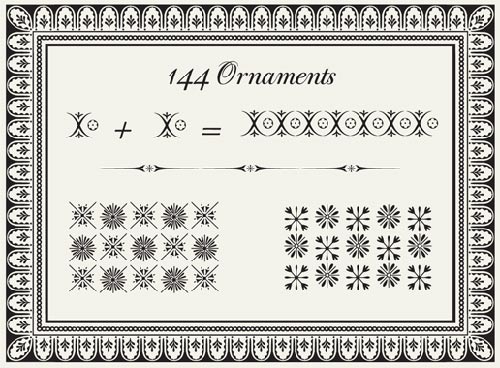 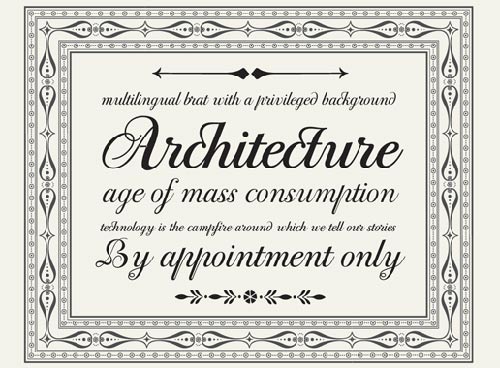 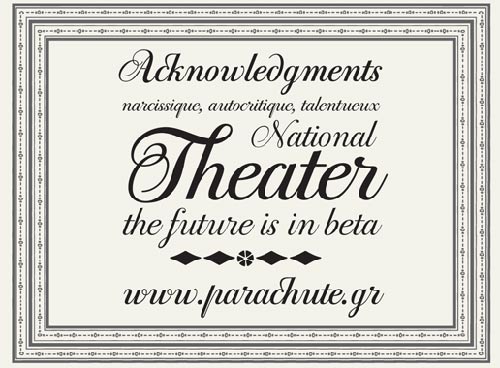