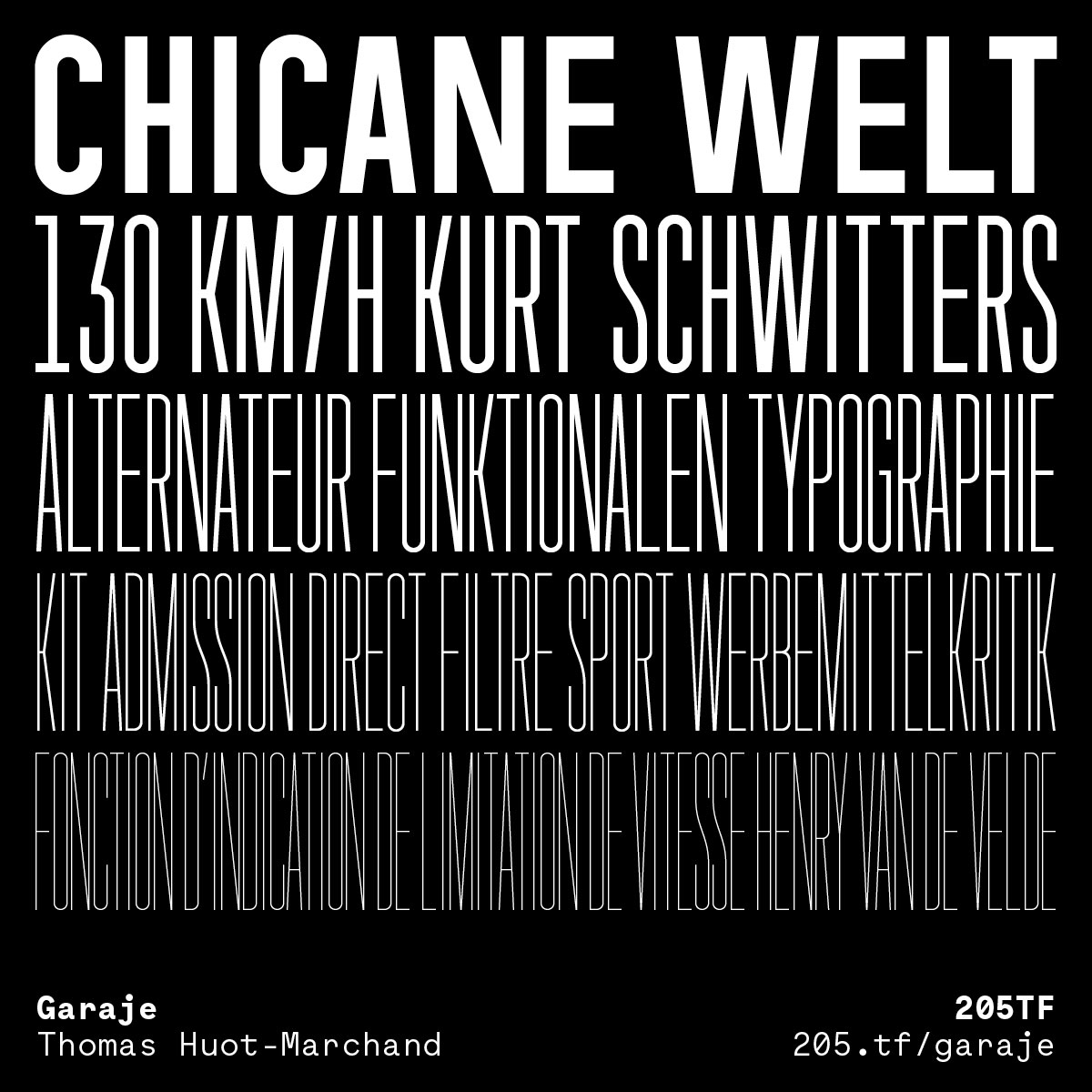 A Type Foundry That Promotes a Certain French Spirit

Launched in 2017, its catalog has more than 40 typefaces and includes experienced type designers as well as young ones whom 205TF support for their first typeface. 205TF aims to be a virtuous platform when digital typography is sometimes seen as a consumable whose cost must always be reduced.

In its catalog, there are only original and quality typefaces; body as display ones; extended families and variable fonts for discerning users. 205TF makes the choice of a demanding selection to be an alternative to broadcasting platforms where the user no longer knows what to choose.

Garaje by Thomas Huot-Marchand takes its inspiration both from the alphabets of the Bauhaus school and the vernacular inscriptions of Spanish garage owners.

Clifton by Yoann Minet is a reinterpretation of the Athenian typeface that was distributed around 1896 by the British Type Foundry.

Thelo by Tassiana Nunez-Costa, a serif type designed for print and screen, in Micro, Text, and Display versions.

Injurial by Sandrine Nugue, a sharp and elegant typeface made to withstand the worst, while saying it with refinement and eloquence.

Andersen by Thierry Fétiveau was born out of the lack of typefaces adapted to children’s stories.

Molitor by Matthieu Cortat is a modernist yet joyous typeface, named after the eponymous and emblematic building in Paris.

Romain 20 by Alice Savoie is a contemporary revival of a typeface originally named “Romain Vingtième siècle.”

Dédale by Thomas Bouville is a type family inspired by inscriptions cut into the stone of the underground passages of the Paris Catacombs.

Salmanazar by Juliette Collin is a typeface which has its roots in nineteenth century French type design, and in particular, the specimen of Antique Warnery no.1.⠀ 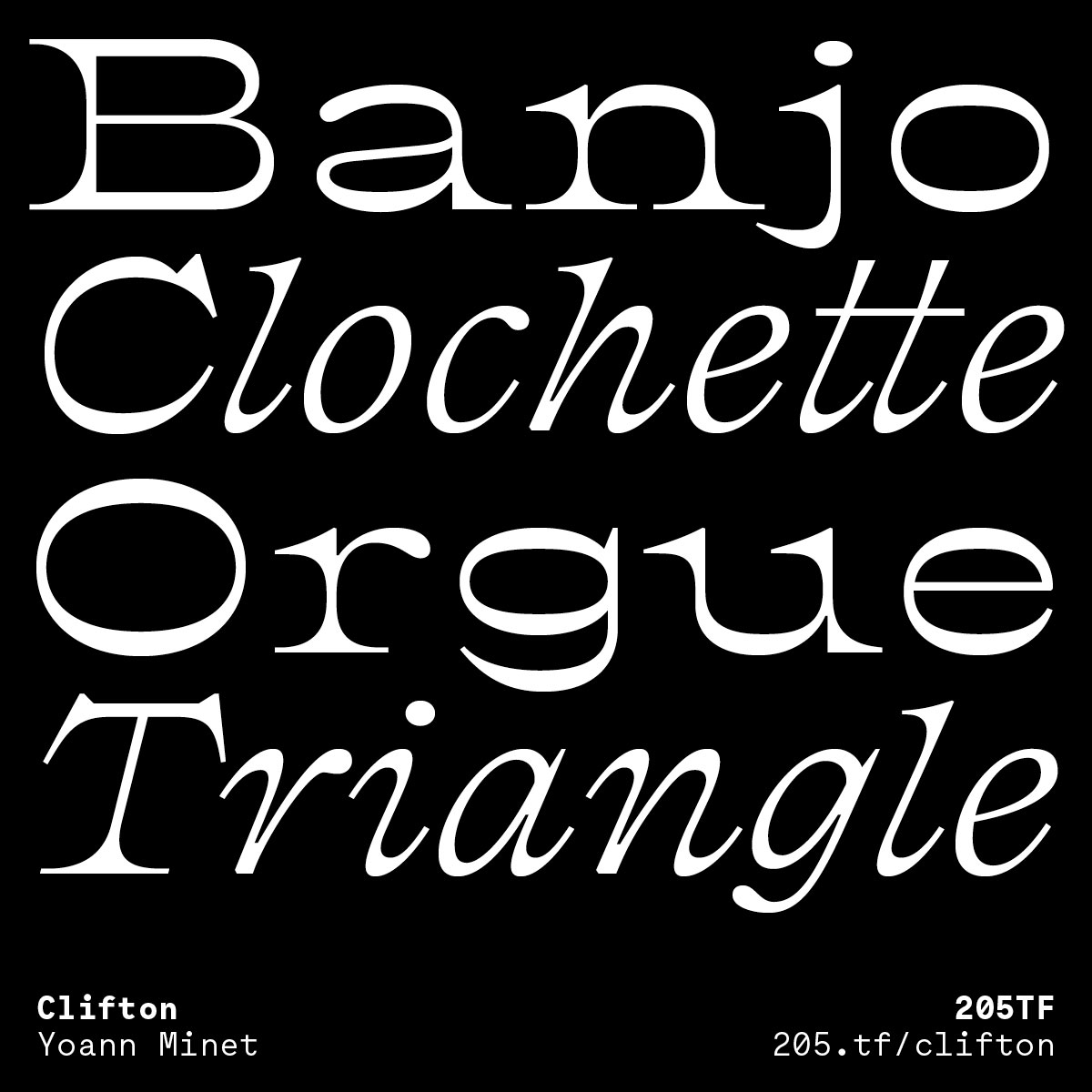 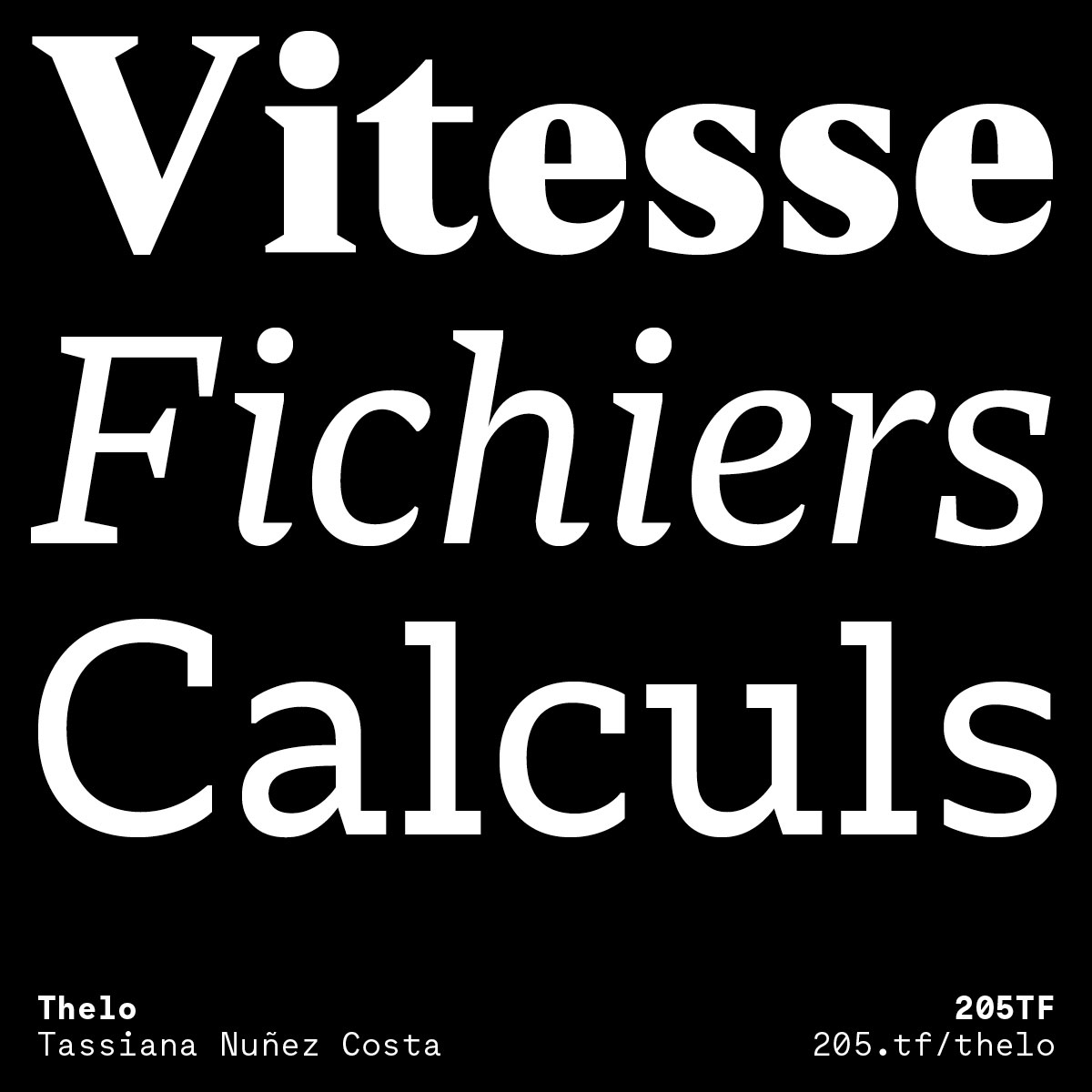 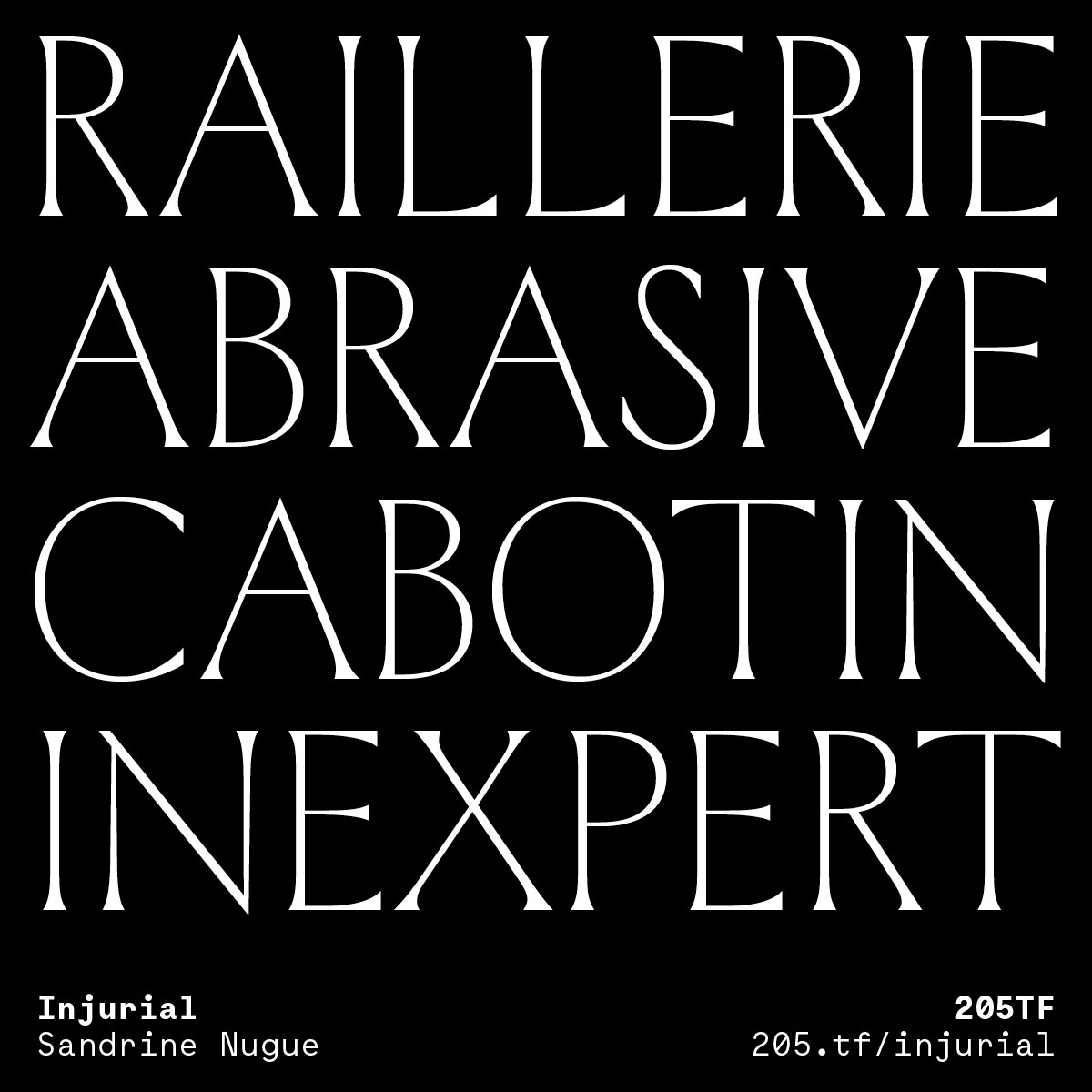 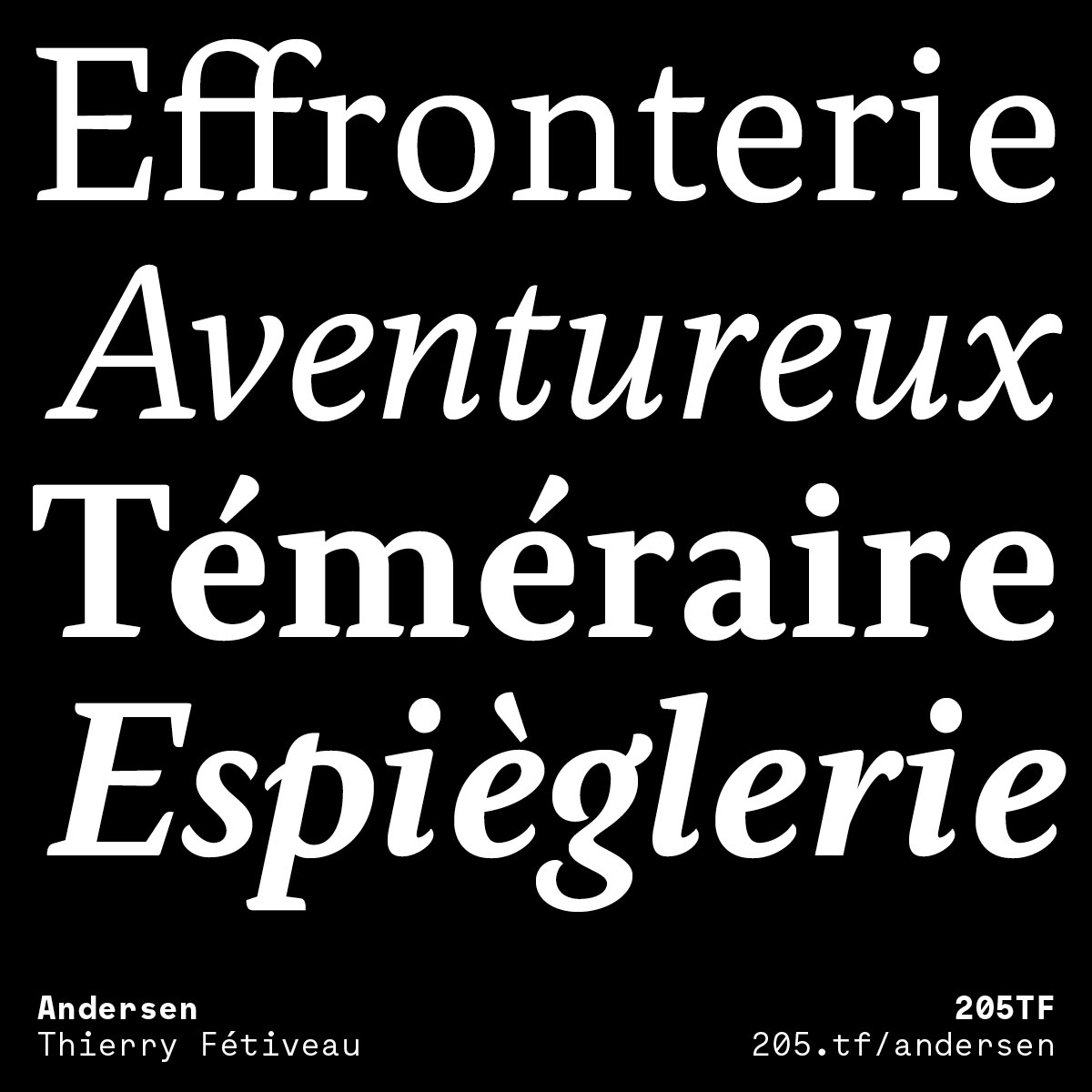 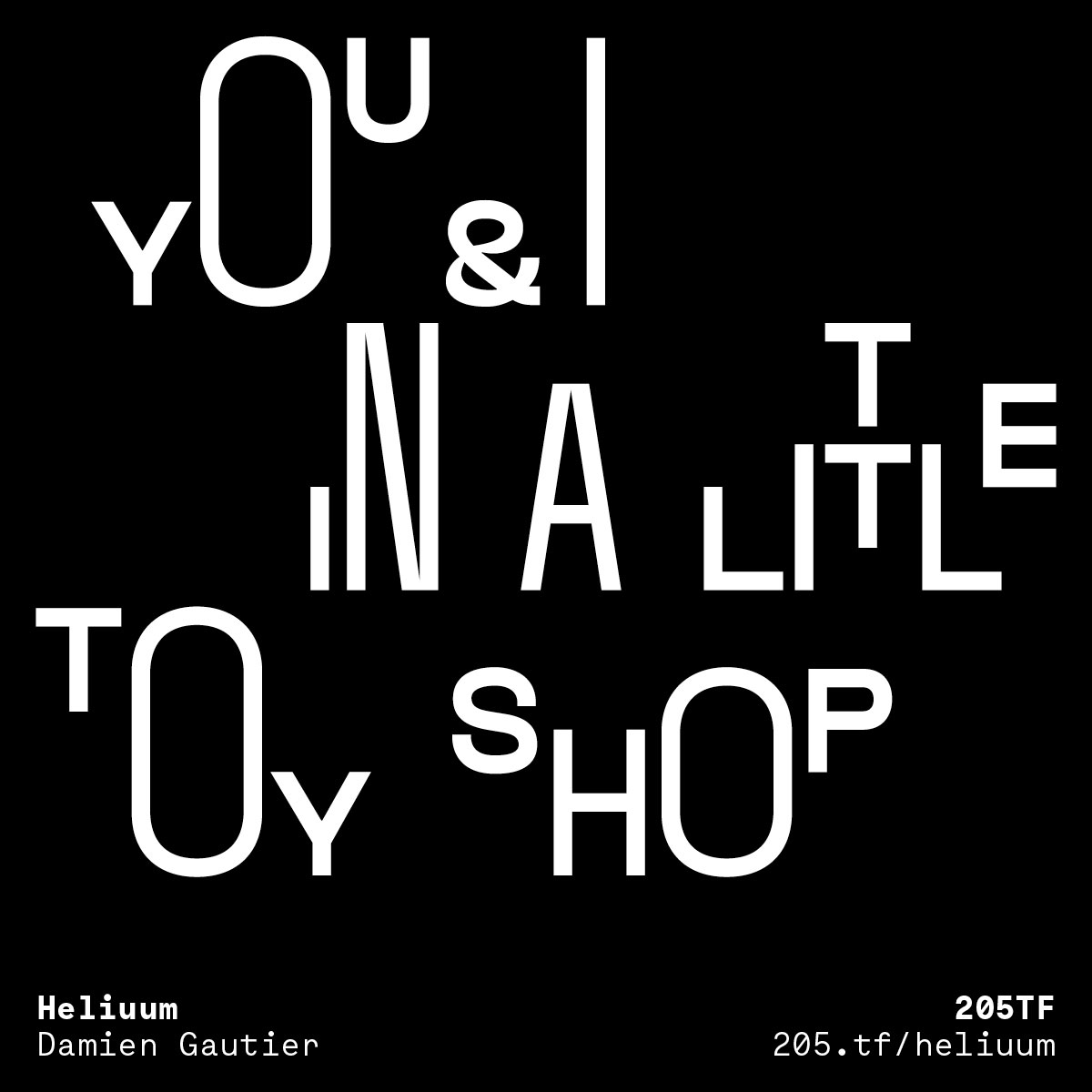 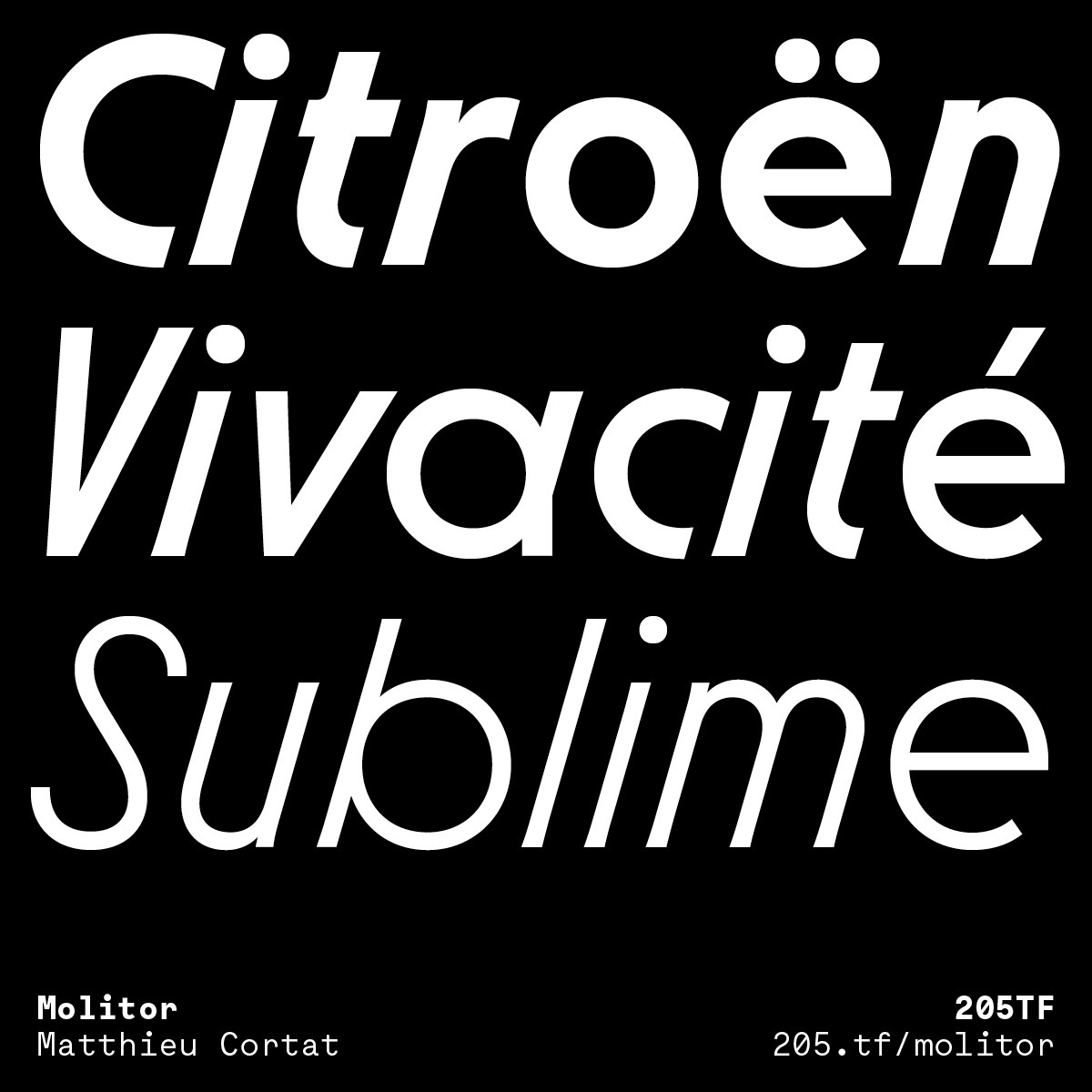 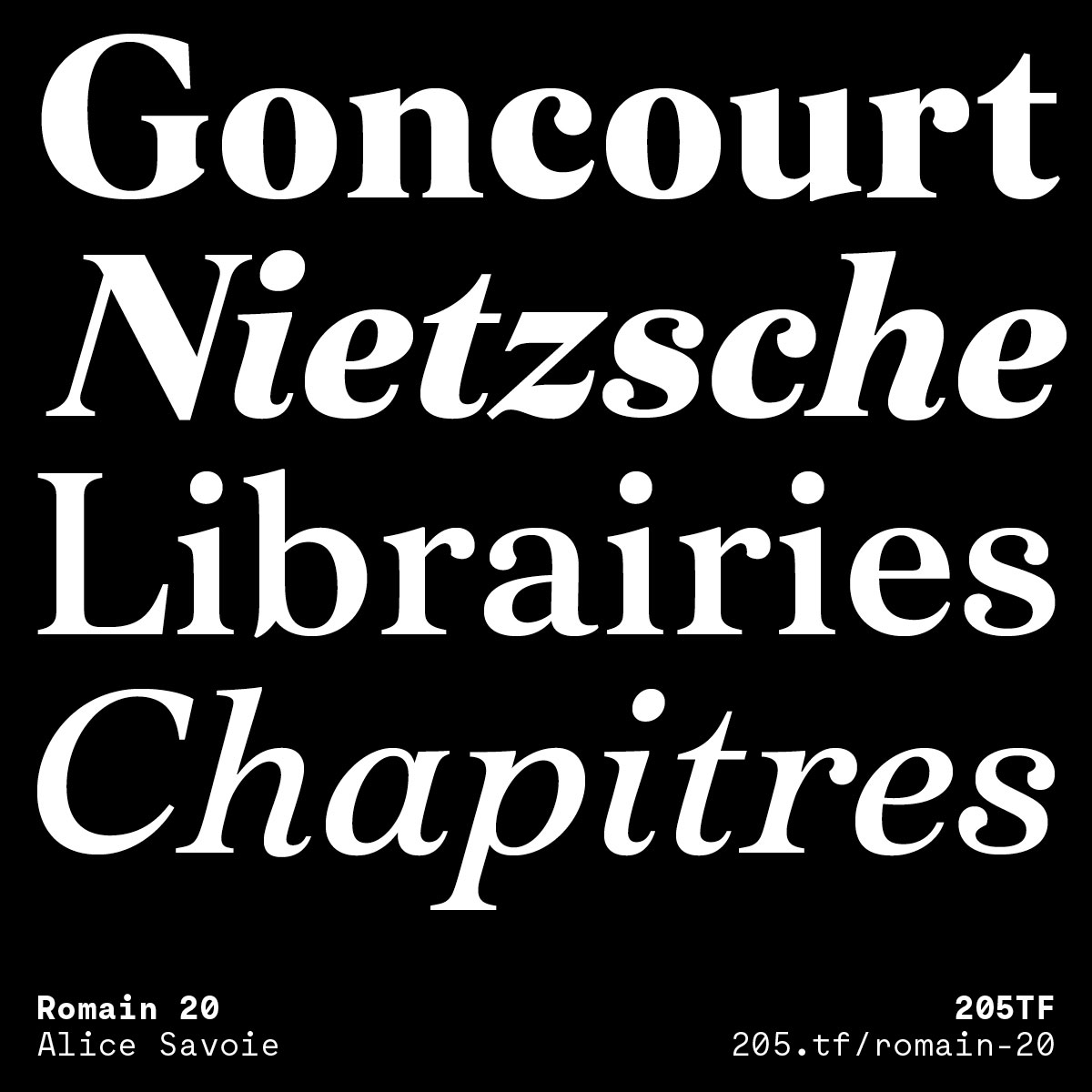 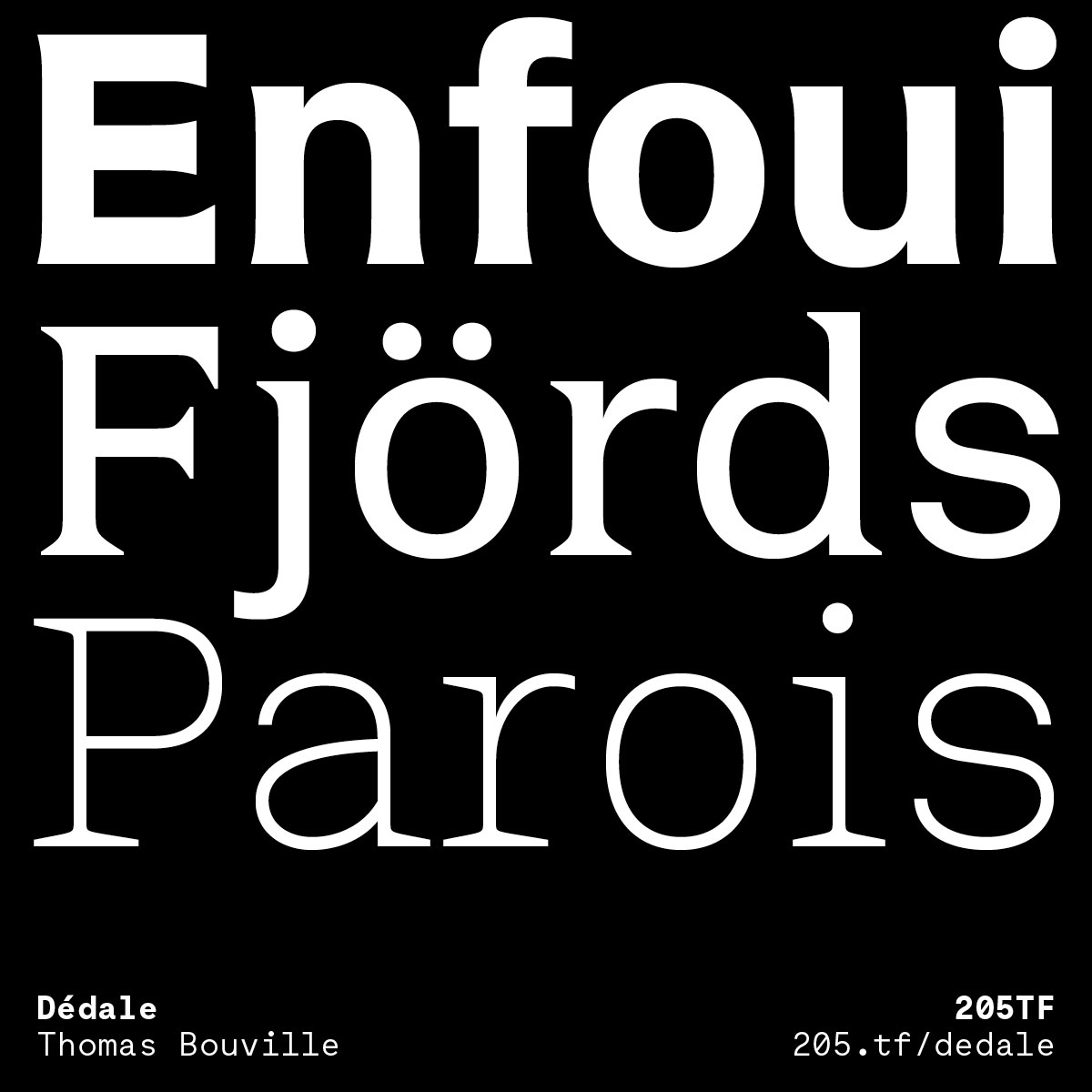 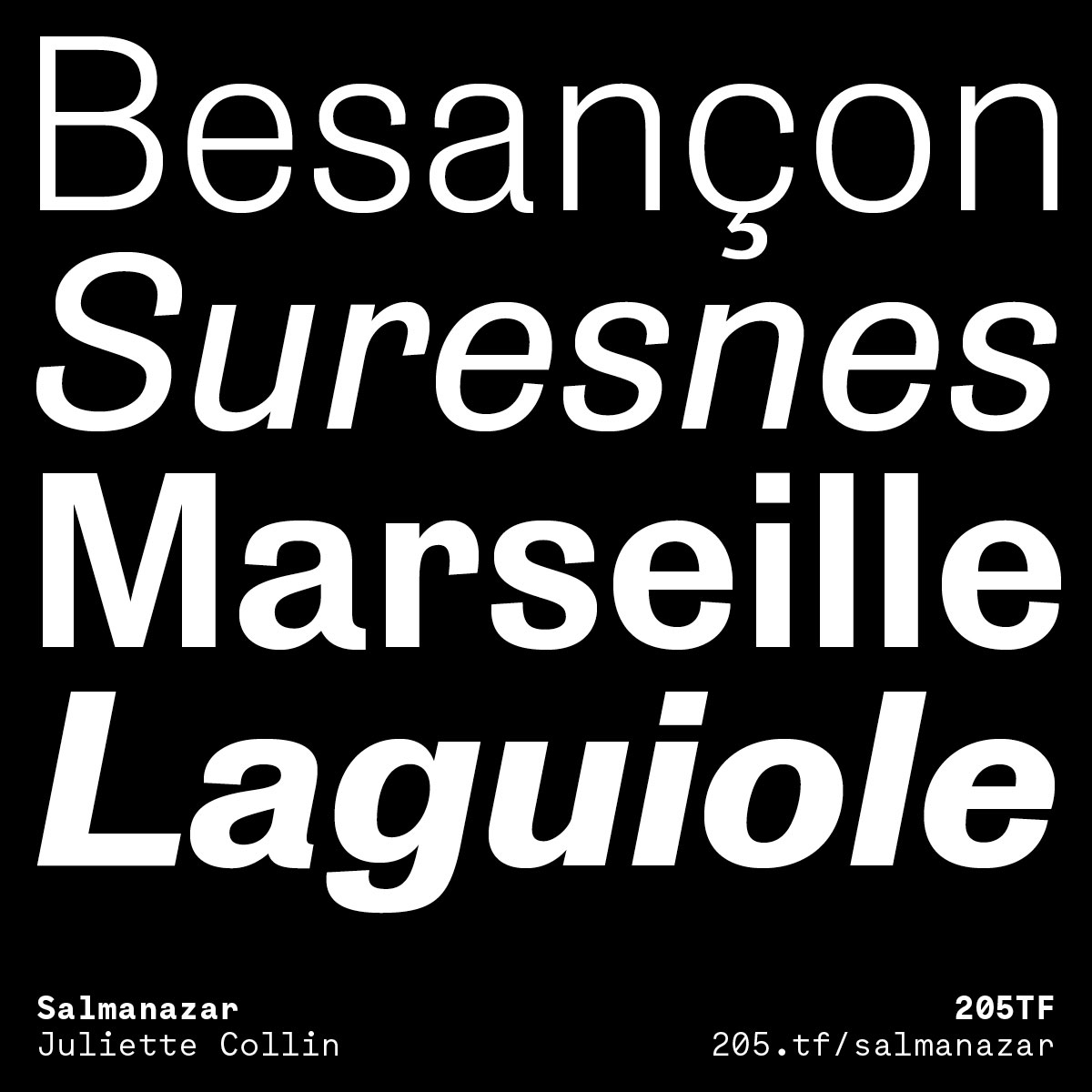