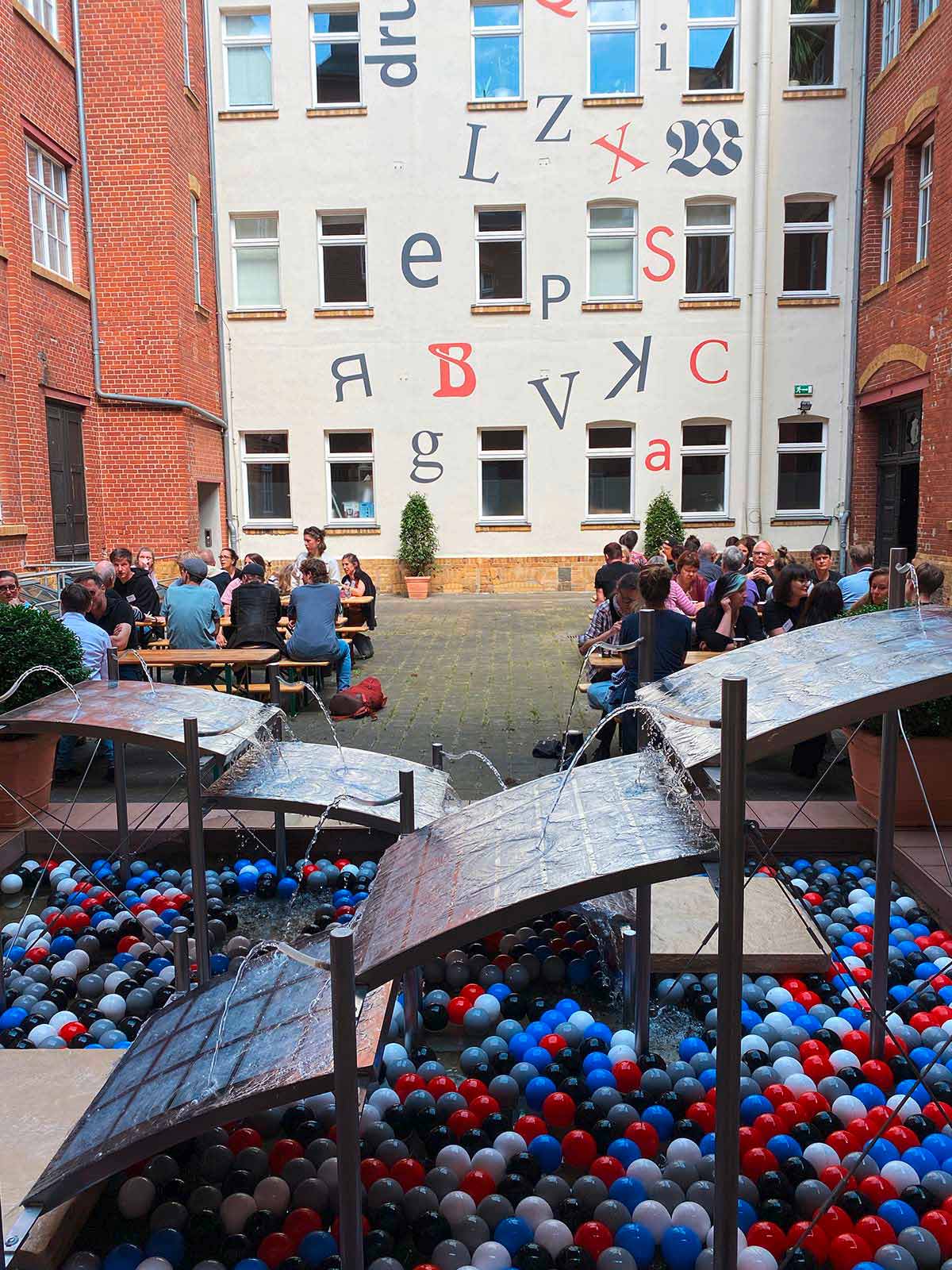 We had the honor to take part in the 27. Leipziger Typotage 2022 on Saturday, May 14th. It was a day full of inspiring lectures that were very diverse and full of new topics from the world of typography. The eight speakers of the day were partly live and Covid-related also online in Leipzig.

At the beginning, moderator Saskia Kraft introduced type designer Fabian Dornhecker. He talked about his work on his experimental and dynamic typefaces, which he uses to test traditional formal languages.

In the second presentation of the day, Anja Lehmann and Ronald Krause introduced the work of the dzb (Deutsches Zentrum für barrierefreies Lesen, engl.: German Center for Accessible Reading) to the very interested audience. The dzb produces, lends, and sells media for blind, visually impaired, and reading-impaired people and offers services related to accessible communication. Anja Lehmann discussed the typographic possibilities offered by Braille and the design requirements. To the delight of the audience, many haptic examples from the center’s archives were also shown, demonstrating what challenges there are, for example, in implementing Braille in books.

The German designer Michael Kreß does research in the field of “Creative Coding.” In his work he deals with infinite layout variations, which he can change with different parameters and thus always show new and unexpected approaches in design.

Niteesh Yadav is a Type designer doing independent research on better typography and standards of future interfaces for AR headsets. He showed the amazing results of his work and research.

Cécile Chavepayre has been the Creative Director at ARTE GEIE since 2012. She talked about her experiences with typography on TV in general and especially on its important role in ARTE’s appearence. In the course of the french-german TV stations redesign in 2017 typography and especially typography in motion was given a priority.

Irmgard Hesse is a designer, thinker, and founder of the strategic design agency Zeichen & Wunder from Munich. She showed cases from her agency, all of which also find expression through typography.

Nikolaus Weichselbaumer is a junior professor at the Gutenberg-Institut für Weltliteratur und schriftorientierte Medien der JGU Mainz, Abteilung Buchwissenschaft. He presented his research findings on the path of the type caster Johann Wentzel Hablitzl, from Bohemia via Halle, Königsberg and Riga to Moscow, showing both the importance that was attached to type foundries in the 18th century as a location factor and the hurdles that were associated with setting up a type foundry away from the major printing centers.

At the end, all the speakers came together again on stage for an exciting final round of discussions that shed light on the future of typography in the various disciplines.

The whole day was excellently planned and wonderfully executed by all speakers and organizers. The location of the event at the Museum for the Printing Arts in Leipzig was also a great enrichment, where one could take a look at old and new printing presses between the lectures. Many thanks and see you next time! 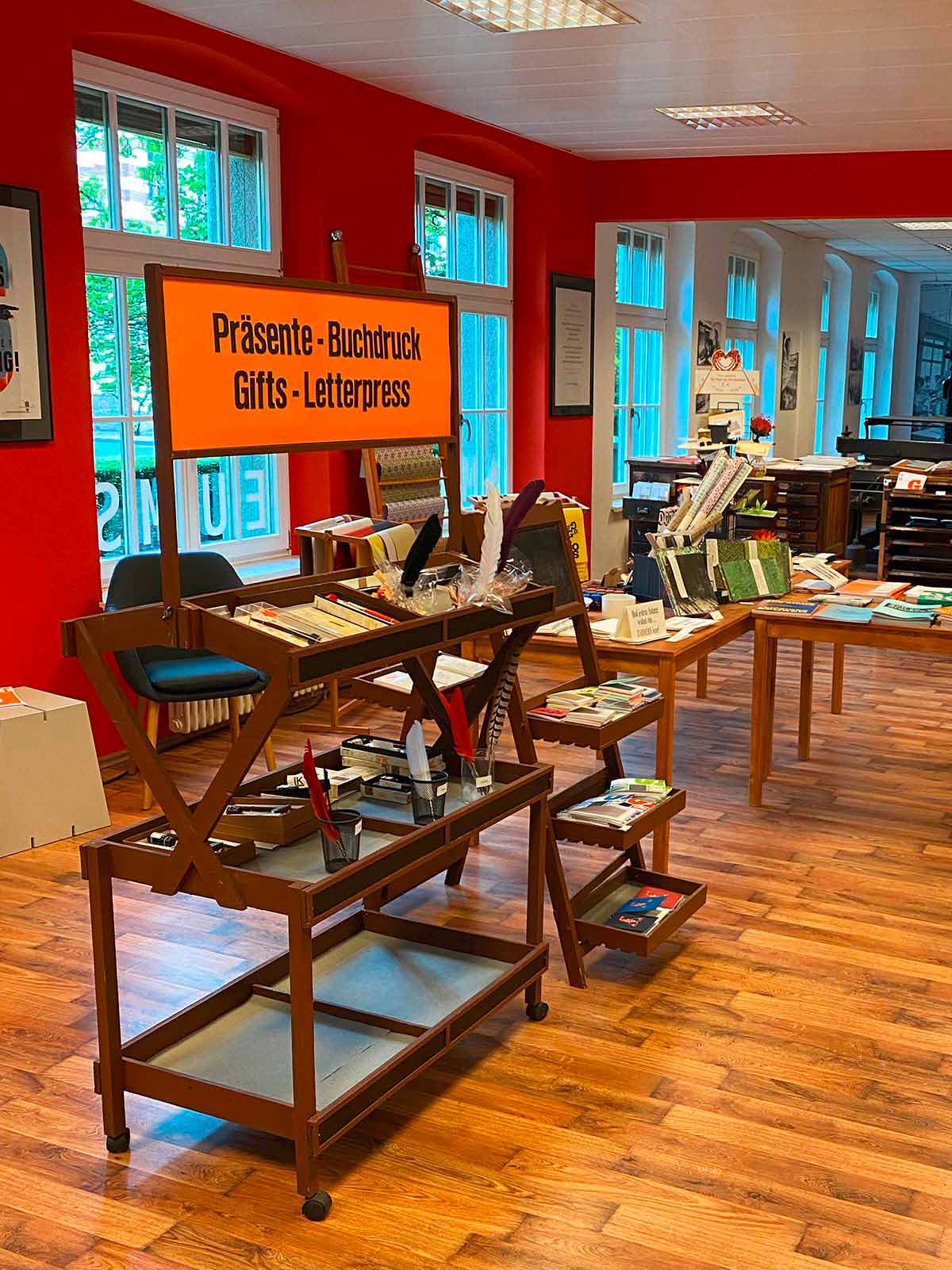 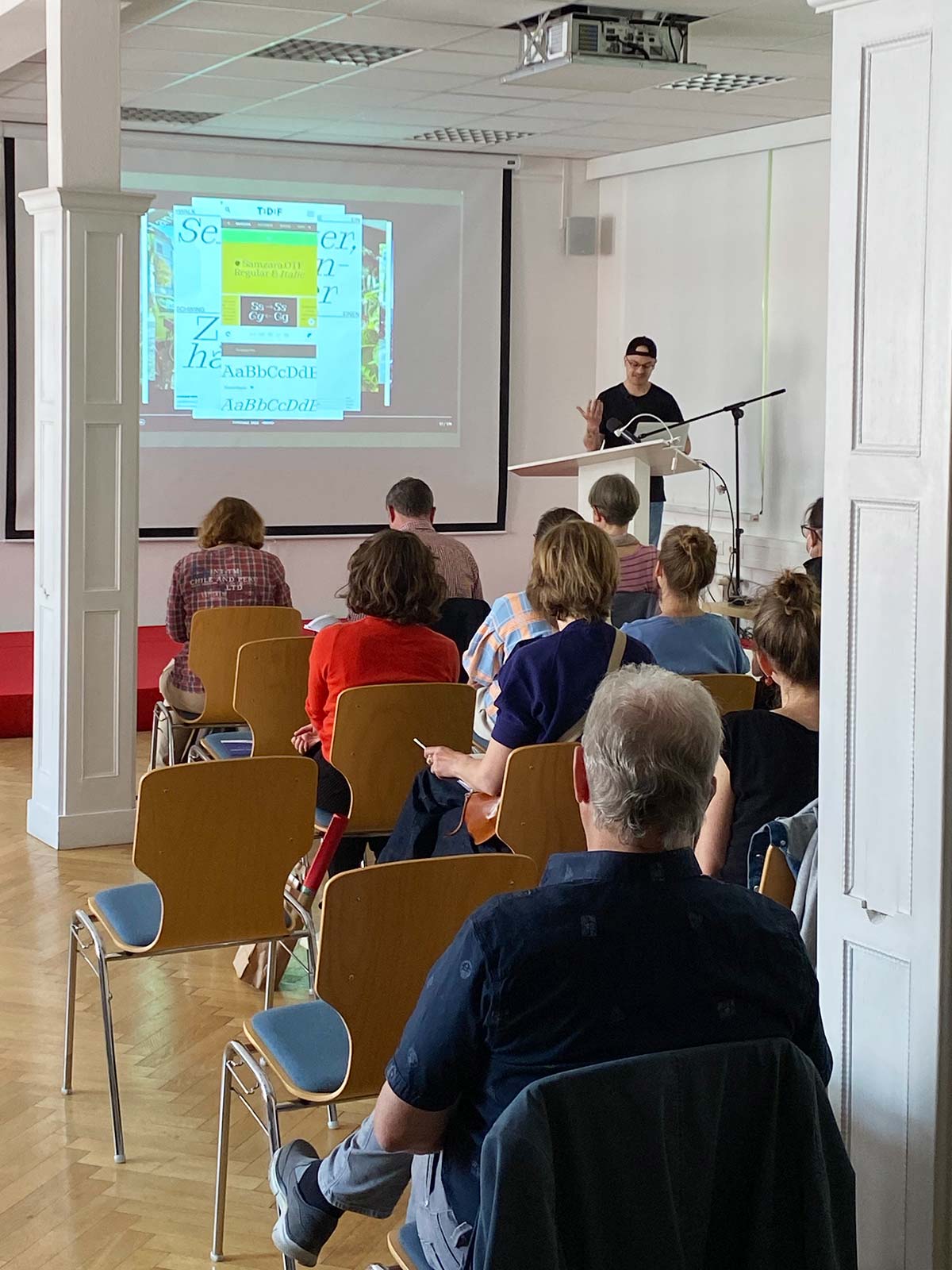 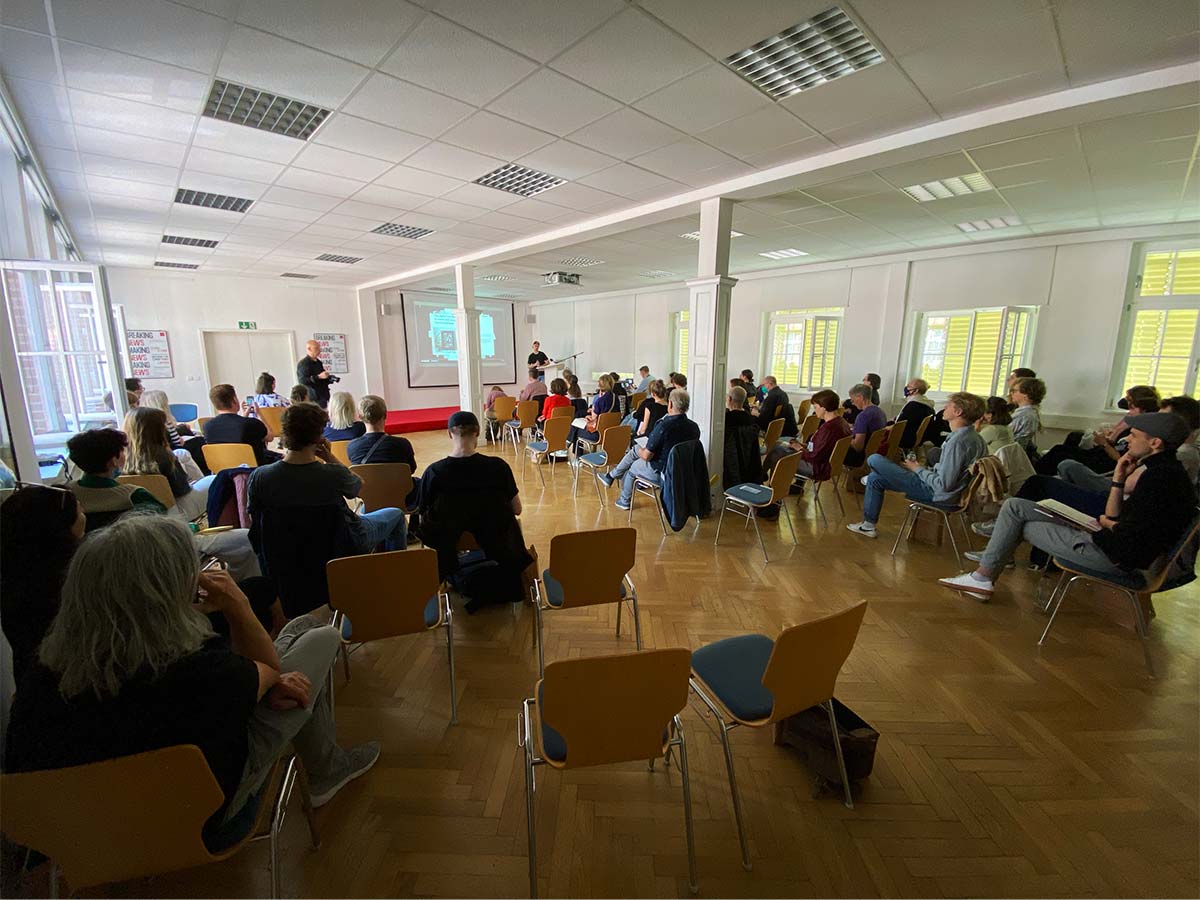 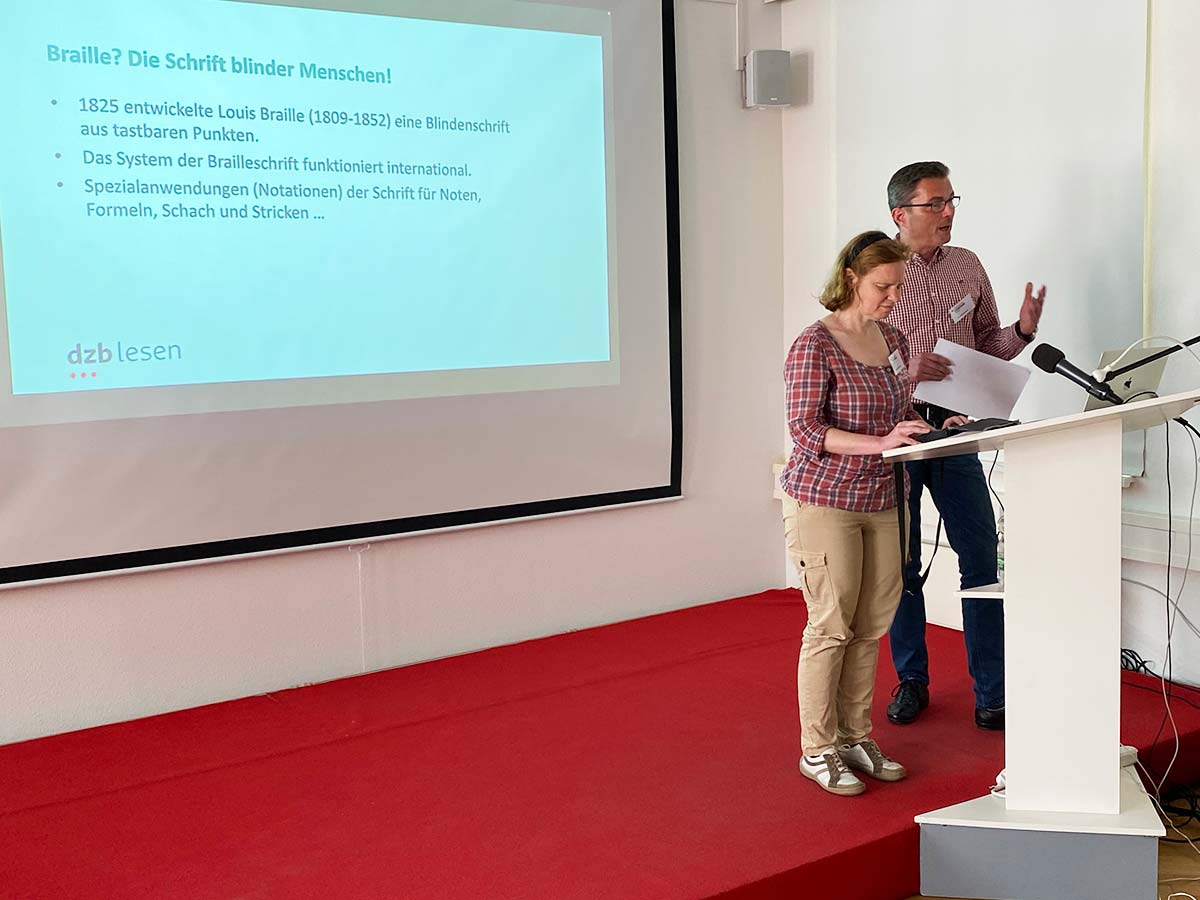 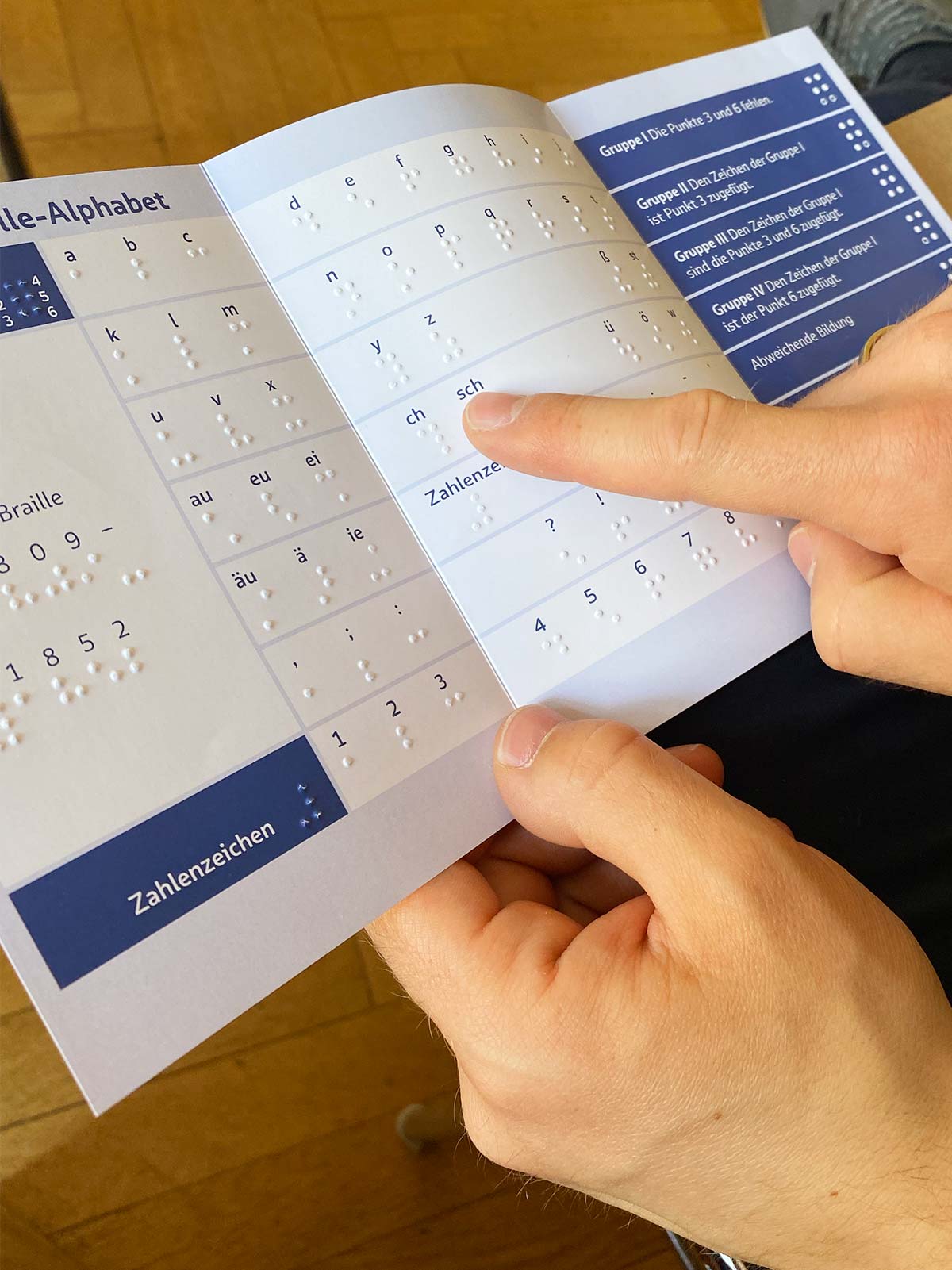 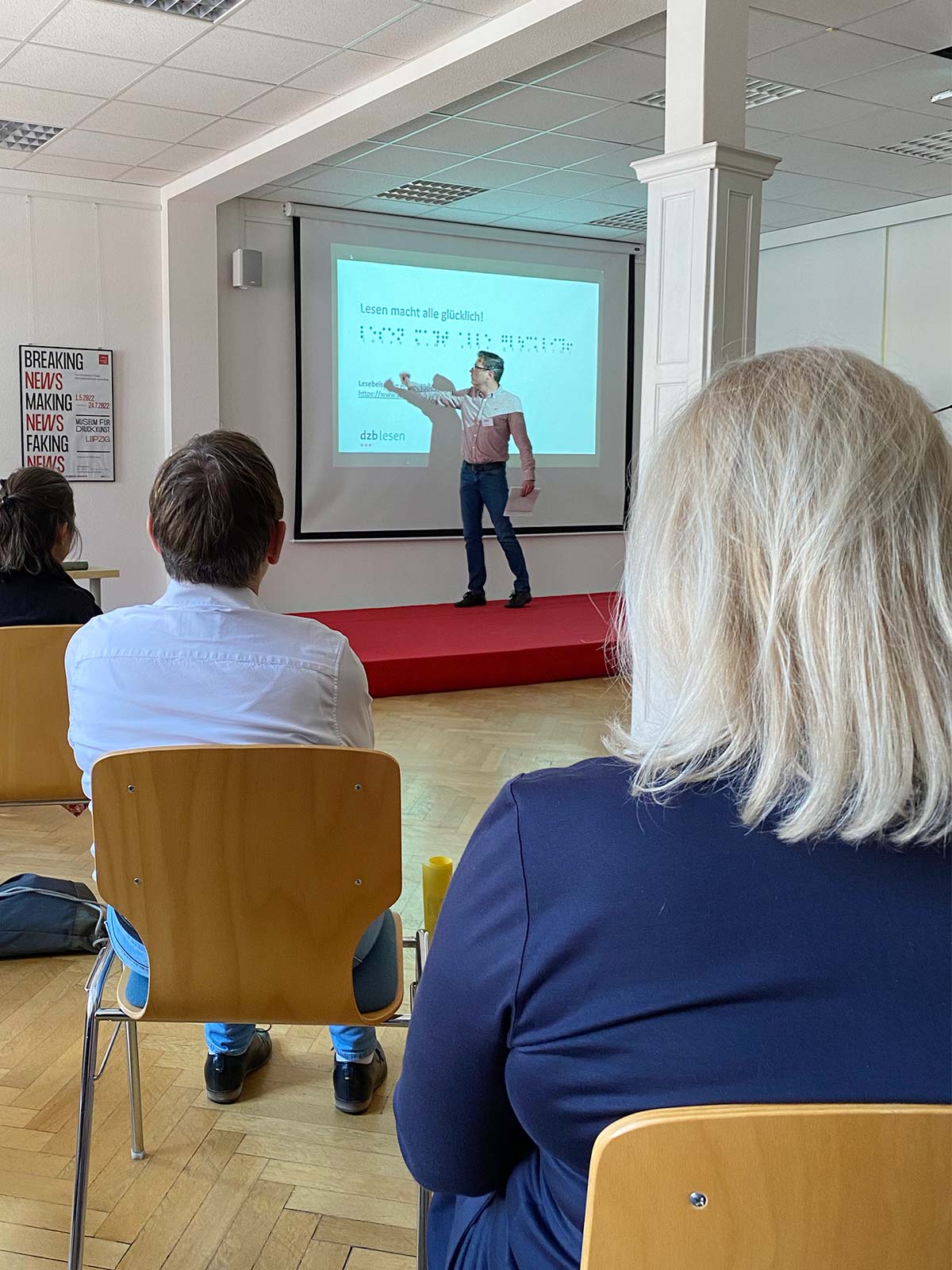 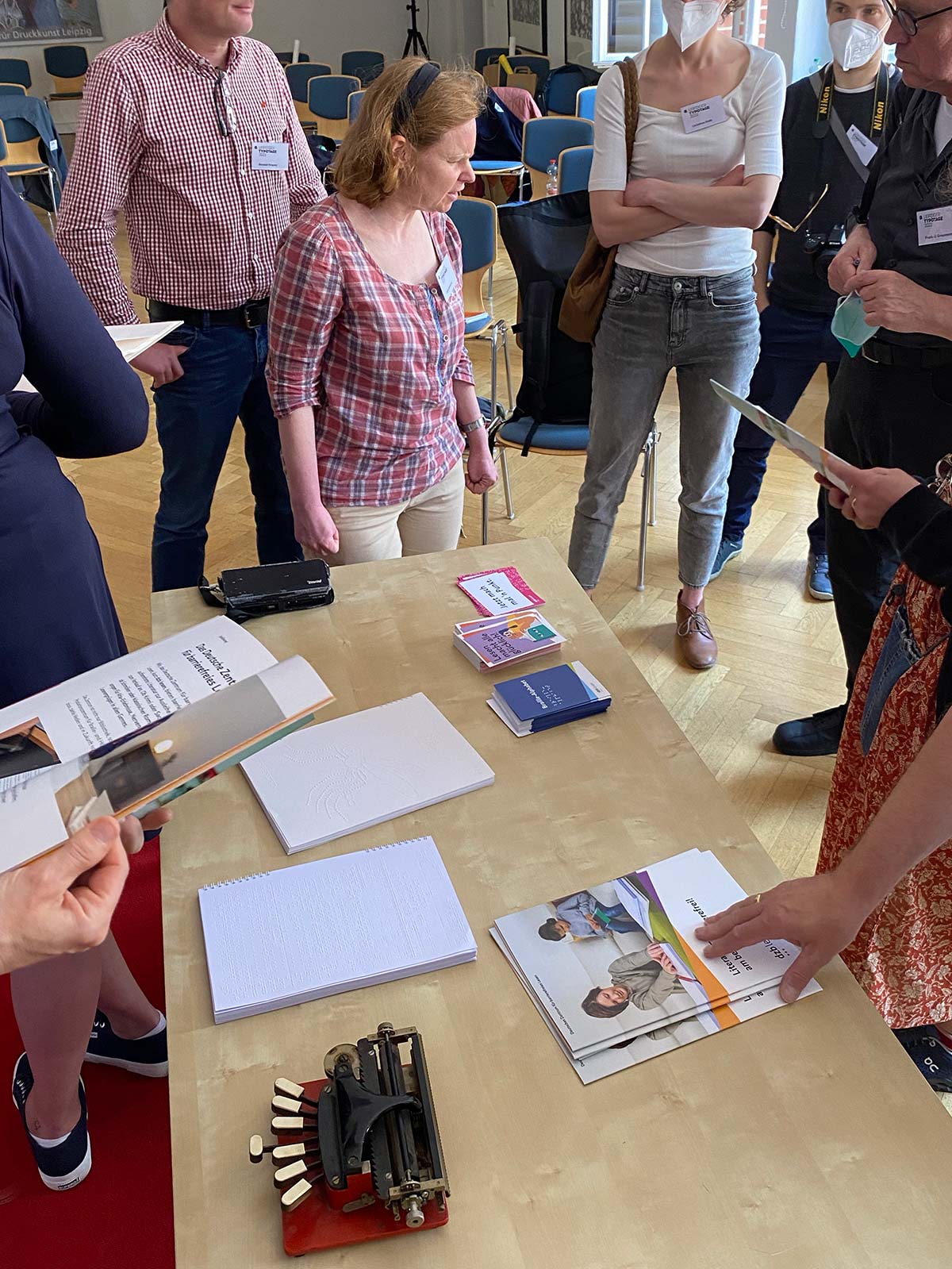 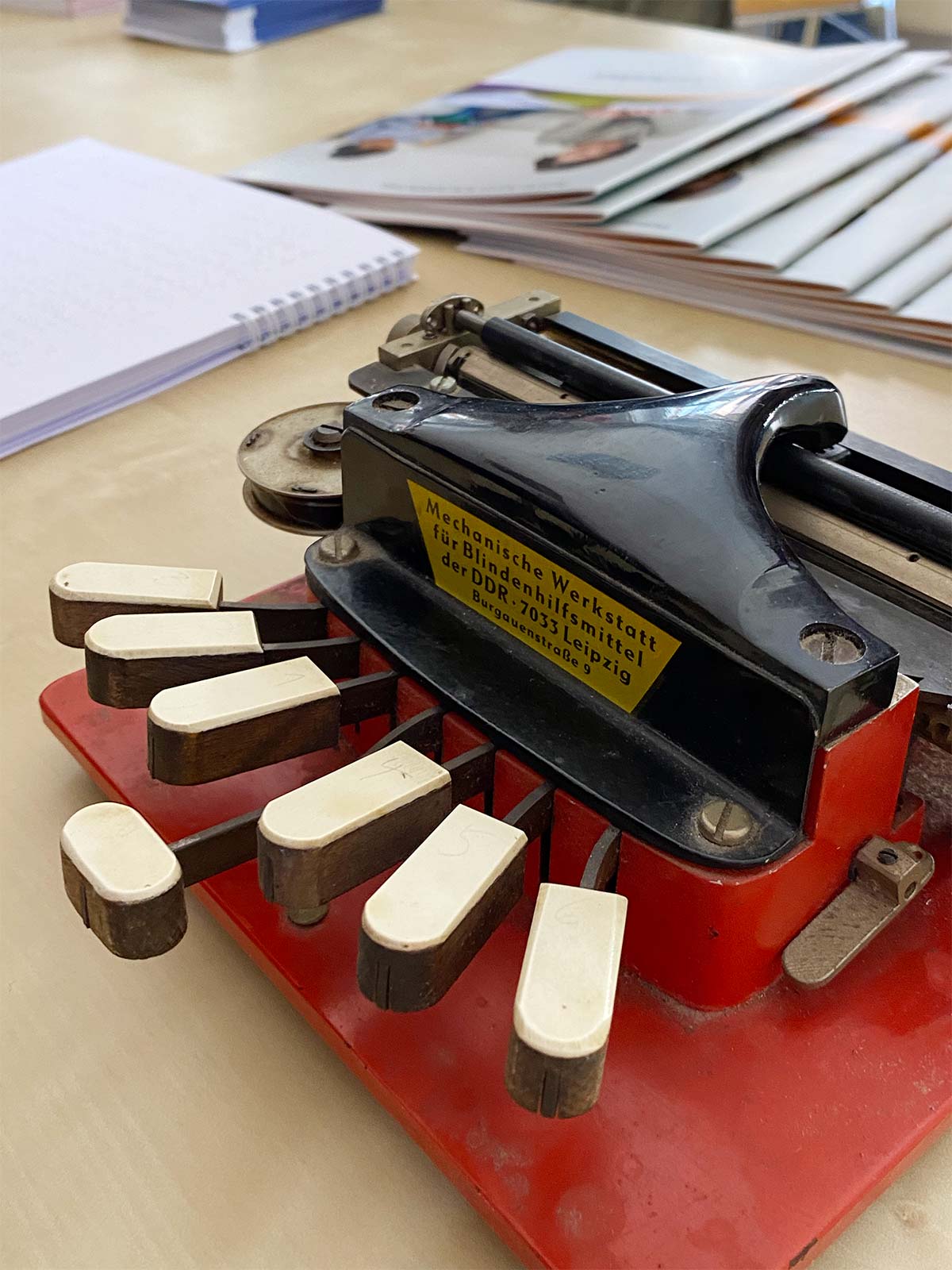 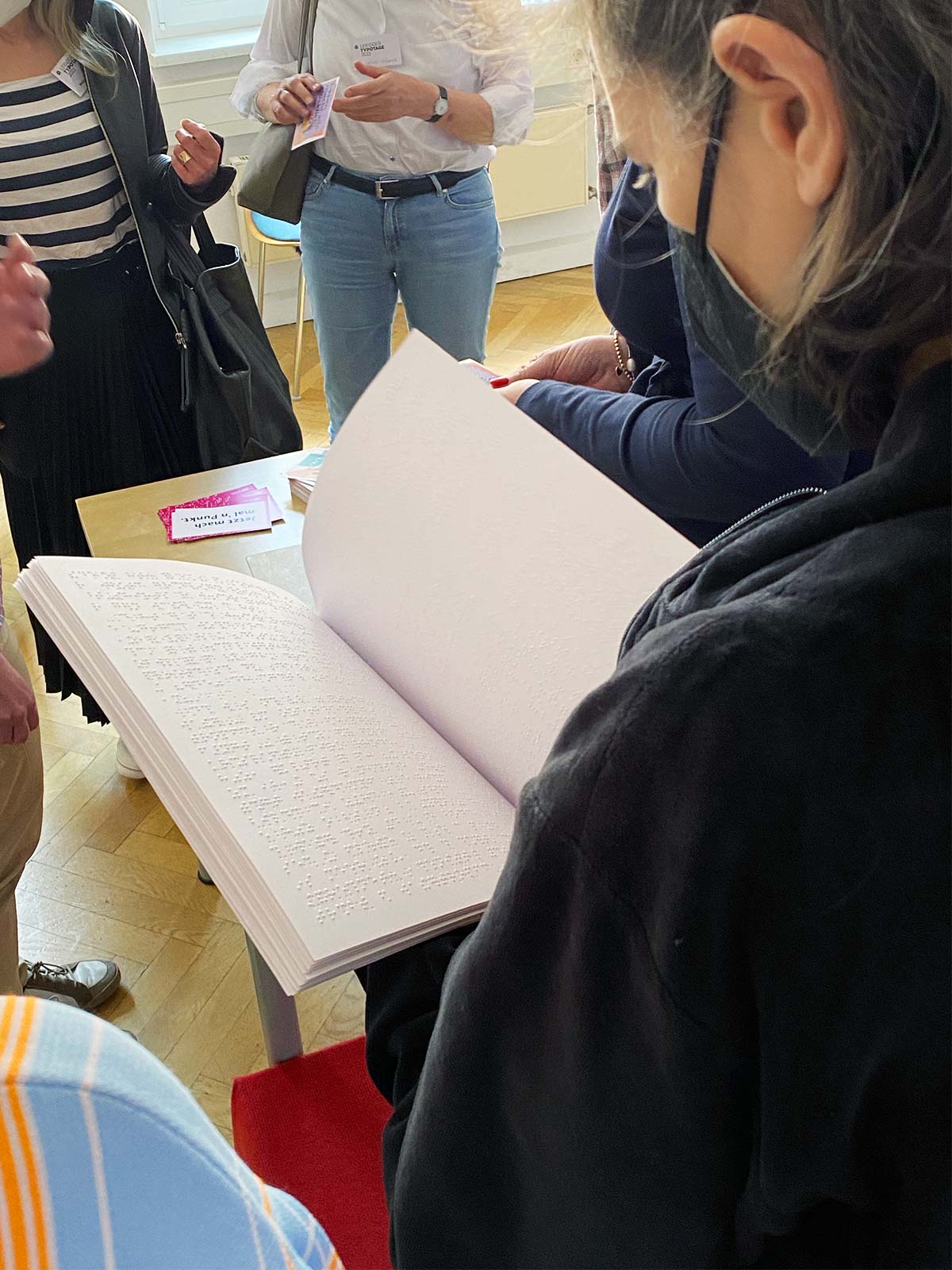 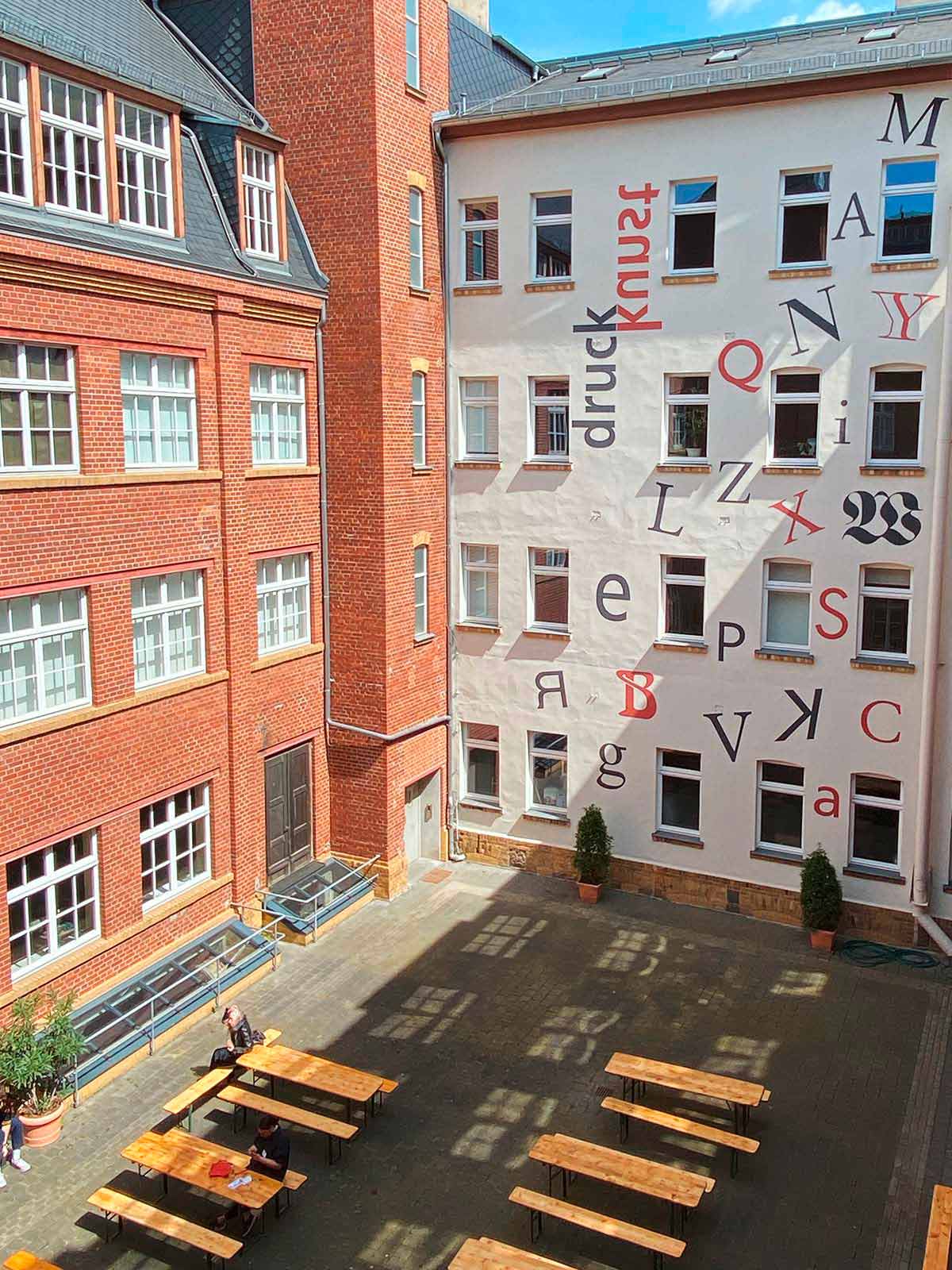 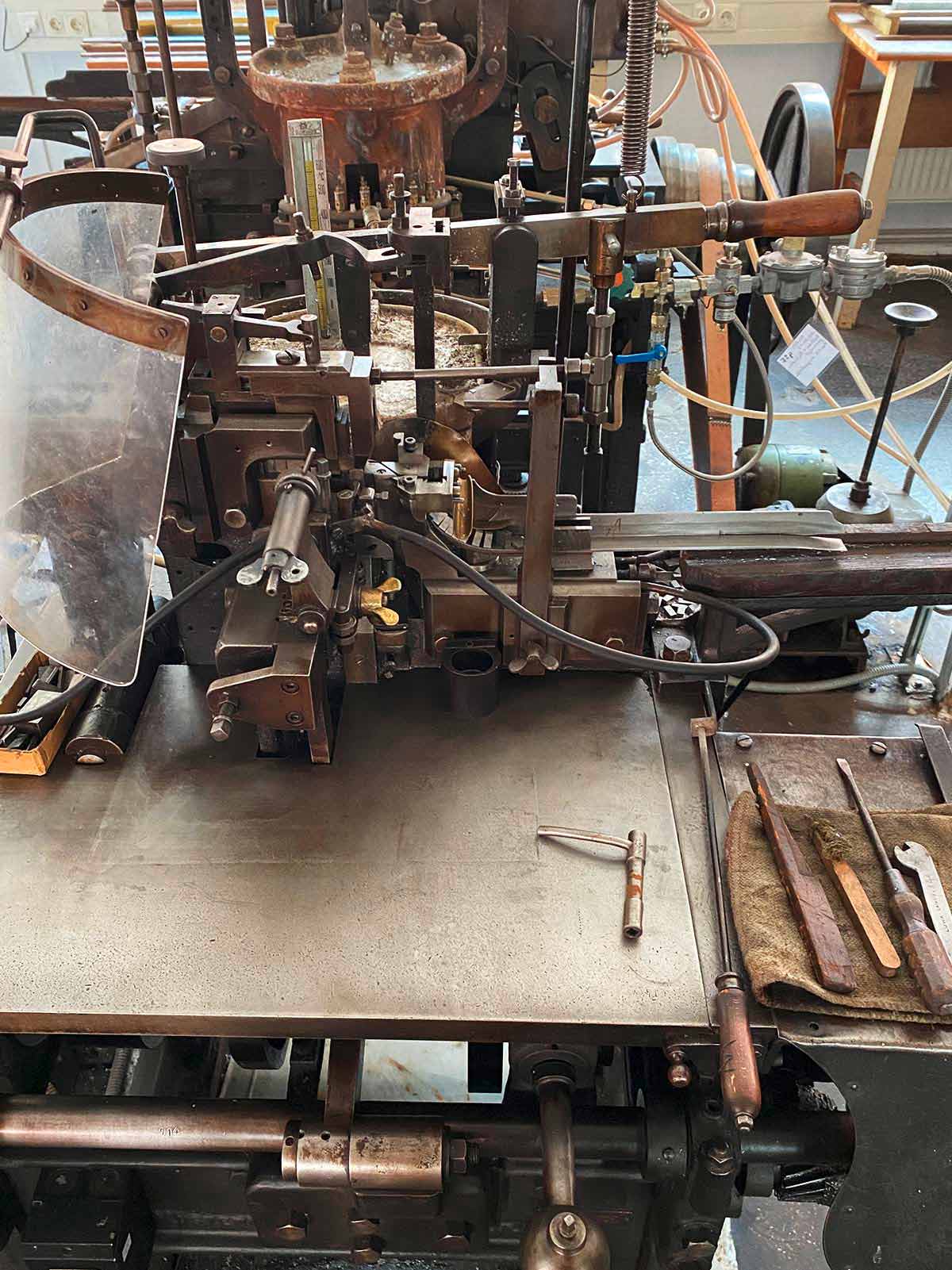 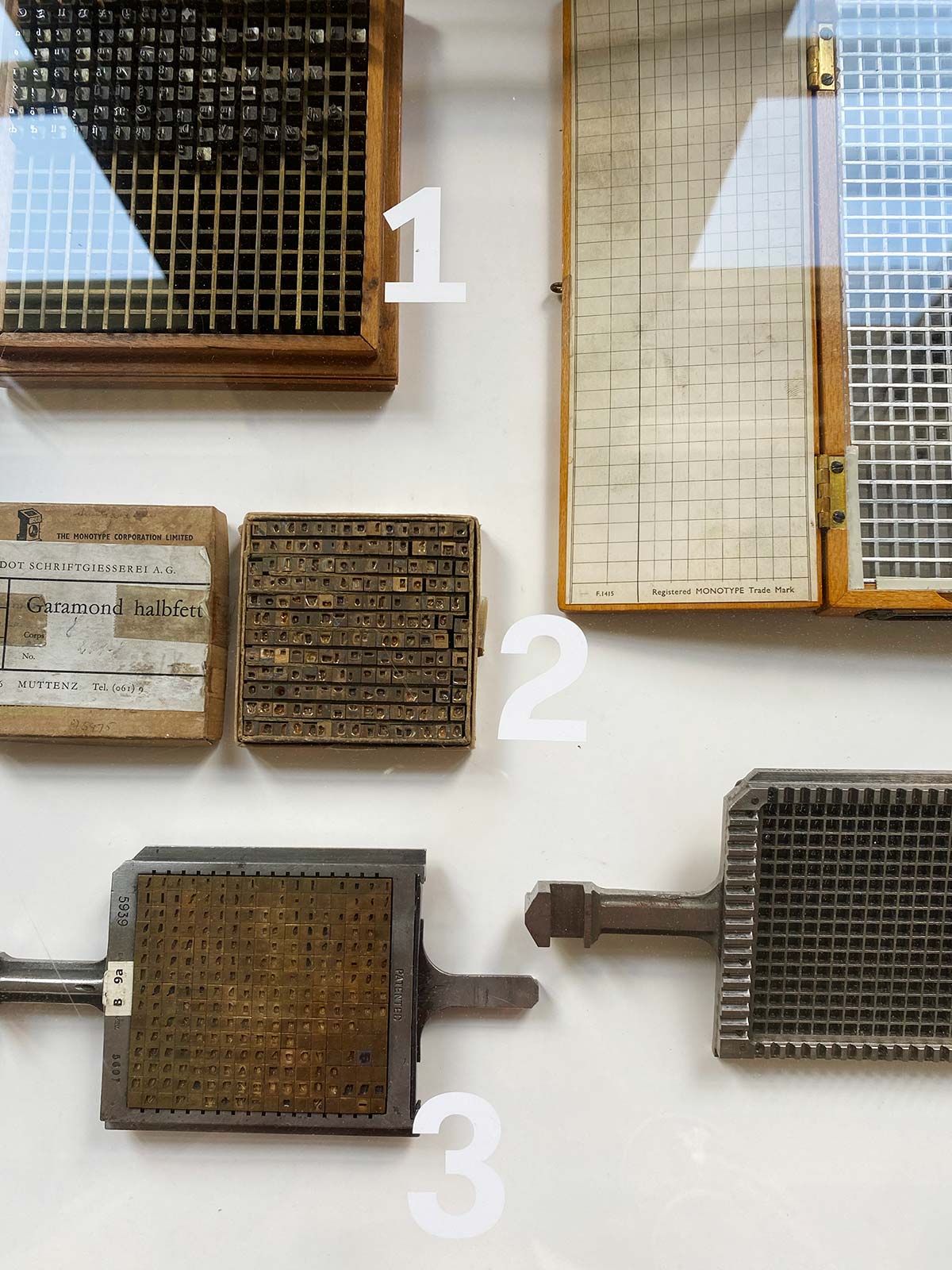 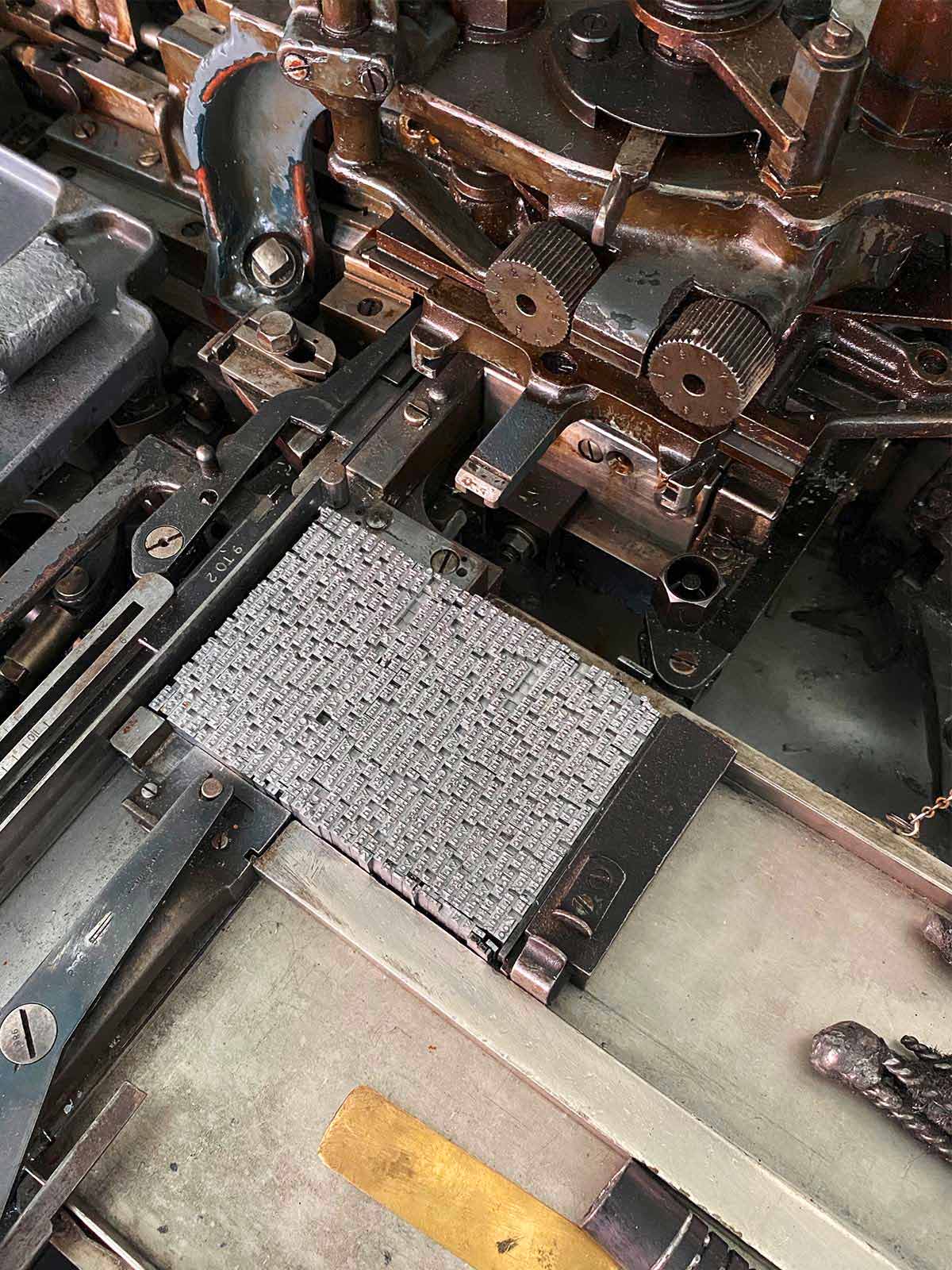 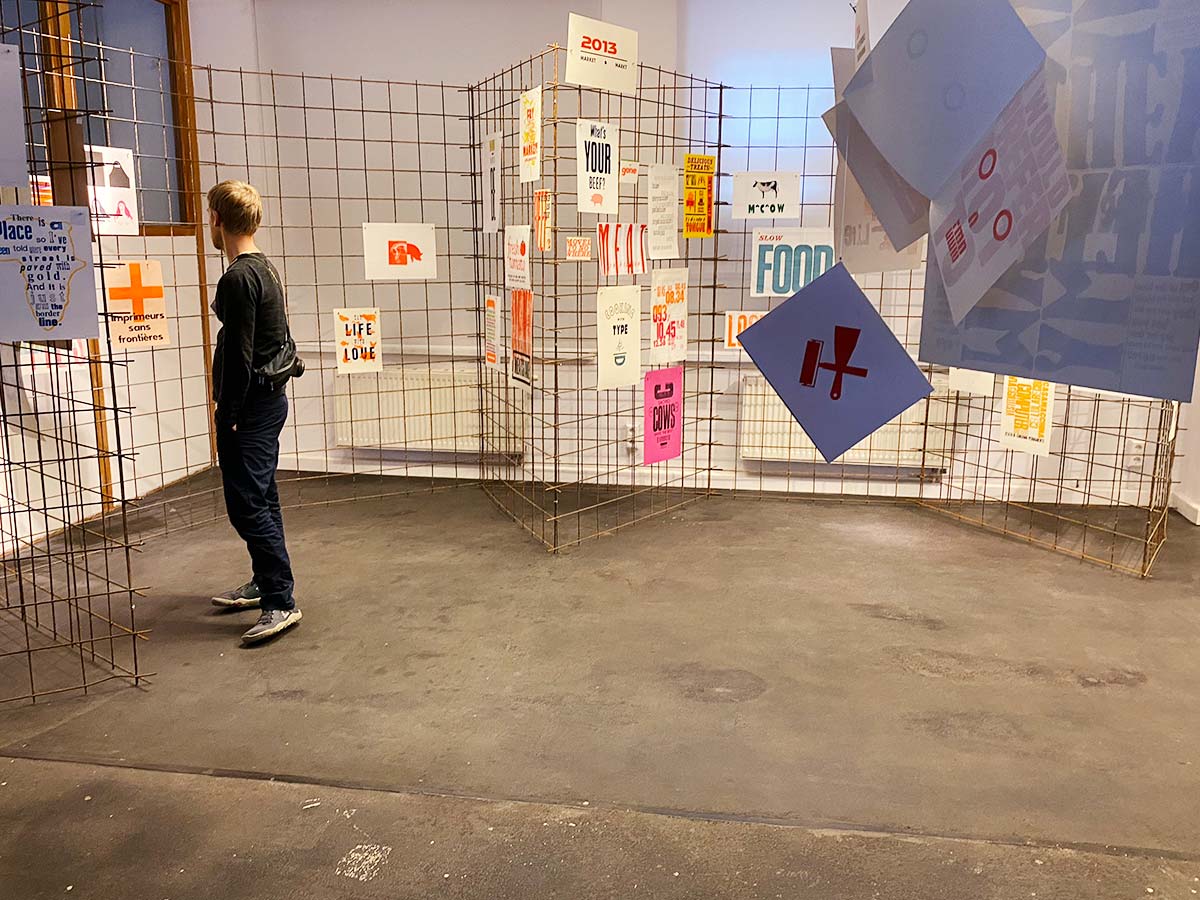 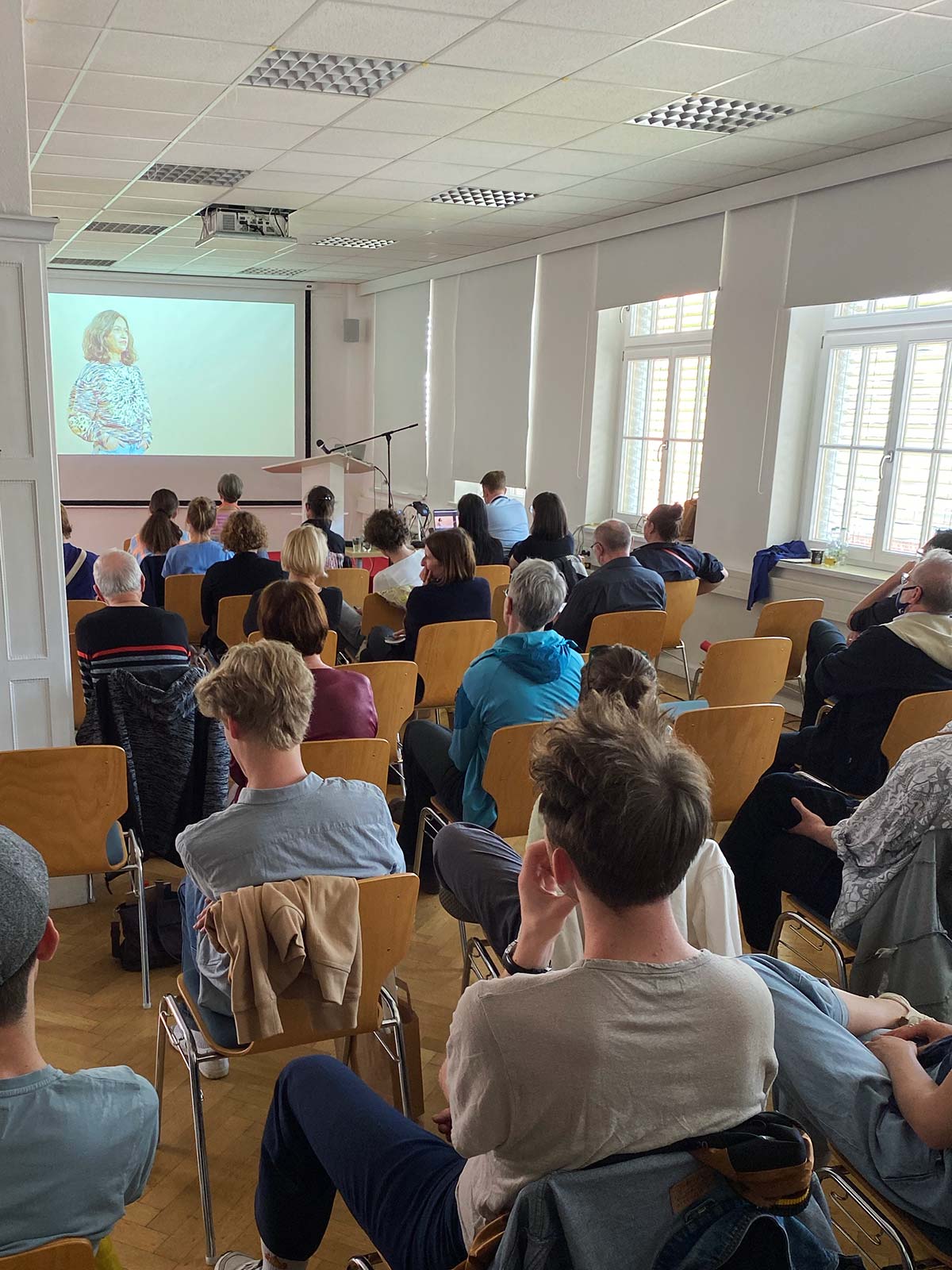 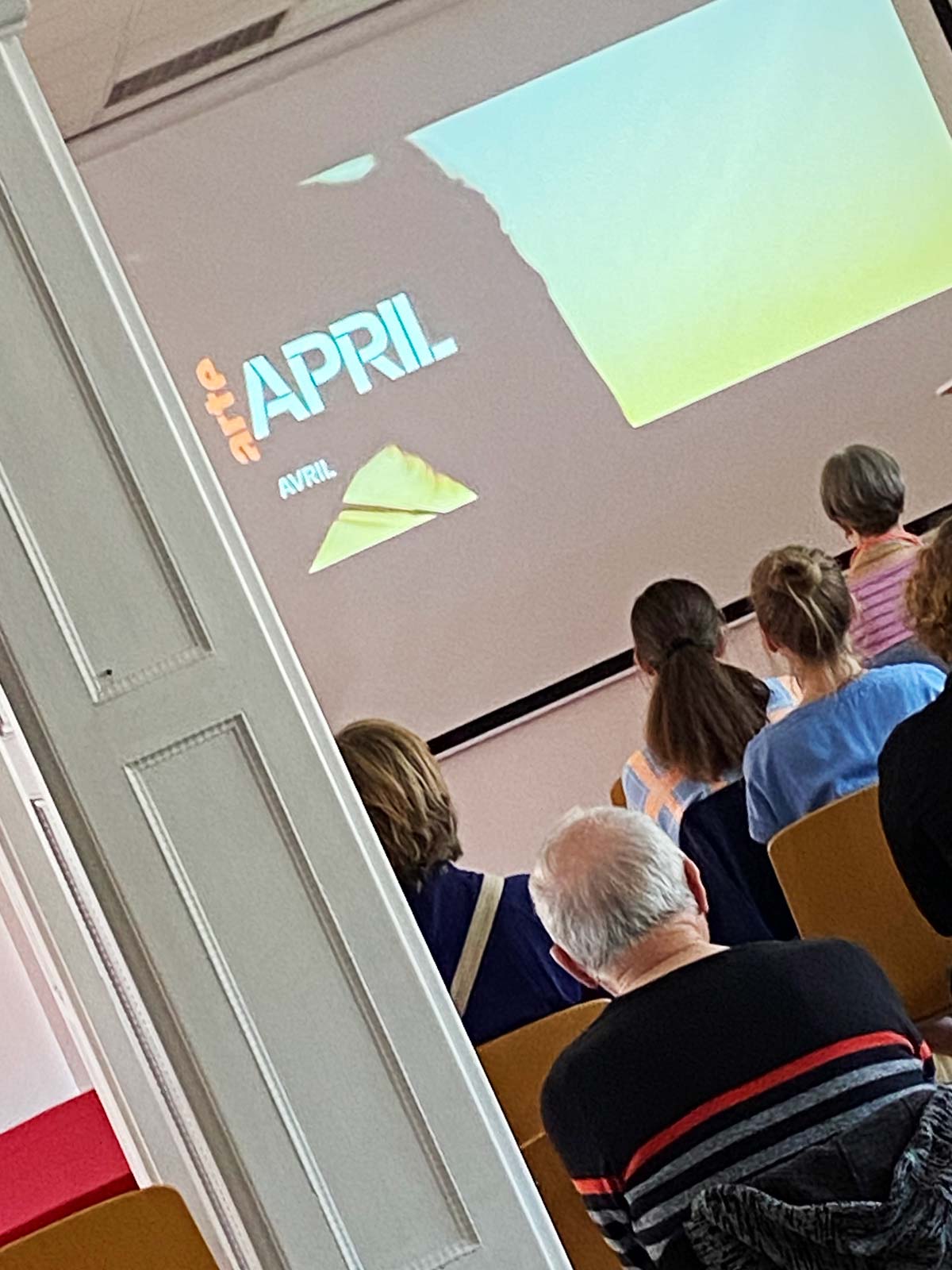 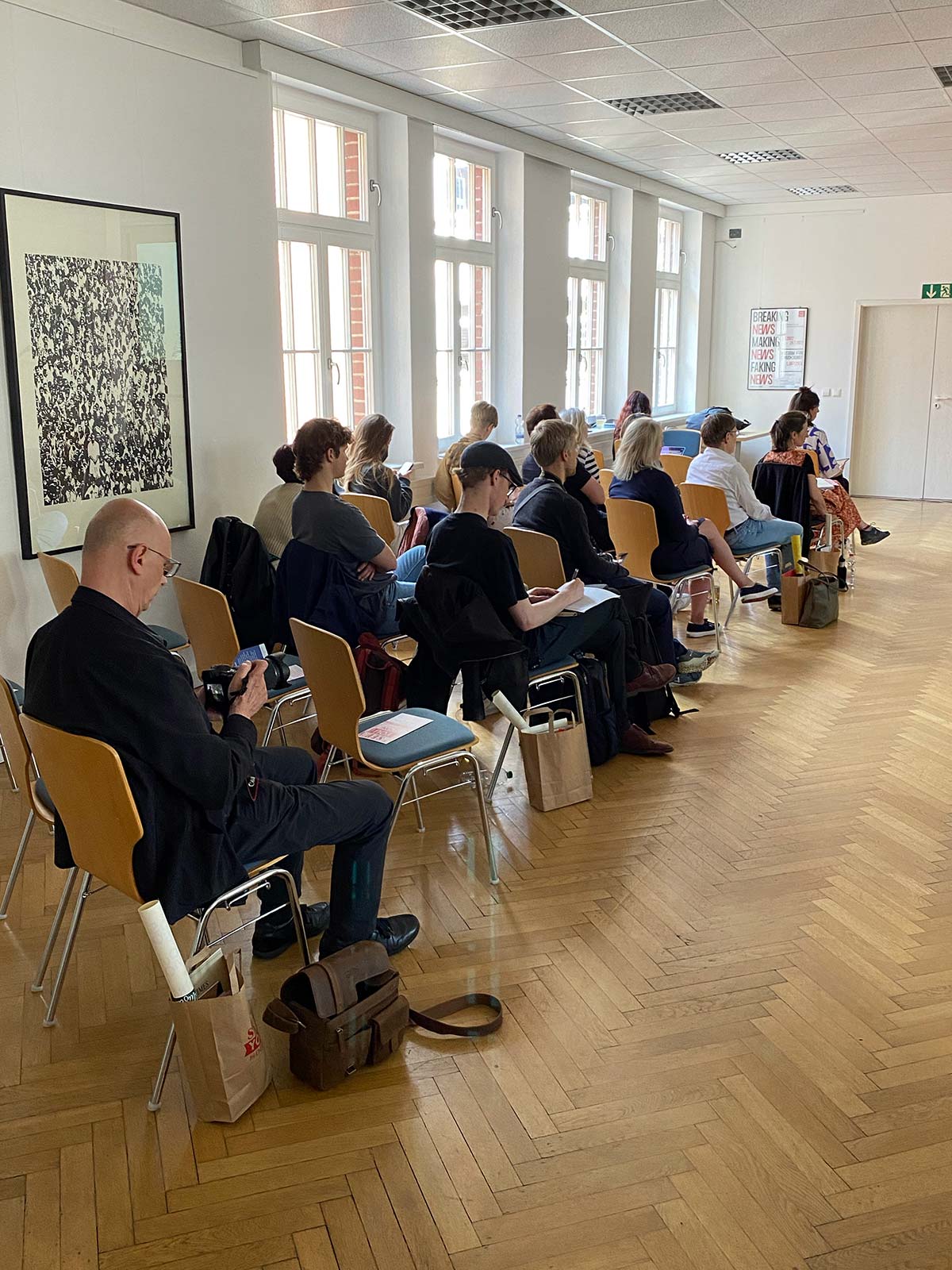 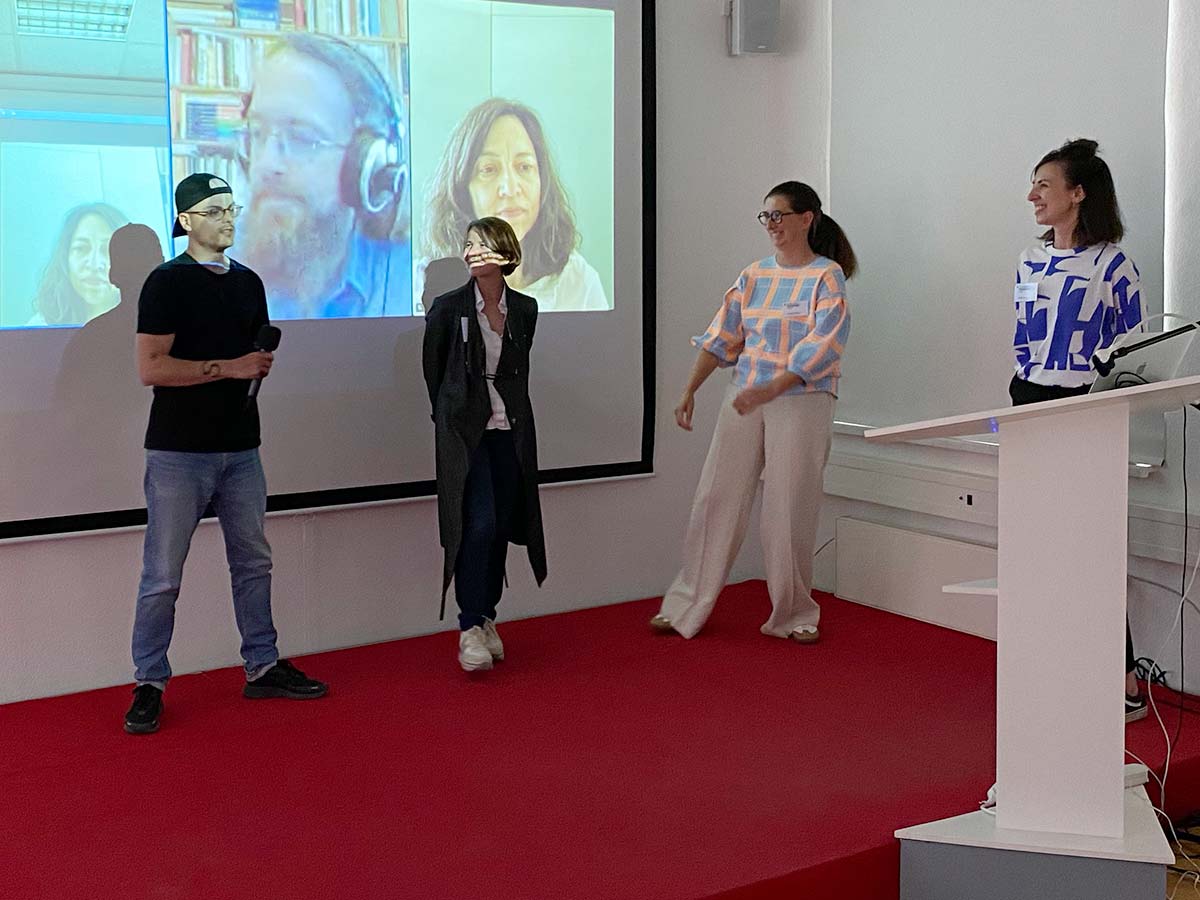