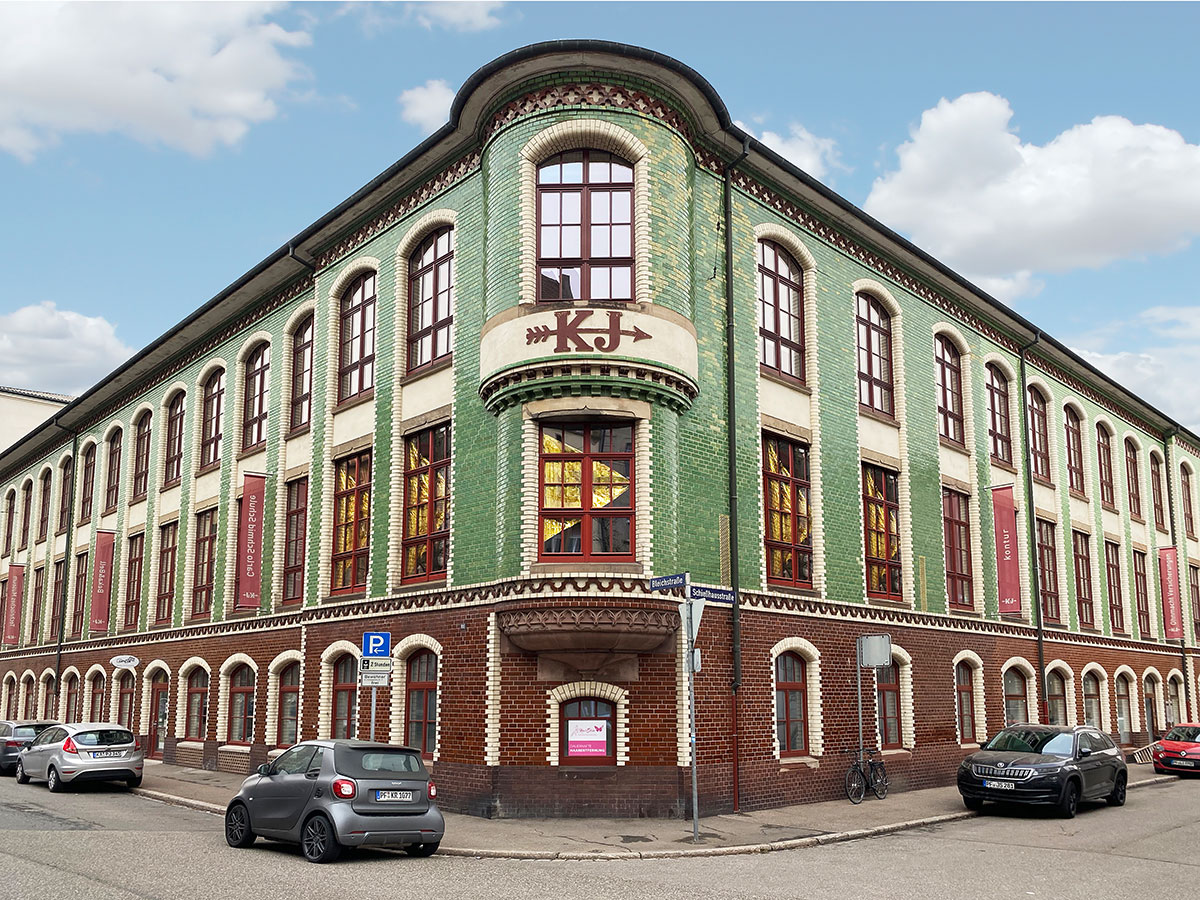 A Golden Evening for People in Need

On March 19th, 2022, the iconic and unique Pforzheim Kontor building Kollmar & Jourdan hosted A Golden Evening for People in Need. The building shone in gold, with a meaningful, ambiguous facade installation to collectively raise money for a charitable cause.

Following a staging idea by Steffen Vetterle, Pforzheim jewelry designer Jasmina Jovy, with the help of many volunteers, had the windows on the south wing wrapped in gold foil. Over three floors until the opening of your showroom on May 14th, 2022, the facade receives a striking golden glow. On opening day, the gold wraps will then come off. Additional projections on the facade and in the showroom interior rounded off the public installation and the prevent.

In the process, gold and its glamour in the self-proclaimed gold city of Pforzheim were critically questioned: in the artistic concept, the gold foil—a normal rescue blanket—not only signifies the obvious glamour and luxury. The life blanket is normally used to protect people in need. It stands symbolically for all fugitives—on this evening and in the present context for Ukraine. A photographic work by Herlinde Koelbl with refugees wrapped in gold foil in Greece, as well as the facade installations by Ai Weiwei with life jackets of refugees served as basic inspiration for this.

After the Covid period, the high-profile action was intended to bring together diverse people—including current refugees from Ukraine—in Pforzheim and the surrounding area. At the same time, it was also about re-experiencing a city district with its diverse neighborhood and the Kollmar & Jourdan areal in the center, as the new creative hub within the city to communicate. In the exhibition itself, new jewelry positions could be met in an inspiring way and towards the later hour also celebrated again.

Since the gold foil can be described as unsustainable, the gold foil material of the installation is subsequently reworked into bags by Pforzheim fashion designer Monika Markert. These will find their use as goodie bags at the showroom opening and will be available for purchase. Also available for purchase were bracelets with a peace dove in the colors of the Ukrainian flag, specially designed for this evening in a limited edition by jewelry designer Jasmina Jovy. The catering and beverage suppliers provided everything pro bono.

Thus, in one evening came together not only the neighborhood, but the diverse users of the Kollmar & Jourdan areal—the Carlo Schmid School, the Technical Museum, architects, and designers. Thus, a total of over 200 people, through which almost 2,000 euros in donated funds could be collected to date. 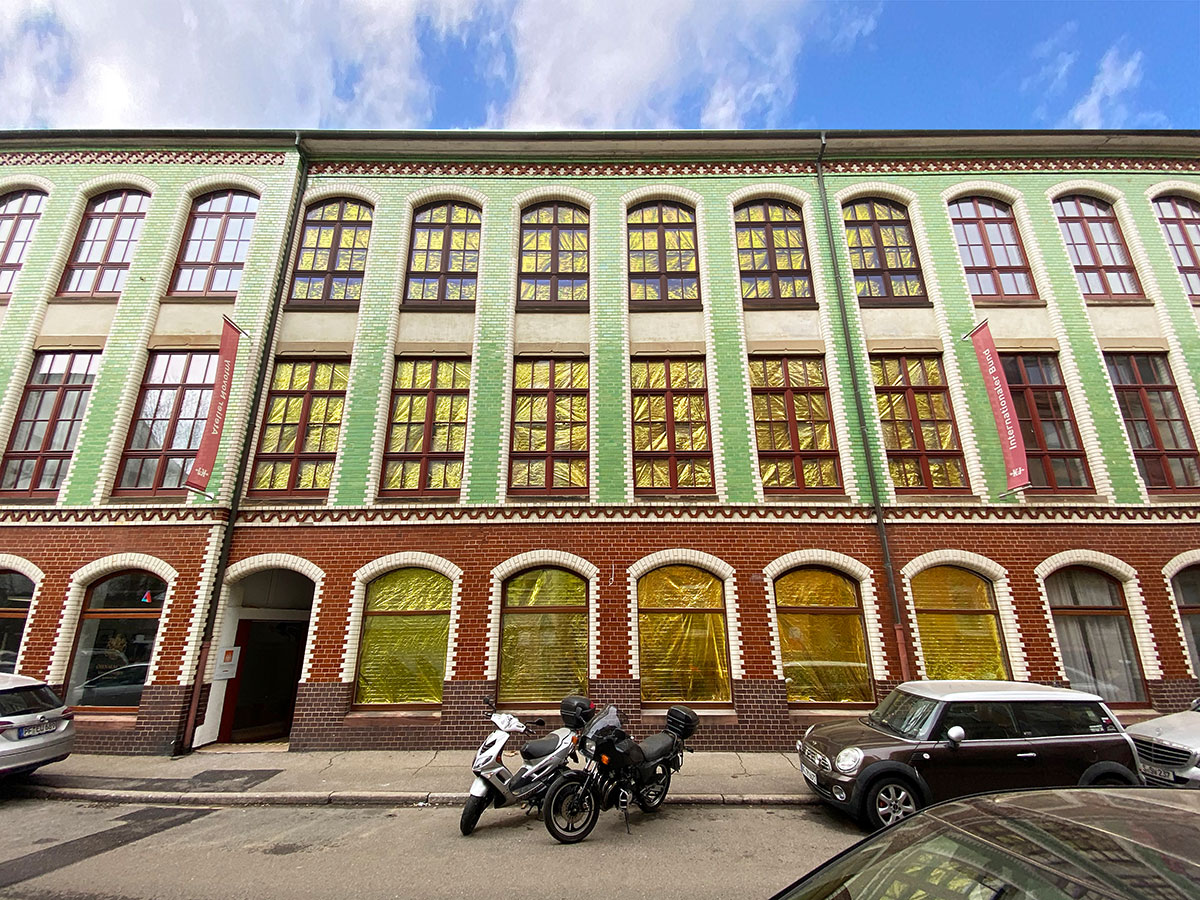 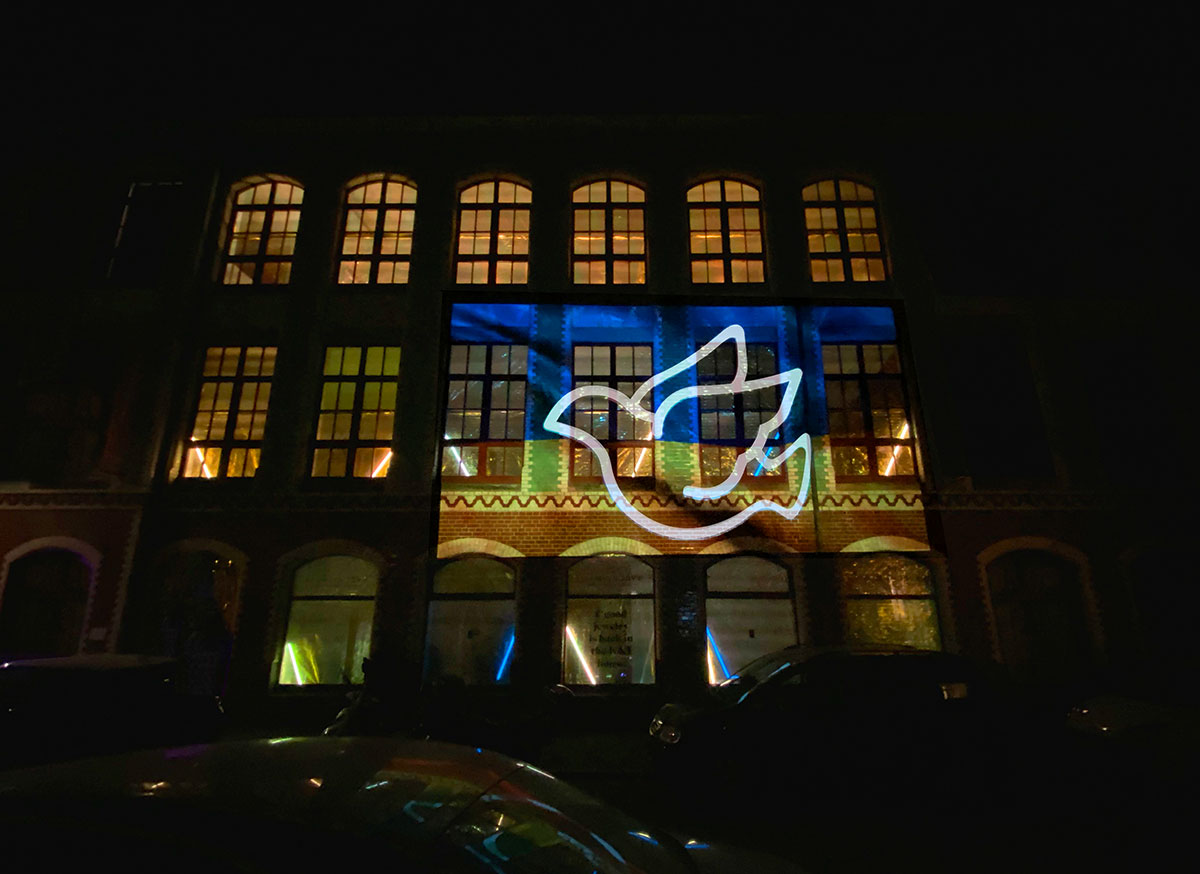 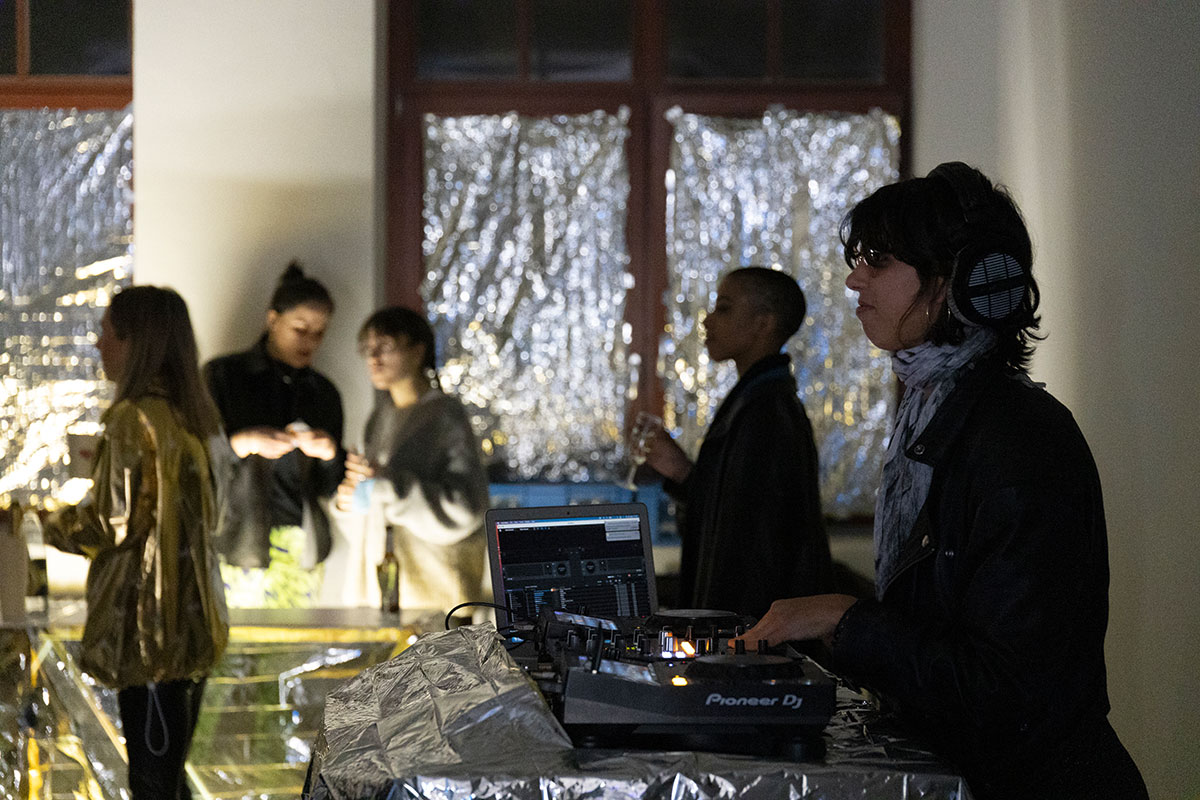 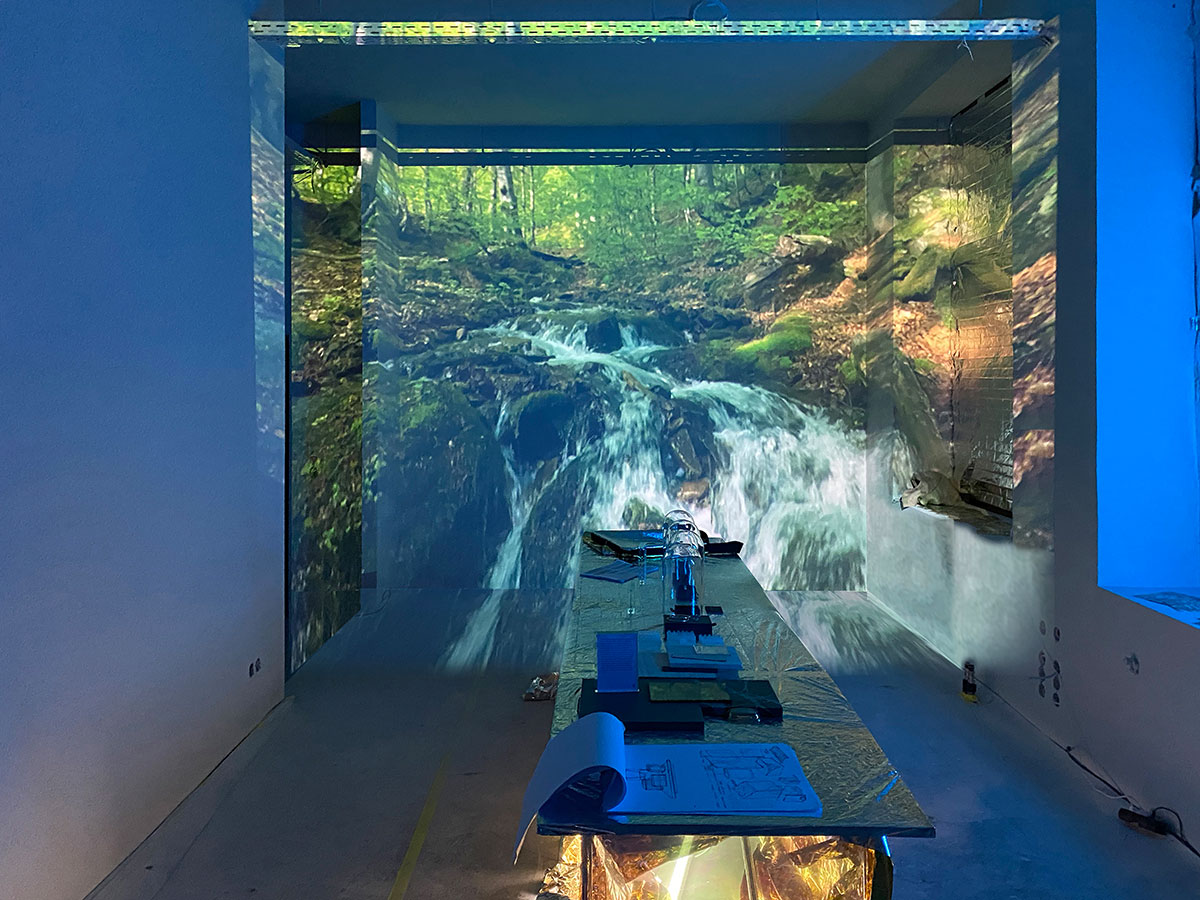 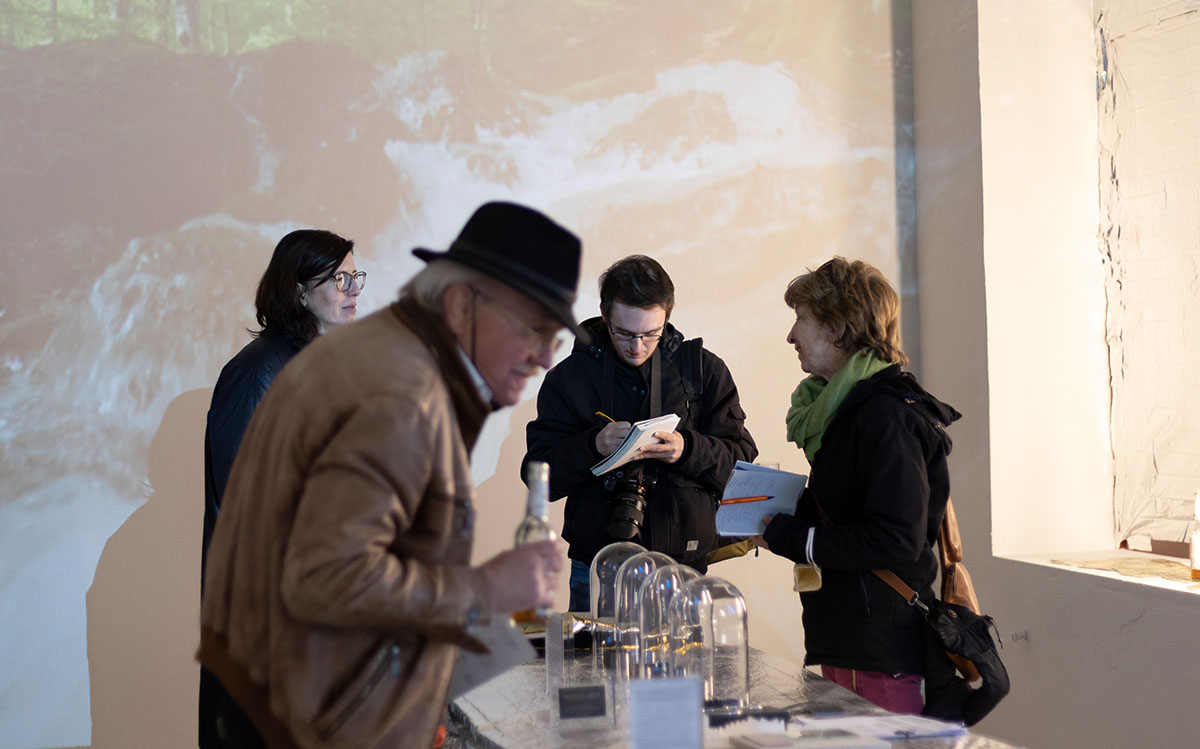 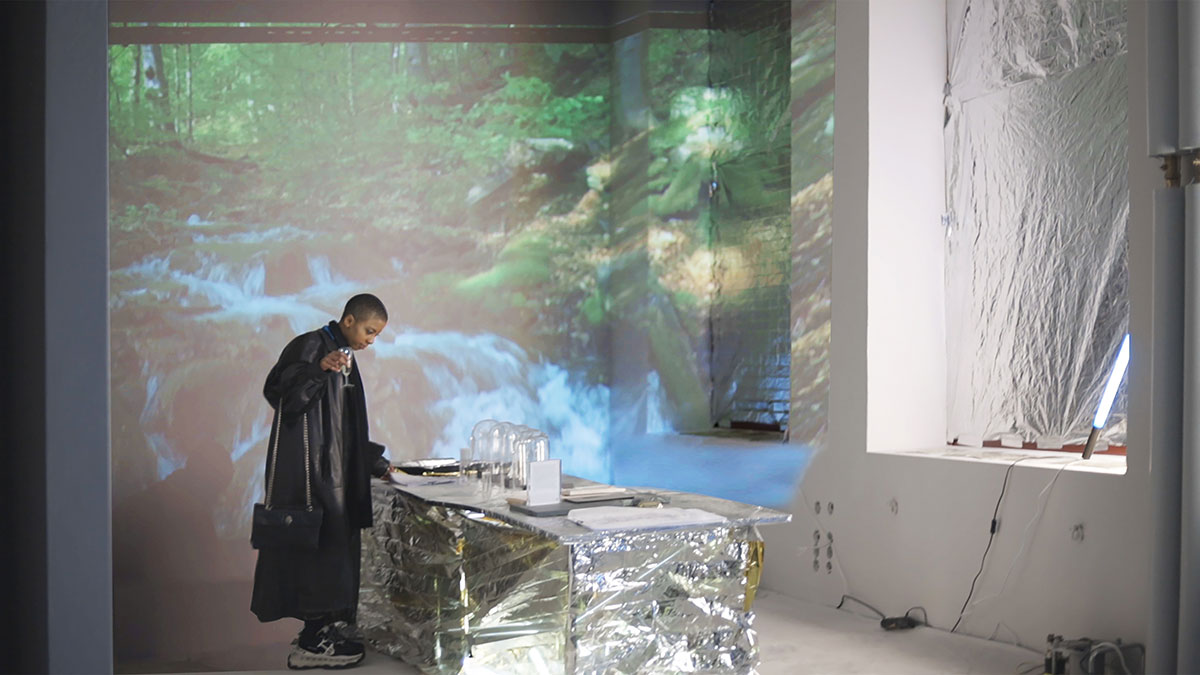 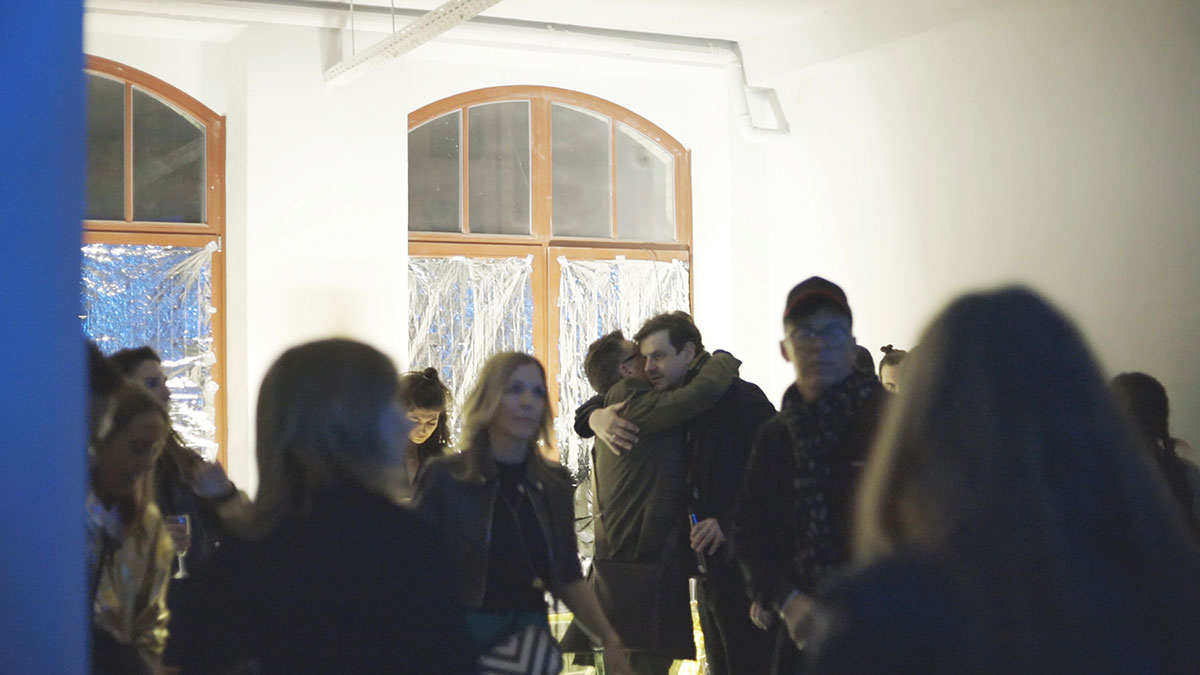