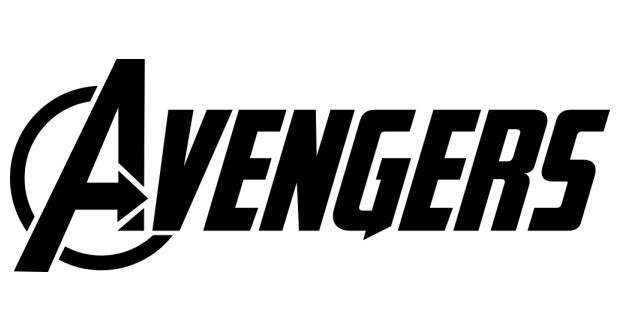 The Battle of Fonts

The Endgame is near. With less than a week until its release, Marvel Studios’ Avengers: Endgame managed to create a real hype around this latest. Lots of conspiration theories regarding who survives and who doesn’t fill the Internet. The tension grows bigger day by while, while our patience drops bit by bit. Who will survive this war? We’ll just have to wait and see.

Before finding ourselves inside the theater, stocked with enough popcorn and fizzy drinks to last us three whole hours, eager to see what’s going to happen to our favorite superheroes, let’s find out a few things about WhatFontIs. Whether you plan on making yourself a nice t-shirt with your favorite superhero or to create some posts showing your enthusiasm regarding the movie, WhatFontIs will come in handy. This font identifying tool will help you find out the names of pretty much all the fonts you were wondering about. Since 2010, WhatFontIs’s catalogue expanded significantly, currently hitting approximately 500k available fonts, some designated for personal use, some for commercial use, all of them ready to be discovered and used by your creative mind.

How does it work?
You’ll learn to use WhatFontIs in the blink of an eye. We’ll break it down to you into four simple steps and, because we’re as eager to see Endgame as you are, we’ll exemplify it on the font used for the Avengers movie series.

Step #1:
To begin with, in order to find out the name of this font, we’ll need to get a hang of it. One short Google search later, after you’ve saved the image in your computer, you can sit back and let the fun begin.

Step #2:
Now, open a new tab in your browser and type in whatfontis.com. All you have to do here is to upload the picture you just saved by clicking the BROWSE button. Now click on FIND THE FONT while we’re moving forward to the third step.

Step #3:
Now, you’ll have to write underneath each character the letter it represents. You’ll find designated text boxes under each character.

Step #4:
And finally, click on continue and check out the results. You can now scroll through lots and lots of fonts and choose the one that matches the best with the original one. Our best match was sitting on the 28th position.

Now, let’s find out the font names for the other superhero movies that joined the Avengers in their battle against Thanos.

Iron Man
We all love his humor. The Avengers wouldn’t be the same without Tony Starks. Just like the movie poster wouldn’t be as cool as now without the Stark font.

Spider Man
Mentored closely by Tony Stark, Peter Parker is trying to live a normal, teenager life. Somehow, villains always get in the way. His last scene from Infinity War made us all shed a tear. Wondering about the Spiderman font? Check it out here.

Thor
Literally and figuratively speaking, Thor is God. After he got himself kicked out of Asgard by his father Odin, he found himself drawn to join the Avengers in their battle against the bad guys. Check out the Thor Ragnarok font over here.

Captain America
Steve Rogers, the rejected military soldier we all know today as Captain America, is one of the few superheroes that’s still standing. Will he avenge his team-mates which were vanished away by Thanos and its infinity stones? While thinking about this, take a look at the Captain America font.

Guardians of the Galaxy
They all join the Avengers in their battle against Thanos. Sadly, by the end of Infinity War, the only guardian that’s still standing is Rocket. While weeping because we reminded you of the terrible losses of the previous movie, check out the Guardians of the Galaxy font.

Doctor Strange
Rumor has it Doctor Strange will resurrect in Endgame. Or, at least, time travel sometimes during the plot and help his team mates win the war. We’re so curious to see if this is true or not. Meanwhile, we traveled through the Internet and came across the Imperator font. Looks familiar, right?

Black Panther
Wakanda forever, right? One thing is sure: the Black Panther will rise again in Endgame, lots of critics assuming that somehow Thanos’ action of vanishing half of the universe will be averted or undone. After reading the whole lot of conspiration theories you can find online, take a quick look at the Black Panther font. Look extremely awesome and badass, right? Just like T’Challa.

Keep using WhatFontIs
Whether you’ll need it for work or for your leisure time activities, WhatFontIs is always a good idea. Besides the basic free account, you also have the possibility to purchase the Premium account, which will get you:
– Unlimited number of fonts identifications
– Unlimited access to over 500,000 fonts results
– Identify fonts by price
– Custom text preview
– Auto character recognition system
– Select sources for commercial fonts.

Besides all these cool features, going premium will give you the chance to live the WhatFontIs experience ad-free. All of this for only 29.90 $ per year.