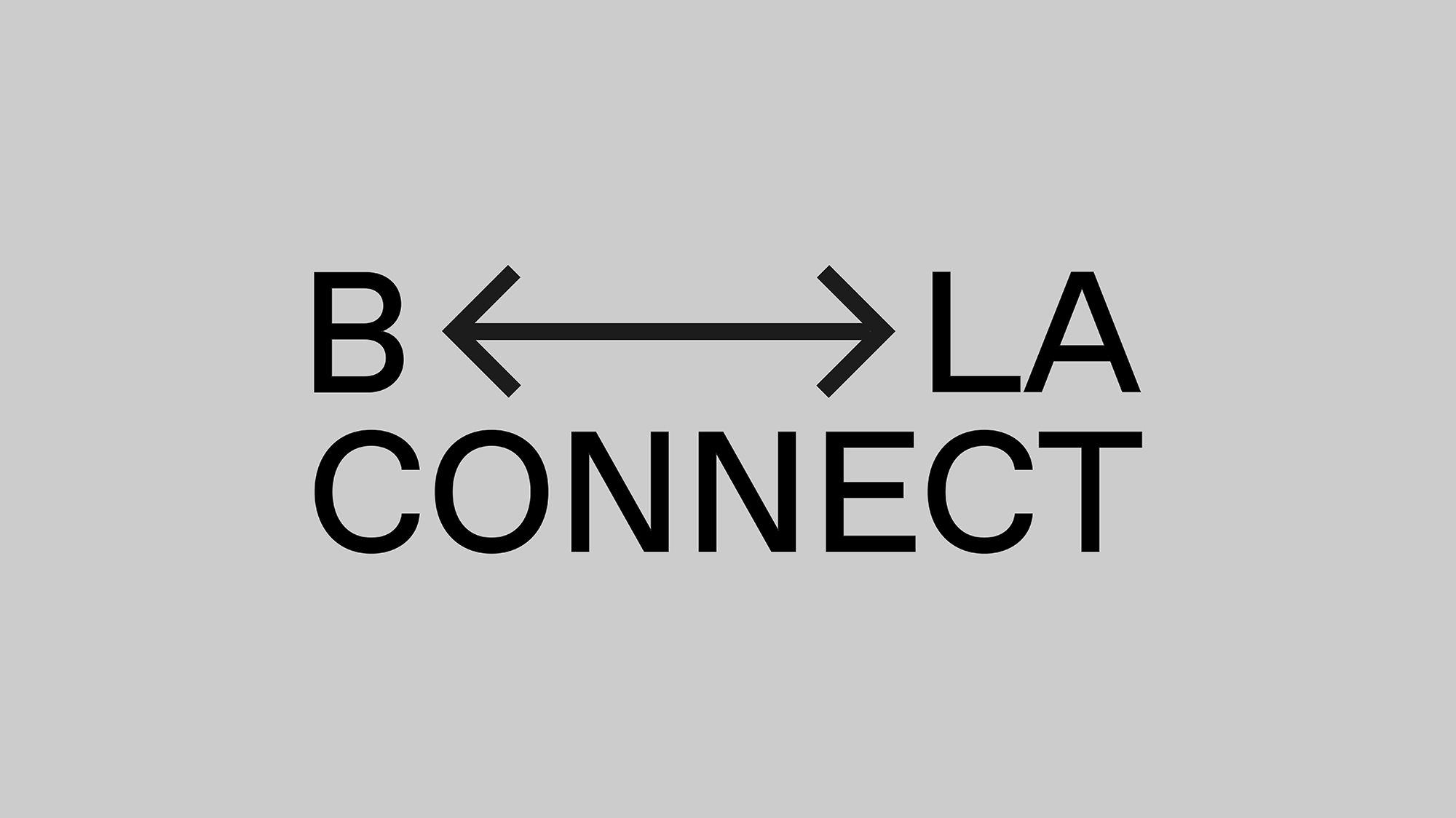 B-LA CONNECT is a platform for the promotion of cooperation and networking of the creative communities of the two partner cities Berlin and Los Angeles. In the next years a large exhibition and exchange project is to take place between project spaces operated by artists / curators and collectives from both cities: In June 2019, 20 art spaces from Los Angeles were be exhibited in 22 art spaces from Berlin. The interdisciplinary program includes art exhibitions, film screenings, performances, lectures, and more. In the following year, 2020, the Berliner Kunsträume will travel to LA for a return visit. Find the full program here.

B-LA CONNECT sees itself as an international cultural exchange at the grassroots level. It brings together members of different art spheres and scenes from both cities. New possibilities for interaction and interconnection are created and expanded locally within and across borders between the two cities.

A project in which new opportunities for interaction and networking between the two cities are created and expanded. Our approach was to create a reduced and modular design to give the galleries and spaces their space. The design plays with an aesthetics that makes the connection between the two cities clear, both in terms of colour and symbolism. 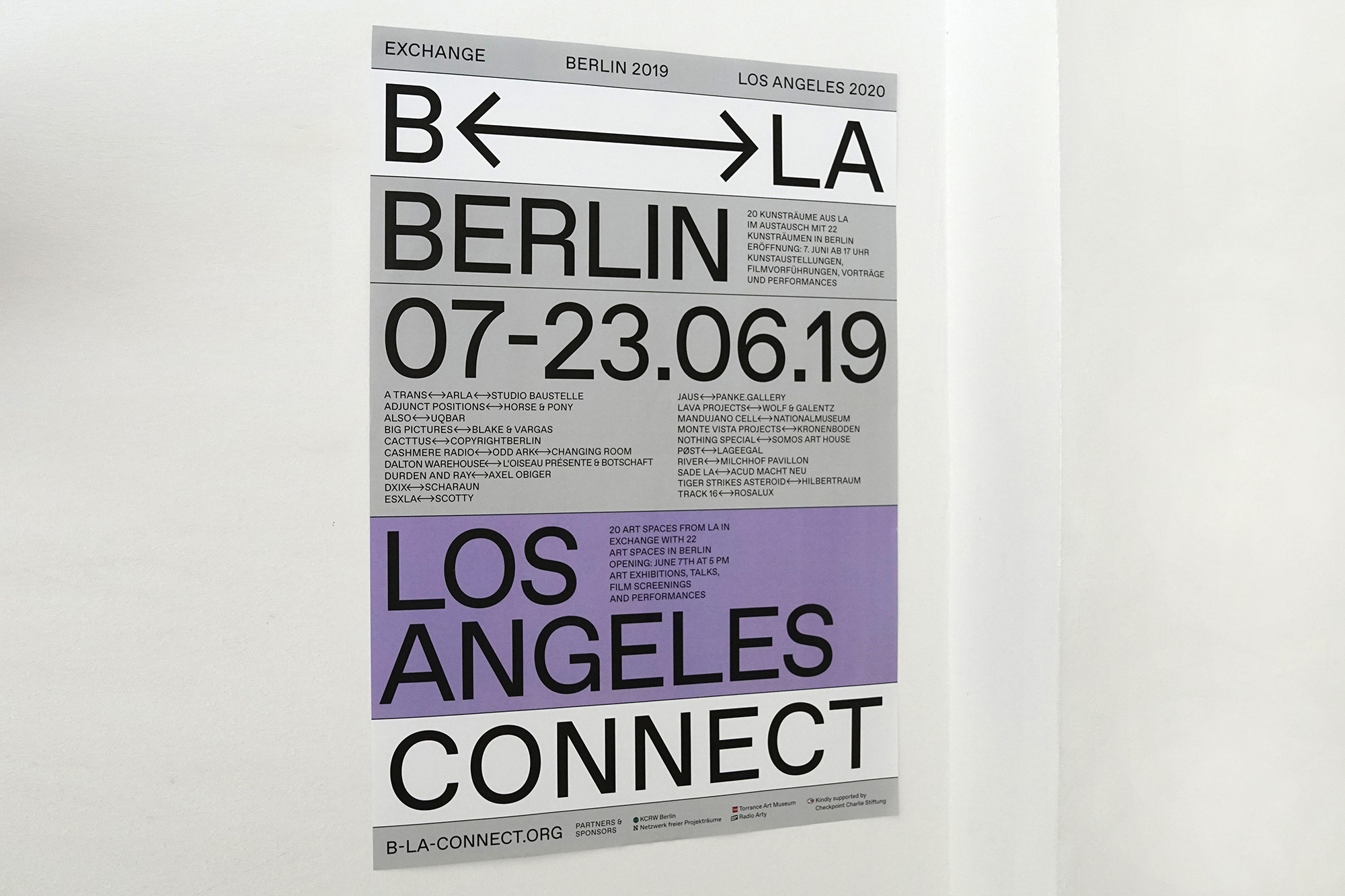 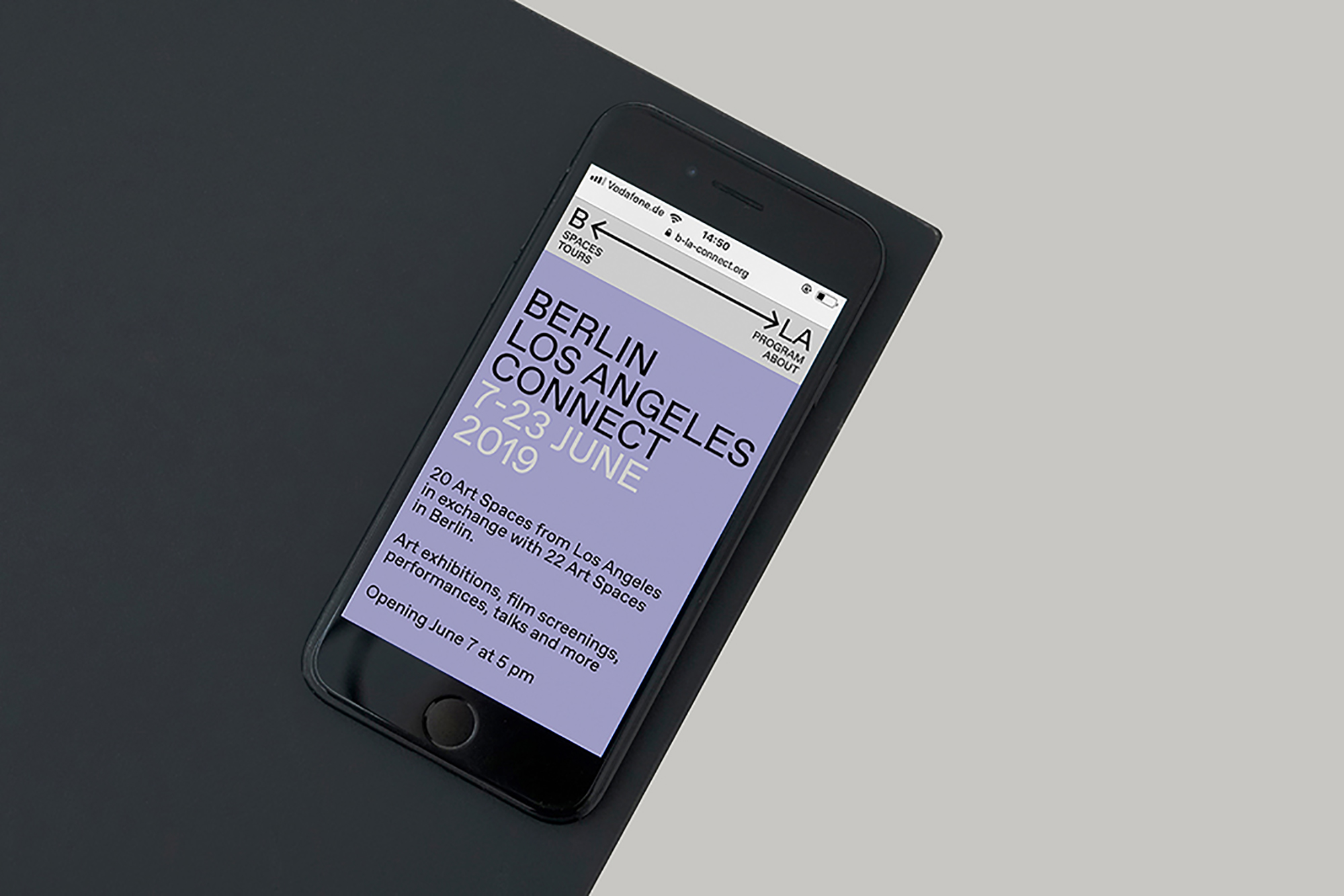 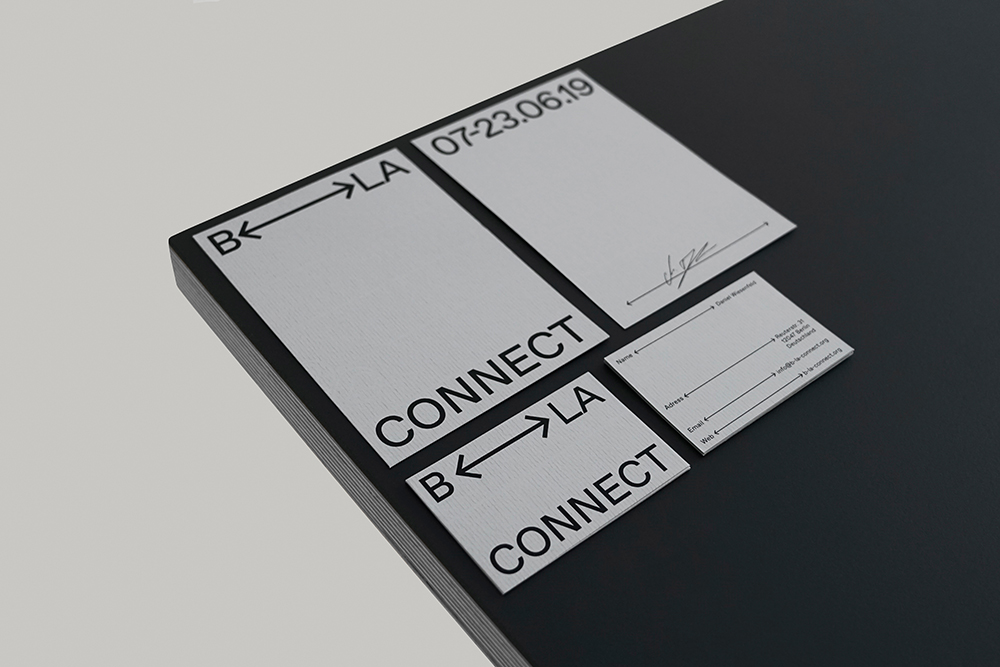 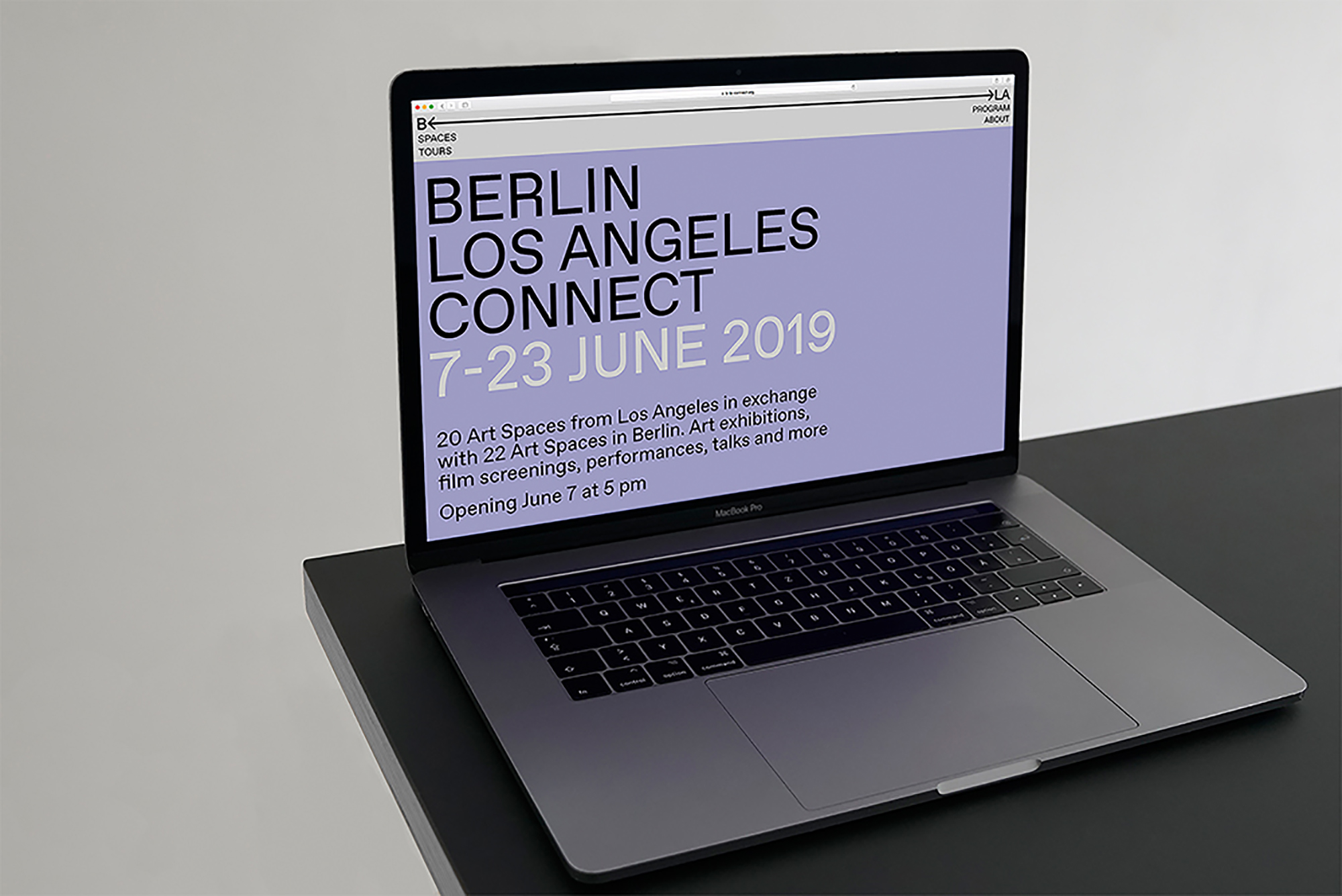 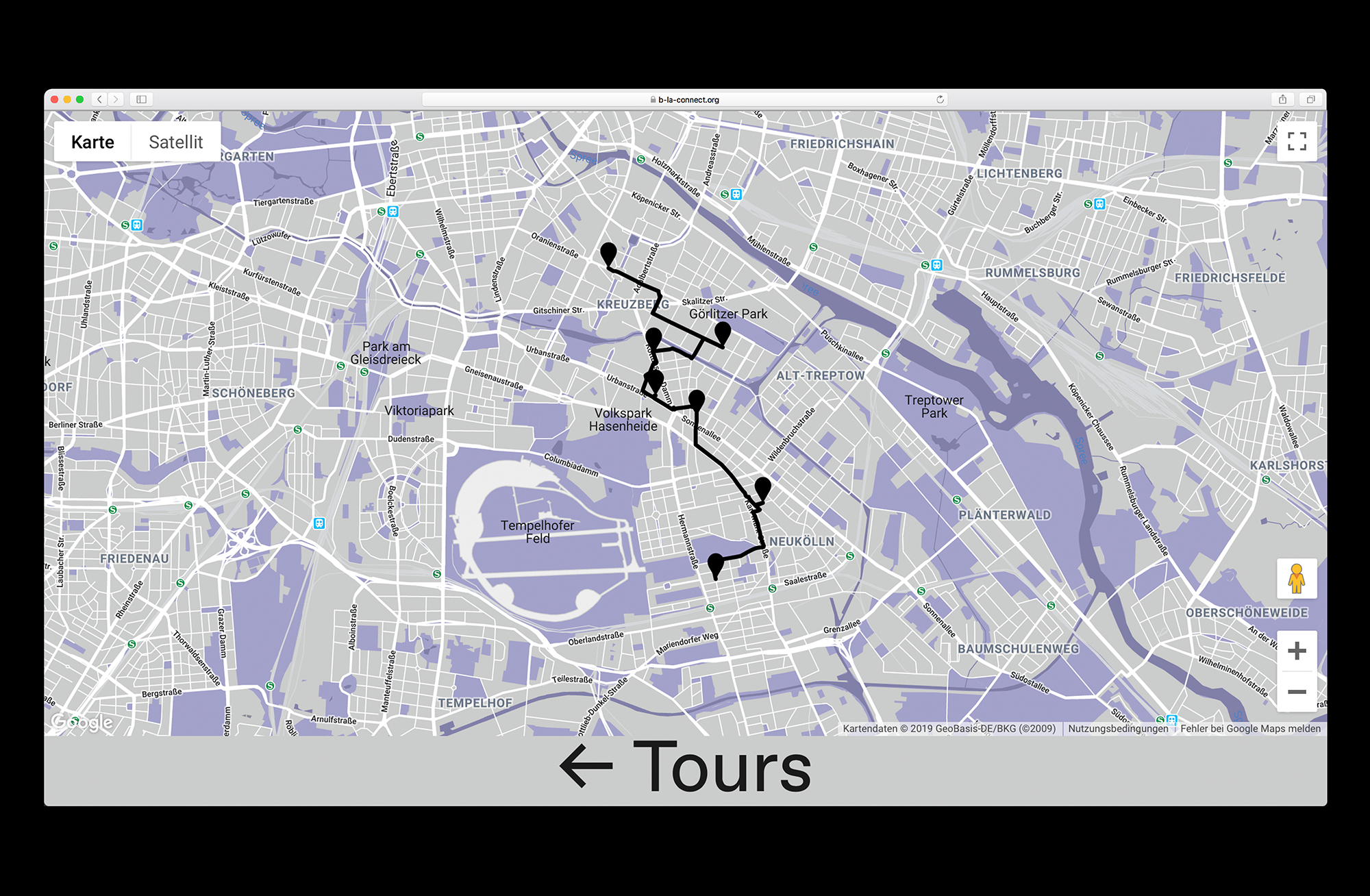 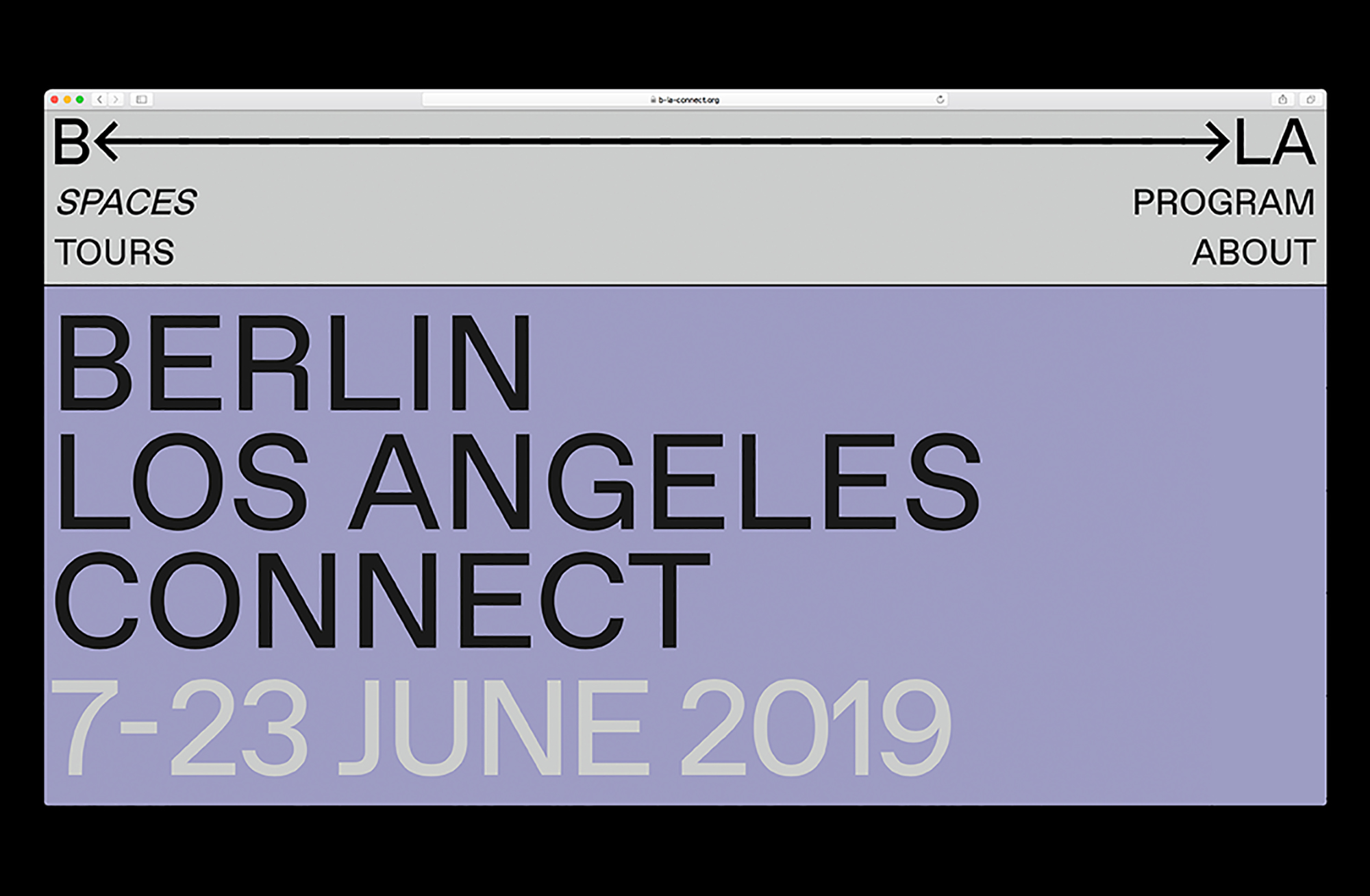 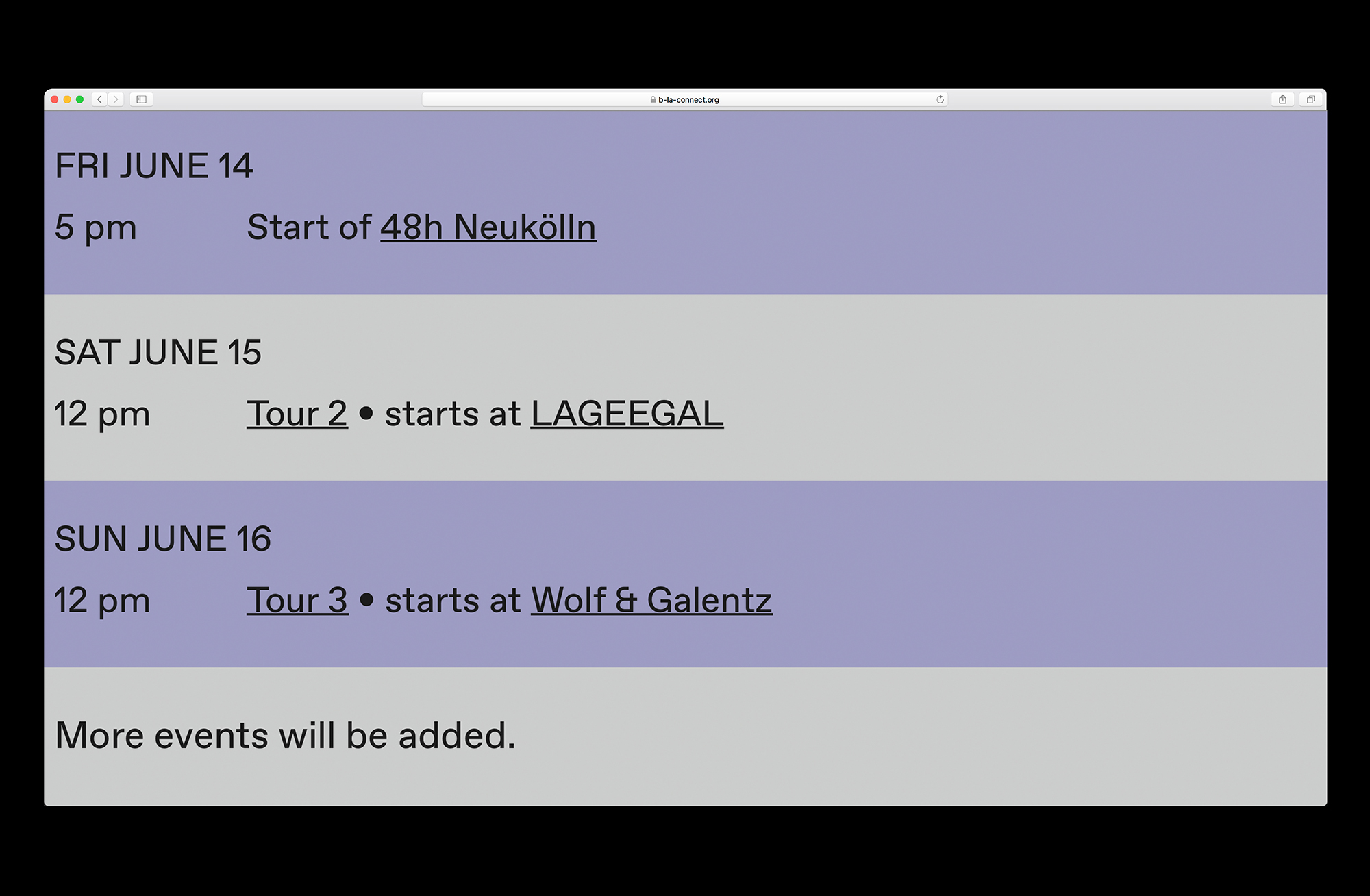 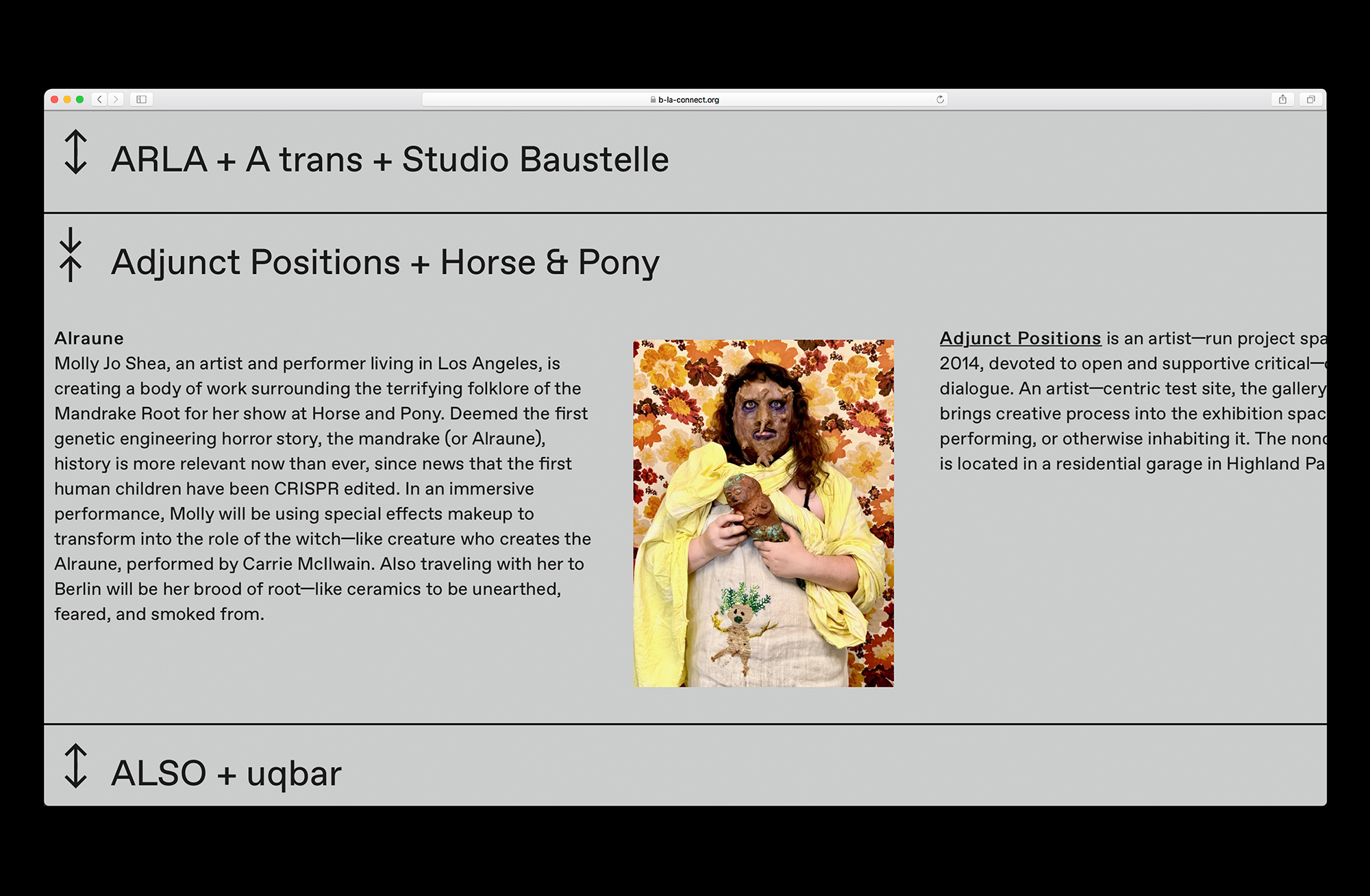 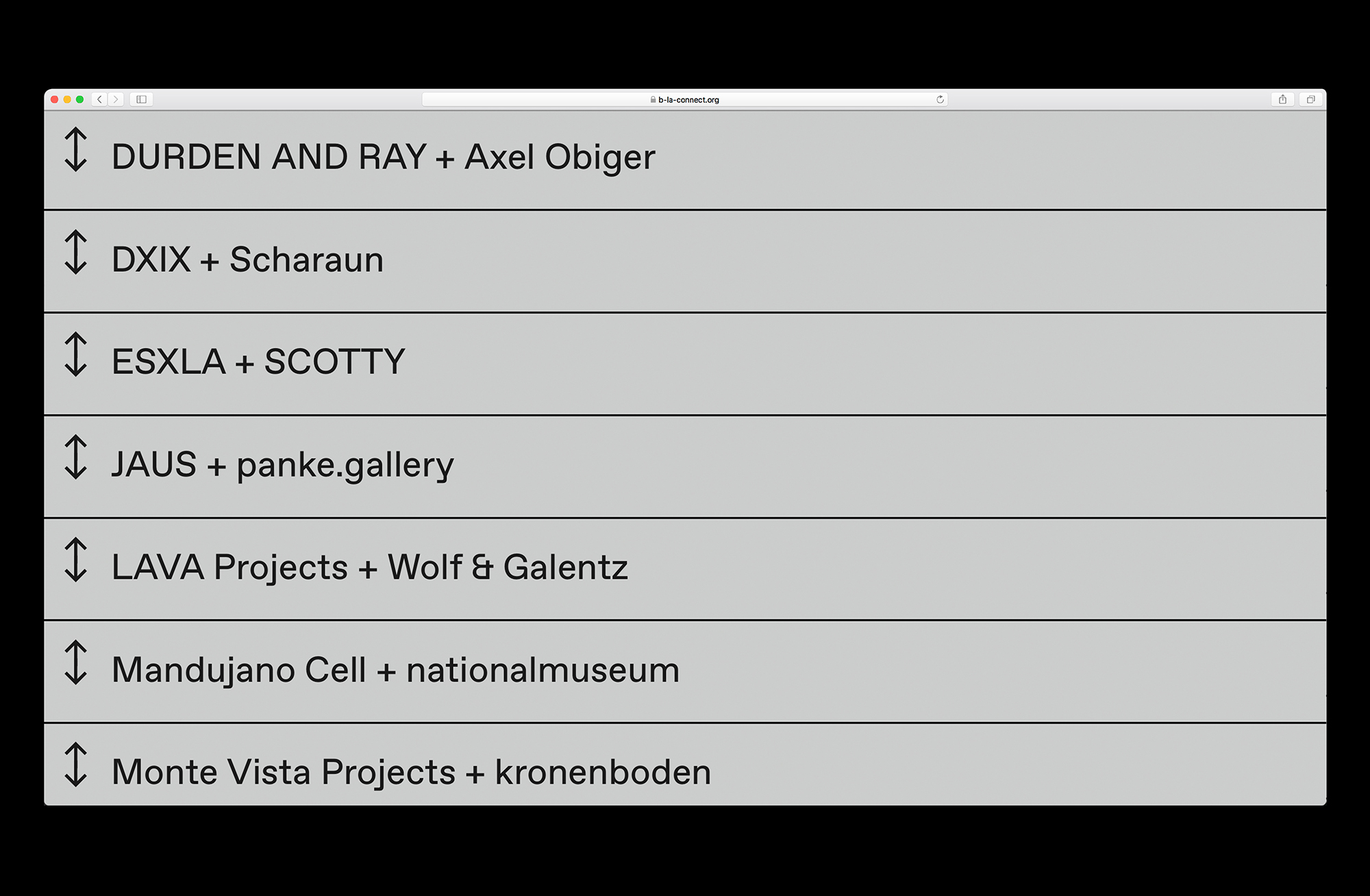