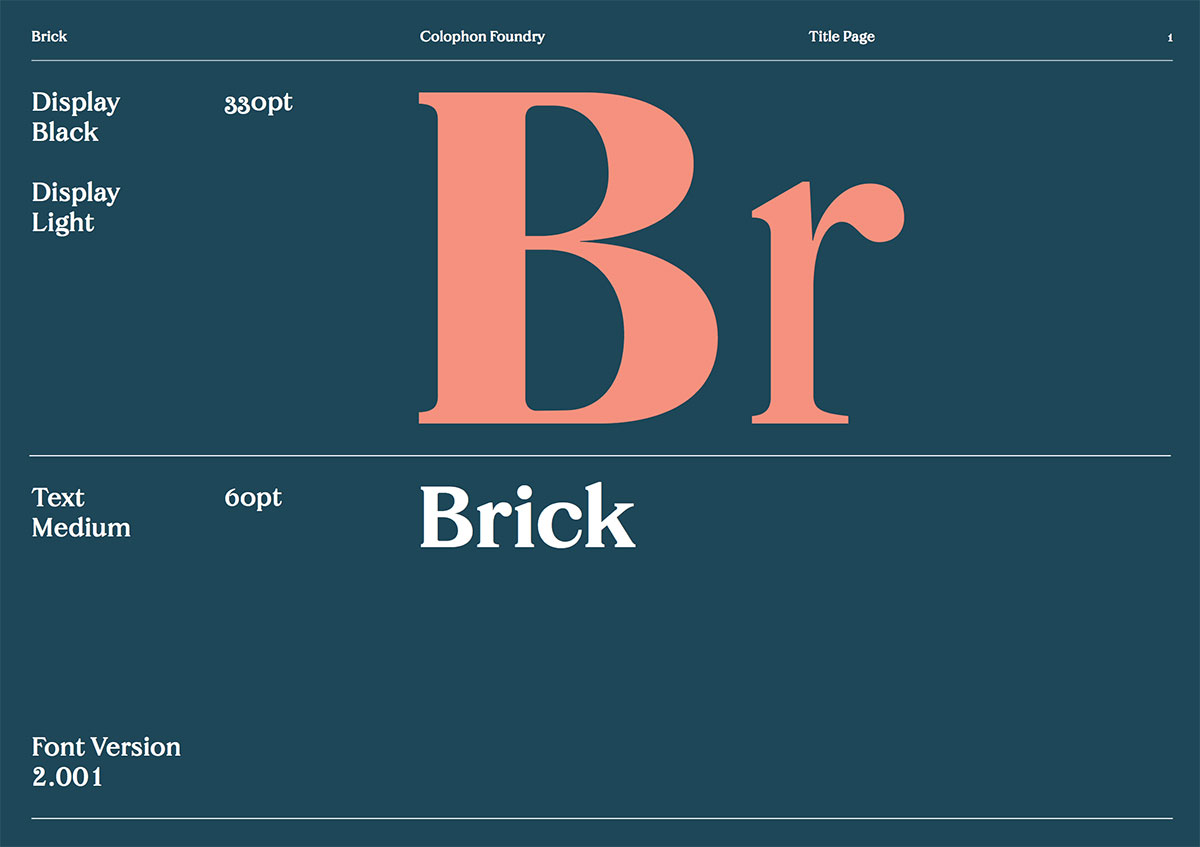 Fermin Guerrero’s typeface has been extended

The story of Brick started back in 2015 whilst Fermin Guerrero was studying Typeface Design in Reading. Visiting London, and walking down Brick Lane in London, Guerrero noticed an often overlooked, but incredibly beautiful sign for the now-closed pub, The Jolly Butchers. There was an instant fascination with the forms found within the sign. The style of Brick exquisitely blends Art Deco with a touch of Art Nouveau, resulting in highly unique features and a world of possibilities for a potential revival. With this initial reference point, Guerrero looked to explore the history of the Truman Brewery and more specifically if there was additional information that could be brought out from this lost signage. It wasn’t until several years later that the collective forms and development of the design began to materialize. Brick’s foundations lie in the signage of three prominent pubs in London’s East End, The Jolly Butchers, The Royal Oak in the Columbia Road, and The Prince Albert in the Acton Street. Referencing their Art Deco traits, with a trace of Art Nouveau heritage, Brick is Fermín Guerrero’s re-interpretation and continuation of the vernaculars elegant gestures, brought into the 21st century.

When starting to design the typeface, it became apparent that this wasn’t to be a stringent revival, but instead the process utilized the referenced signs as a catalyst for a new design, whilst enjoying a certain sense of carte blanche to adapt and develop the design in a new direction. Originally released in 2019, Brick has been extended further, with the inclusion of two new weights—an incredibly delicate and nuanced ExtraLight, along with a Light style sitting below the Regular’s denser appearance. Brick type family is now available in five weights ExtraLight, Light, Regular, Medium and Black, across two optical sizes—Text and Display. It is available to license at Colophon Foundry—in both Standard and Professional versions. The latter encapsulates the prominent Truman brewery’s unique personality through an exhaustive series of OpenType features and stylistic alternates available within the Professional variant. 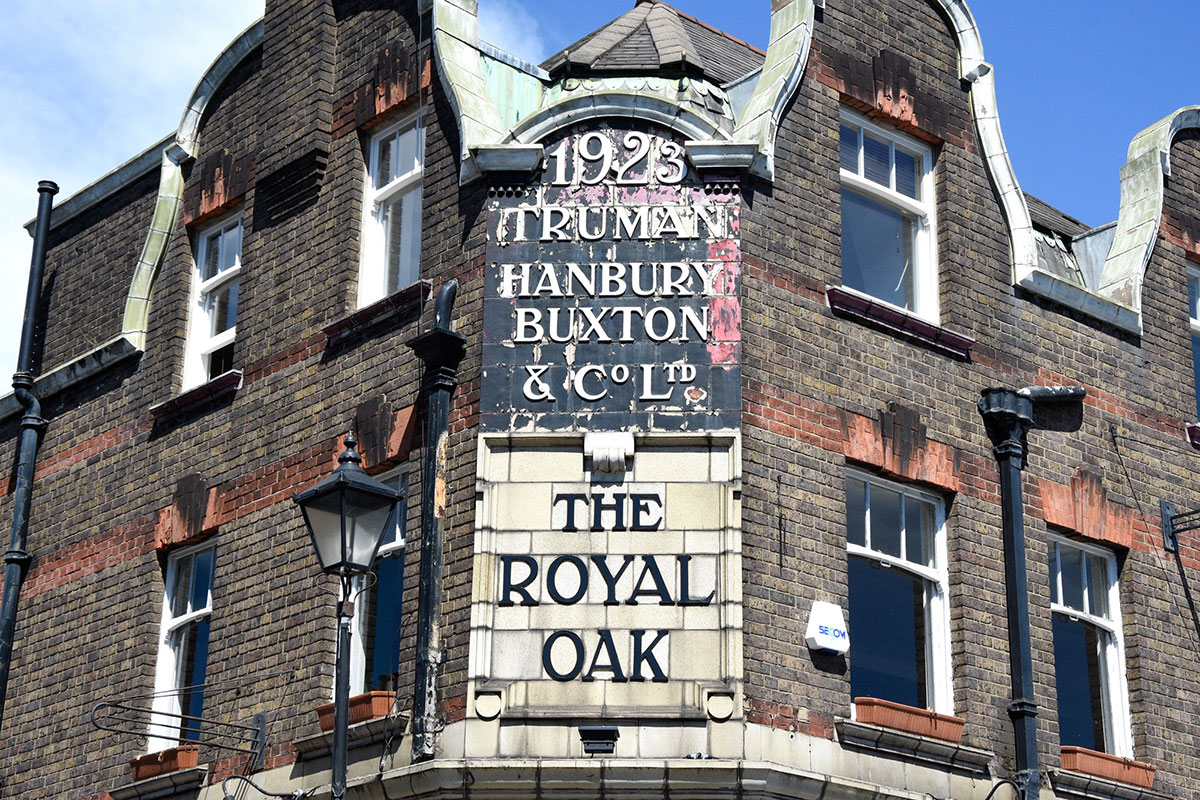 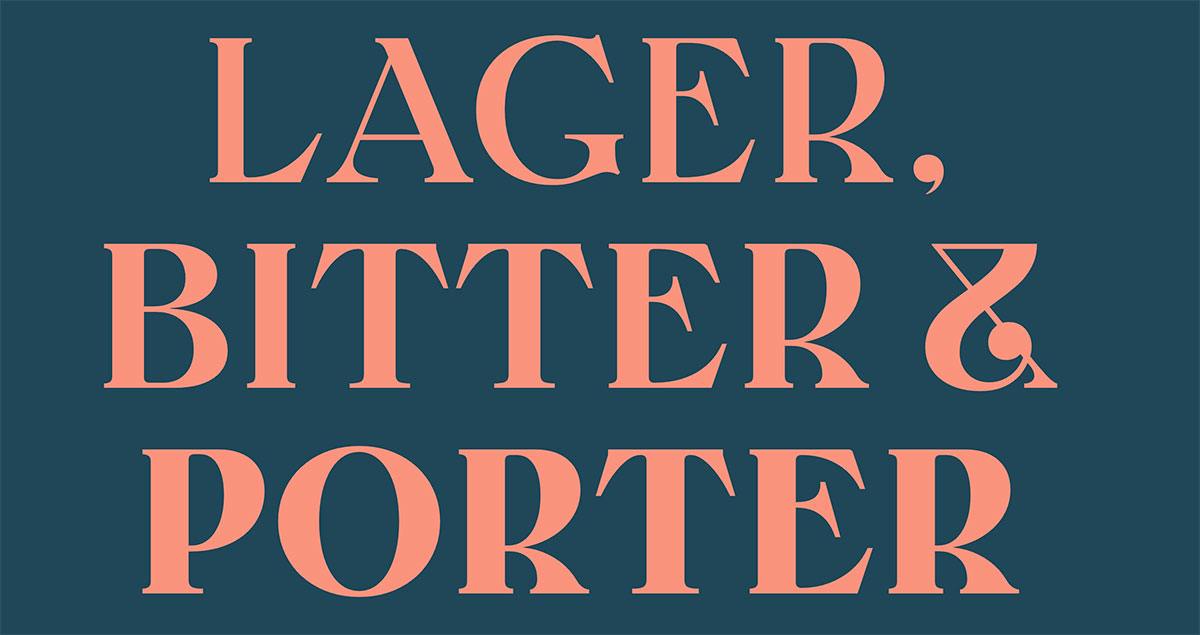 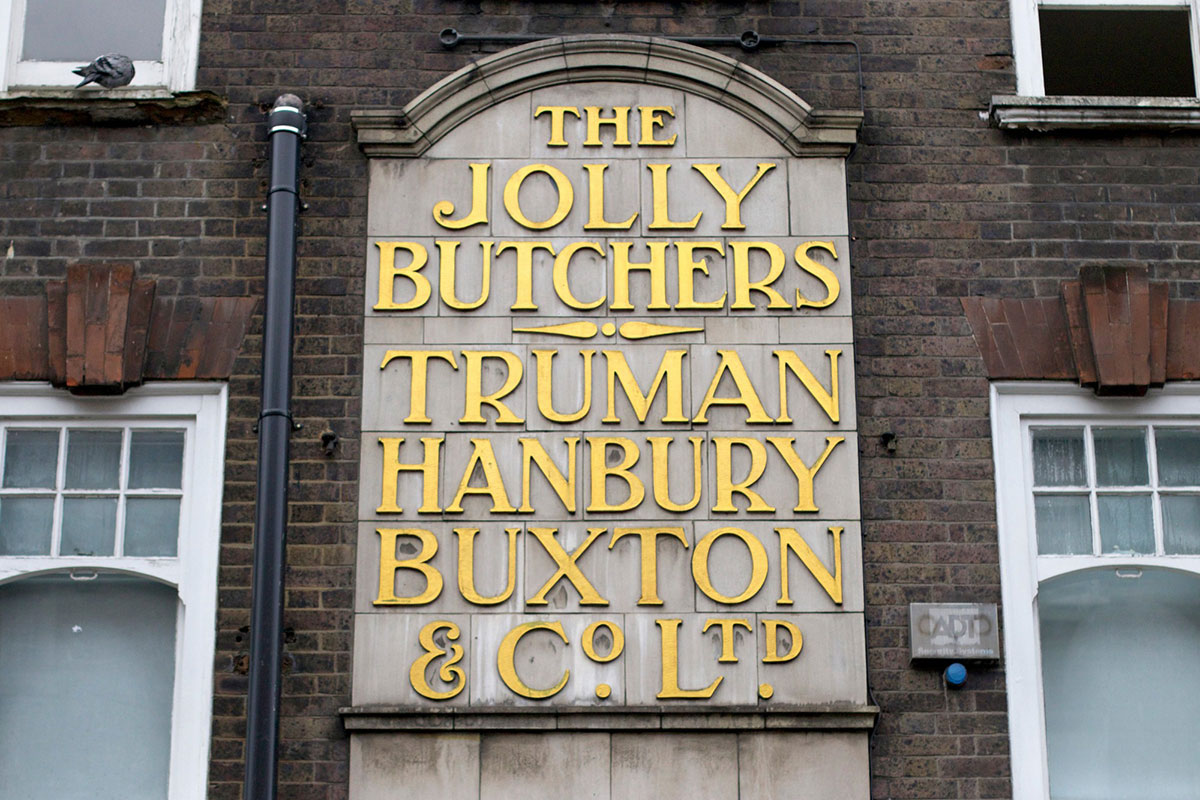 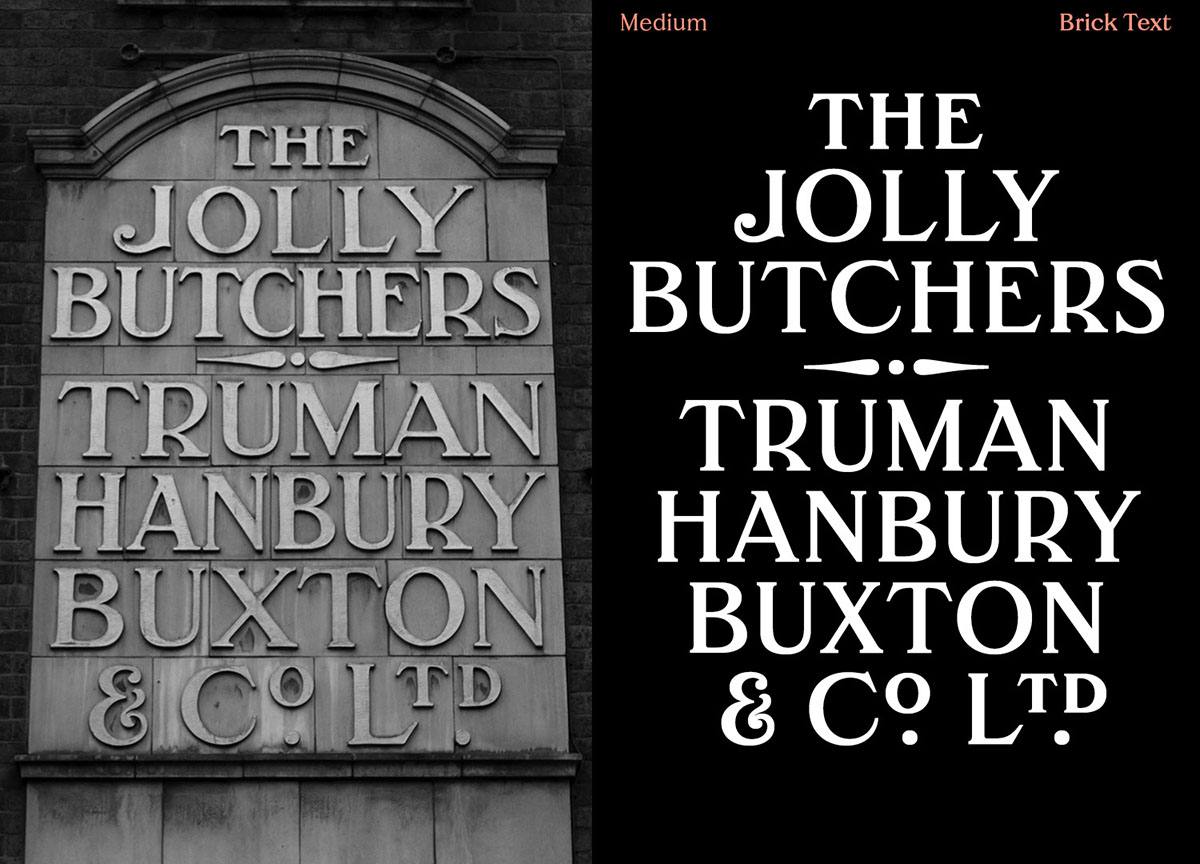 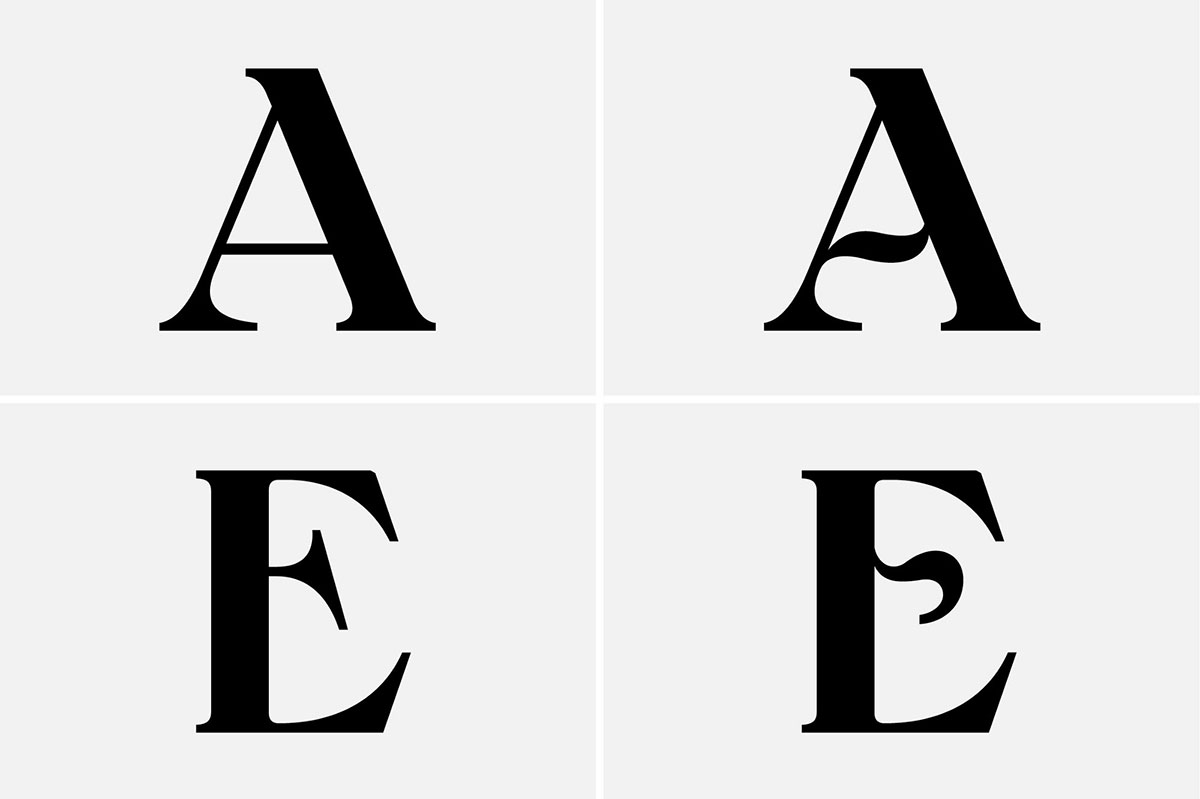 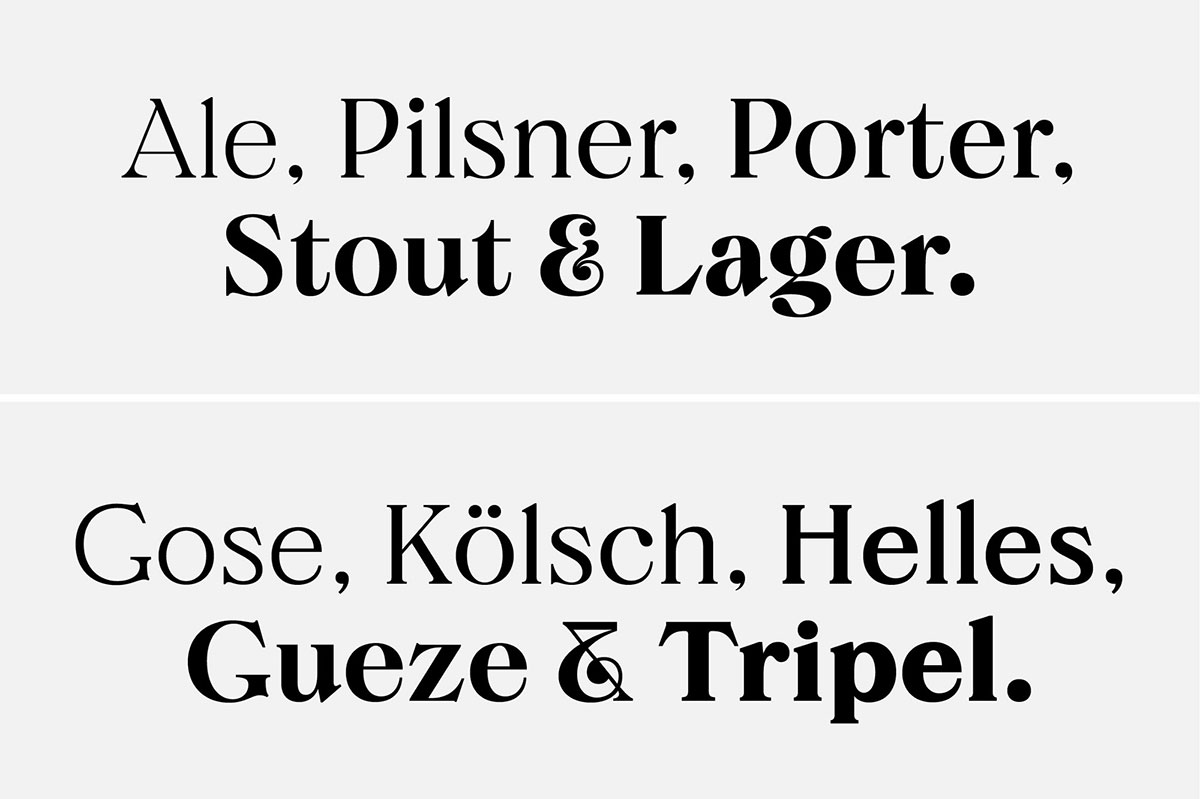 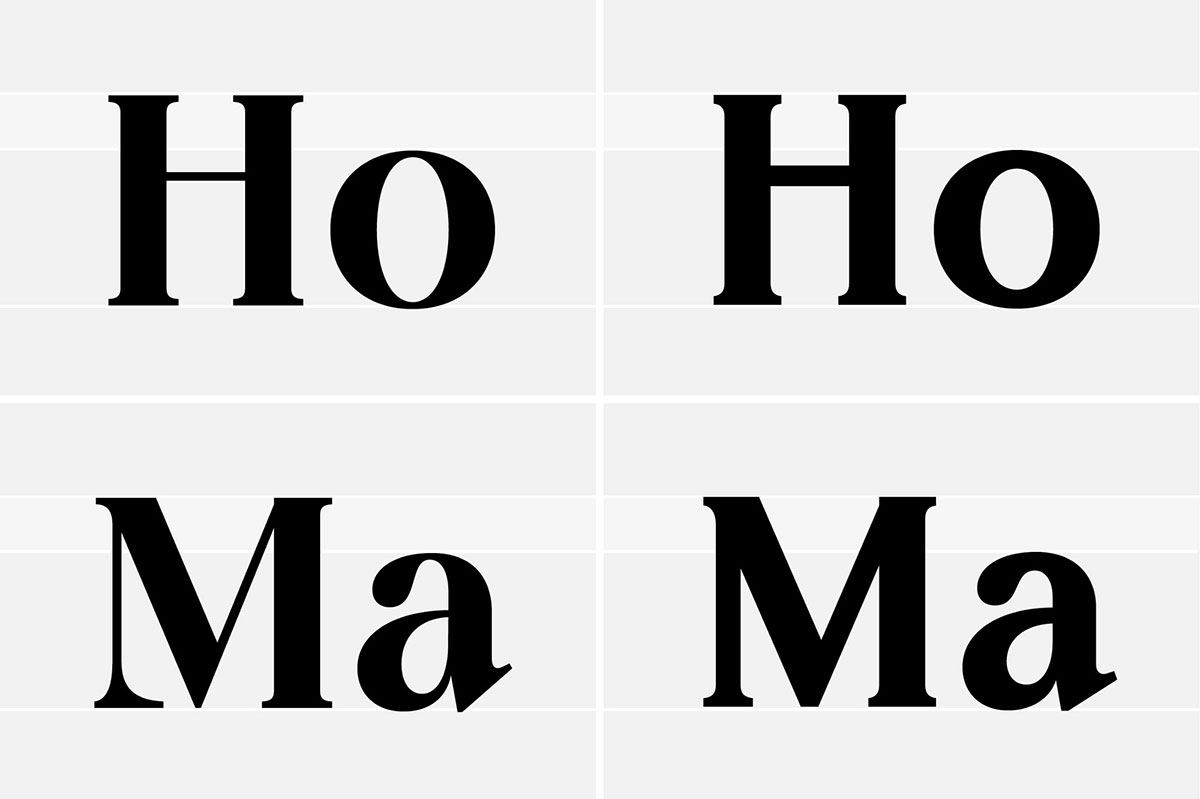 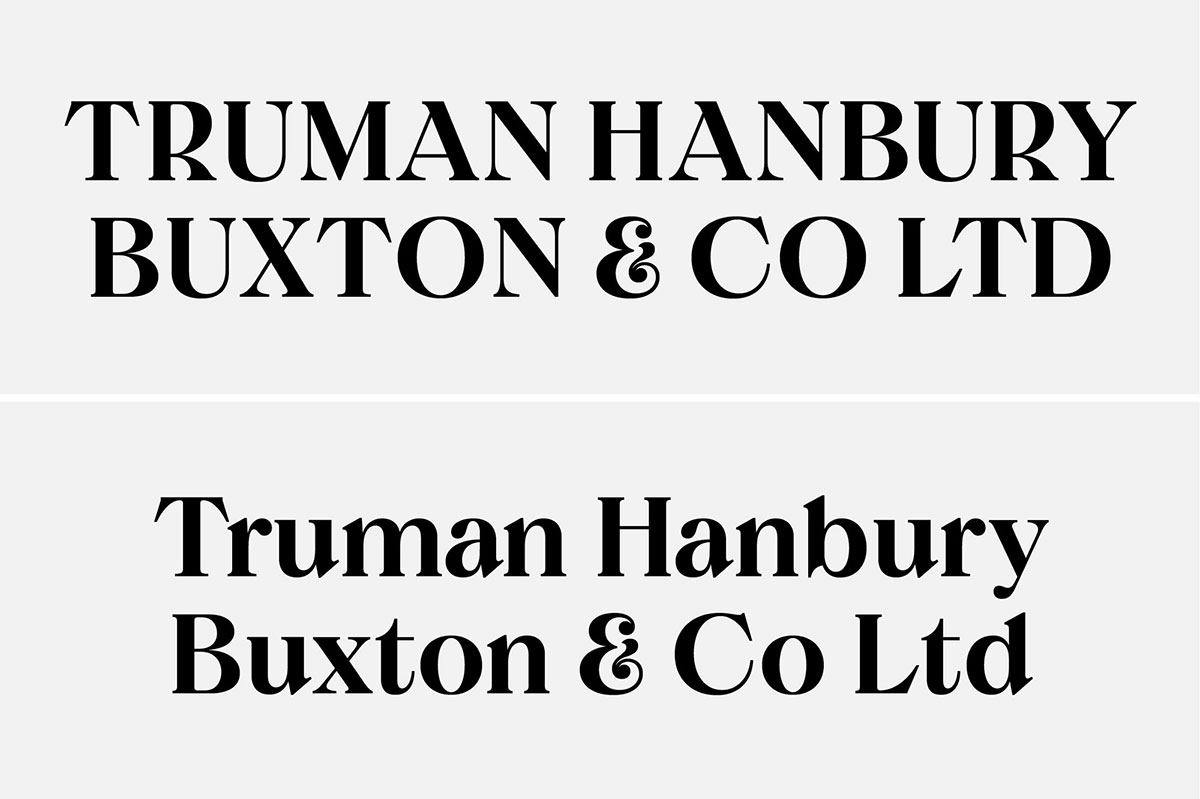 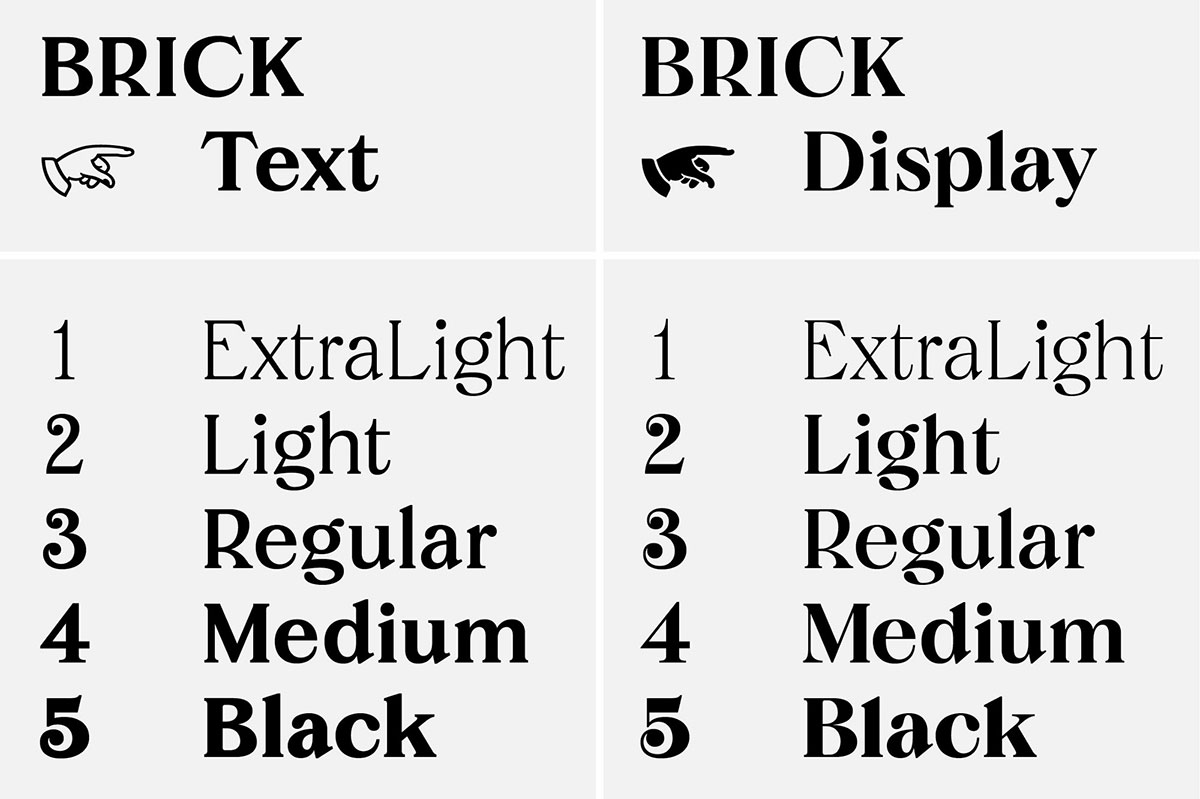 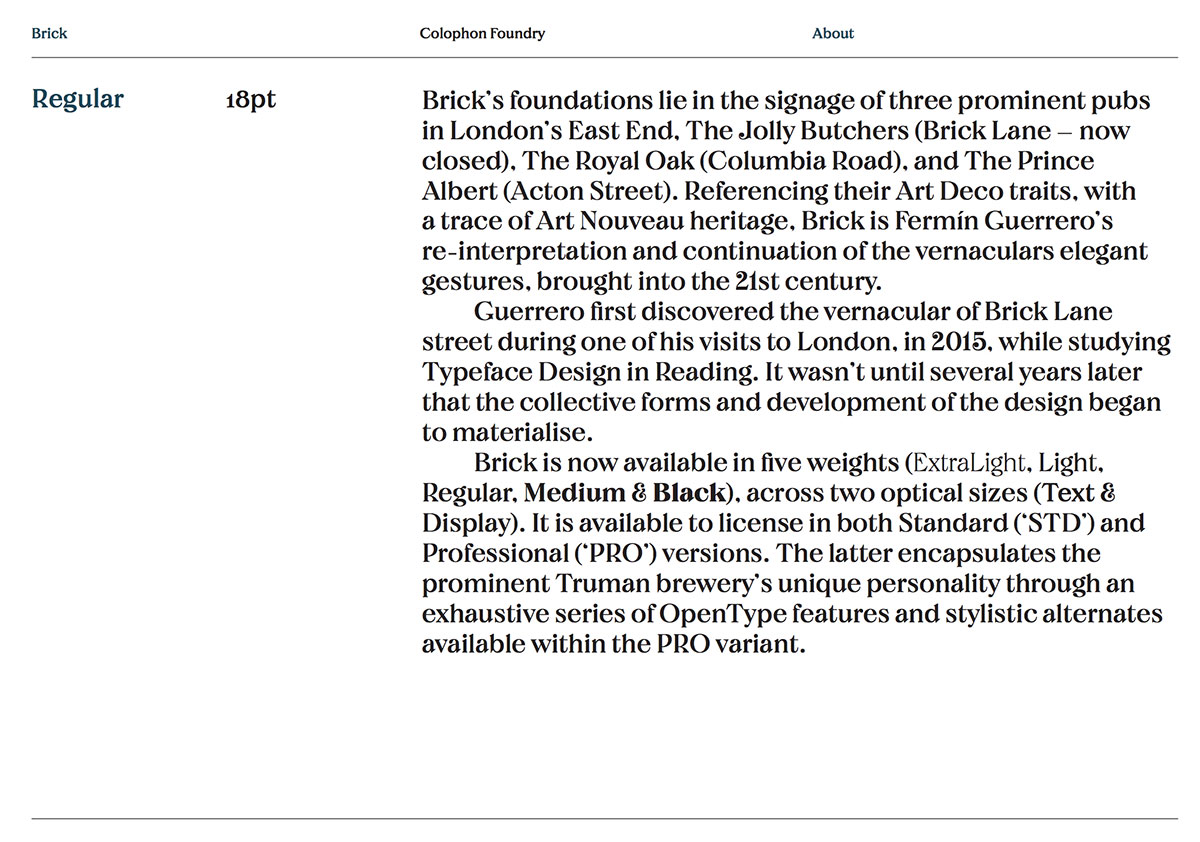