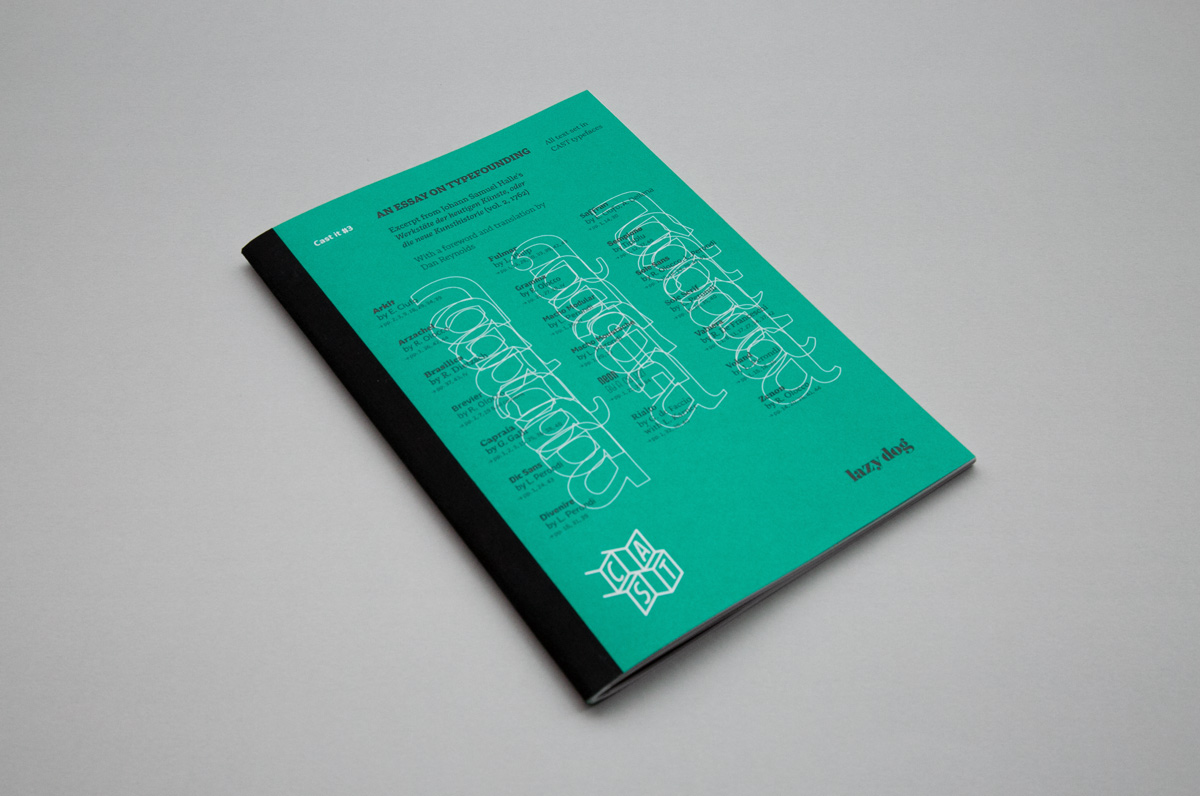 History and culture of type by CAST Foundry

Cast it #3 is a publication discussing the history and culture of type and it is a specimen showing the CAST typefaces in use too. In the first issue they chose the entry Fonditore di caratteri da stampa (“Type founder”) from the Dizionario delle Arti e dei Mestieri (Venice, 1769). In the second issue, their “test” text was the first two chapters of The printer’s grammar, a manual for compositors written and published in London in 1755.

Cast it #3 features one of the earliest descriptions of type founding in German: Der Schriftgiesser (the type founder), an entry originally included in Werkstätte der heutigen Künste oder die neue Kunsthistorie—a virtually encyclopedic series concerning trades originally written by Johann Samuel Halle and published in Leipzig between 1761–1779. Thanks to Dan Reynolds, they now have Halle’s text for the first time in English. This comes with the only commentary on its contents ever published in any language.

Der Schriftgiesser was published in 1762, as a chapter in the second volume (the entire volume has been scanned by Google.) This text on type founding was republished in 1922. Dan Reynolds photographed the pages of that edition, and you can see/download them here.

CAST—Cooperativa Anonima Servizi Tipografici designs, produces and sells typefaces for publishing and branding. They also offer technical advice on type design and on-demand creation of custom fonts. Besides type designers and programmers, their team includes professionals with a variety of skills. They work closely with Italian and international publishers, printing historians, typographers and calligraphers. This has enabled them to set up a network of “contributors” and, starting from January 2017, to launch a series of articles on the science, history and culture of printing. These can be found in the Articles section of their website. 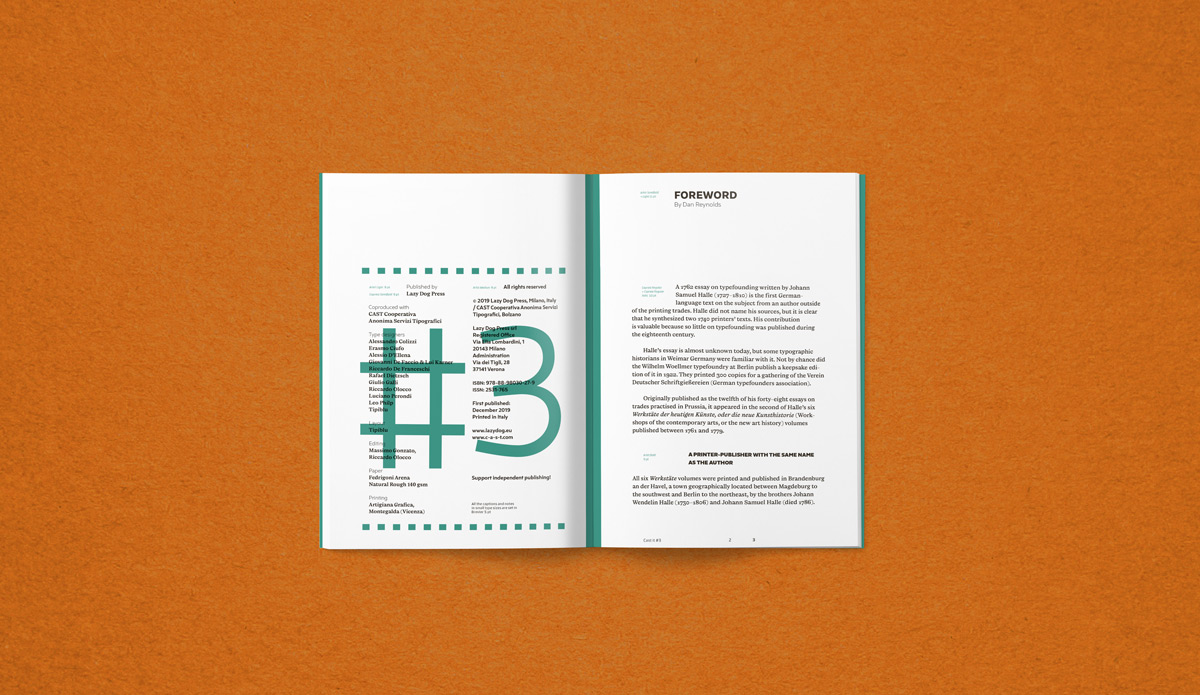 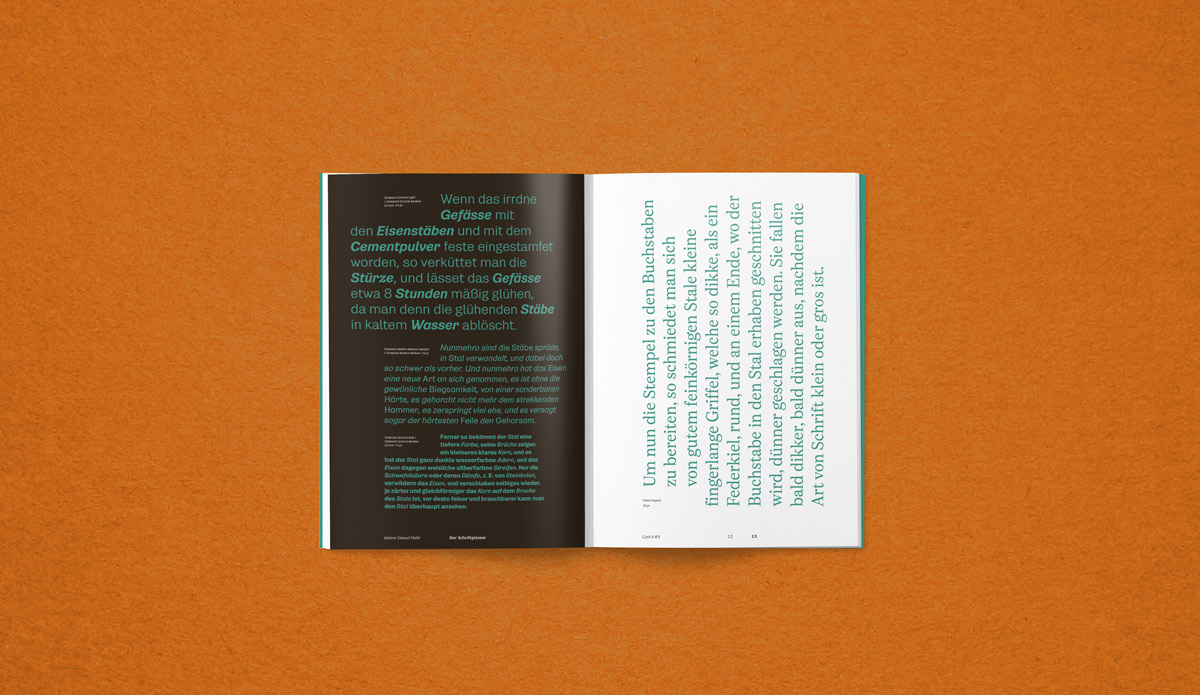 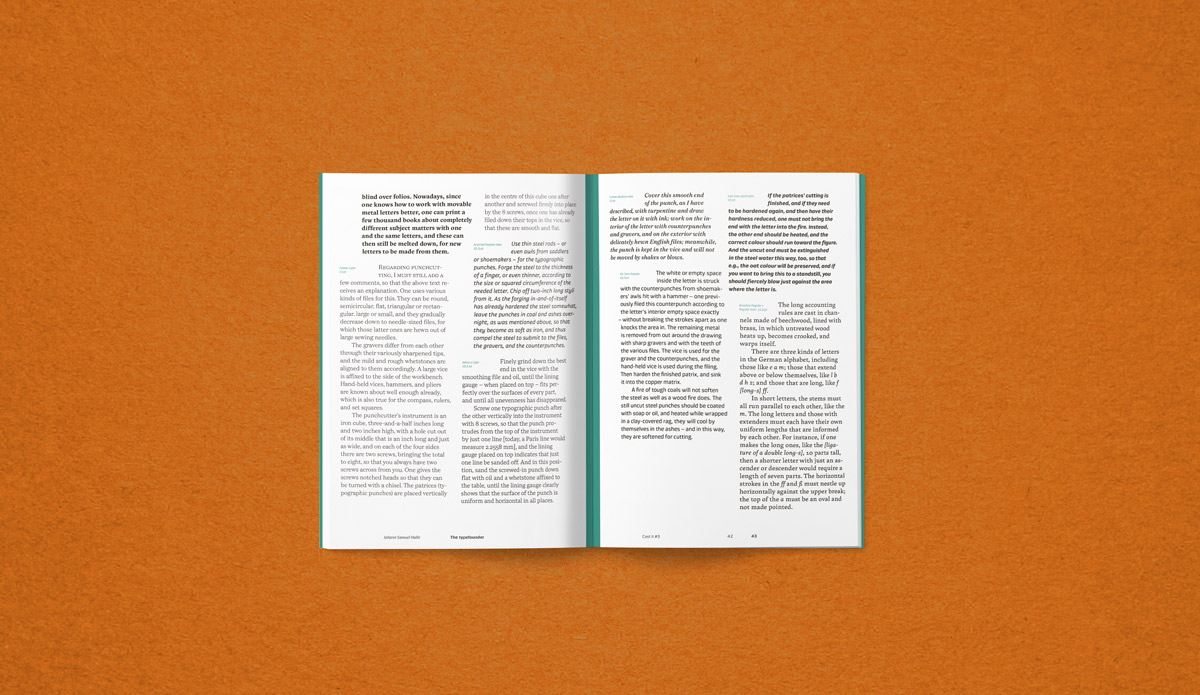 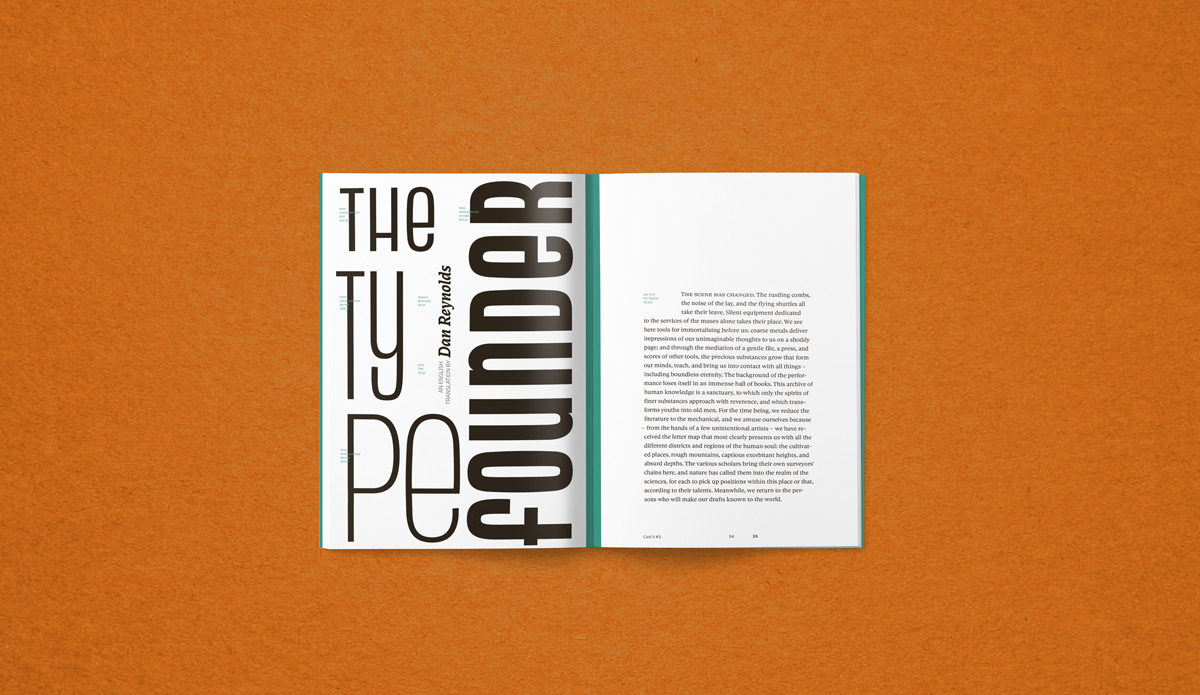