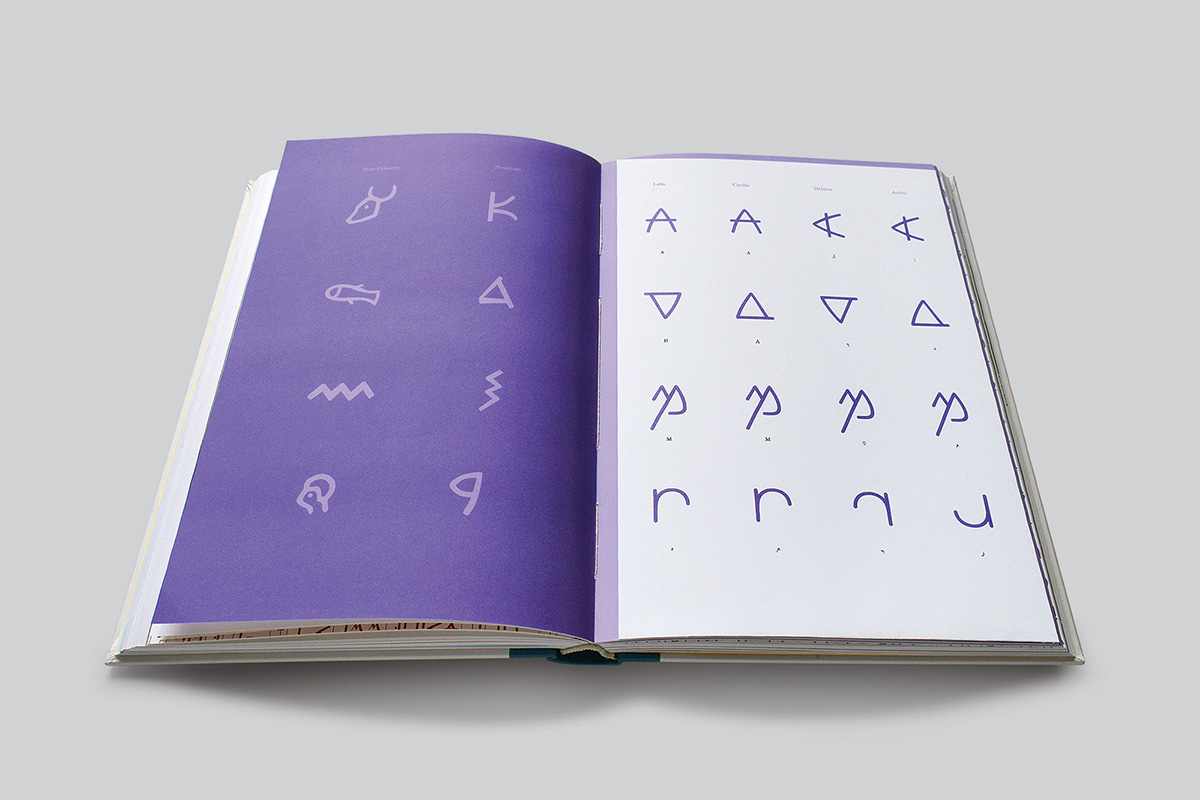 “Global Alphabet” by Yuliana Gorkorov chosen as “Best in show, student” at TDC64

Globalization and digitization imply new cultural and linguistic rapprochement. Multicultural communication plays an ever growing role in our everyday life. Many words became international and can be understood by all of us. But even words like “pizza”, “chocolate” or “coffee” are unrecognizable, when written in a foreign alphabet.

The Latin, Cyrillic, Hebrew, and Arabic alphabets look completely unrelated at first sight, while hiding the fact, that they actually share a mutual historical origin.
This fact motivated the designer Yuliana Gorkorov to unite the alphabet again in new fonts, that would be readable simultaneously to people from different cultures.

The 29-year-old was born in Ukraine, grew up in Israel, and lives since nine years in Germany. That is how she became familiar with the Cyrillic, Hebrew, Latin, and Arabic alphabets.

Already during her Bachelor studies at the Folkwang University of the Arts she began examining the Alphabets, looking for similarities.

Her Master graduation project, the “Global Alphabet” book, presents the results of her five years work: five font, each fonts unite the alphabets in a different way.
In BABEL2014 e.g. similar sound are united in one mutual form. If we take the BABEL2014 sign for A as an example, we can see that the form stays the same for all of the alphabets, it just has to be rotated 90° for Hebrew and Arabic.
In Akrofont on the other hand, Yuliana freed herself from the forms of the letters and united similar sound through pictograms of international words. In this case the sound A is represented through a pictogram of an Avocado.

In the past few years the project was awarded and exhibited multiple times, and lately it was honored to be chosen as “Best in show, student” and as “Judges Choice” of Natasha Jen at TDC64.

Now Yuliana hopes that the fonts will make their way from the academy to the everyday life, and will serve as a cultural bridge. 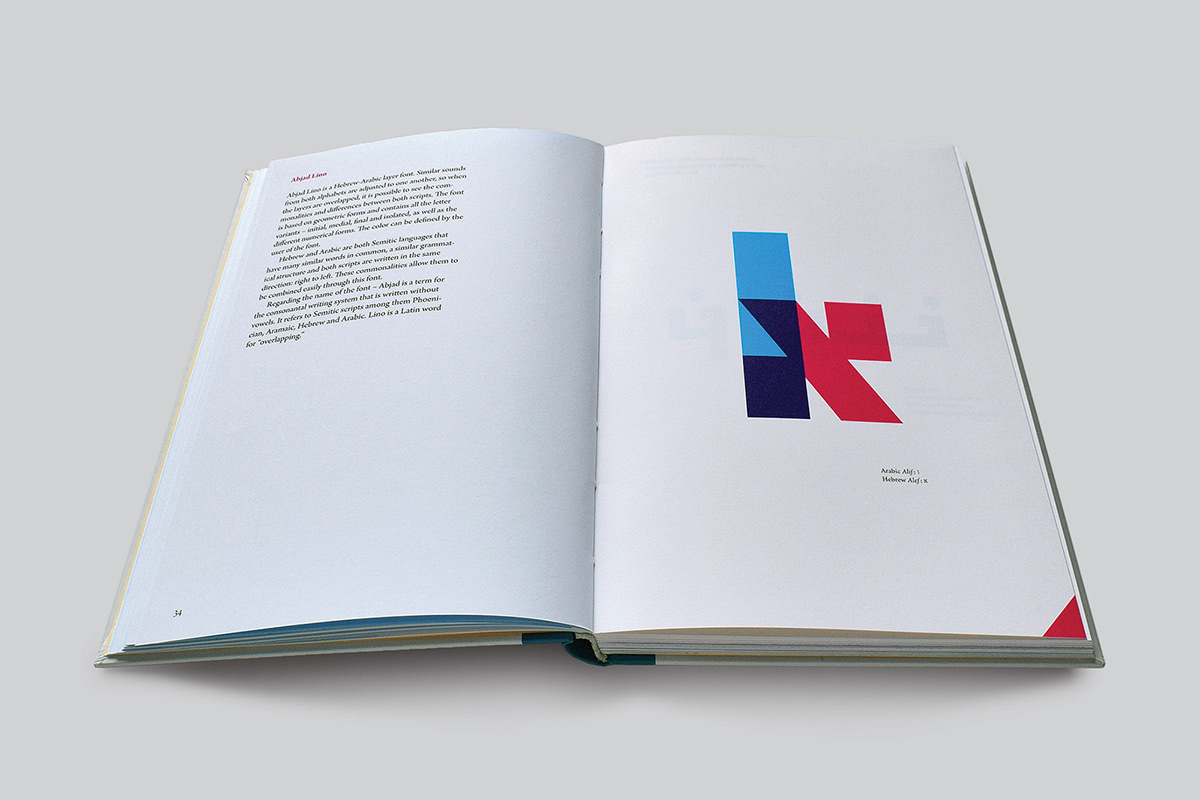 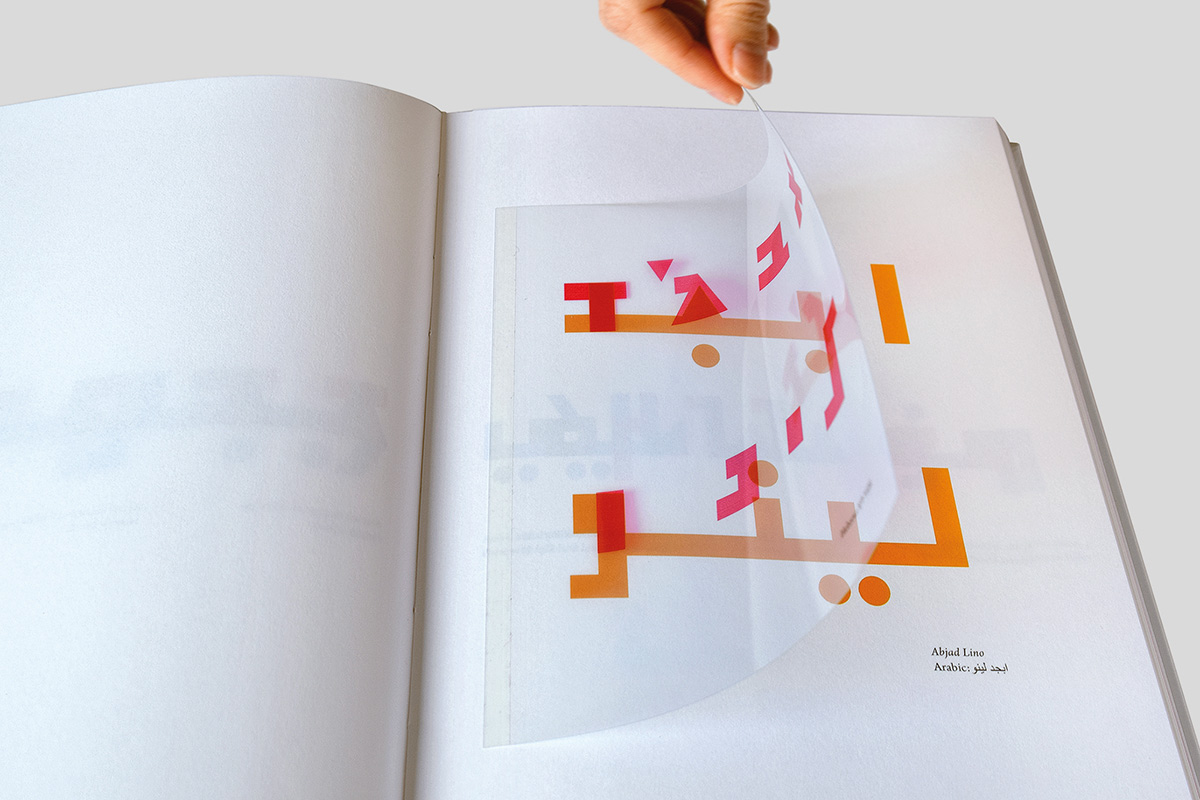 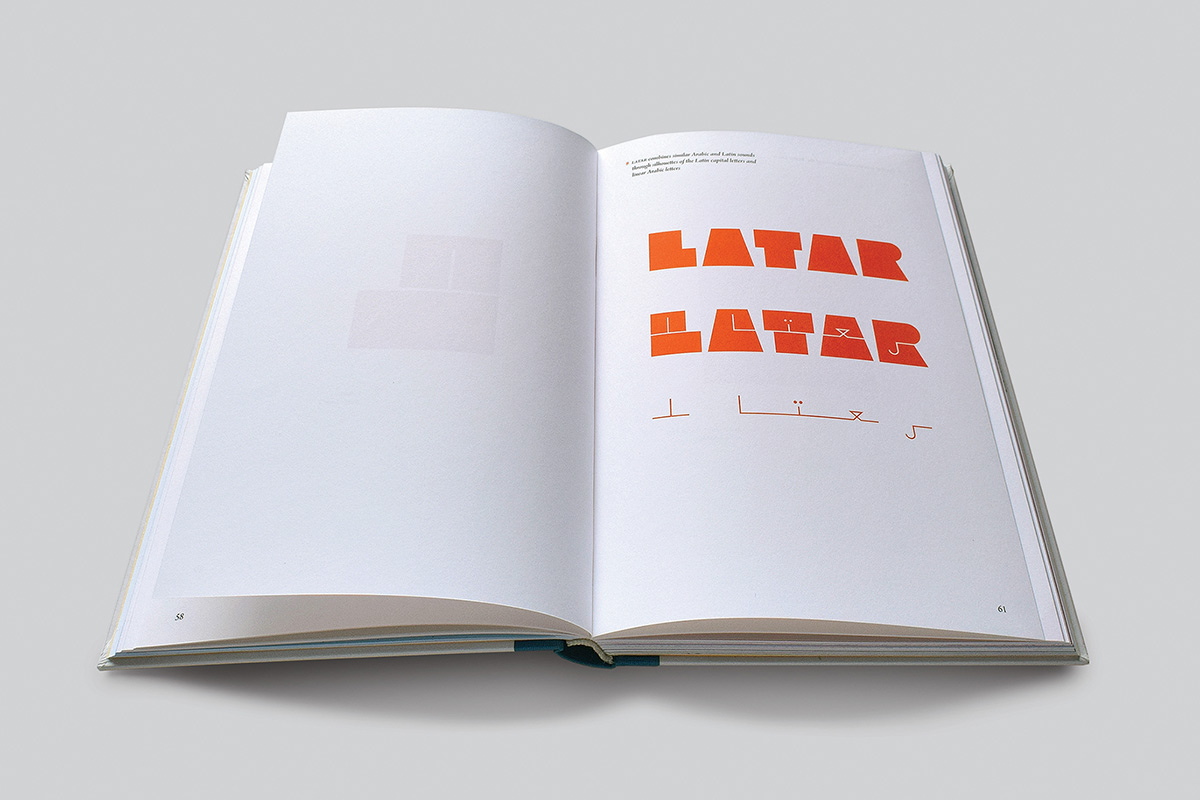 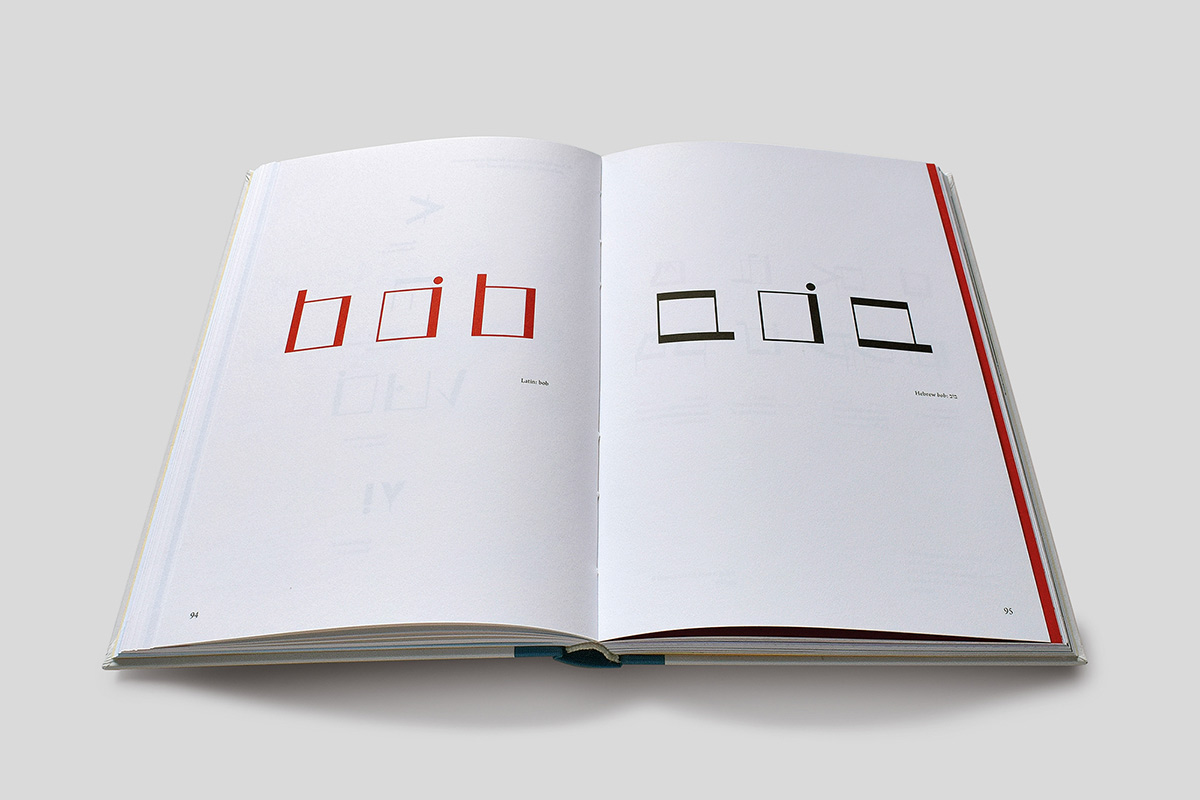 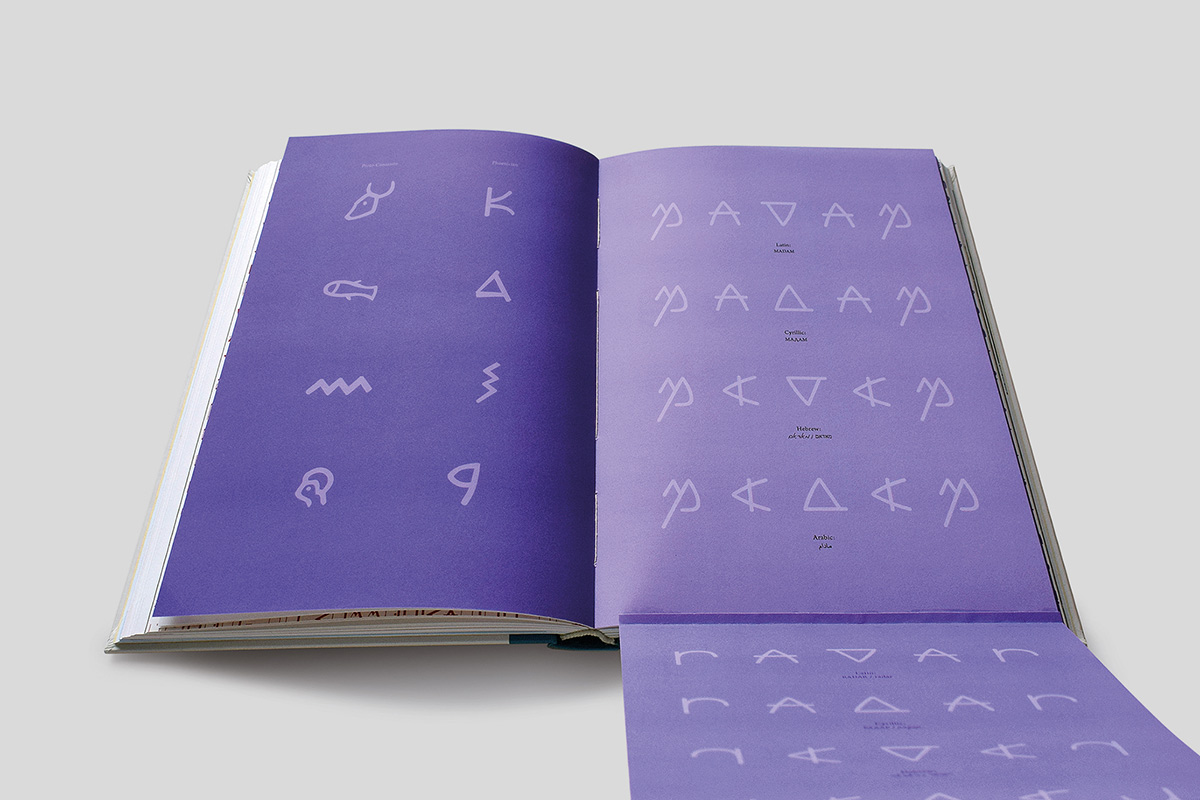 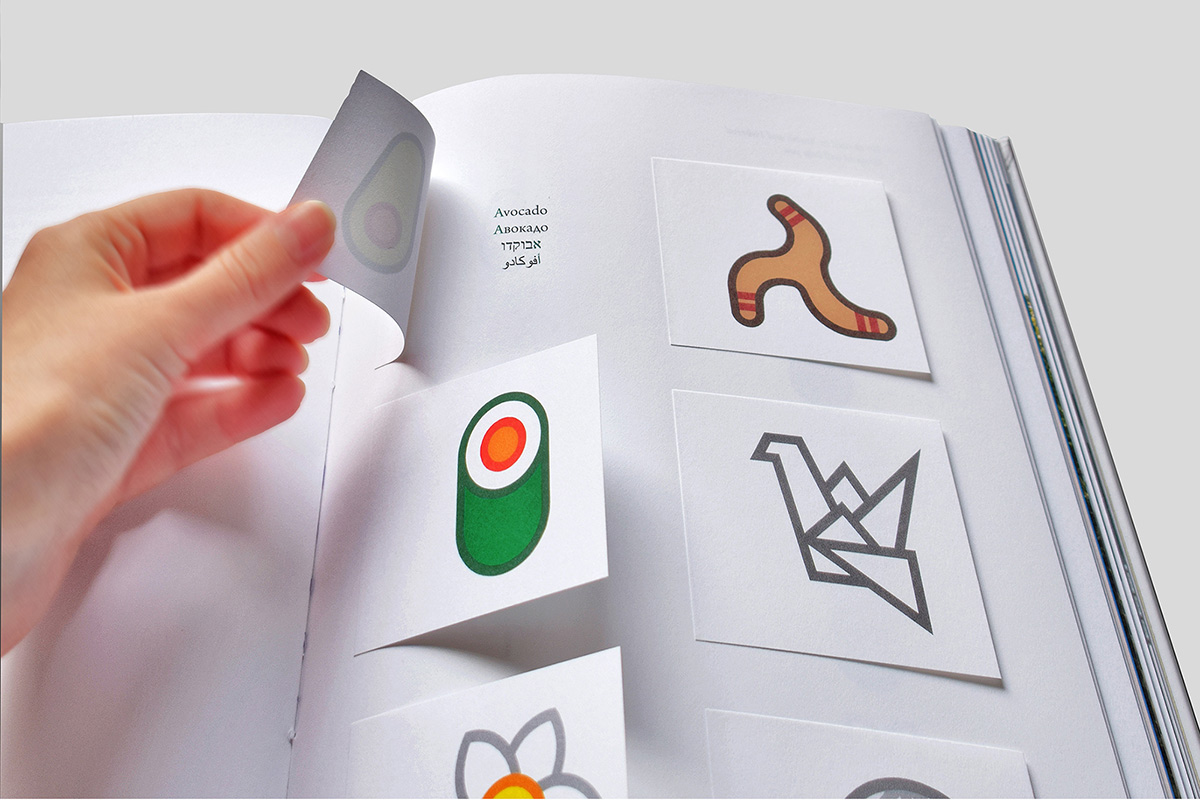 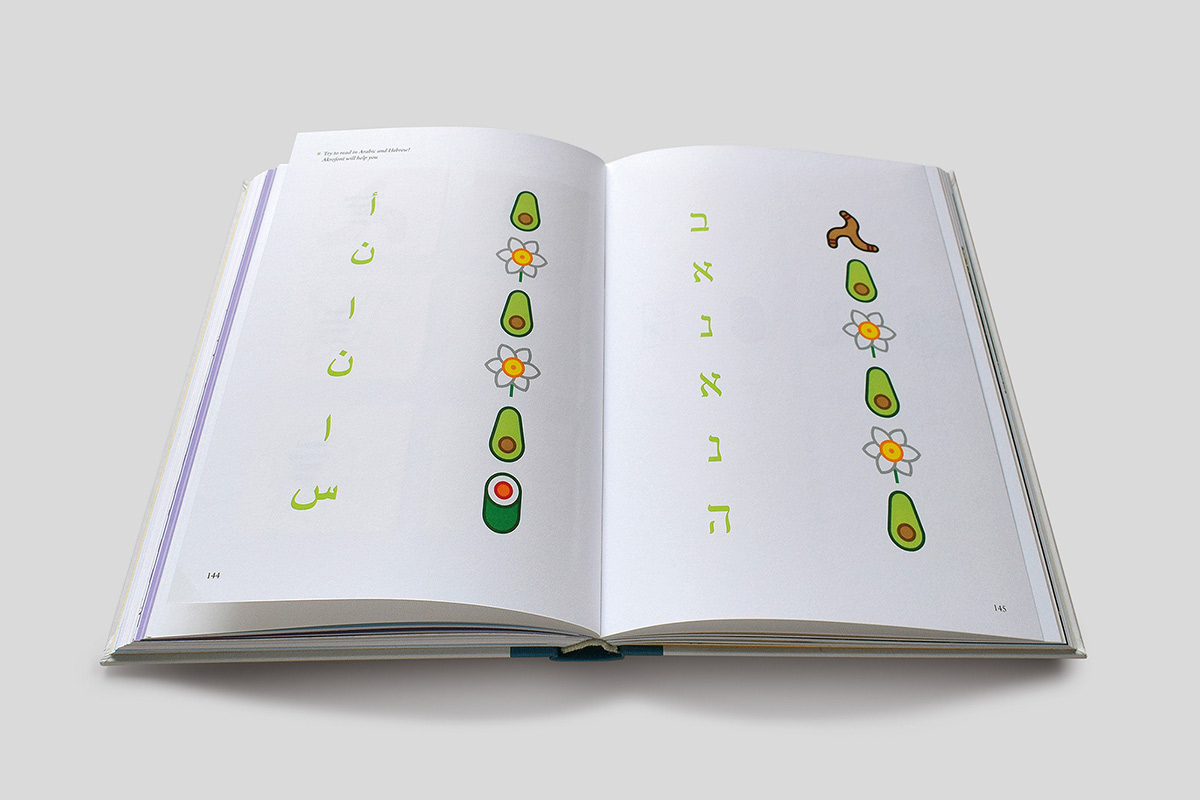 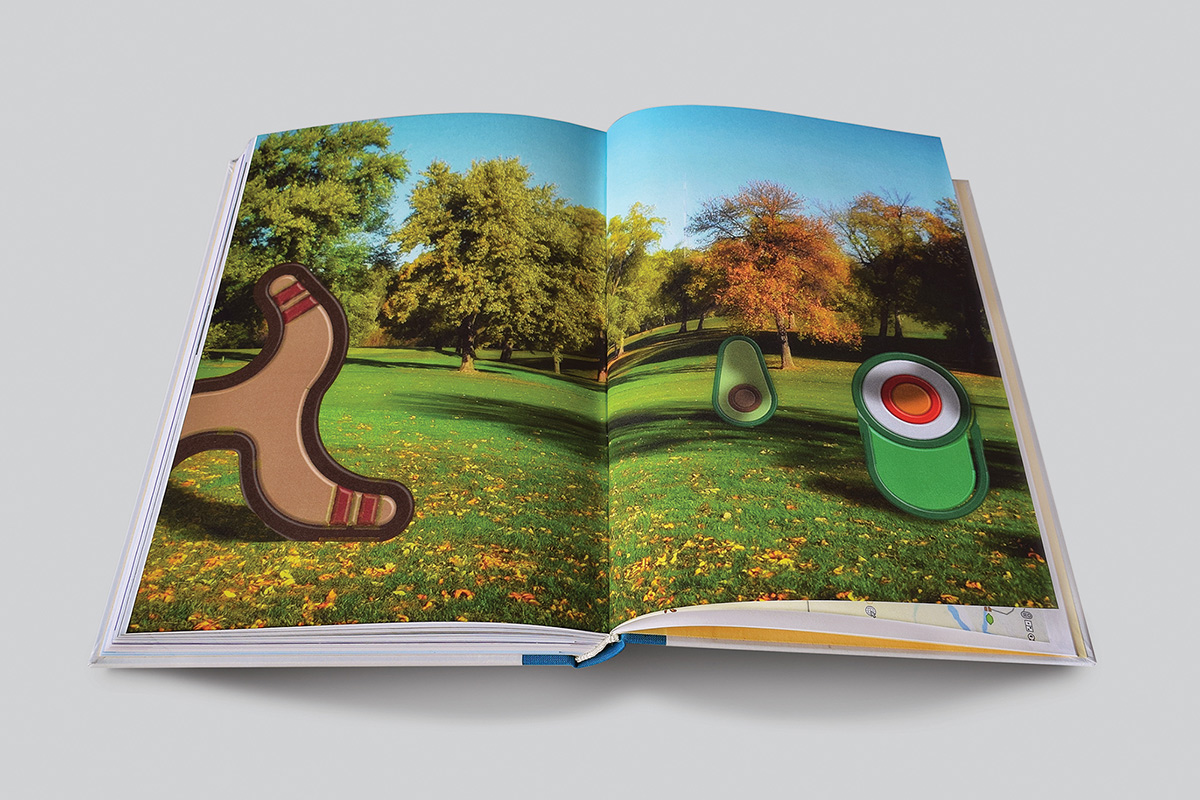