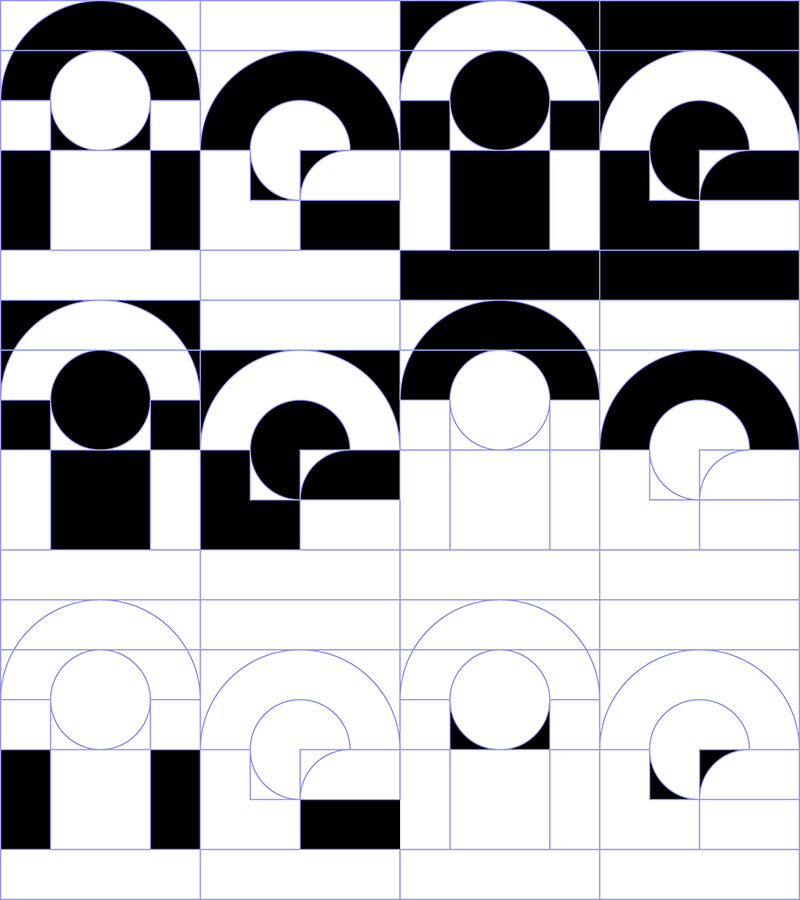 The Diode project began as one of a series of visual experiments examining the interdependence of positive and negative spaces in typographic forms, a feature that Lucas had first begun to investigate in her Bisect type system, published by MuirMcNeil in 2018. These explorations are a part of a larger body of work: the design of a coordinated visual system to promote a series of dramas by Harold Pinter known as his memory plays. Natasha’s Bisect and Diode alphabets are intended, she says, “to express the progressive fragmentation of language as it is eroded by the selective, faulty nature of memory.”

Using only three different geometric modules to build the Diode alphabet, Lucas explored the ways in which form and counterform could operate reciprocally, each defining the boundaries of the other, in the construction of letters and words that are playfully ambiguous while always remaining true to their alphabetic origins. The result is a type system that is structurally incomplete but that maintains its visual integrity and legibility by optimizing the use of space.

MuirMcNeil has developed Diode in three matching versions, one positive and two negative, and in three sets of individual letter component fonts designed to register precisely with one another in layers, offering a huge range of visual possibilities. 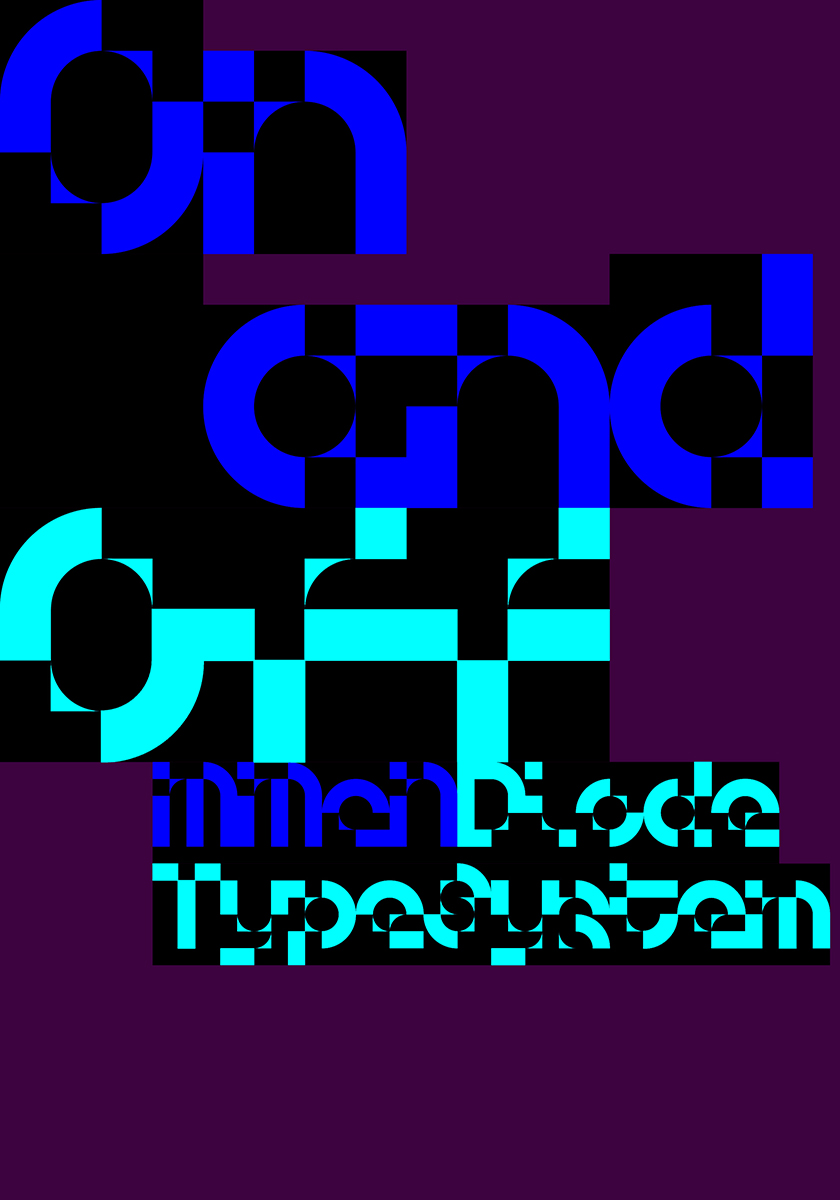 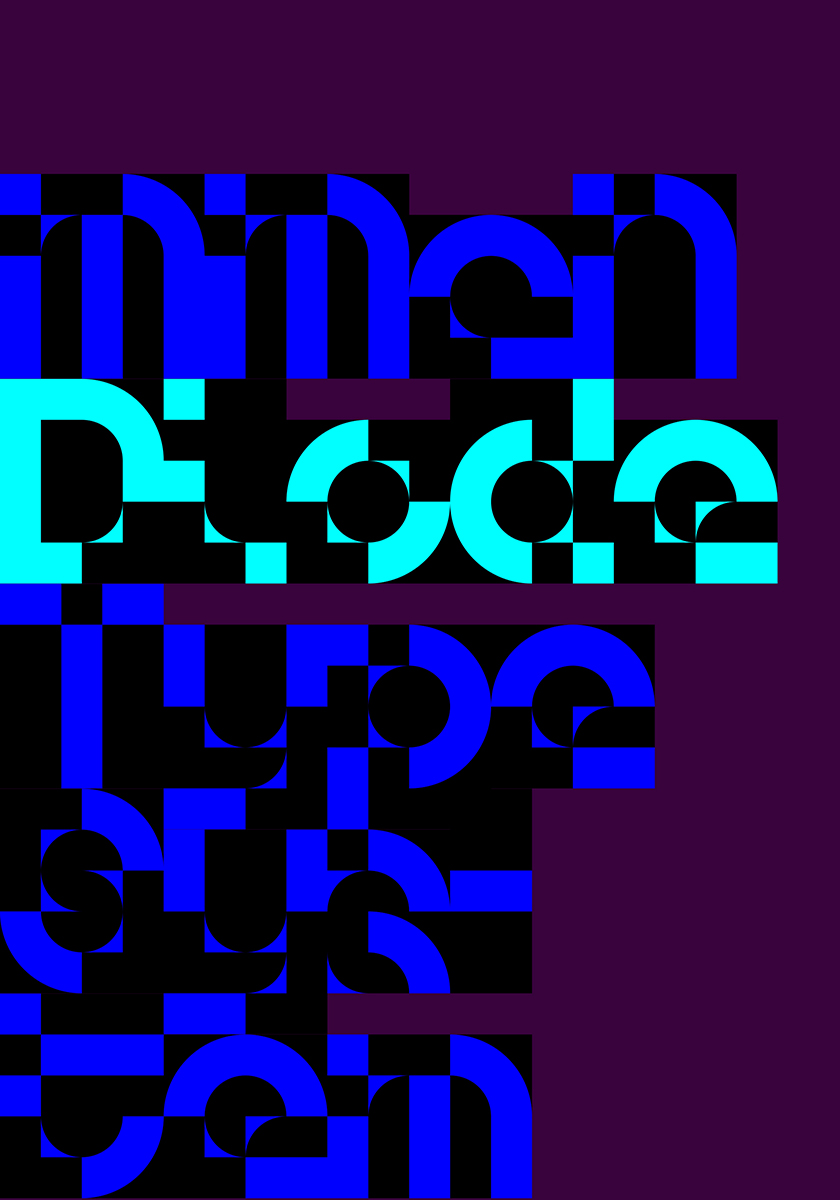 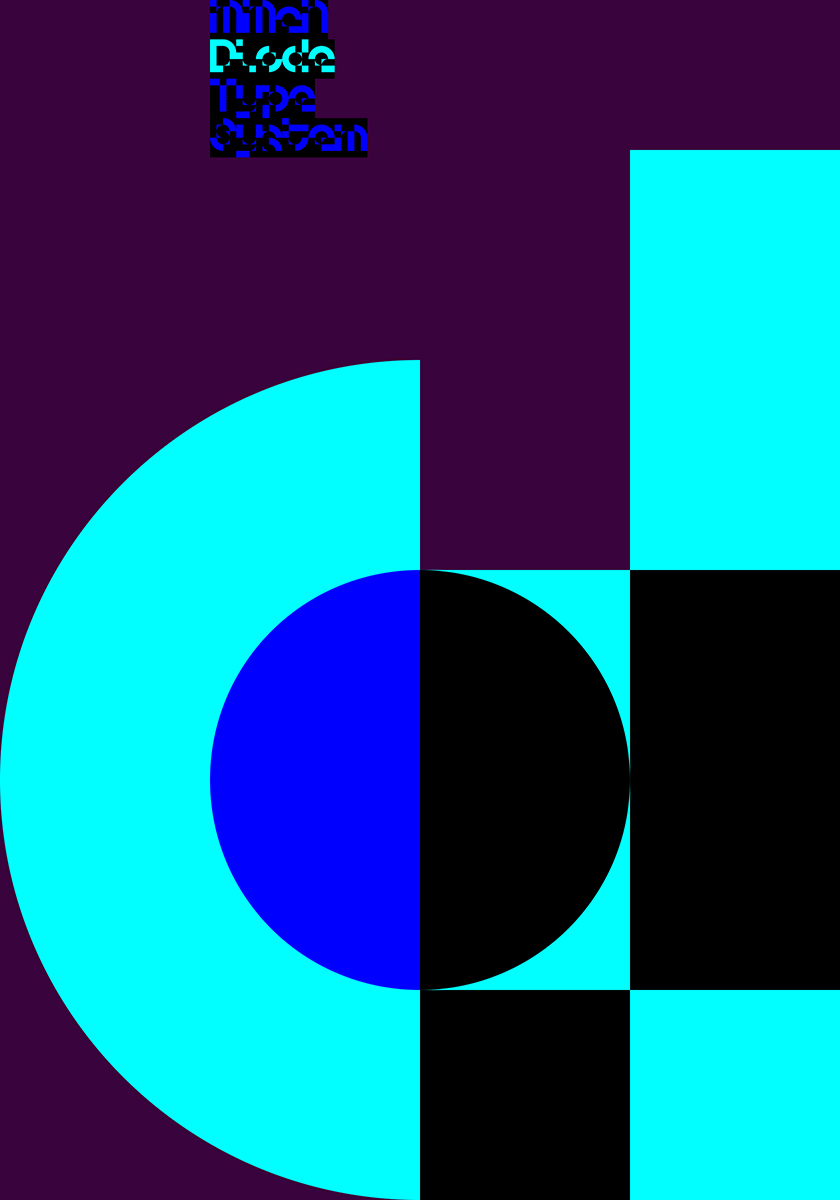