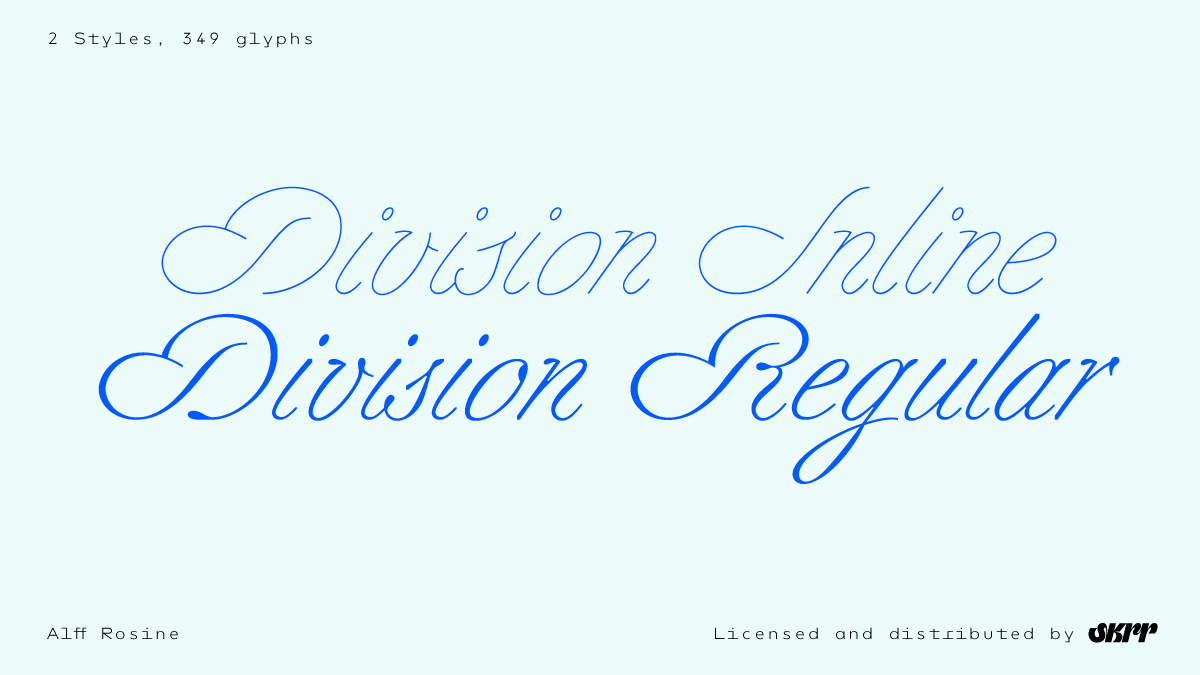 Division is a script typeface that has its roots in the Berthold Script designed by Günter Gerhard Lange. The design of Division goes against the grain of script typefaces that are very influenced by handwriting where the glyphs are joined and the stroke is continuous. The typeface pushes the thinking around the ligatures to bypass possible unwanted expressions of legibility caused by the joined rhythm in order to achieve optical optimization. The ligatures for the most part non-standardized allow to join the letters in very precise cases. The uppercase letters have been worked with an expressive voluptuousness, serifs in a “chip” spirit and reveals the approach of a contemporary calligraphic posture. The Inline style offers a simplified, more primary layout, revealing a more volatile apparent structure where the loops fade and thus complements the more contrasting Regular style. The typeface is recommended for use in medium and large size and in All Caps/Initial Caps to bring out the maximum expressiveness, visual impact, and sensuality. 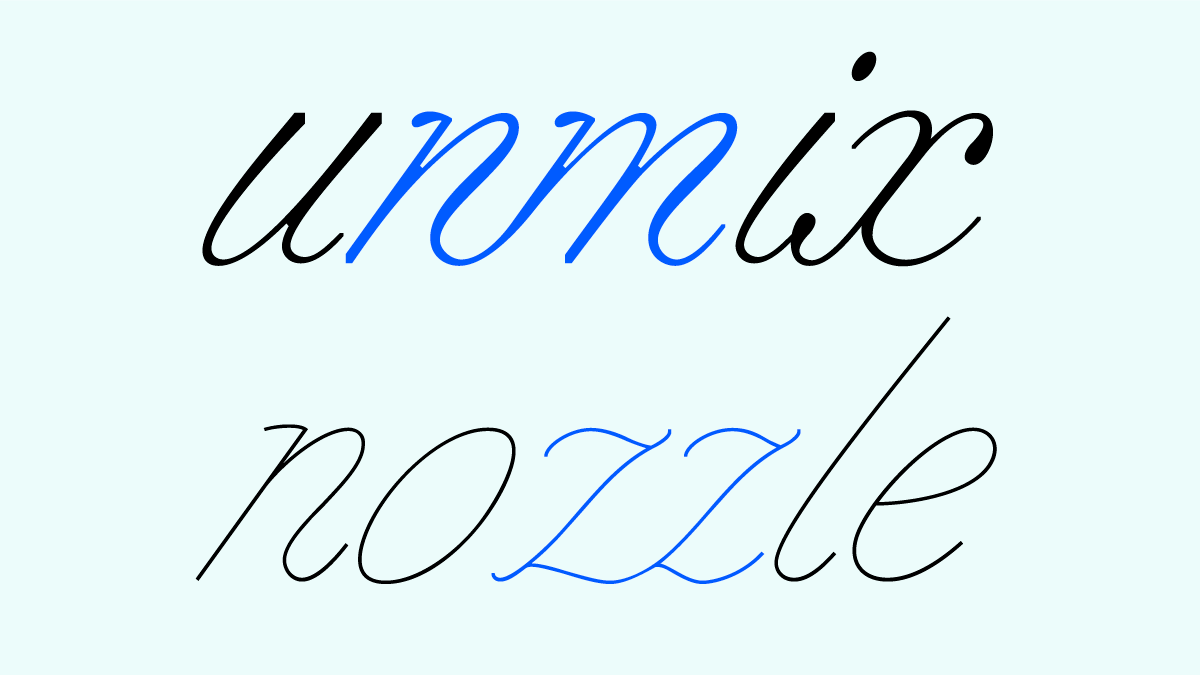 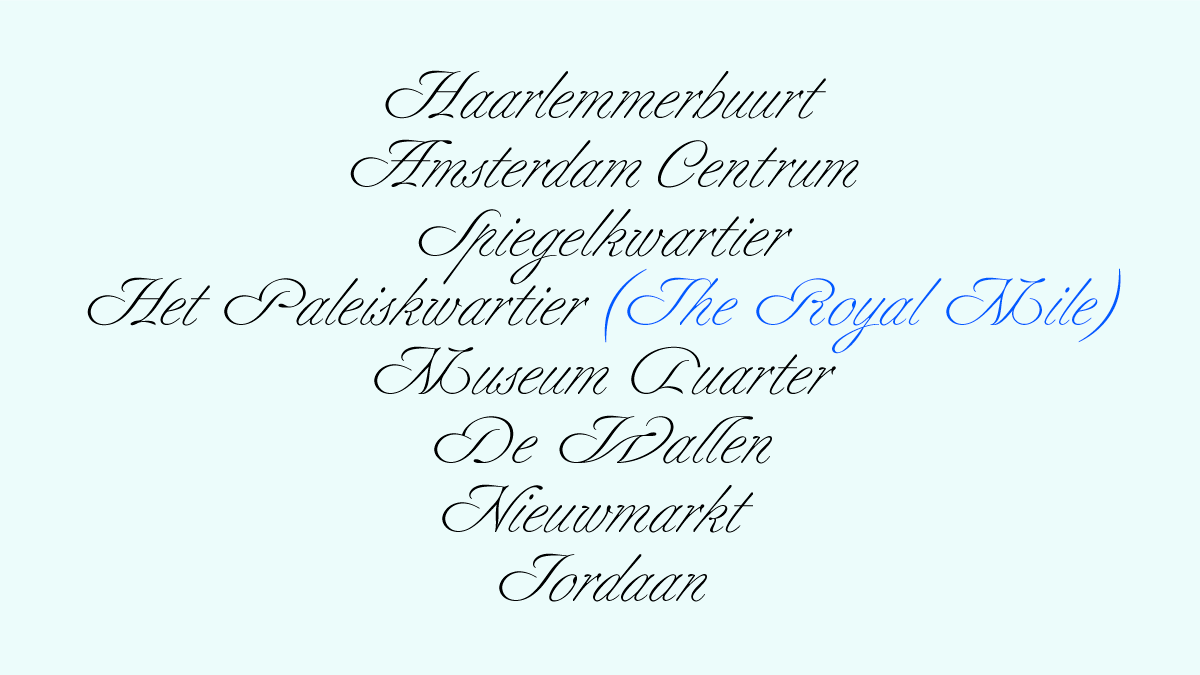 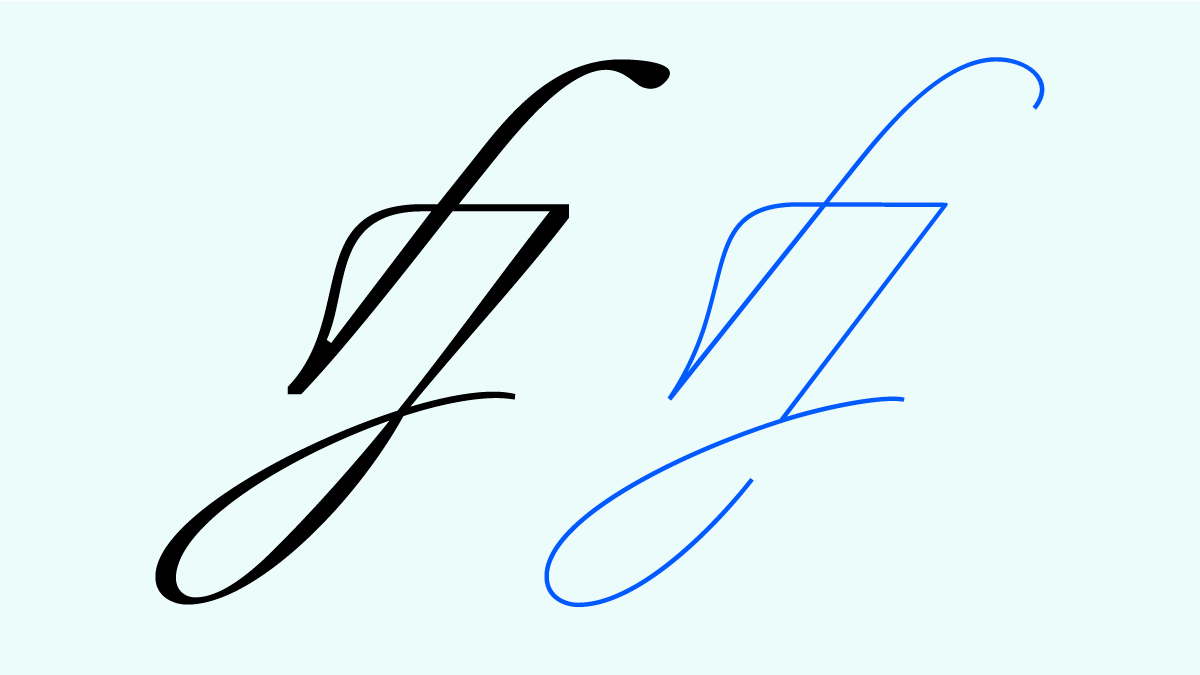 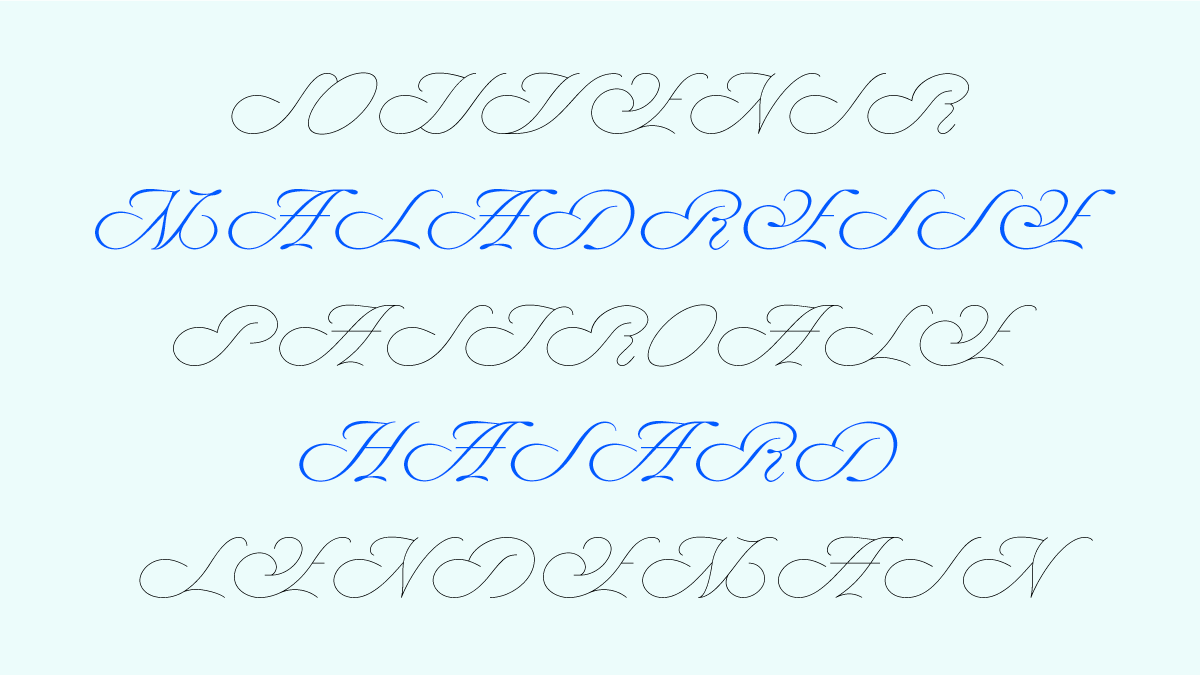 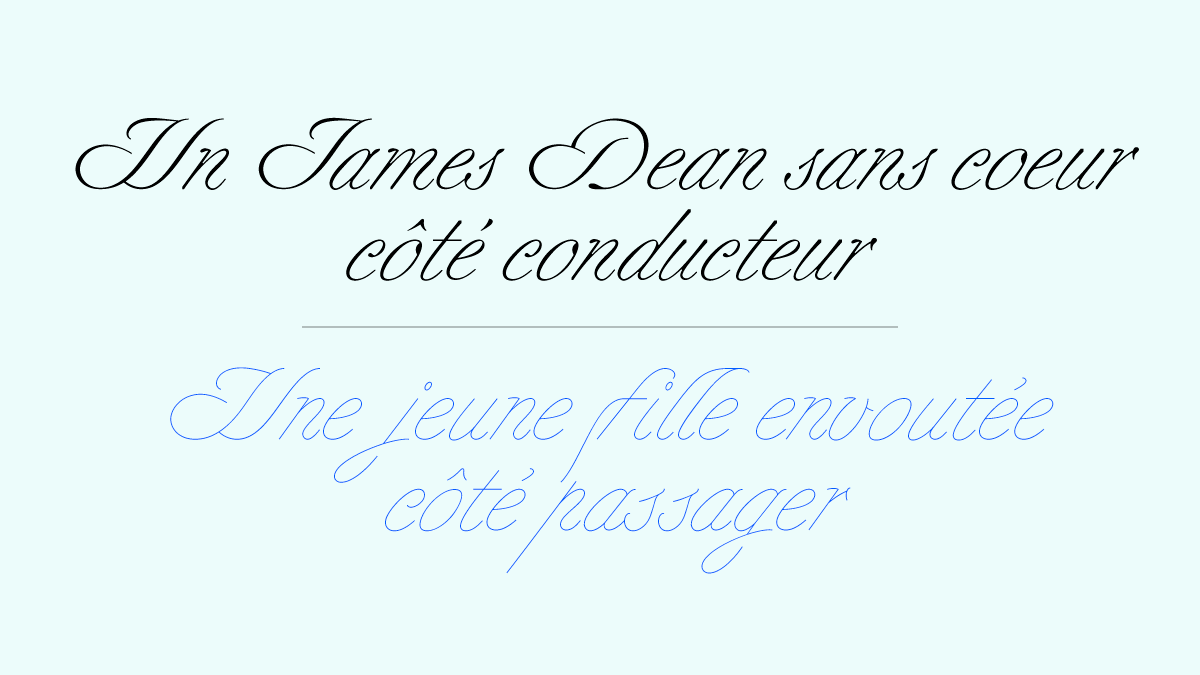 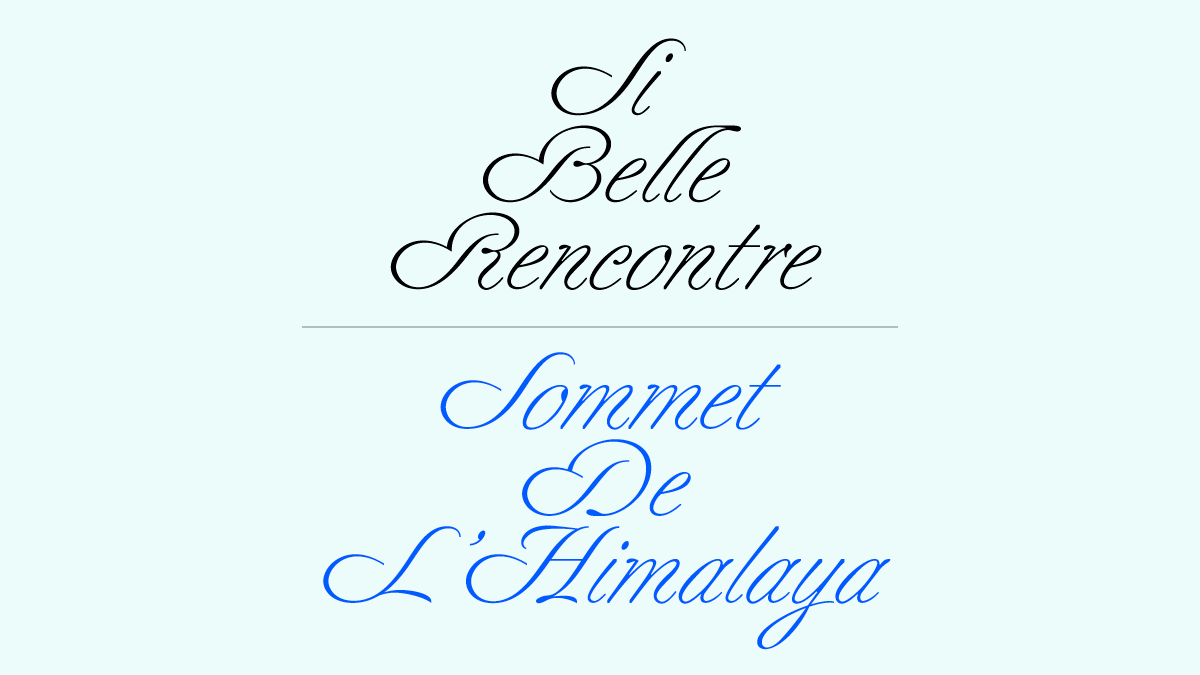 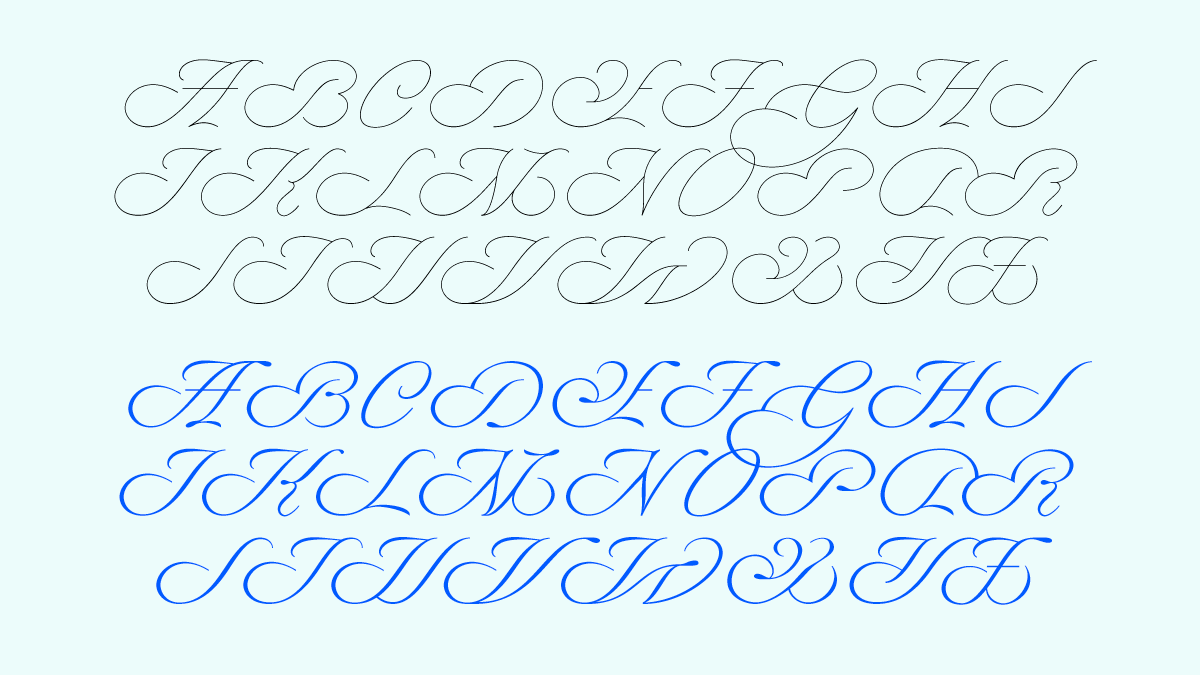 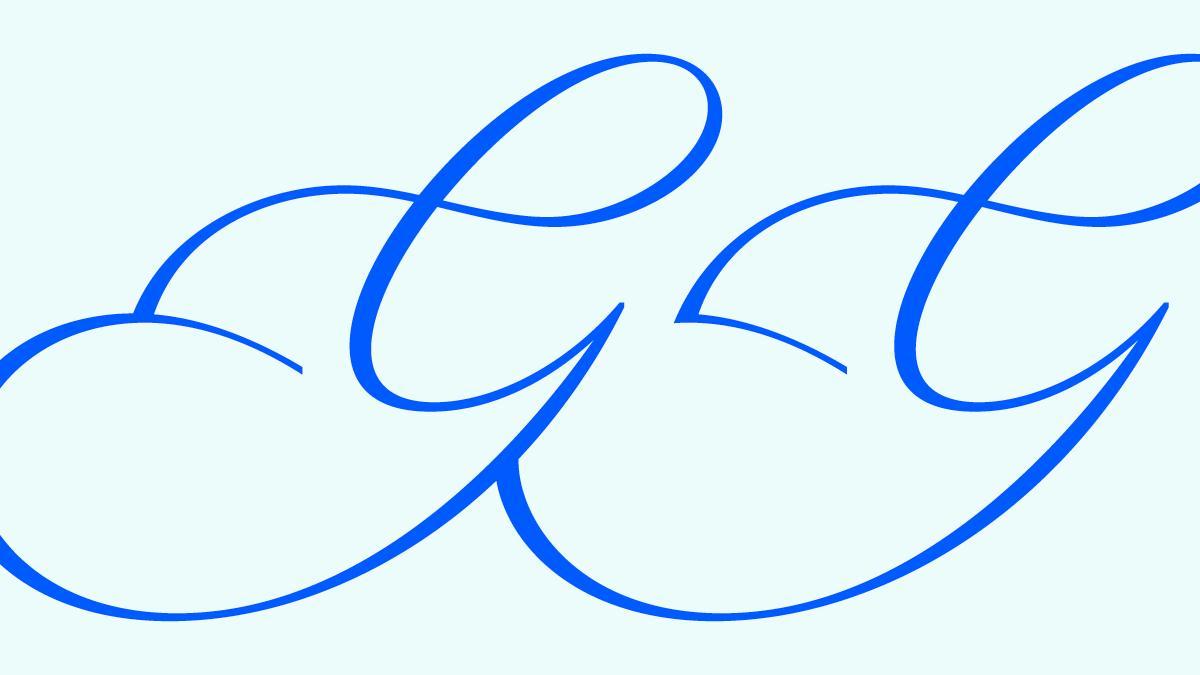