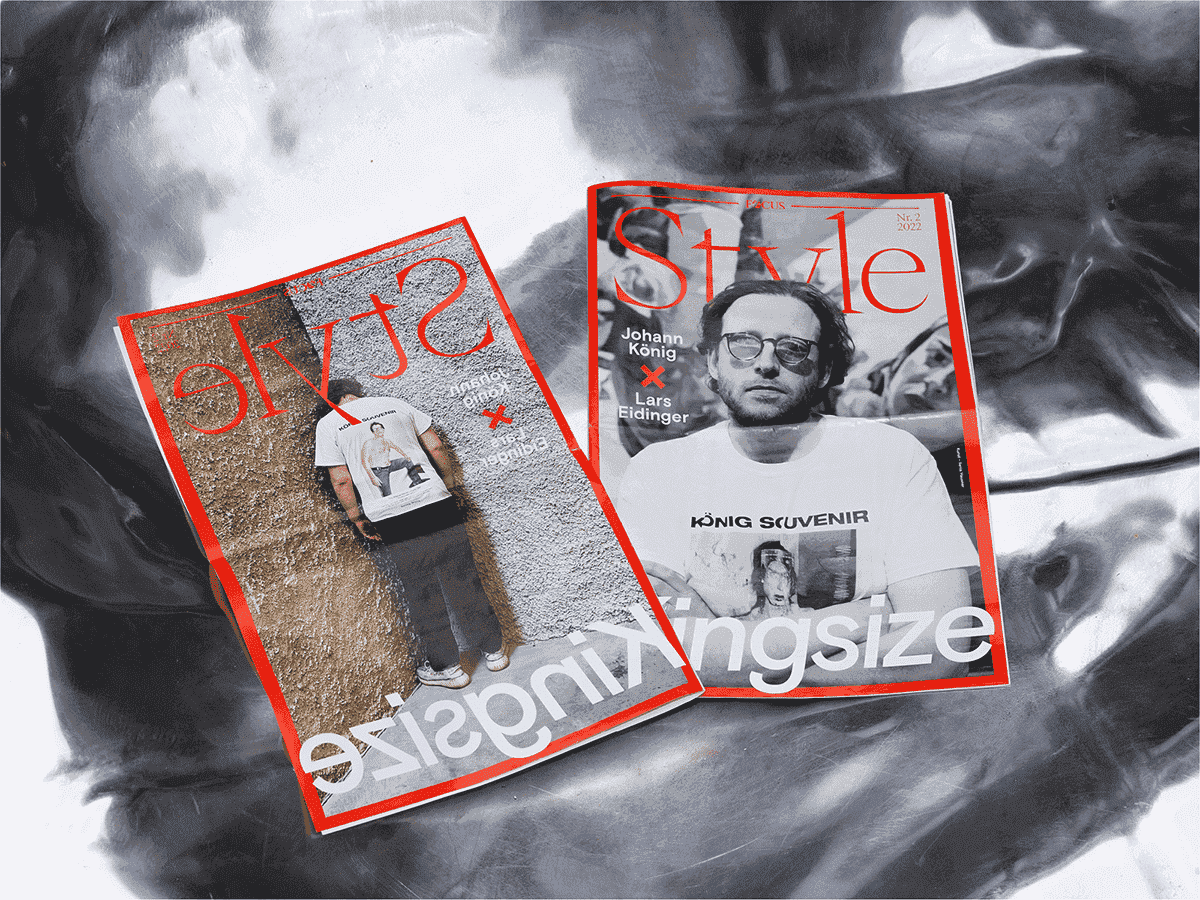 Johann König is the pop star of German art galleries, especially with his König Galerie in Berlin-Kreuzberg. Lars Eidinger is one of the most talented German theater and movie actors. Among other big roles in theater at the Berlin Schaubühne, he played Prince Hamlet in Shakespeare’s Tragedy.

For this FC Style magazine, Lars Eidinger portrayed Johann König in his gallery and is shown as Prince Hamlet, photographed by Juergen Teller on the picture on König’s T-Shirt.

Also, the magazine is accompanied by frogs: They unfortunately are almost as endangered as bees. That is why you can find a few of the most beautiful specimens take place on these pages. 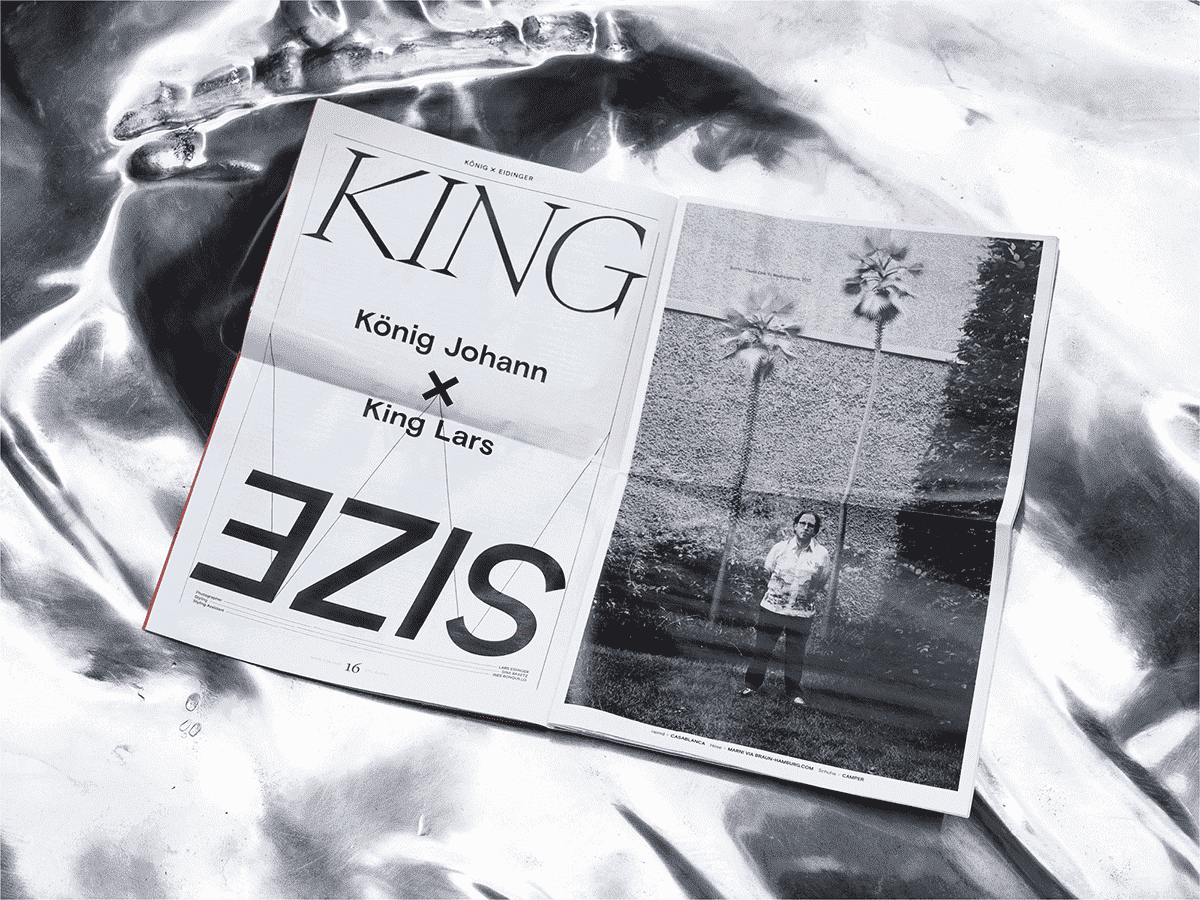 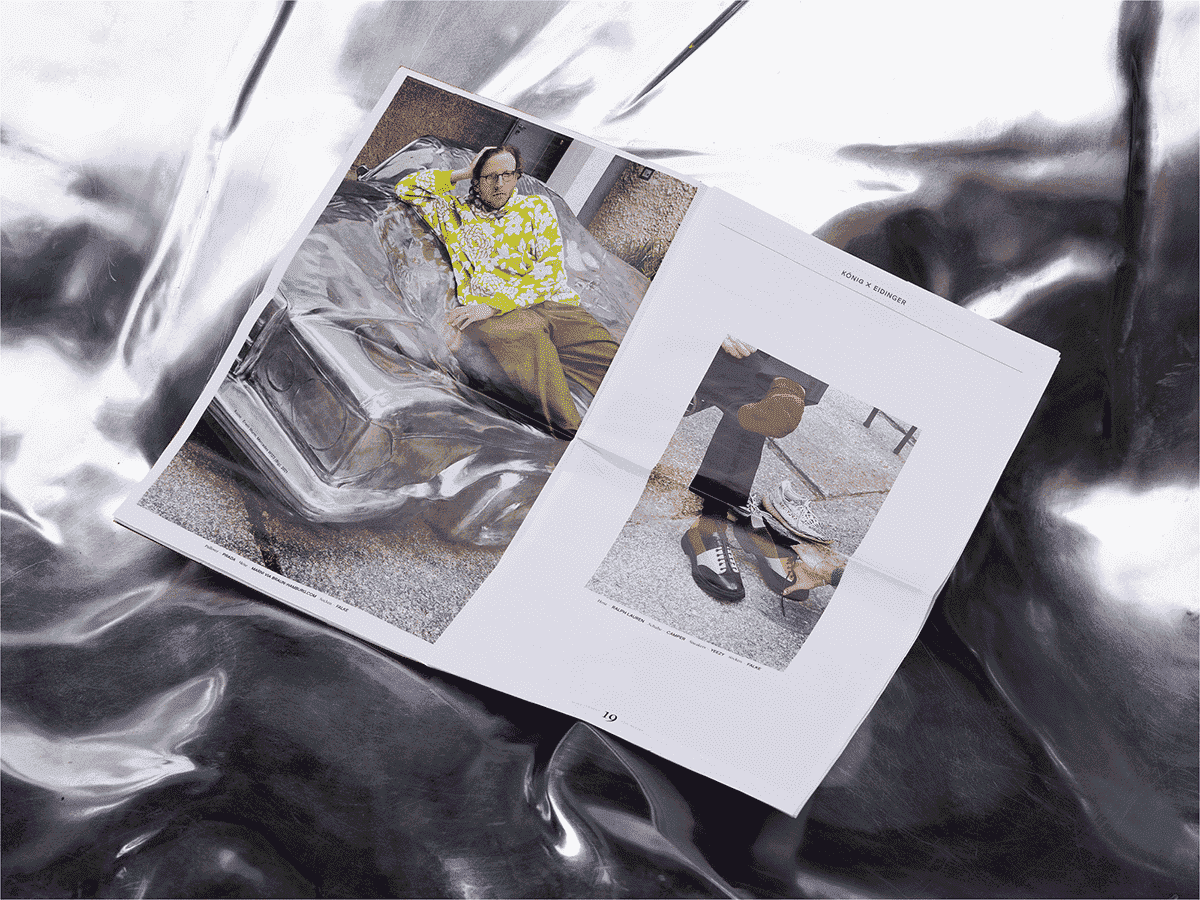 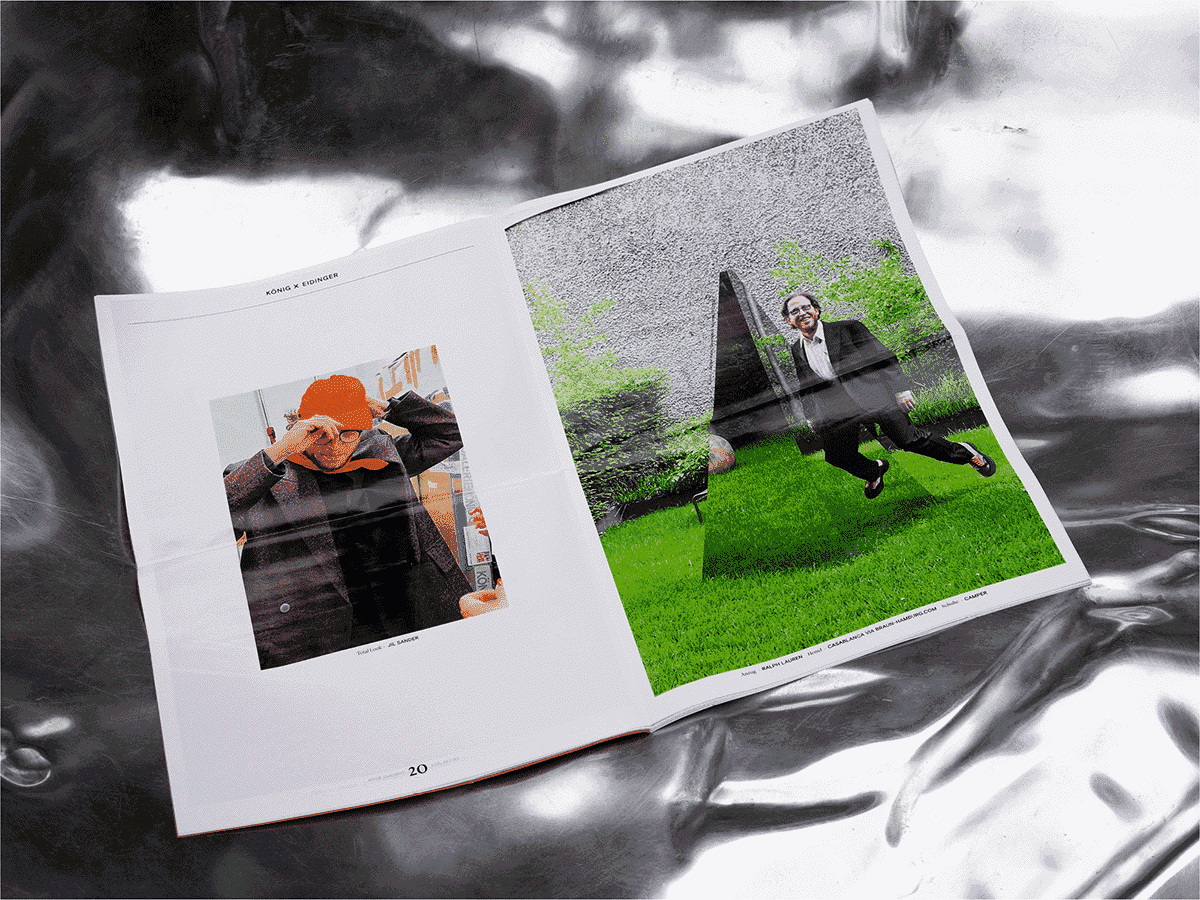 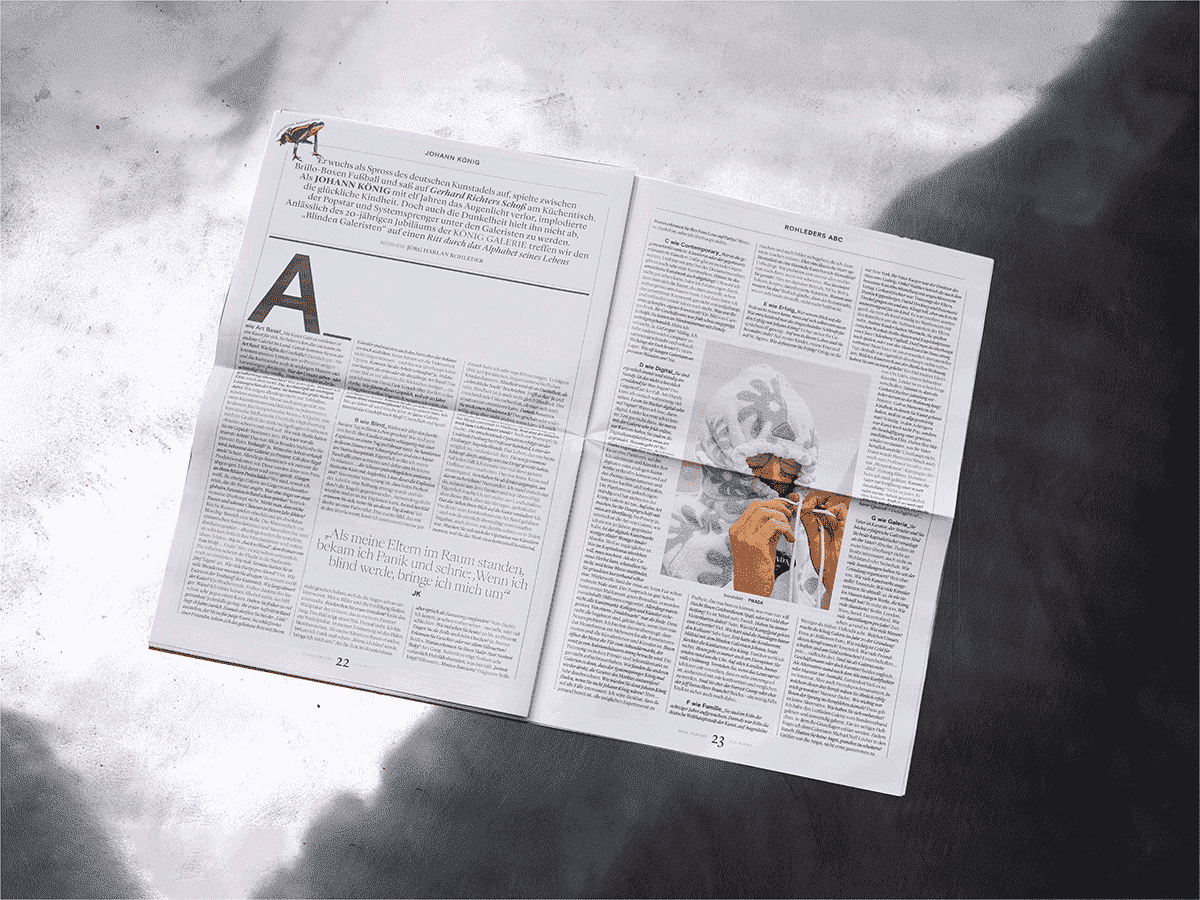 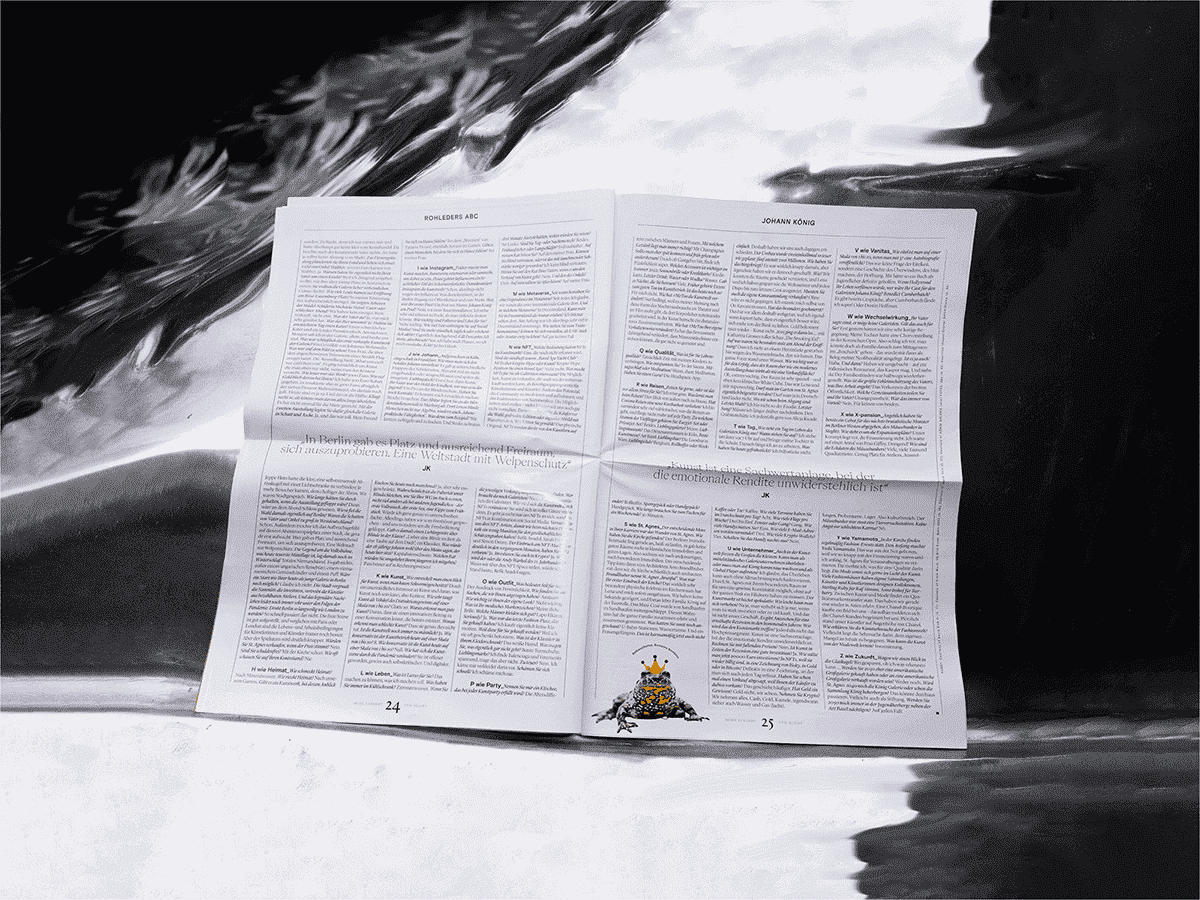 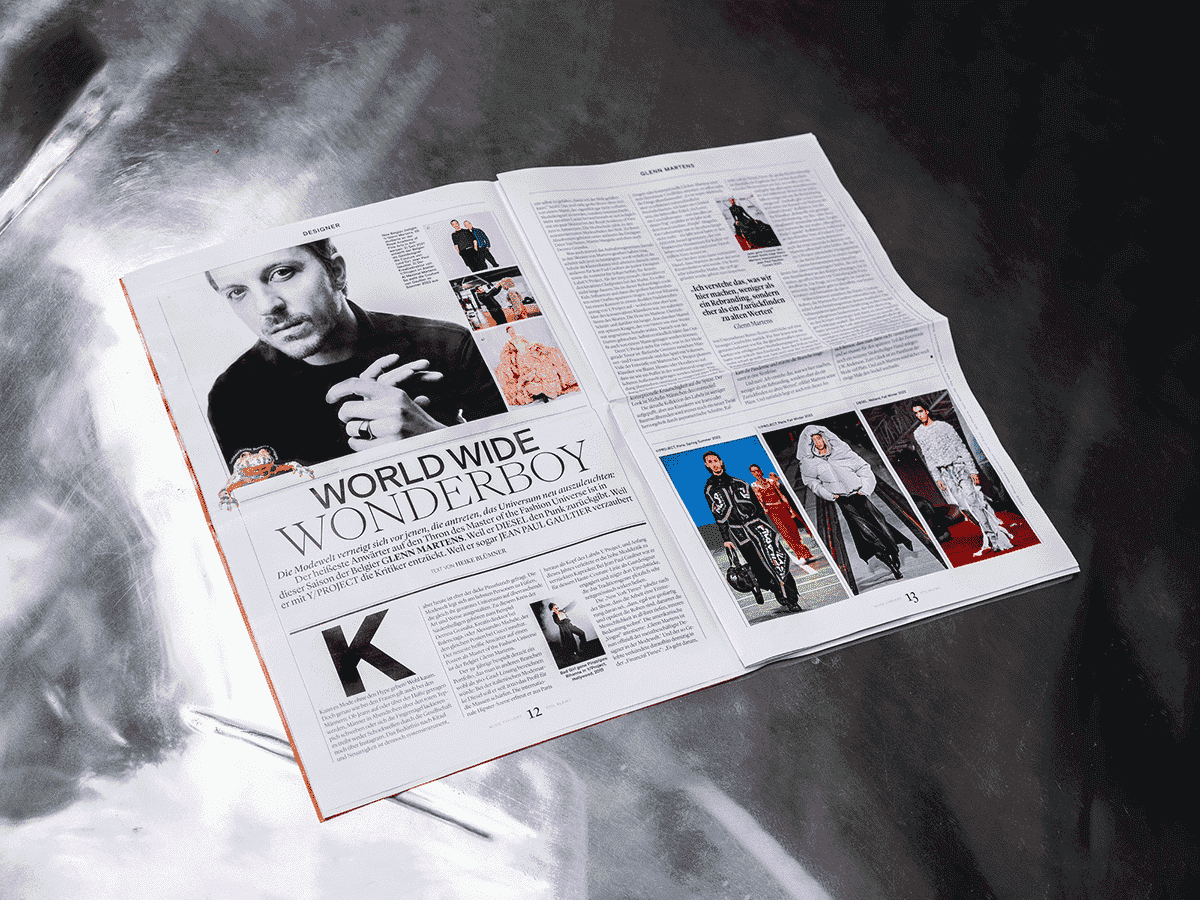 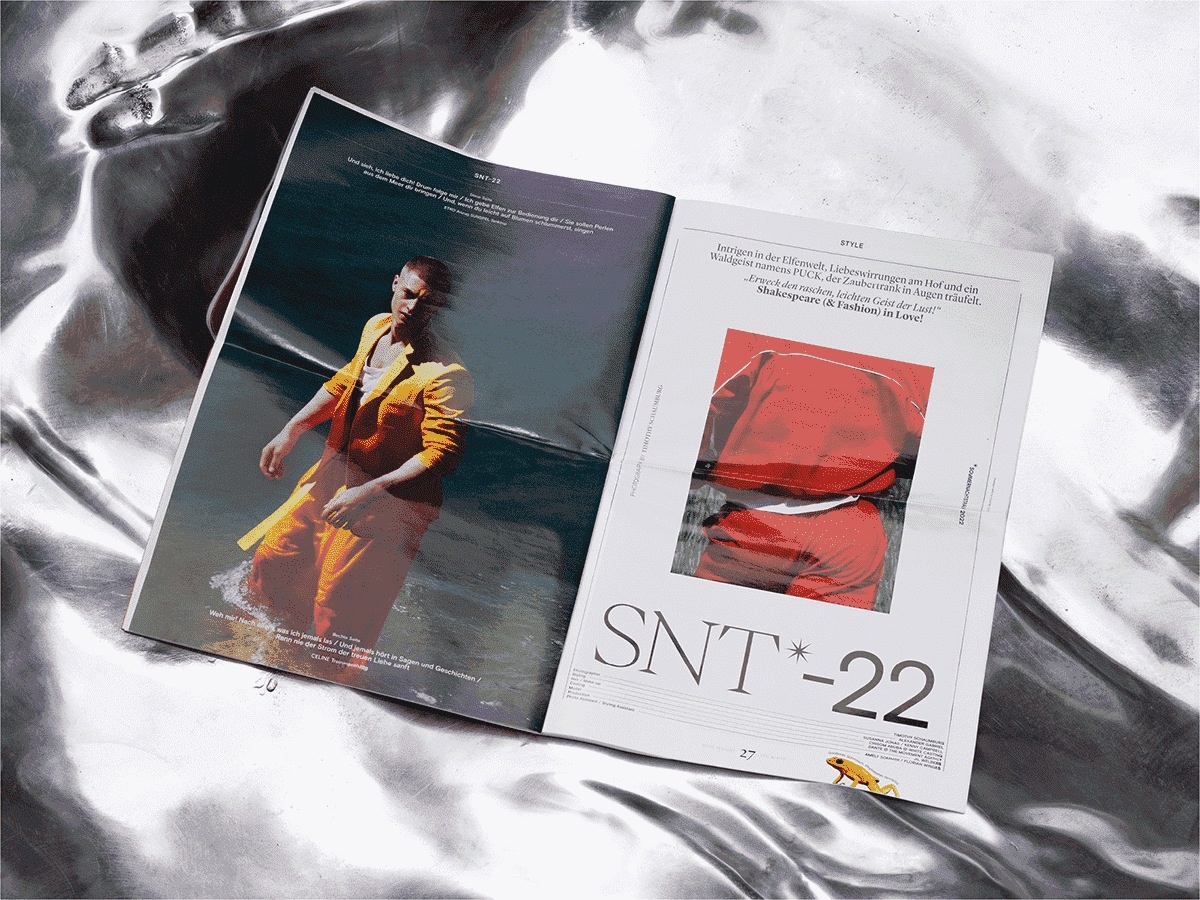 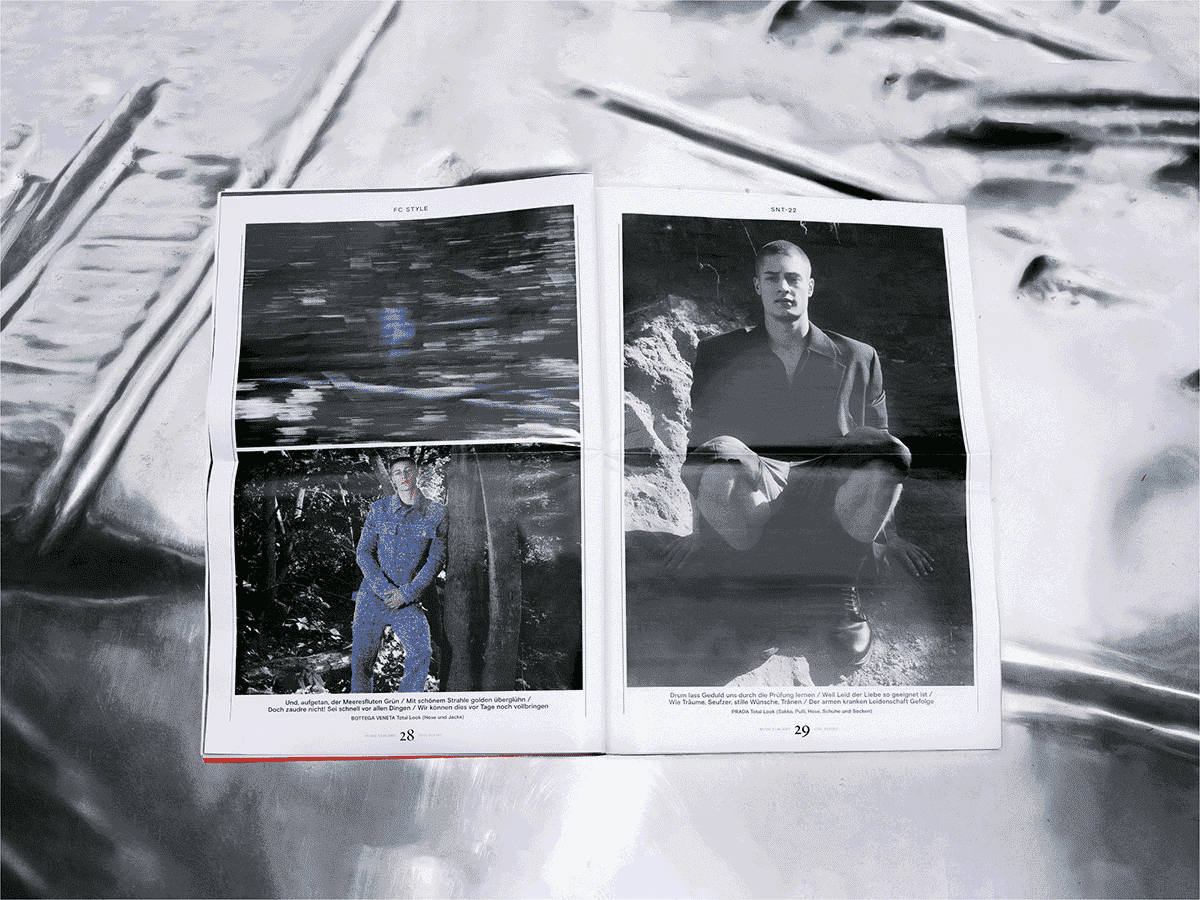 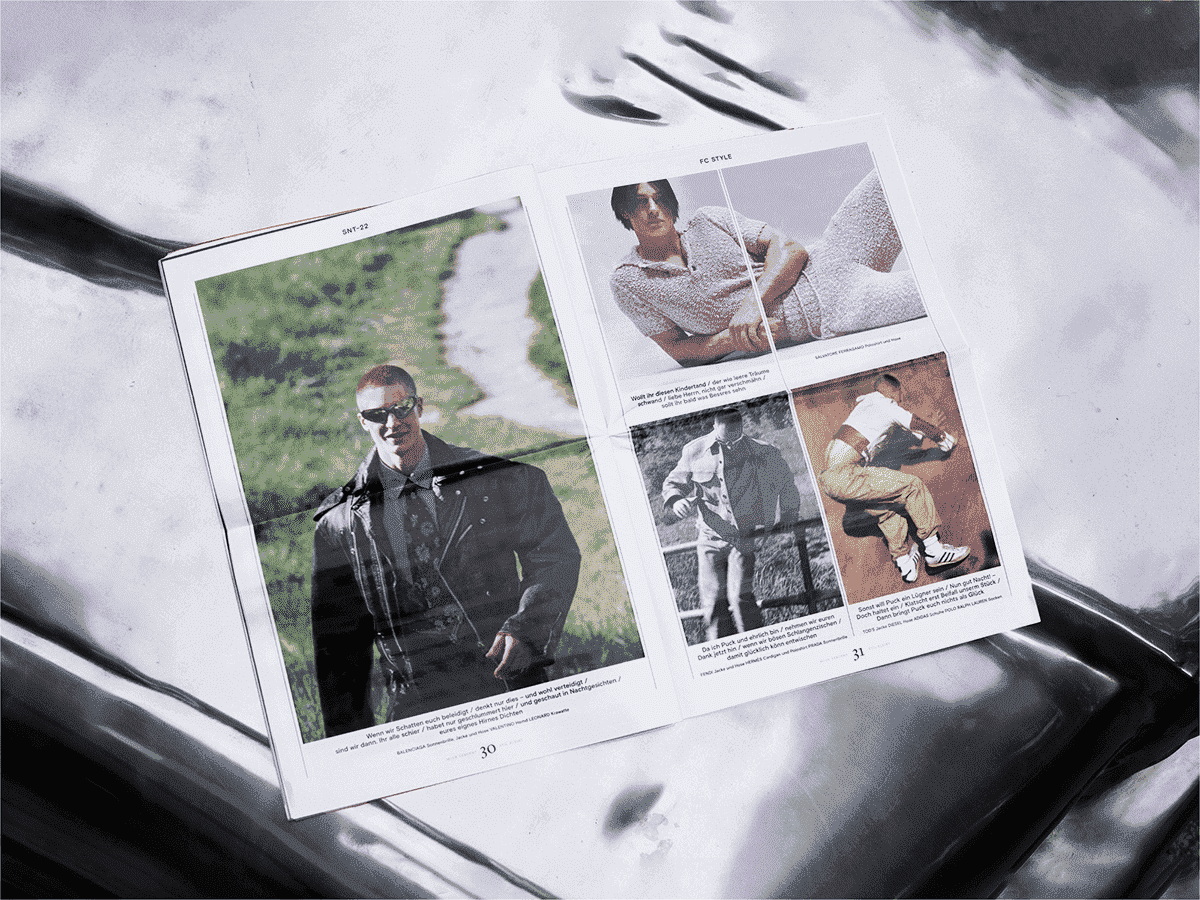