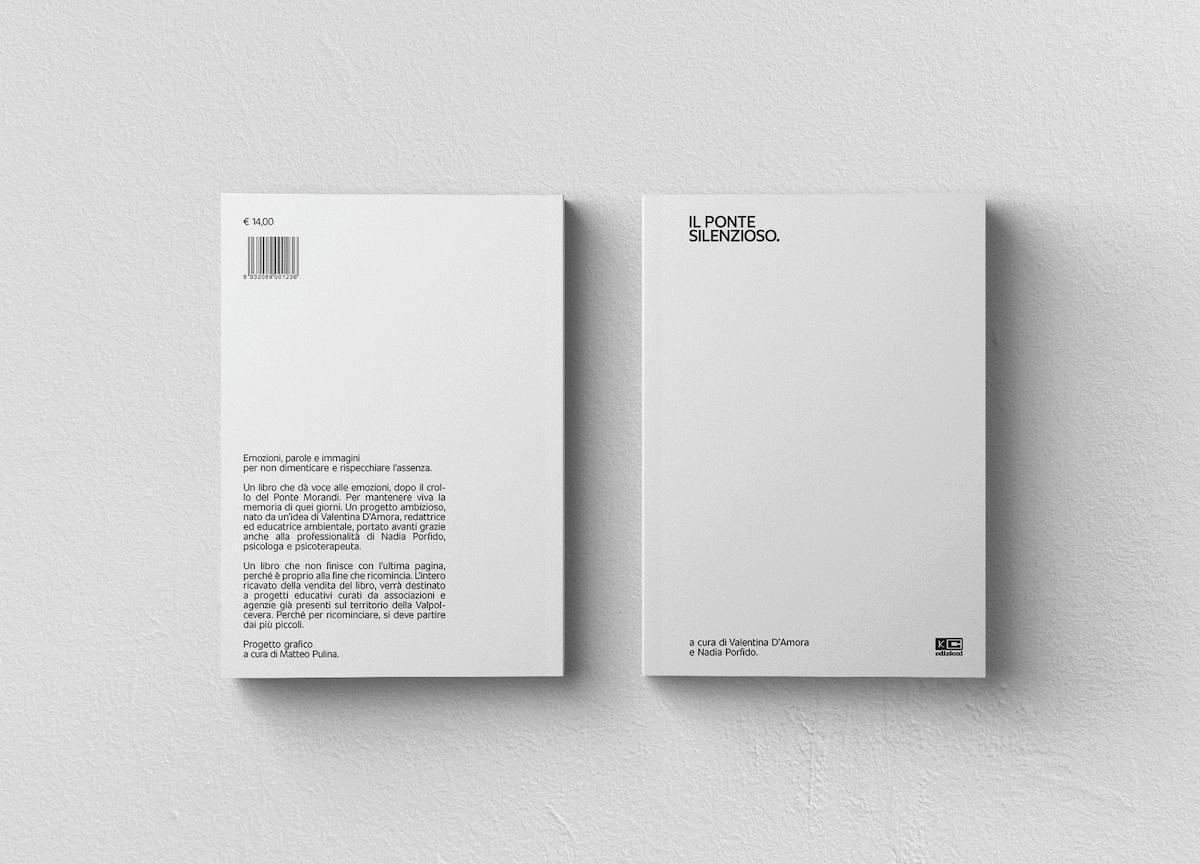 A book about the collapse of the Morandi Bridge in Genoa

Il ponte silenzioso. by Editors Valentina D’Amora, Nadia Porfido, and Designer Matteo Pulina is a book that gives voice to emotions, after the collapse of the Morandi Bridge in Genoa, leaves room for those who have really experienced the trauma, in a raw, real, clean way. A way to keep alive the precious memory of those days, restoring a role to those who directly experienced this tragedy: survivors, displaced persons, rescuers, but also the simple inhabitants of Valpolcevera, the territory where the tragedy occurred and which is tormented every day from the consequences of the collapse. The entire proceeds from the sale of the book were destined for educational projects run by associations and agencies already present in the area. 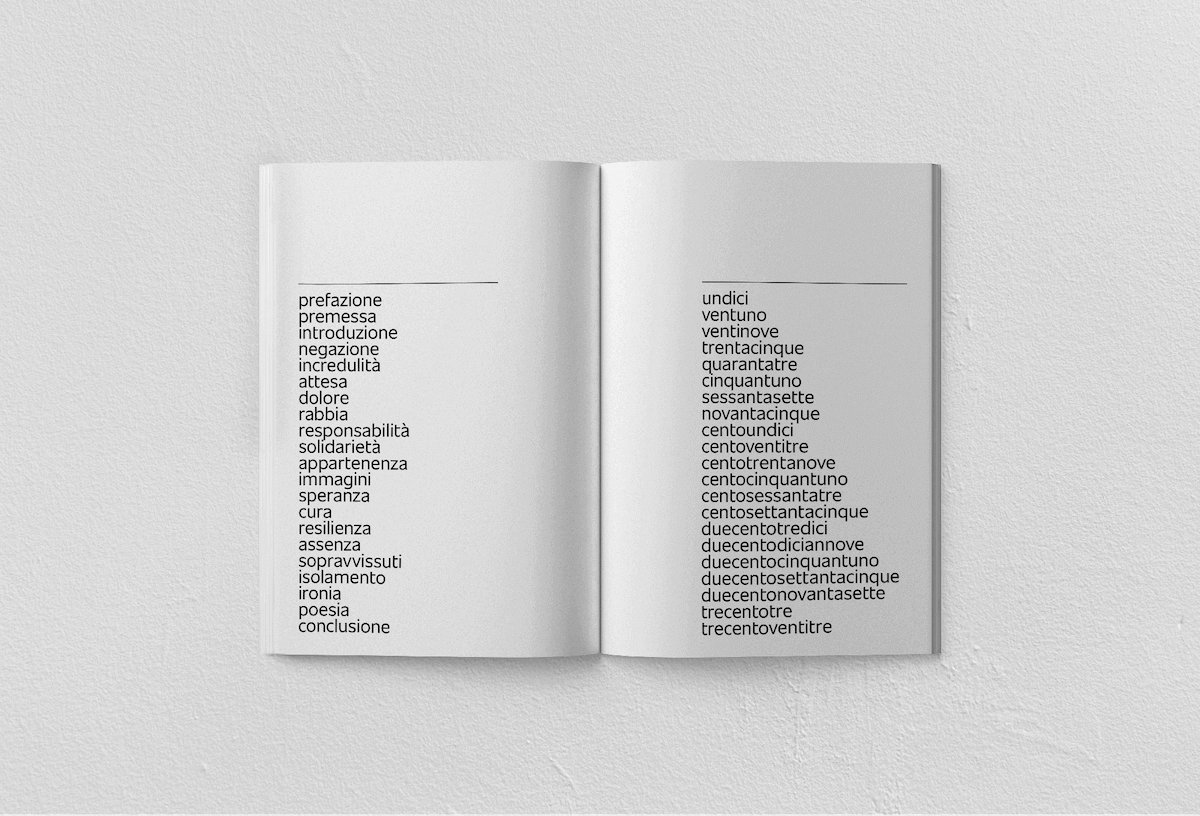 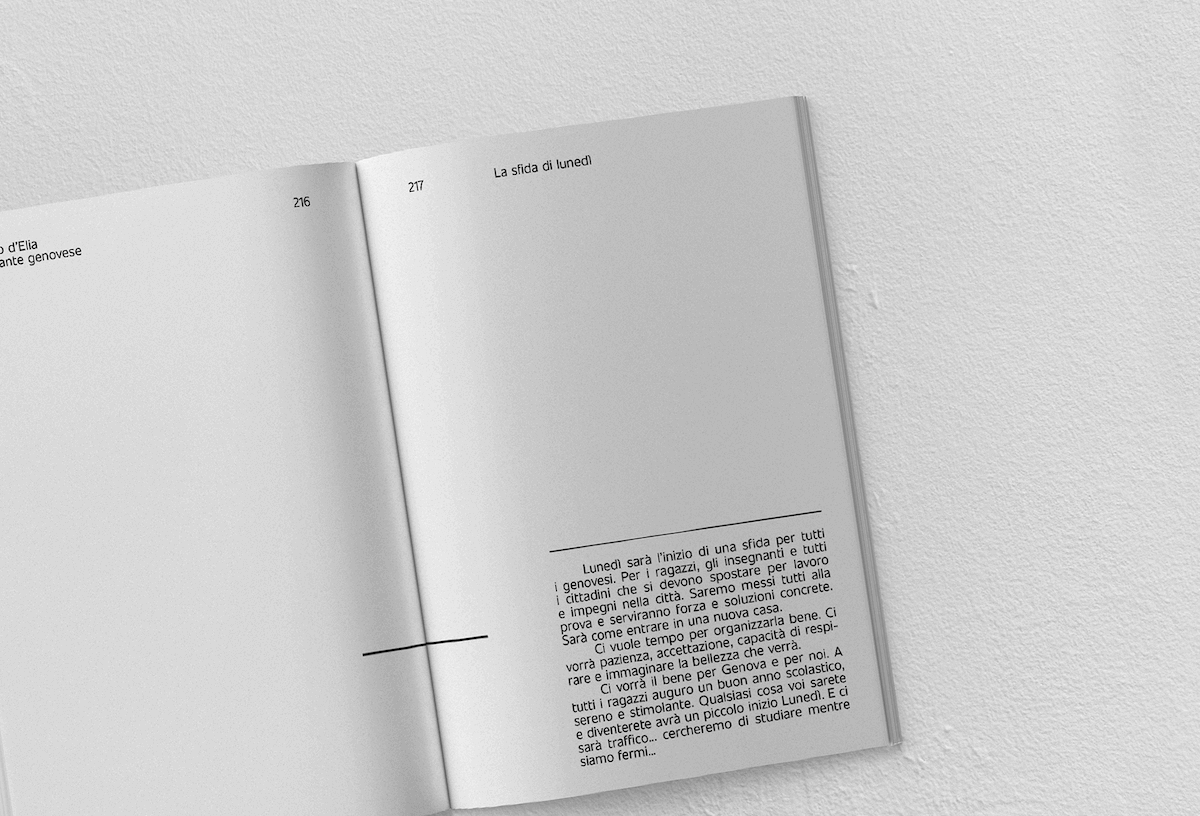 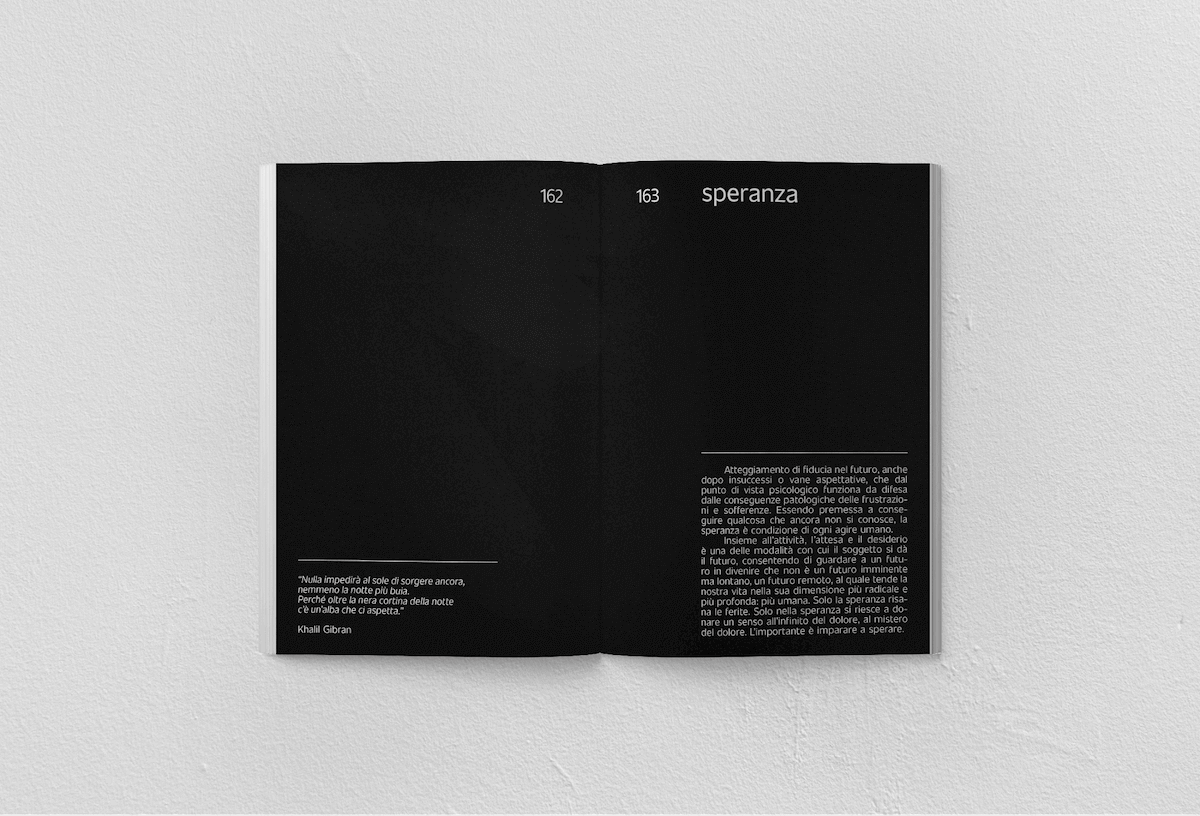 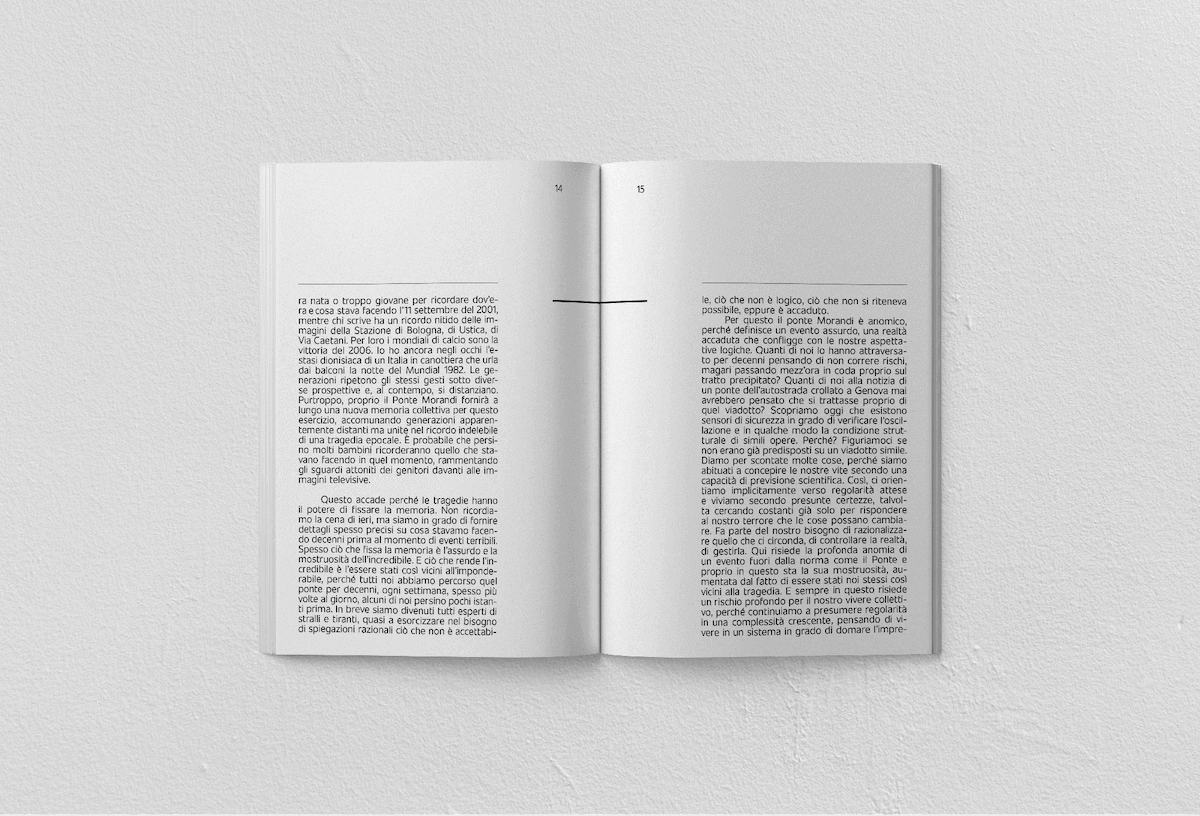 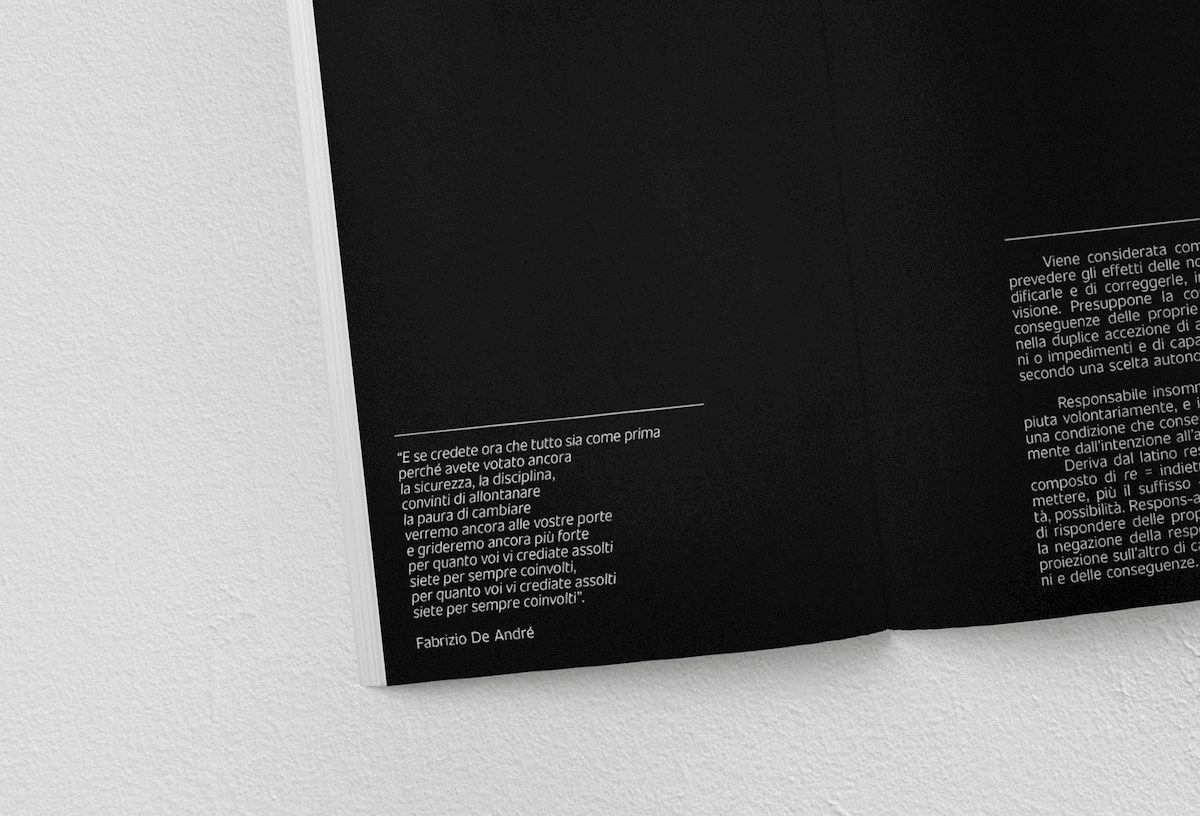 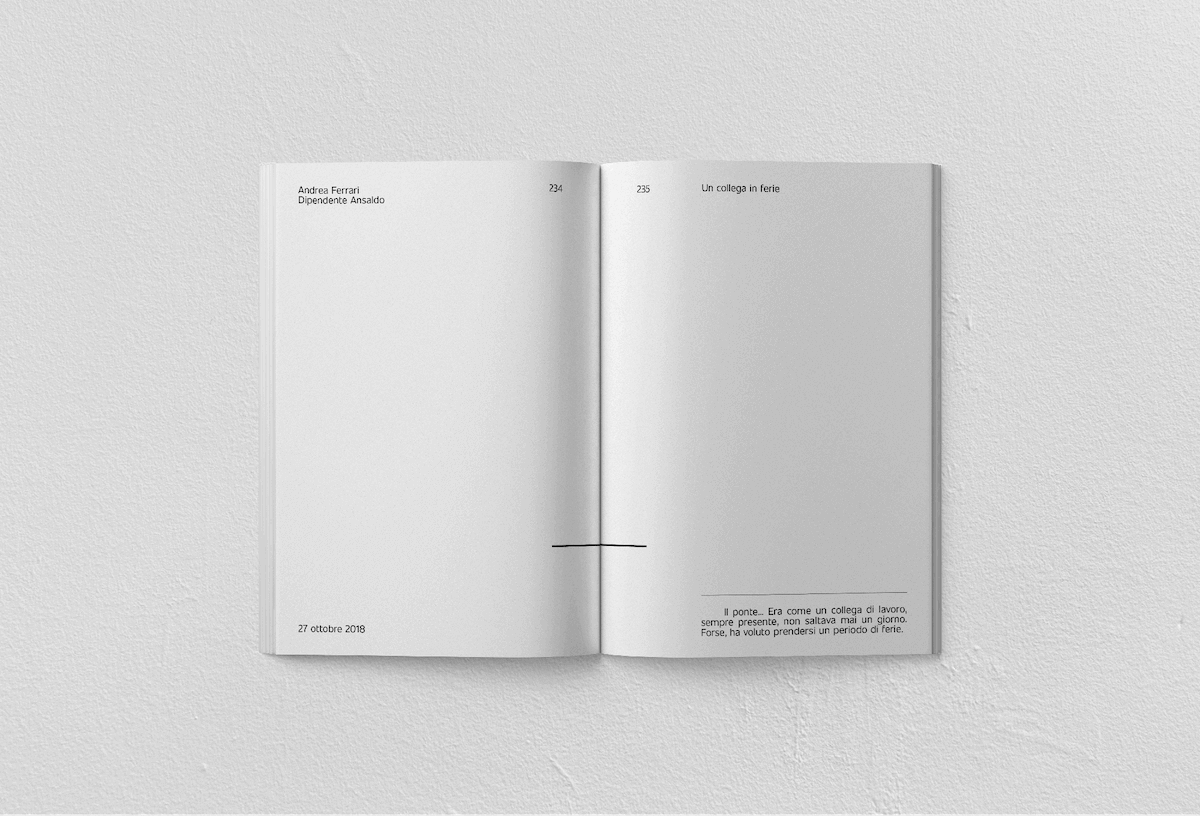 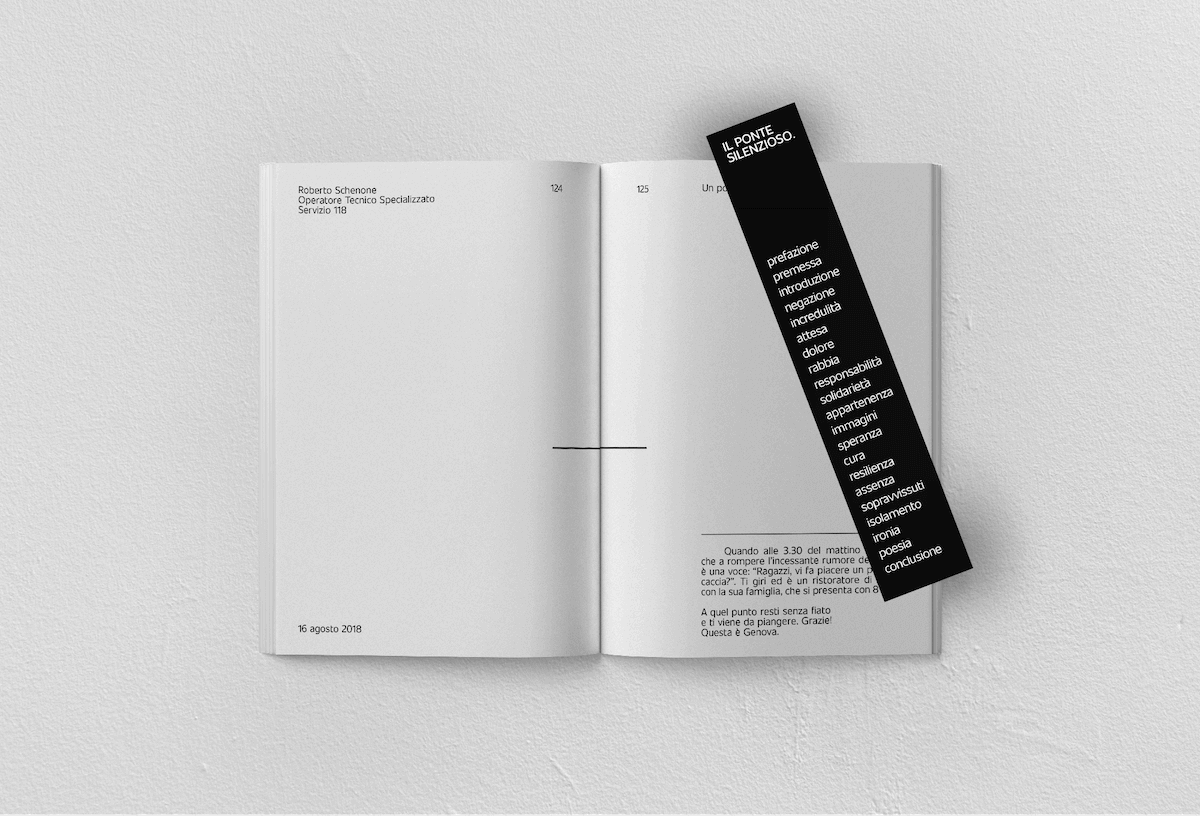 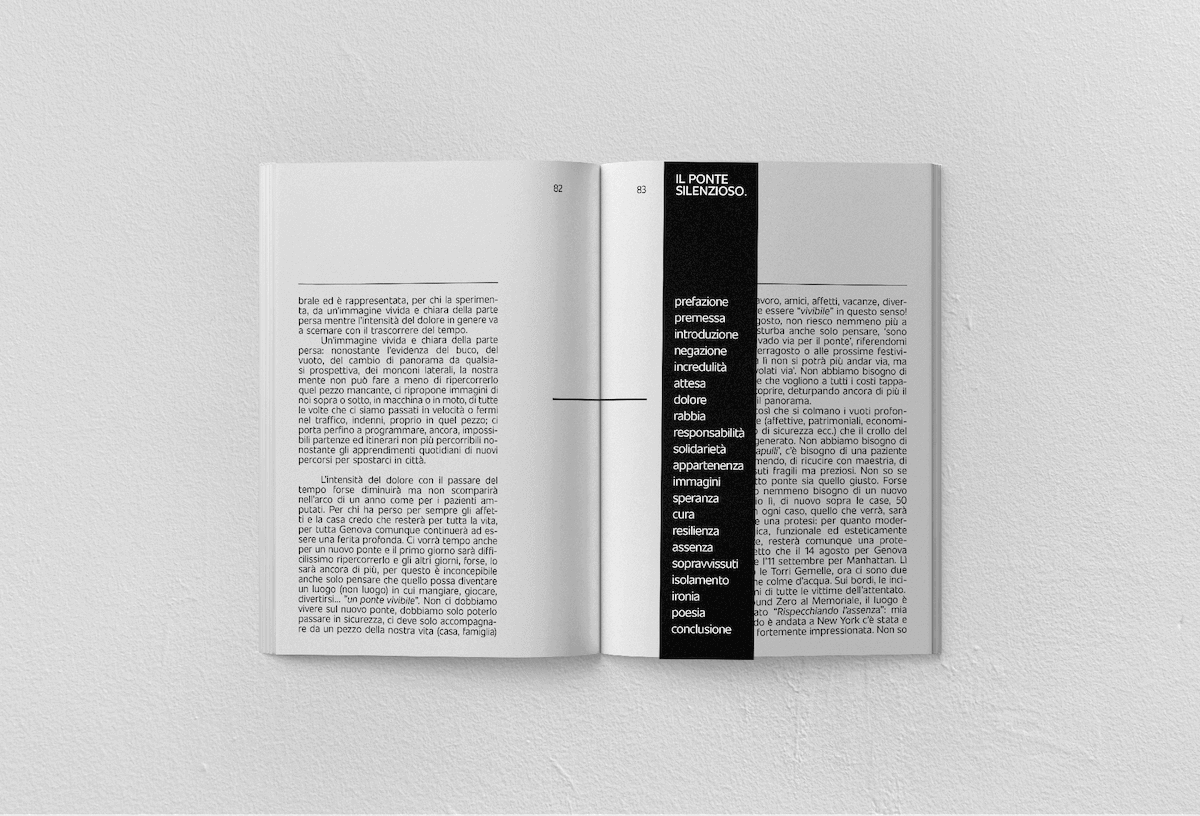 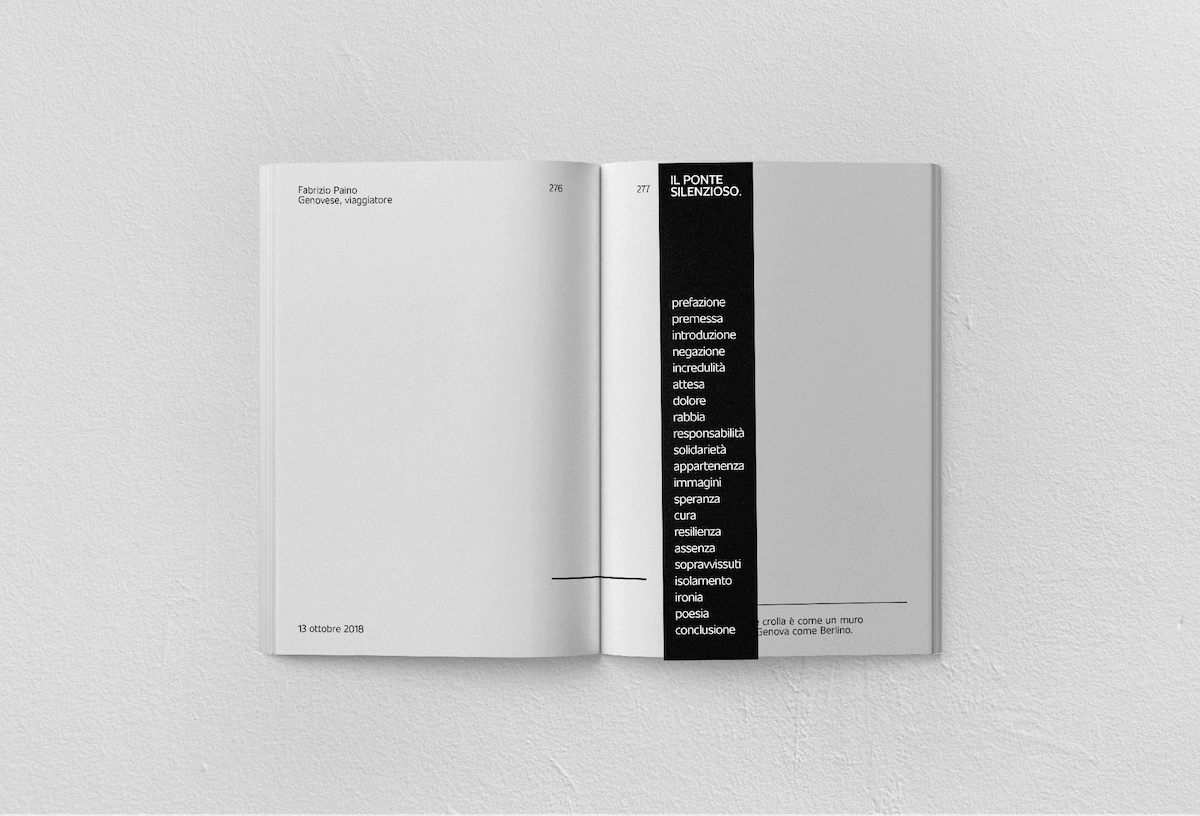