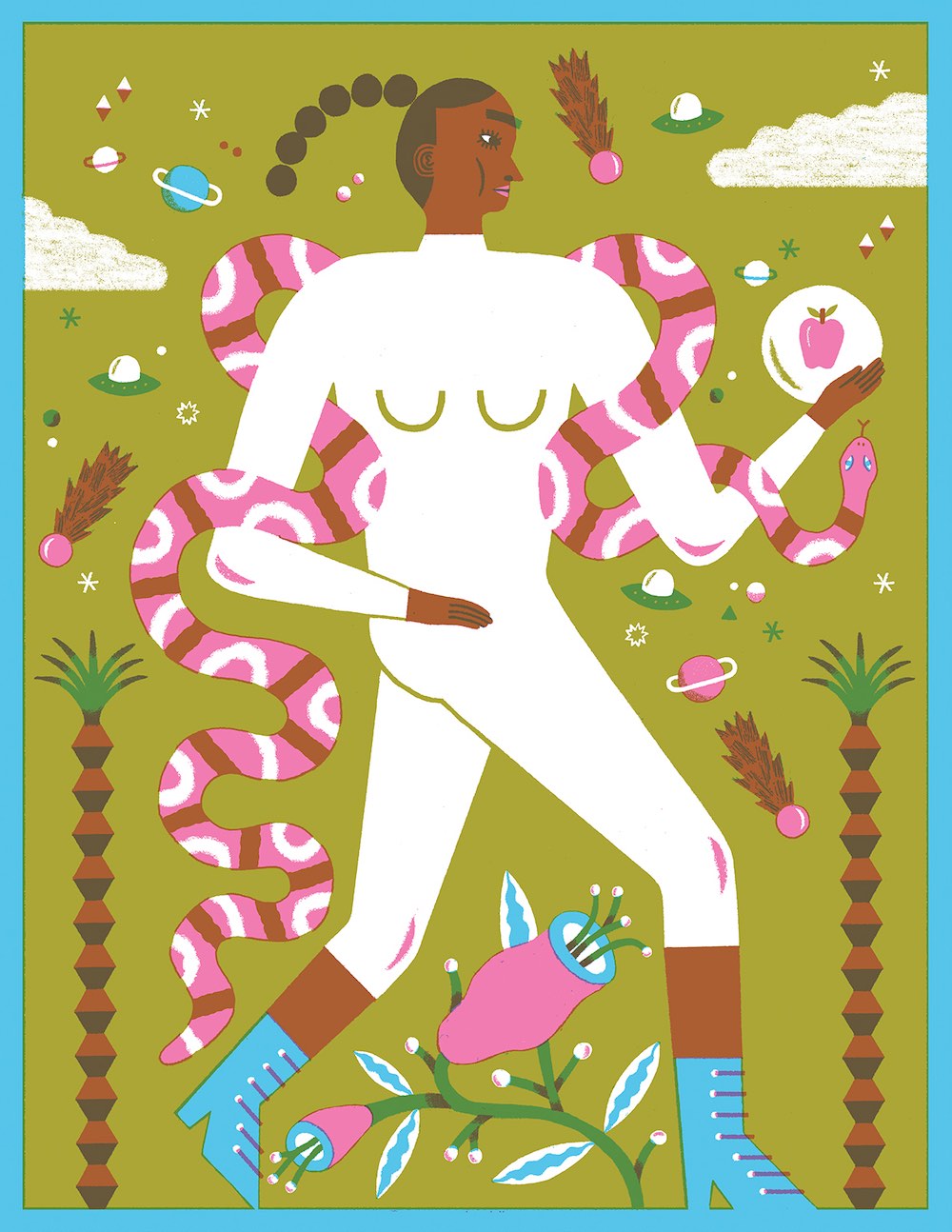 A graphic artist from Tel Aviv

In this series we introduce you to the most exciting Israeli creative minds in graphic design, animation and illustration. Last time we introduced the illustrator Ofra Amit. More will follow. But now Noa Snir.

Noa Snir deals with newspaper illustrations, book illustrations, commercial commissions and personal projects. She is an illustrator, printmaker and, according to her website, a bookworm. Noa Snir has worked worldwide for magazines and newspapers such as The New York Times, Granta Magazine and the children’s magazine Anorak Magazine. Her work has been exhibited in Israel, many European countries and the USA. Born and raised in Jerusalem, she graduated in 2012 with a bachelor’s degree in Visual Communication from the Bezalel Academy of Arts & Design in Jerusalem, lived in Tel Aviv and moved to Berlin to earn a master’s degree in illustration from the Universität der Künste, graduating in 2016. Her first children’s book, an illustrated biography of the American writer Maya Angelou, will be published in the UK in September.

You said that you discovered illustration while working in a book shop. Do you find some of that atmosphere in your daily work?

I think my love of books is what drove me go work in a book-store when I was twenty, but also pushed me to pursue a career where I would be forever surrounded by text and reading. I did a lot of creative writing as a child but as I got older, I understood I don’t want words to be my medium. I have such immense respect for the written word; I slowly became paralyzed as a writer. Being an illustrator allowed me to still tell stories, and a lot of what I do is strongly connected to literature and language.

I feel lucky doing a lot of editorial work, because it allows me to learn about topics I never would’ve encountered otherwise. My work always starts with doing some research, visual as well as textual. In this regard I feel an illustrator needs to be a bit of a scholar, and I admit that this is one of my favorite parts of the job.

Is there a current project you would like to tell us more about?

I am now in the final stages of working on a book about mental illness, together with the nice people of Libros del Zorro Rojo, a Spanish publishing house. It will be an illustrated lexicon for adults, with my artwork being black-and-white lino prints. It started out as a university project in the Universität der Künste, Berlin, a few years ago, mostly because I needed a project-theme for a class I was taking in lino-cut and printmaking. It was the first time I tried lino-cut or made anything in black and white. But it became not only an exploration of the medium, but an exploration of my family’s history with mental illness and of other people around me. I harnessed the artistic process to discover more about things that were taboo or painful, and I have to say that dealing head-on with this complicated topic was anything but depressing—it felt like opening a window and letting sunlight into a room that was dark for too long.

You described yourself as a “curious illustrator.” Where do you find opportunities to practice curiosity and observation?

I think illustrators need to function as explorers and observers, in order to comment meaningfully on the societies and cultures they operate in. They need to develop skills such as eaves-dropping on strangers in the street or looking around in public transport instead of staring at their phone and opening dusty library books instead of google image search. All the best stories are already around us, and all the best design solutions too, we just need to train ourselves to look in the right places.

For me personally, I’ve always been a bit of an outsider and being an illustrator gives me the framework to explore the world with a sense of purpose. I will give a concrete example: I do not have a visual library in my head of how things look. I am not one of those artists who can draw everything from her head elegantly in one stroke. Every time I need to draw something, I find myself puzzled, thinking: what does this actually look like? And how would it look as a drawing? And how would it look like if I was the one drawing it? I am never sure of the answer in advance. And I think all this questioning keeps me on my toes, it makes sure I treat every illustration job as a riddle I have to solve. The world is a mystery to me, and illustration helps me make sense of it.

Do you enjoy and study the work of other artists?

Of course! And I envy a lot of other artists, too. I think artistic jealousy is a good motivation to improve one’s own craft. I find myself especially drawn to outsider-art, to creative expression that was made by people who did not necessarily call themselves artists. I think there is so much to learn from it, from the fresh and unexpected perspectives a lot of outsider art holds, to the mere fact many outsider-artists kept on creating for many years without ever being recognized for it in the traditional ways. It reminds me that art exists on a higher realm, that it can have little to do with money or professional success. And this reminder, when I think about artists like Henry Darger or Vivian Maier, is a big comfort to me. 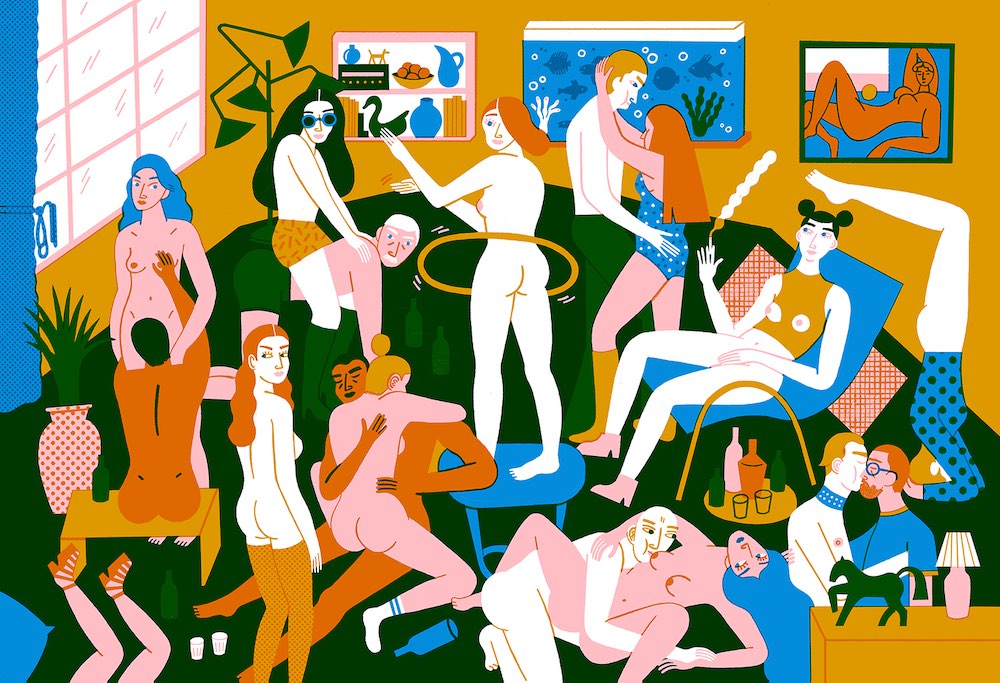 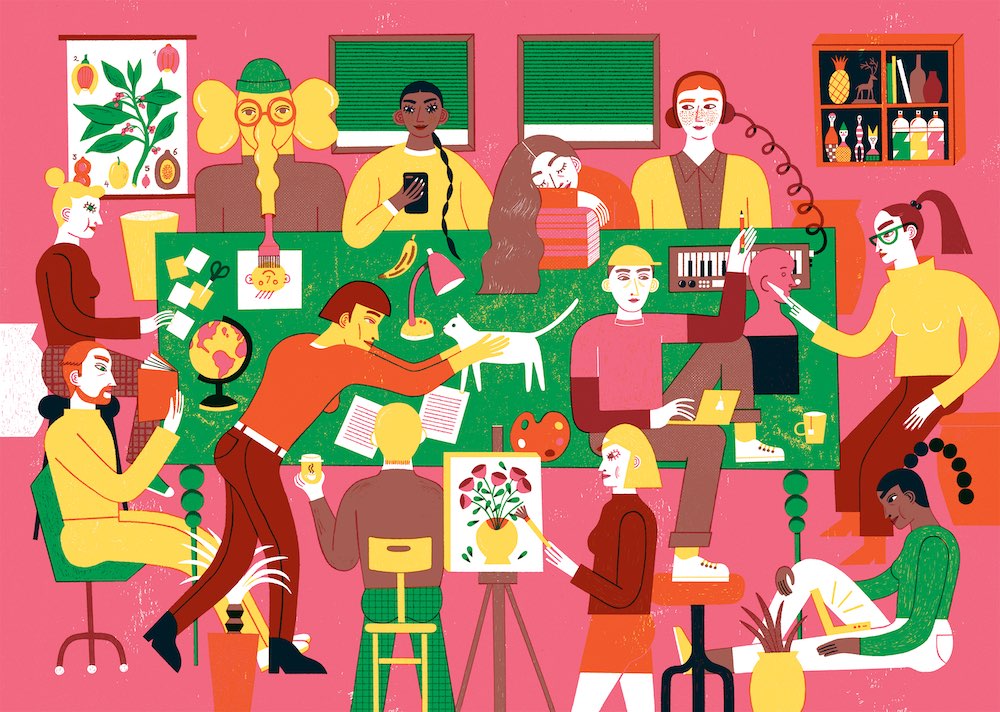 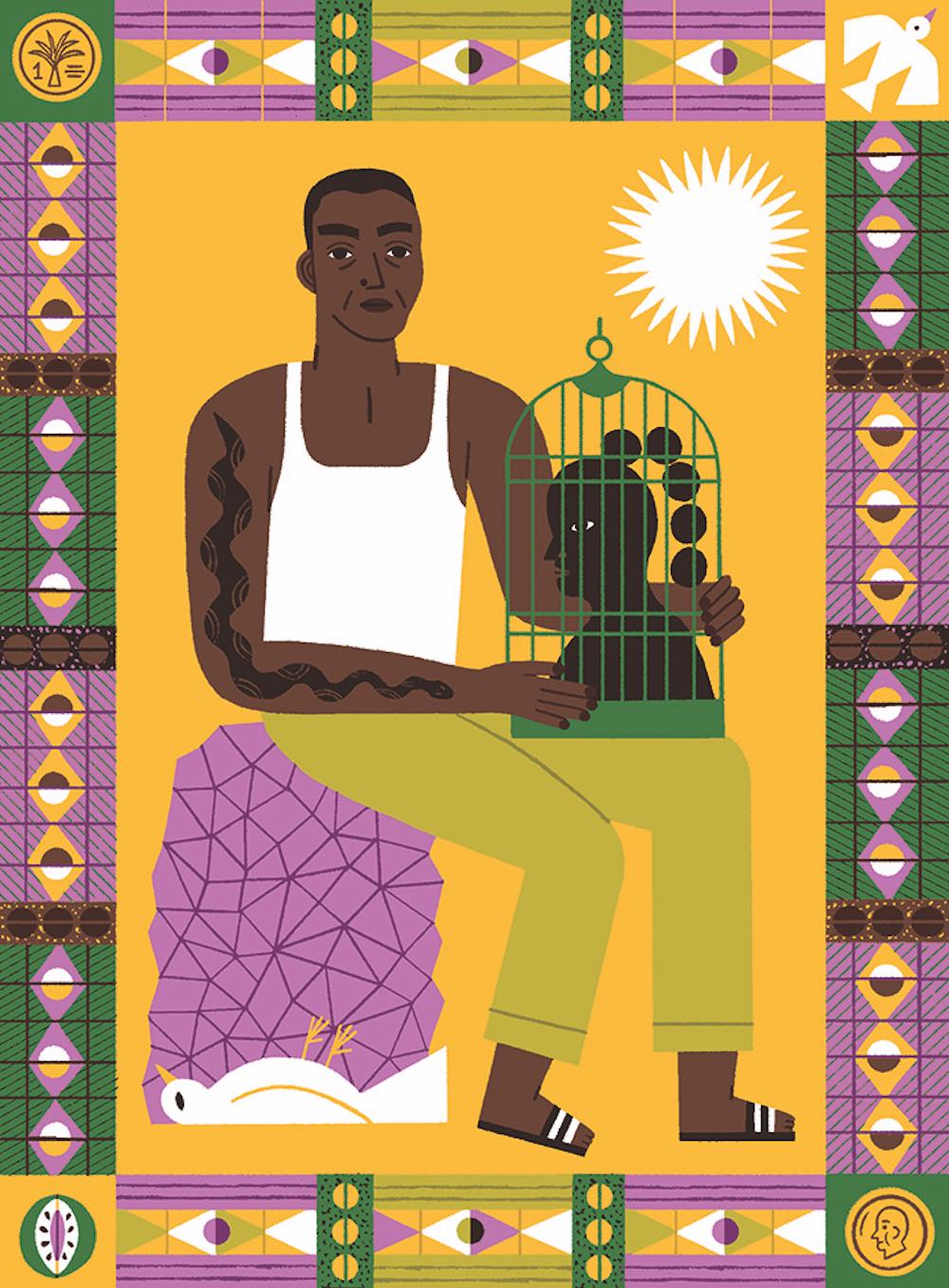 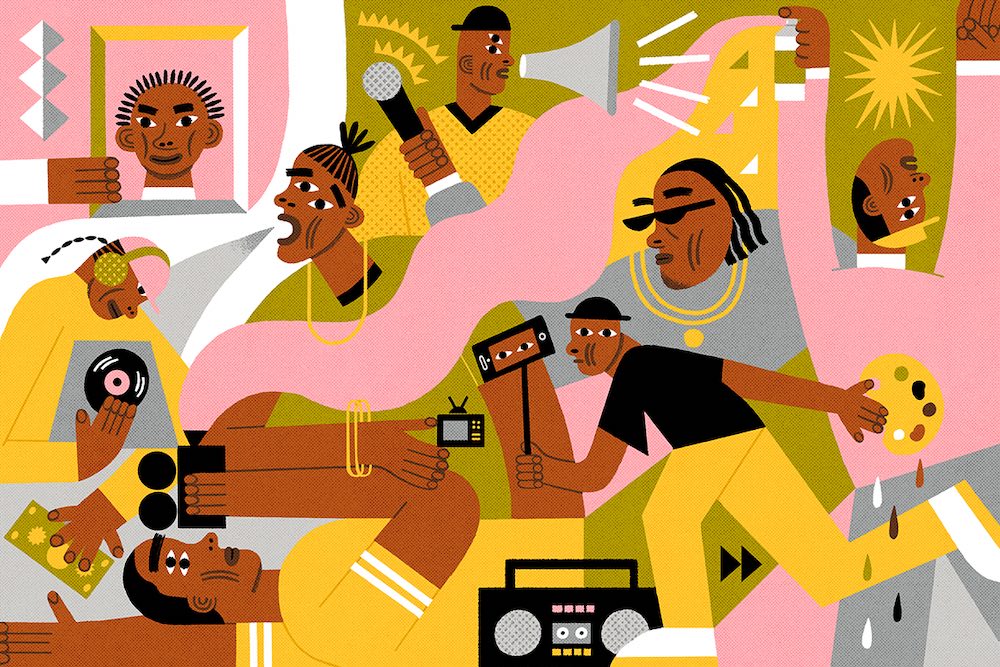 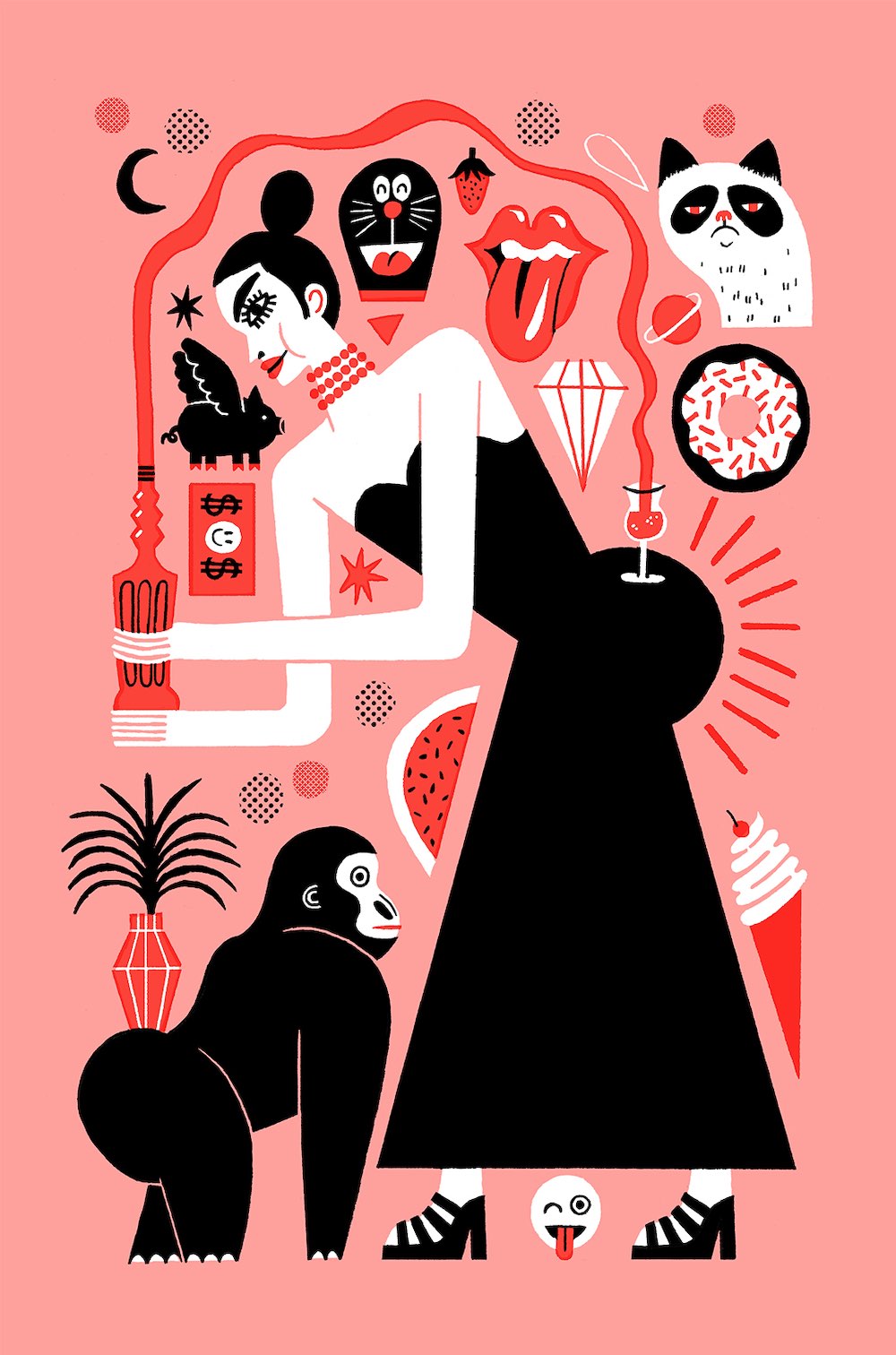 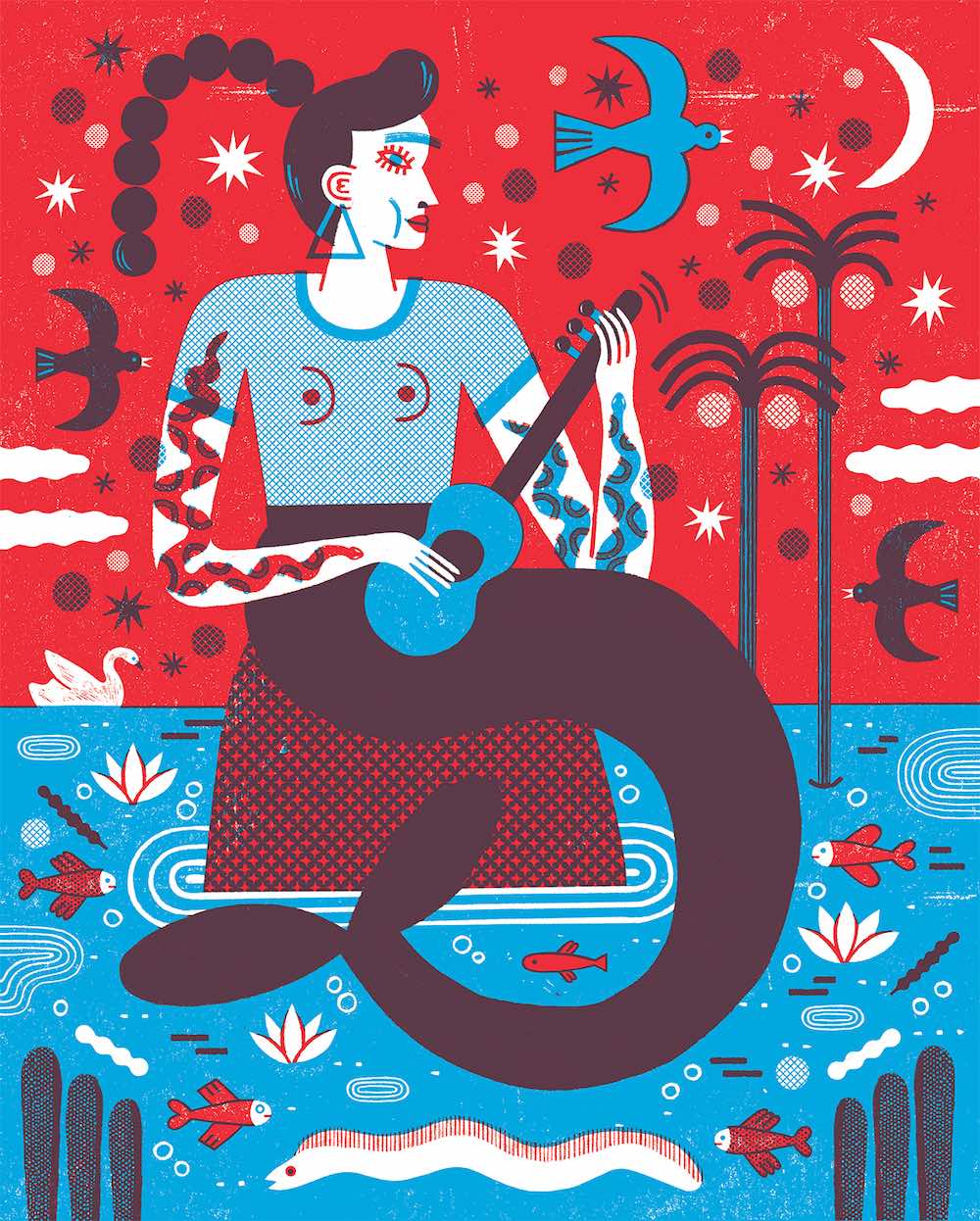 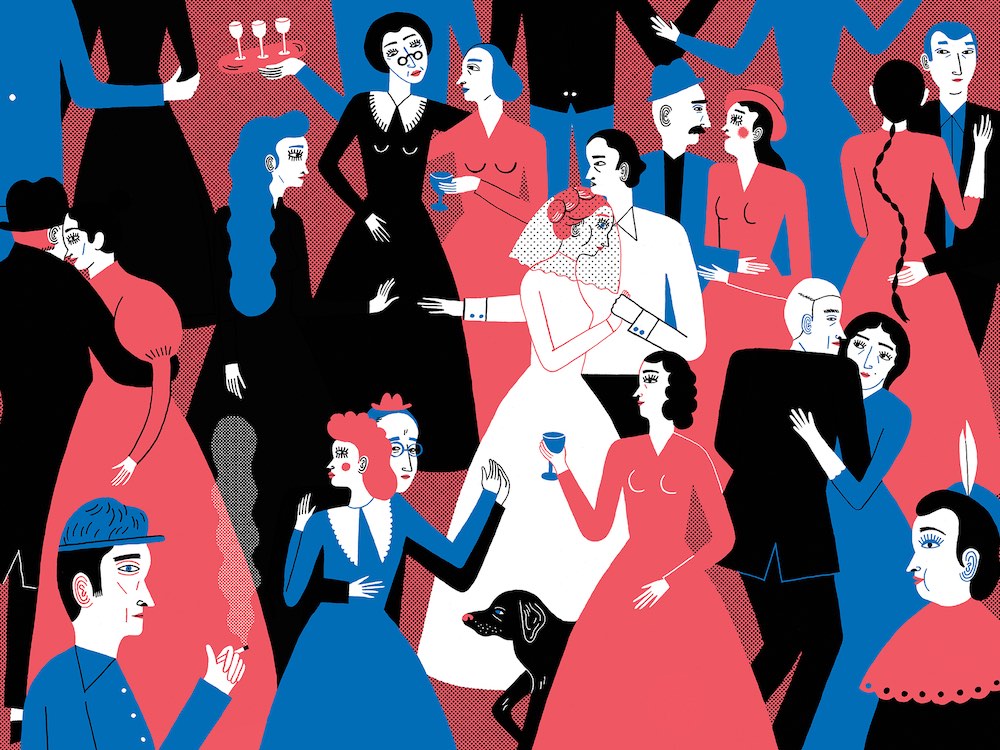 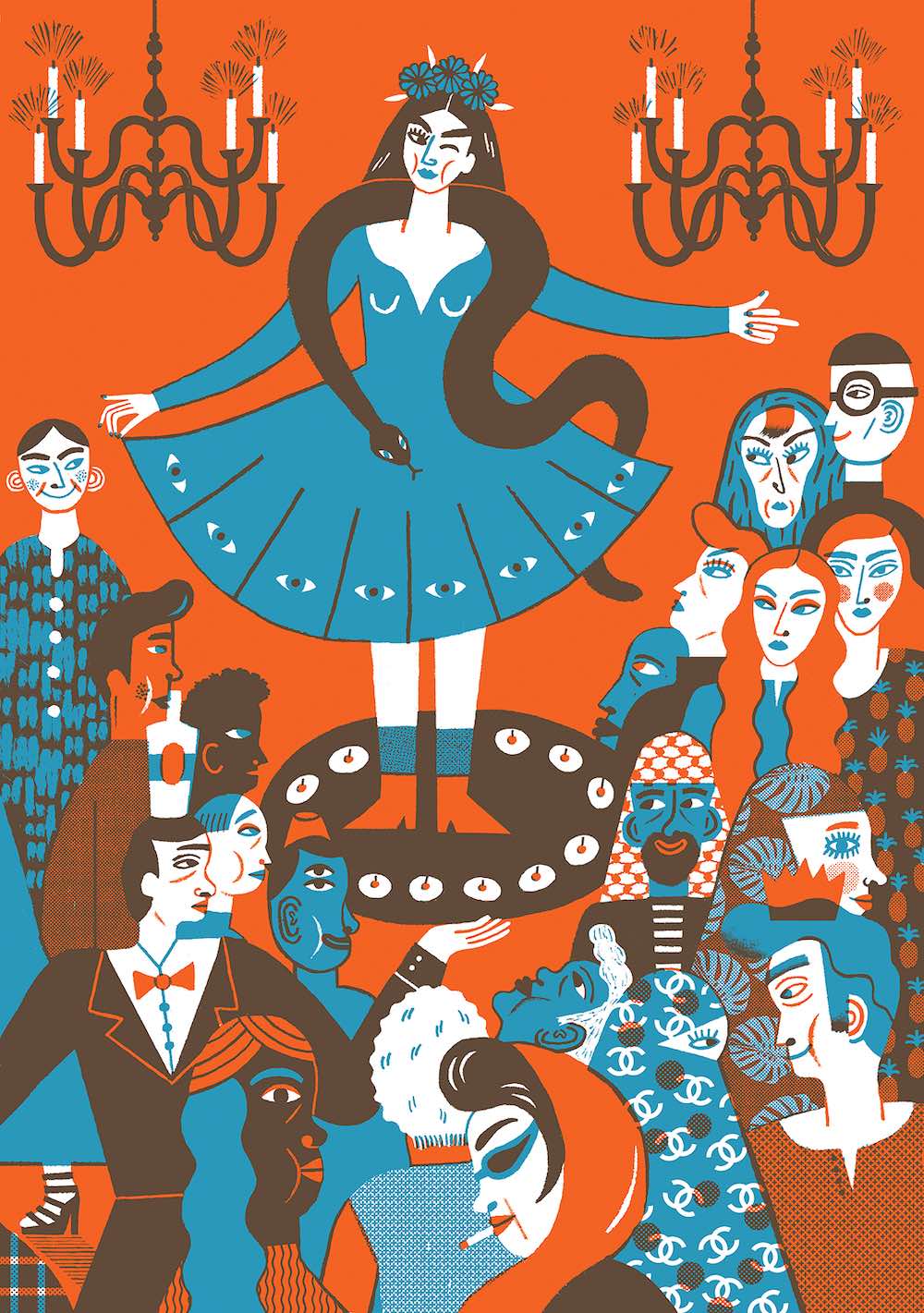 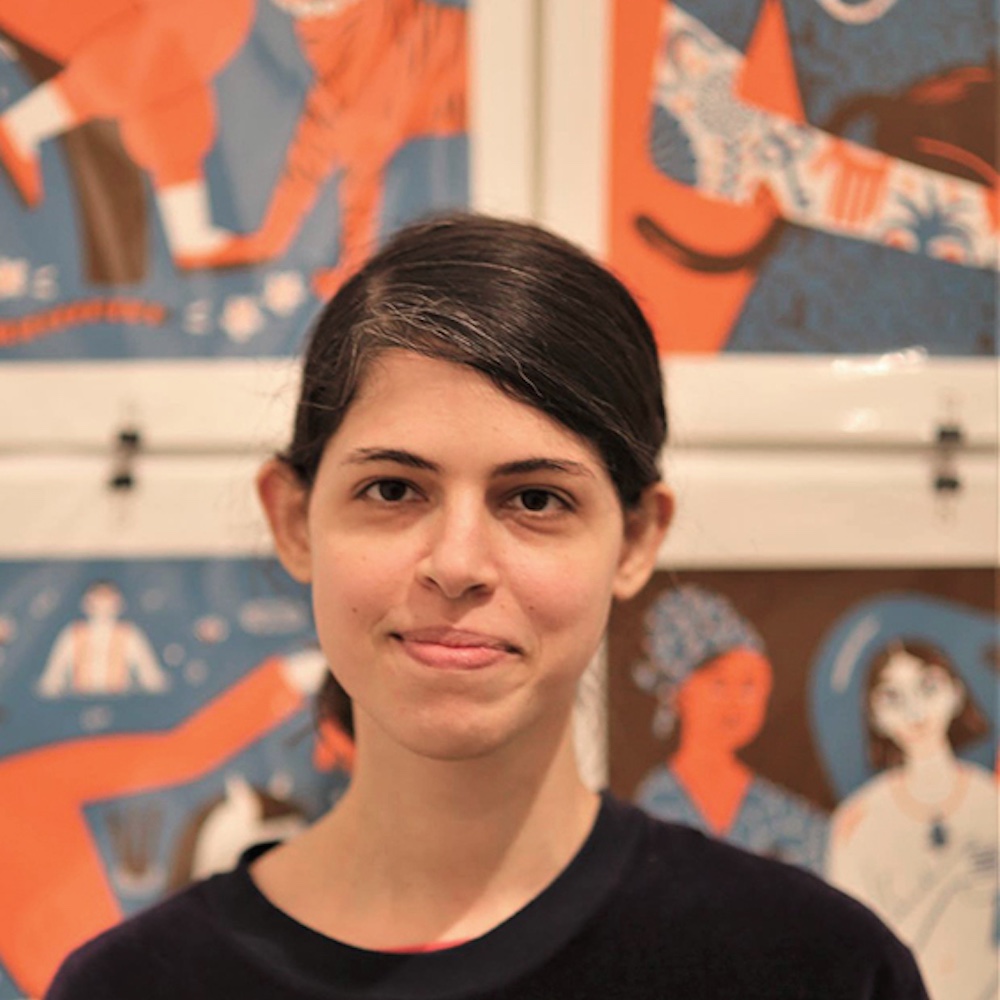