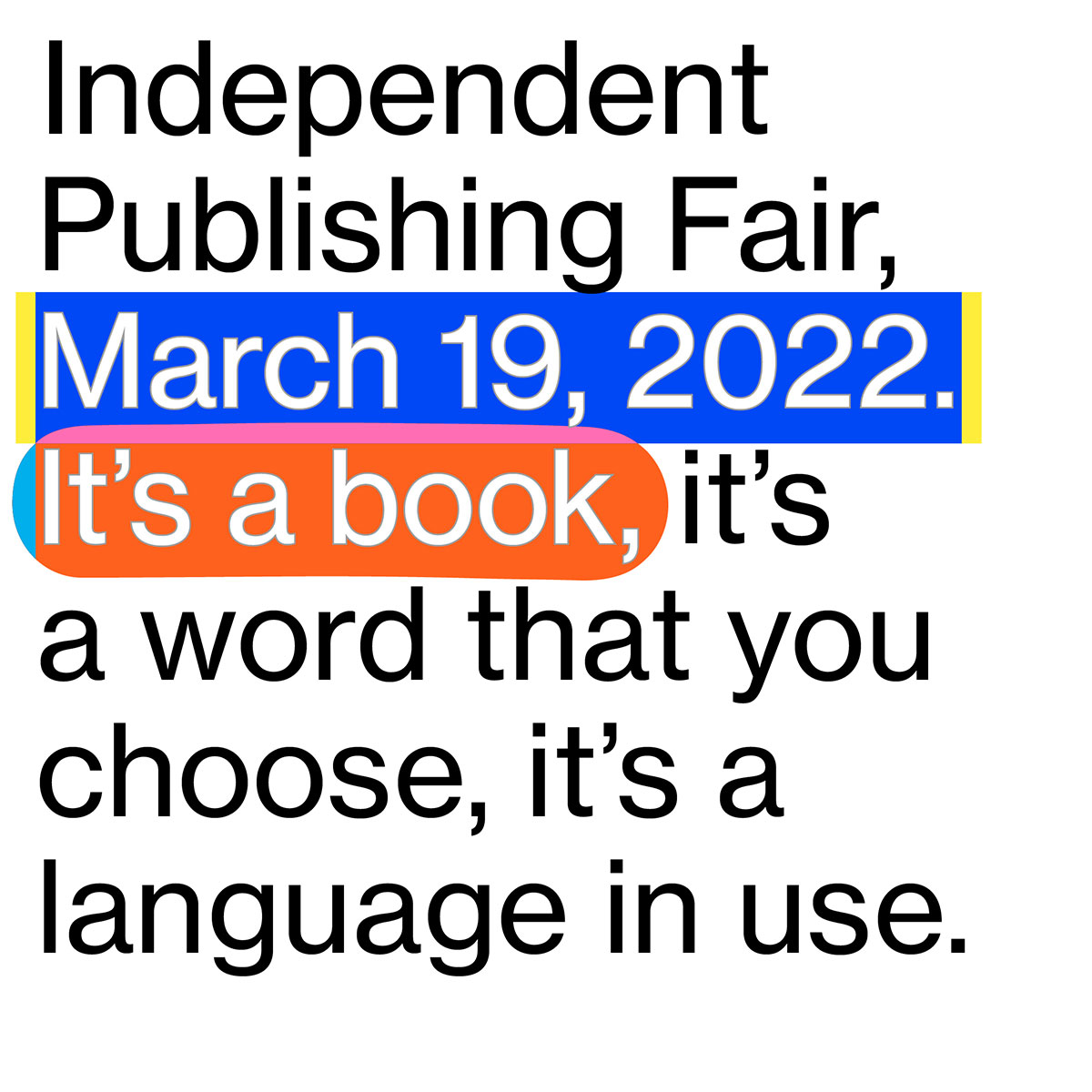 It’s a book is the annual gathering of producers in the field of independent publishing in Leipzig and sees itself as a marketplace for books and an exchange point for ideas and debates. For the ninth time in a row, it will be conceived, organized, and artistically designed by students at the HGB Leipzig.

After the fair was transferred to the digital space last year, the Independent Publishing Fair will once again take place on site at the HGB. And because there is no going back, It’s a book is going online again this year with the digital marketplace and the live-streamed symposium on a revamped website. Everyone is cordially invited!

It’s a book is a project by students of the HGB Leipzig, the Deutsches Literaturinstitut Leipzig, and the Burg Giebichenstein Kunsthochschule Halle, as well as other interested parties, accompanied by Prof. Markus Dreßen, Albrecht Gäbel, and Dr. Sabine Schmid. The team consists of Felix Brenner, Marika Fleischhauer, Emil Kowalczyk, Sohyeon Lee, Alexey Malygin, Merle Petsch, Andreas Satzinger, and David Wahrenburg. Without the kind support by the Support Office of the HGB Leipzig and DZA Druckerei zu Altenburghall this project couldn’t be realized!