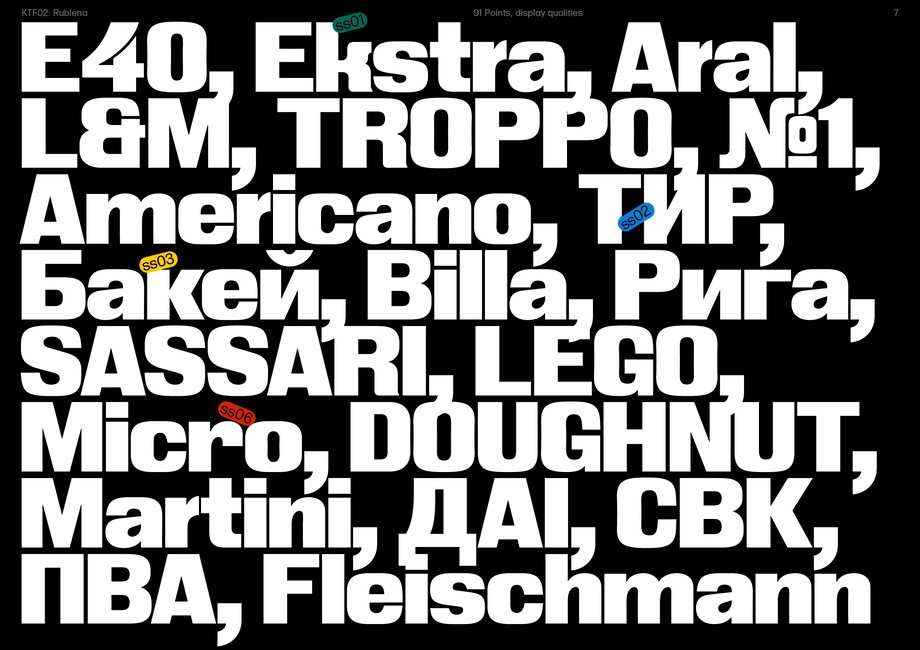 Today we would like to share with you the free interpretation of the typeface Rublena by Kyiv Type Foundry: KTF Rublena. Rublena is the most used black grotesk on the ex-USSR terrain. It originated at the end of the nineteenth century in the city of Danzig (German Empire) as Zeitungs-Grotesque.

According to researcher Dr. Dan Reynolds, “it was once the protype for a heavy sans serif in German type-making.”

Rublena is an “orphan child” of the metal type era. This type came out just one year before copyright law (“Geschmacksmustergesetz”) went into effect in 1876, which predestined the font to be bootlegged by foundries, let alone the designer’s name remained unknown. Due to the high commercial success, some foundries cut Cyrillic versions, and the font quickly became popular in the Russian Empire and the Soviet Union later on. After the October Revolution of 1917, all the types were expropriated from private enterprises and became state property. According to the newly established plan-based economy, all the industries including printing and type-making were revised. Not only to save lead but also because of aesthetically reasons, many types were cast out and remelted. For this, a commission ОСТ 1337 has been convened, consisting of printing- and type specialists. Along with the other 31 types, Rublena passed the selection criteria and entered the Soviet era. Whenever typeset, this font has always served a solid comradery to the broad typographic tasks, convincing the viewer with its strong character, offering radical contrast between headline and body text/ photographs/ illustrations.

KTF Rublena is not a revival, but rather a free interpretation of an old protype based on extensive research. All the finds were sorted and converted into ten stylistic sets. They lie at the core of the font: KTF Rublena is a constructor with an adjustable “character,” spanning from XIX pre-reform Cyrillic letters–to space-age alike “upright cursive.”

Knowing Rublena literally since childhood and being convinced of its everlasting visual strength, Yevgeniy aimed to re-evaluate it and make a reliable art director’s tool: the one creating negative space, heavy and tightly spaced, imagining Willy Fleckhaus and Herb Lubalin using them in 2021. 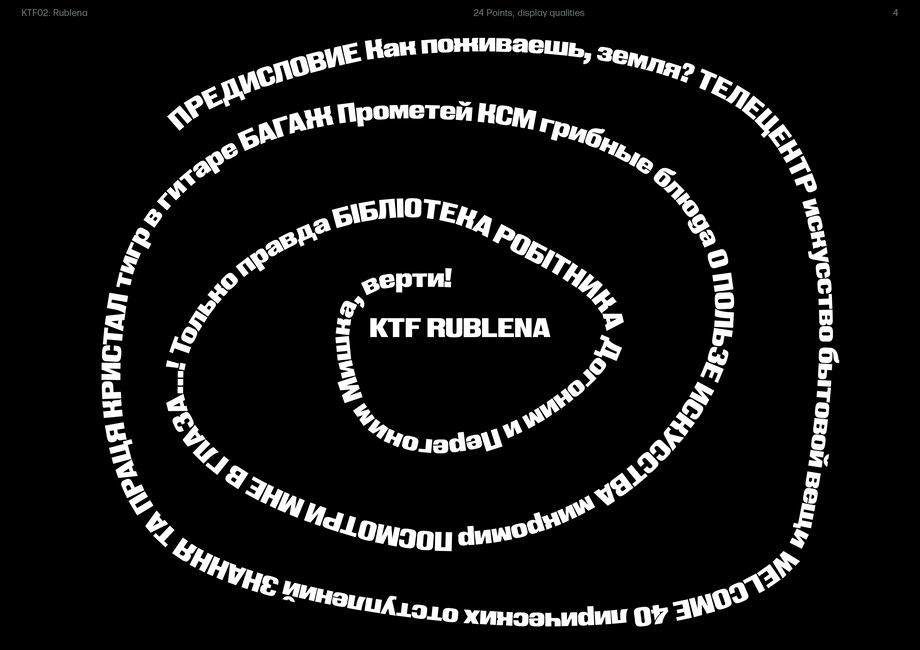 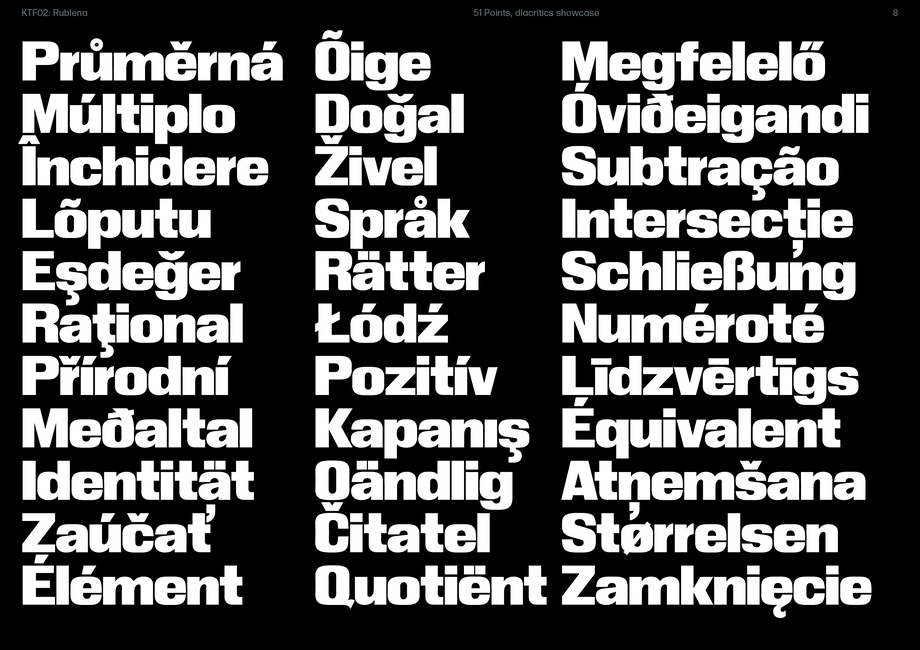 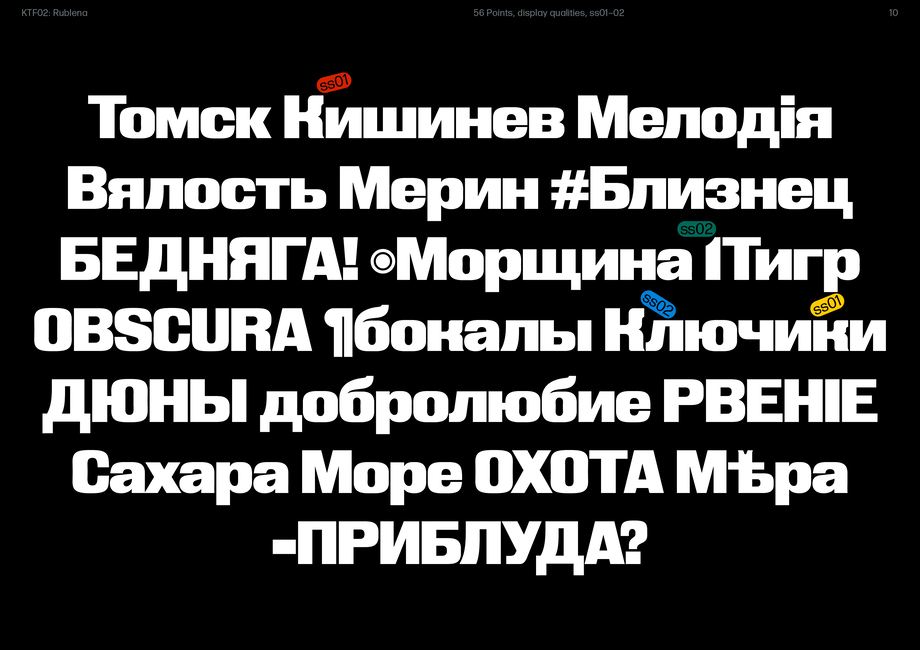 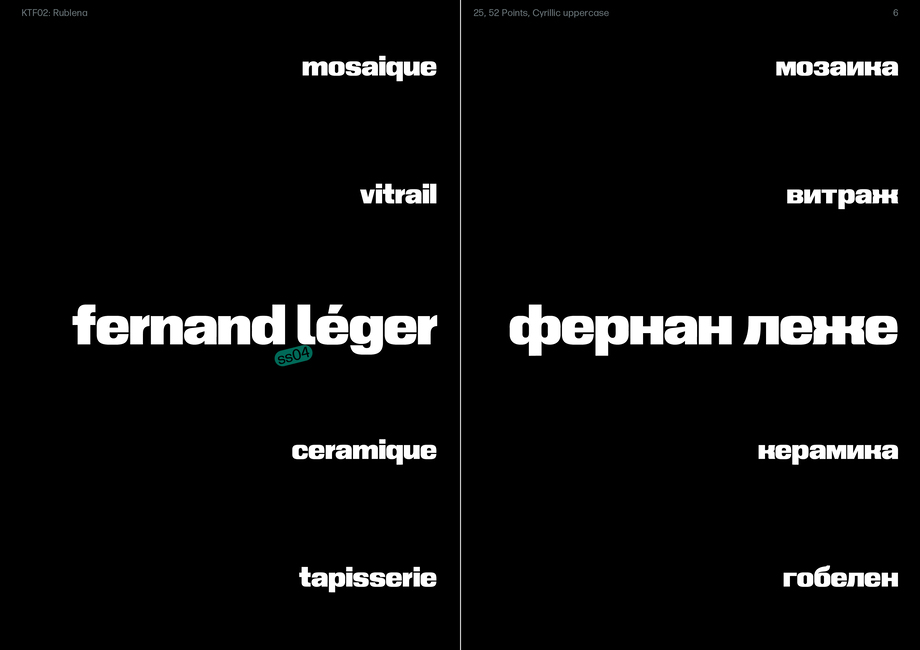 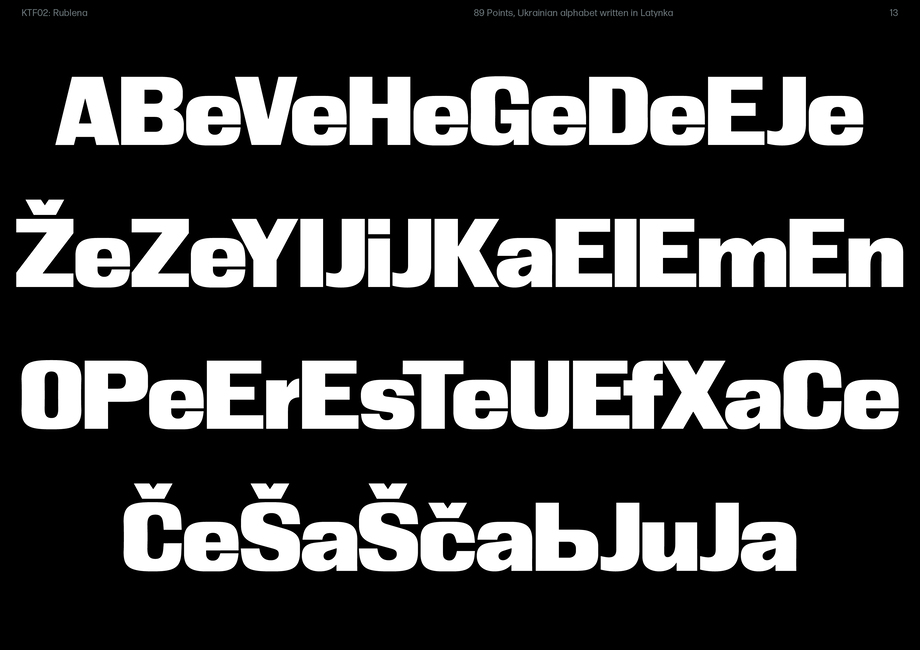 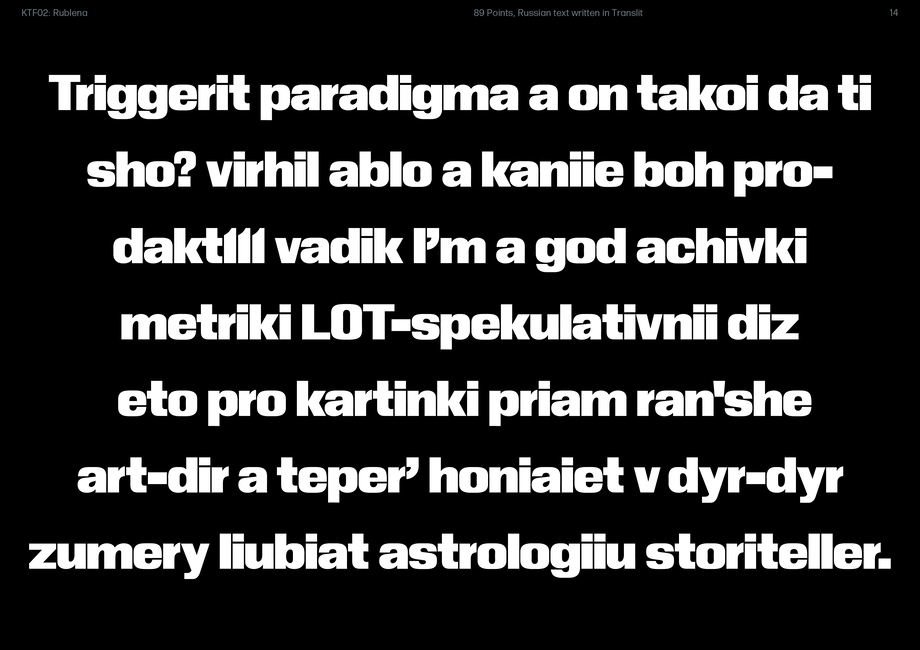 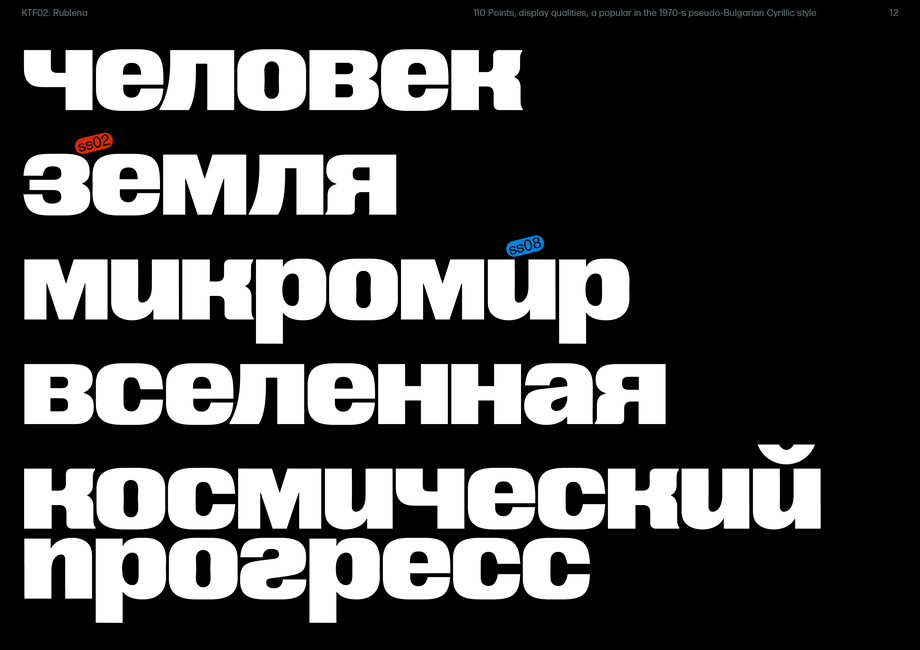 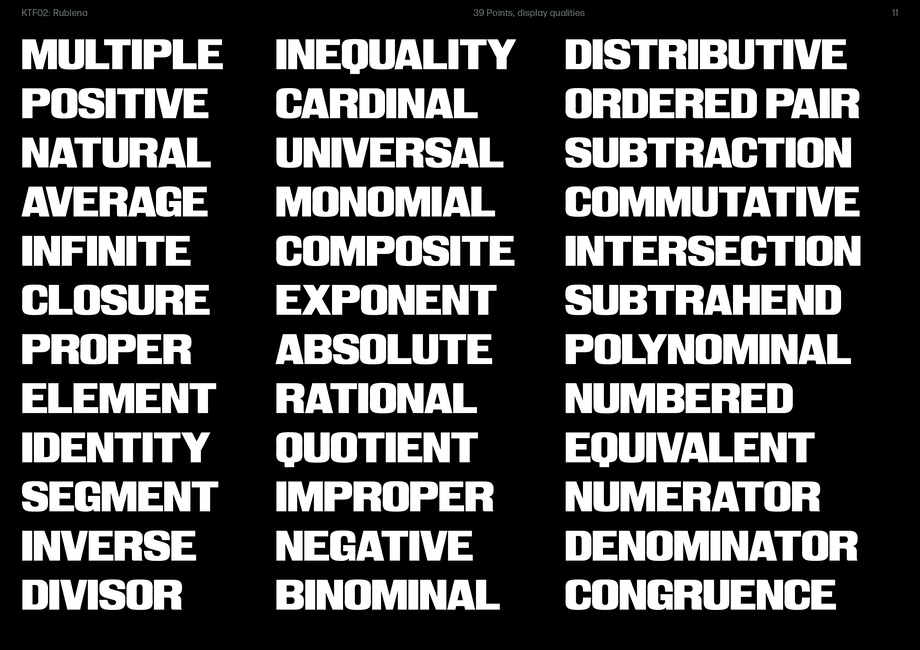