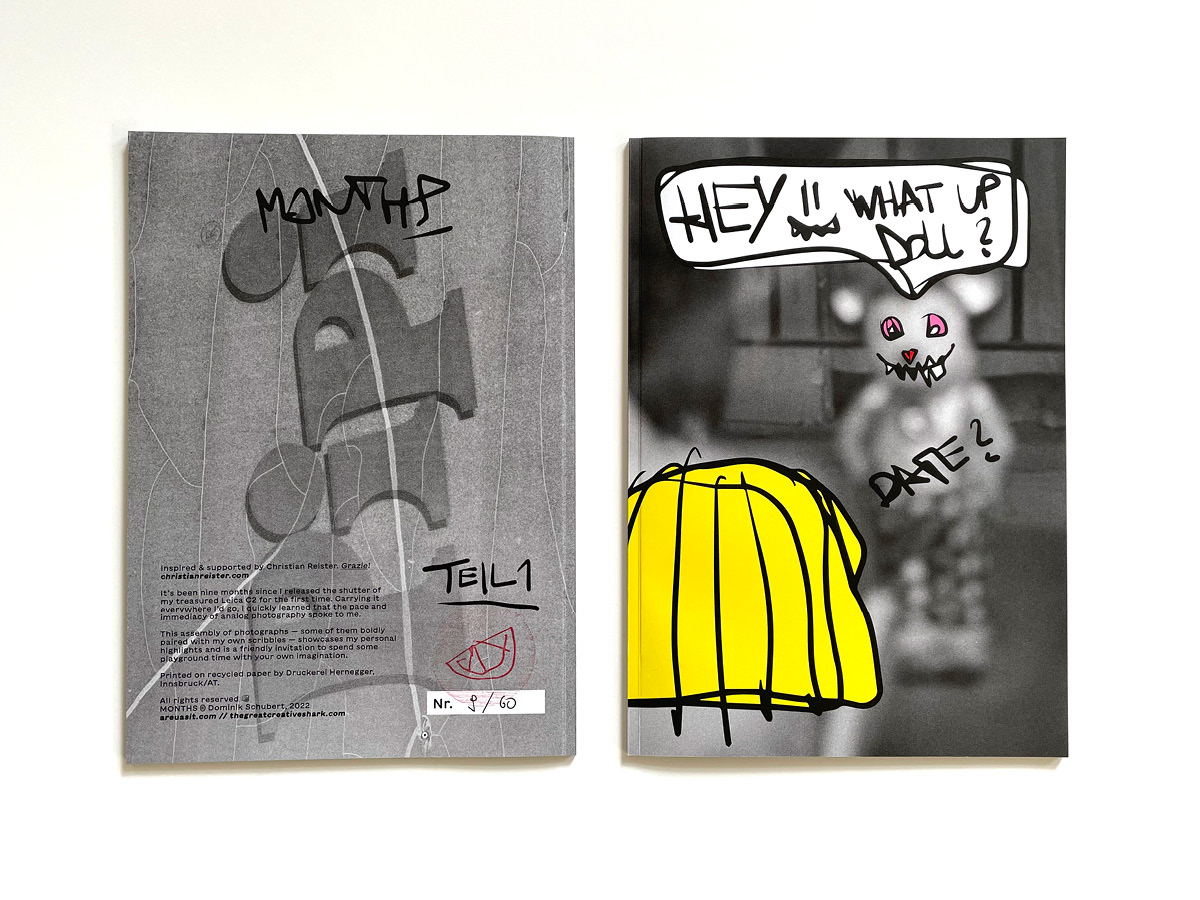 A Selection of Personal Analog Photography

Dominik Schubert’s latest project is called MONTHS, and it consists of a selection of his personal analog photography that he spiced up with some illustrations. The idea was to remind the viewers that a picture is never only what you can see on the surface. In times where photography has become so easily accessible and fast—sometimes more like a means to an end rather than the end—Dominik would like to invite people to take a few moments and see where their imagination takes them. He thinks we need that more than ever.

“It’s been nine months since I released the shutter of my treasured Leica C2 for the first time. Carrying it everywhere I’d go, I quickly learned that the pace and immediacy of analog photography spoke to me.”

This assembly of photographs—some of them boldly paired with his own scribbles—showcases his personal highlights and is a friendly invitation to spend some playground time with your own imagination.

Some pages come with the photo and illustration as one unit, others are a little more playful where the illustration was printed on transparent paper.

The magazine was printed on recycled paper in Austria. It costs 30.– Euro. At the moment MONTHS is available on Dominik’s HP, at Supalife Kiosk in Berlin, Walter-König-MQ in Vienna, Never-Stop-Reading in Zürich, and at BTWNLNS in Sydney. 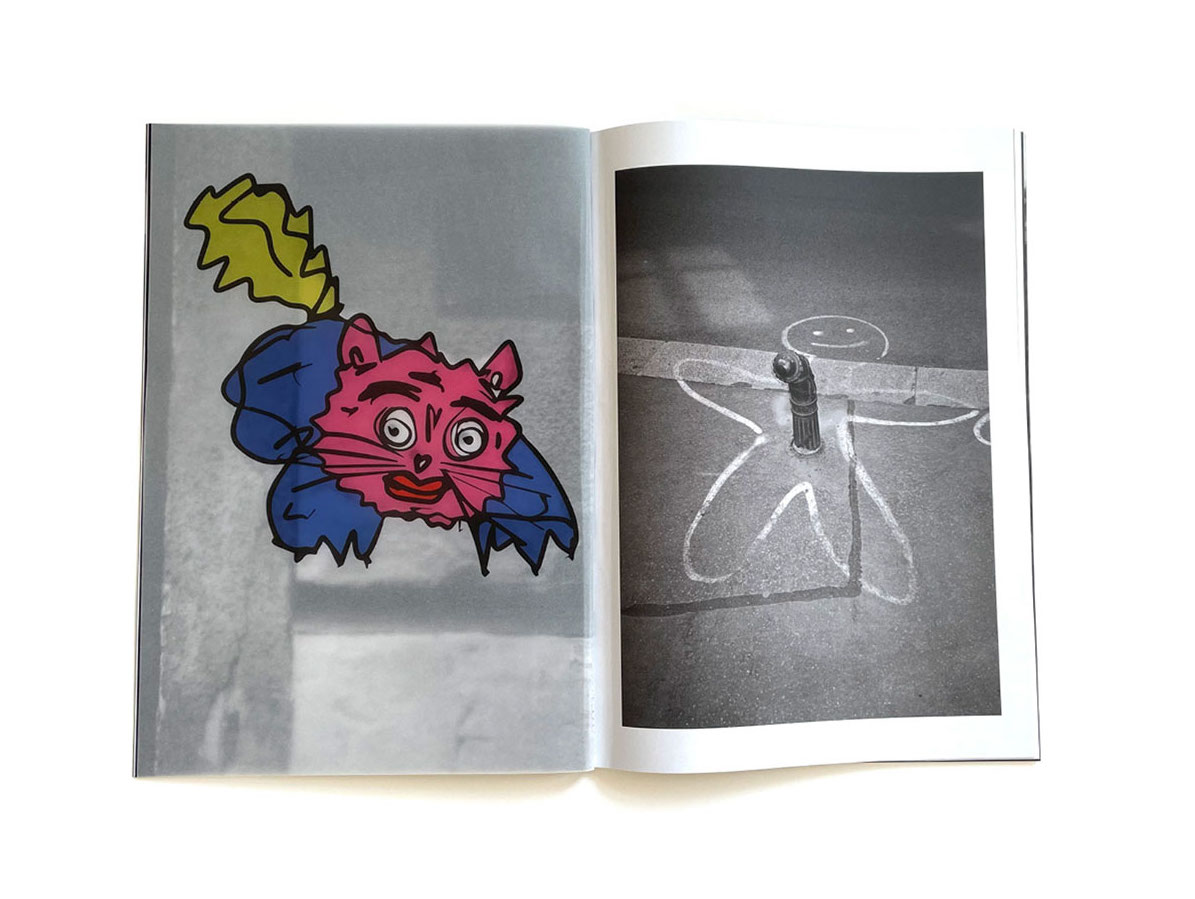 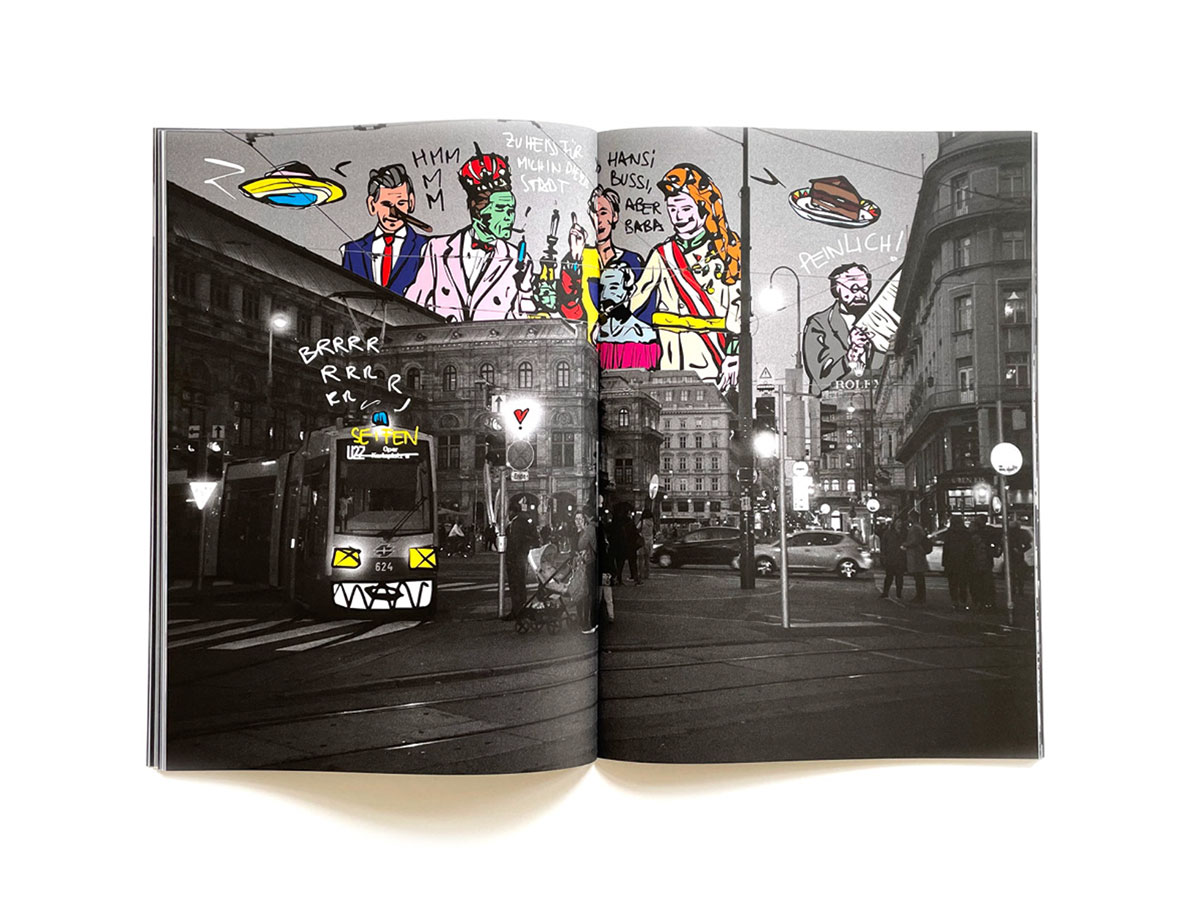 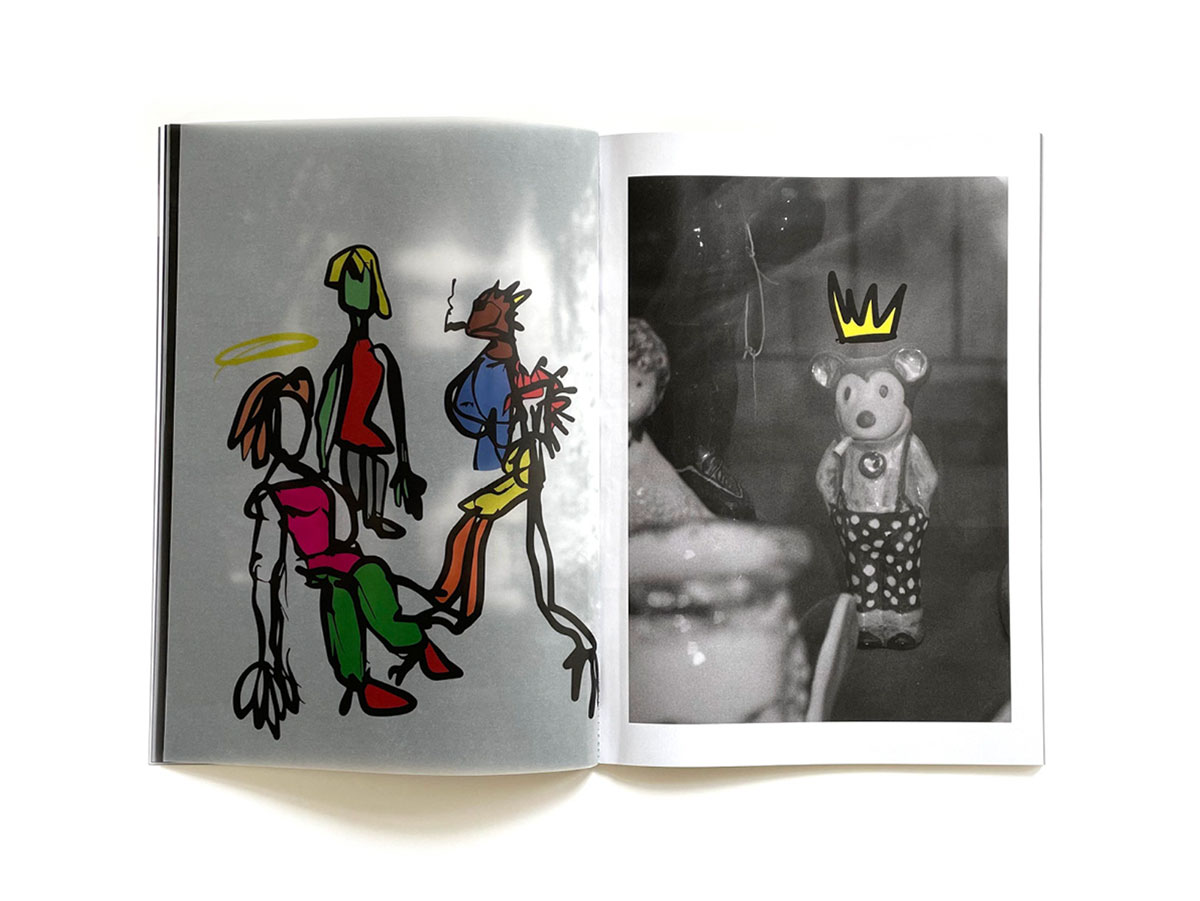 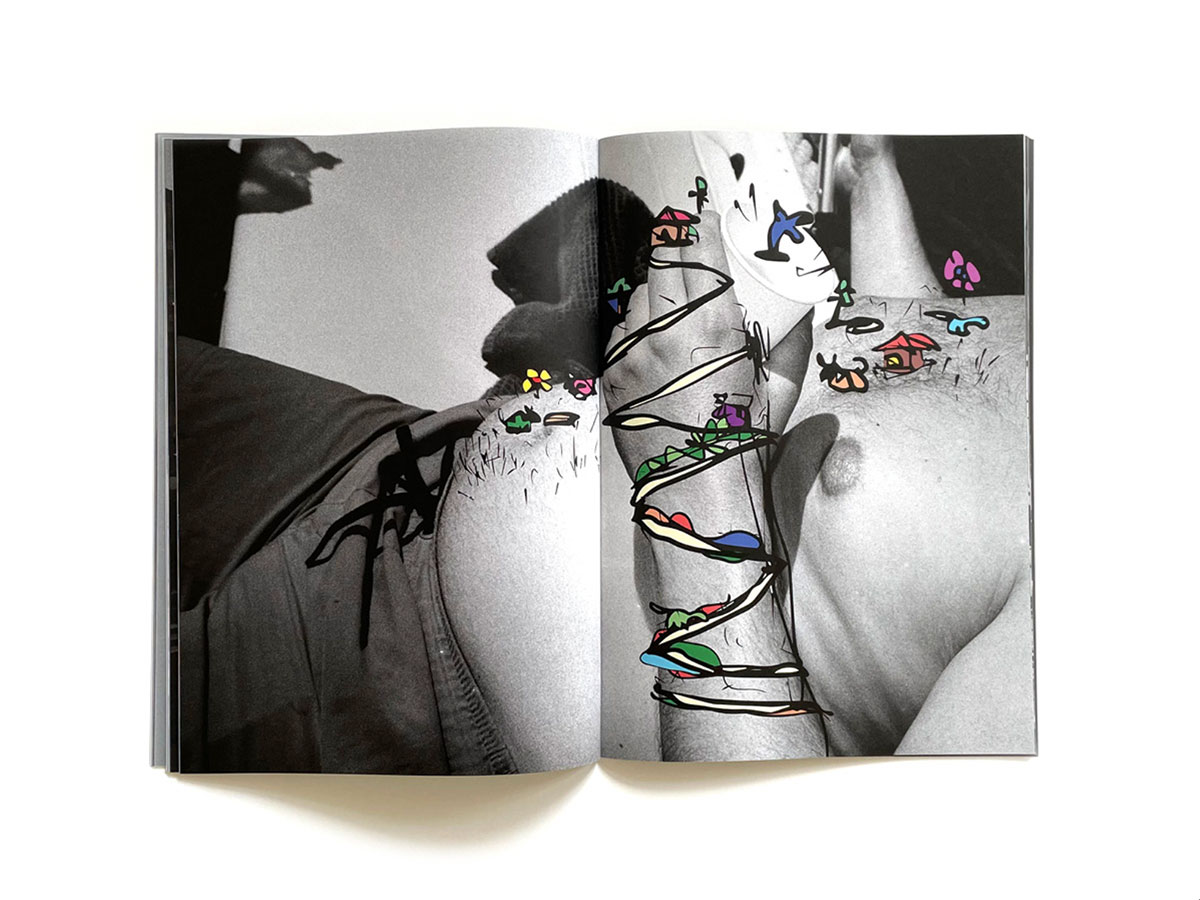 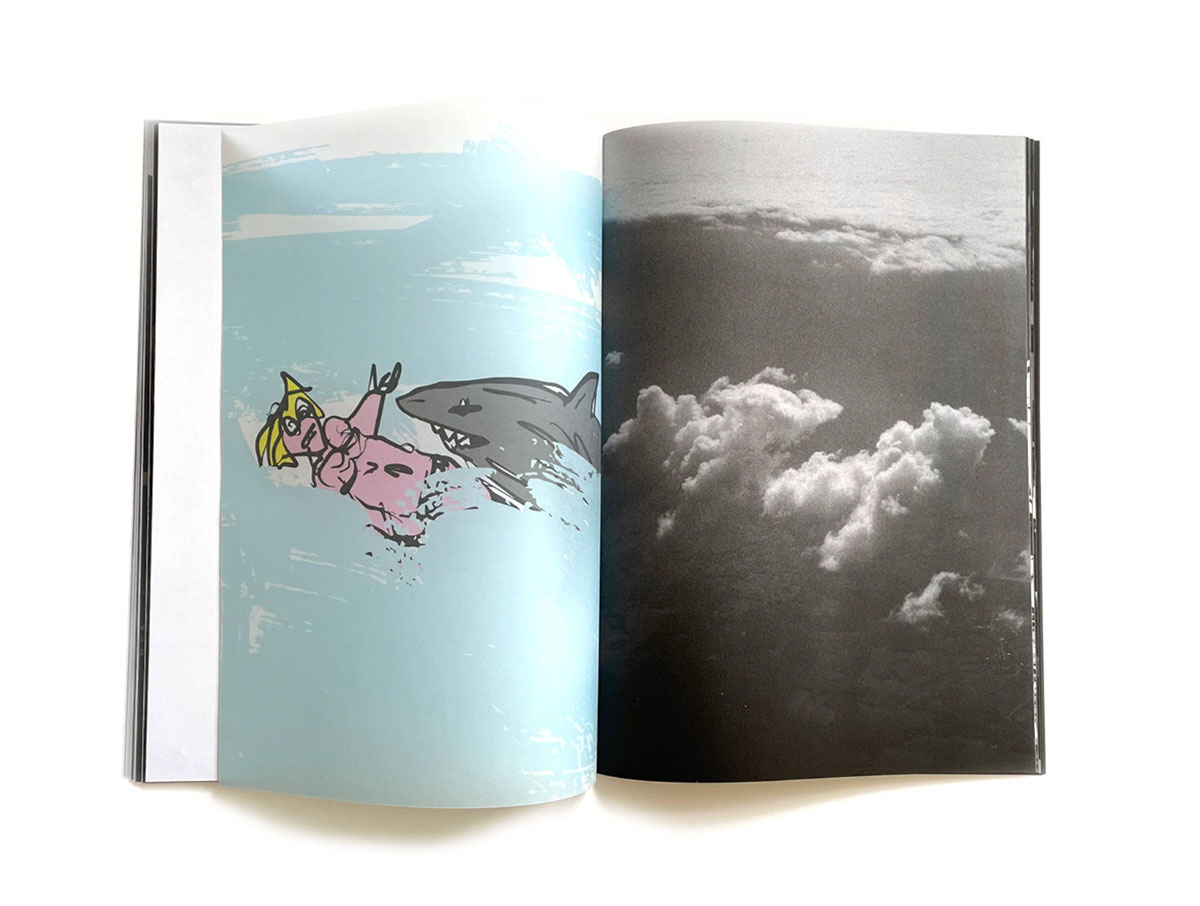