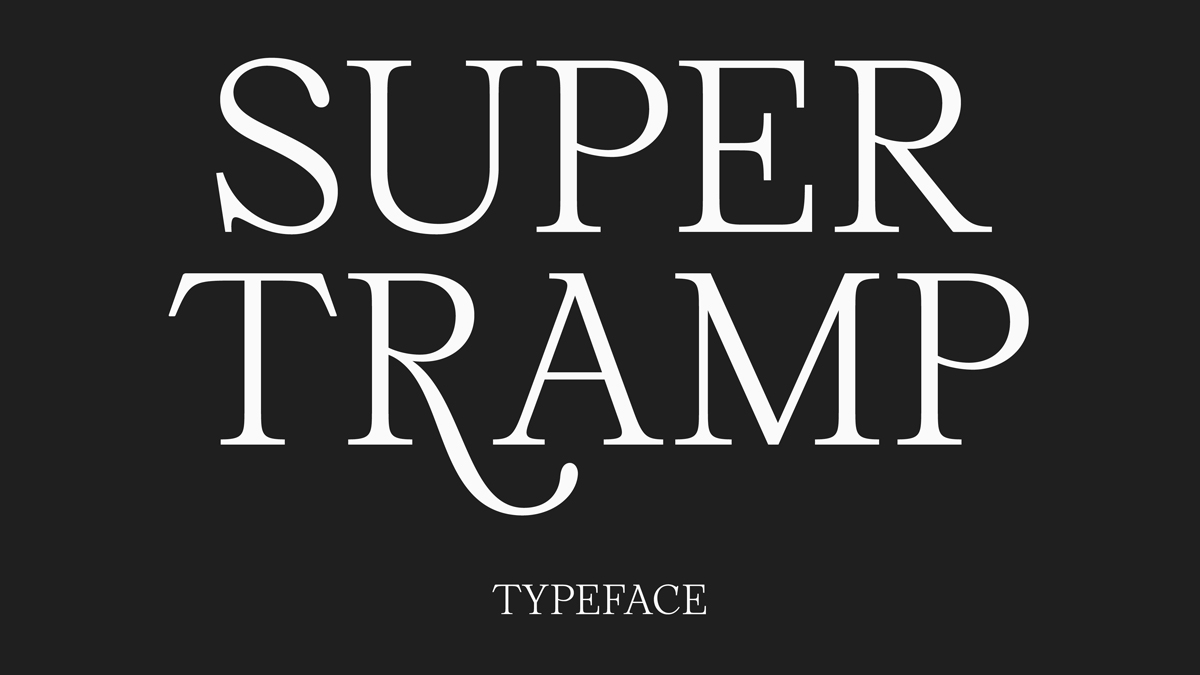 The typeface Super Tramp by Vivian Dehning is a serif font, which pridefully takes up space with wide letterforms, generous tracking, and lively, multifaceted swashes. The idea behind the concept is to reflect diverse characters and identities as well as to encourage the dismantling of biases.

With its round and smooth as well as angular and sharp shapes contrasts complement and support each other to come together as confident characters and build a joyful group as a whole.

Super Tramps’ glyph set offers several types of swashes to express diverse attributes. Extrovert, introvert, and everything in between or beyond; every character has a right to exist and be given space as well as acceptance. Vivian states, that because language is fluid and builds our realities, values like respect and empathy should be carried in communication—through words, appearance and actions. She designed Super Tramp as a response to those values.

The typeface comes with eleven variations for the asterisk glyph. In languages like German the so-called “Gendersternchen” is one way to communicate gender inclusive terms.

An OpenType feature is provided for the letters A/a and E/e: They are assigned to an asterisk for people who like using terms like wom*n or hum*n for themselves to safe some time here or there in practice. Super Tramp includes 572 glyphs, 65 stylistic alternates, and 23 ligatures. You can get a 80% discount if you use the font for projects on social, animal, and climate justice. 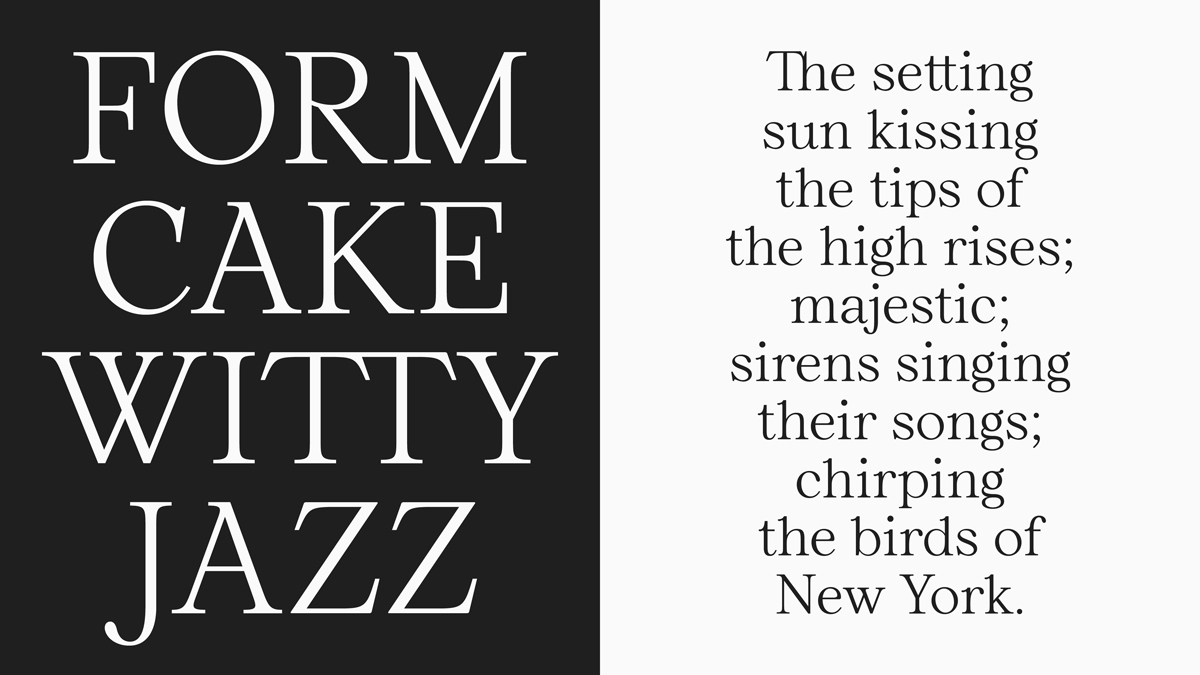 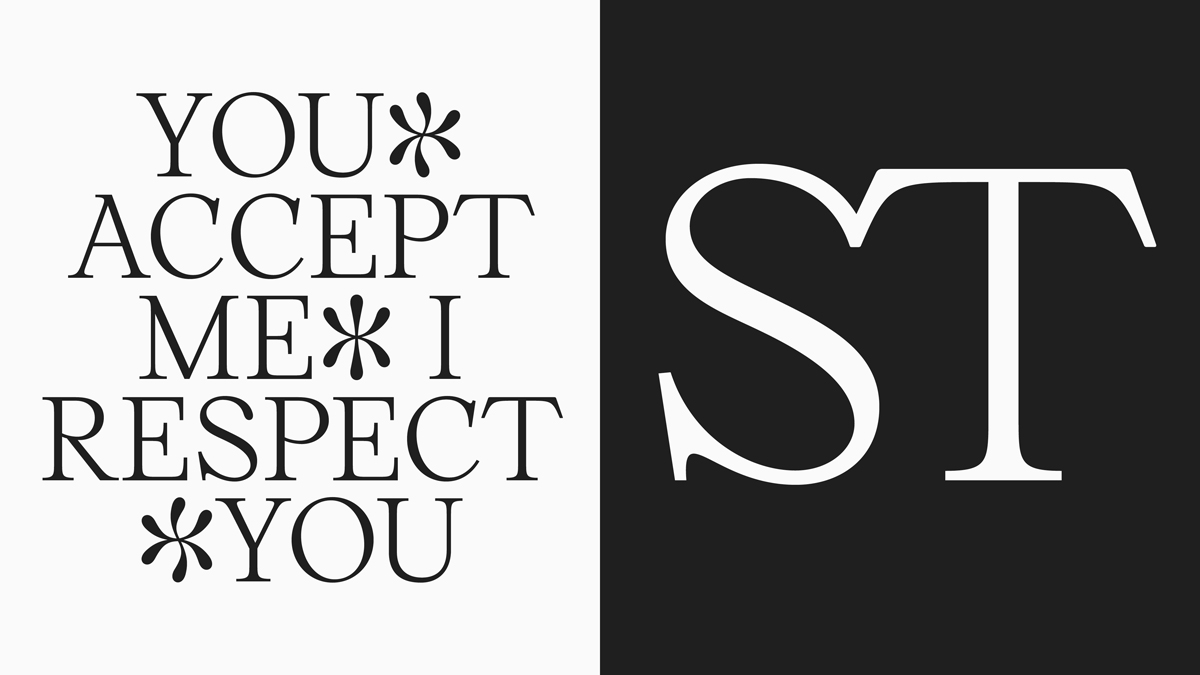 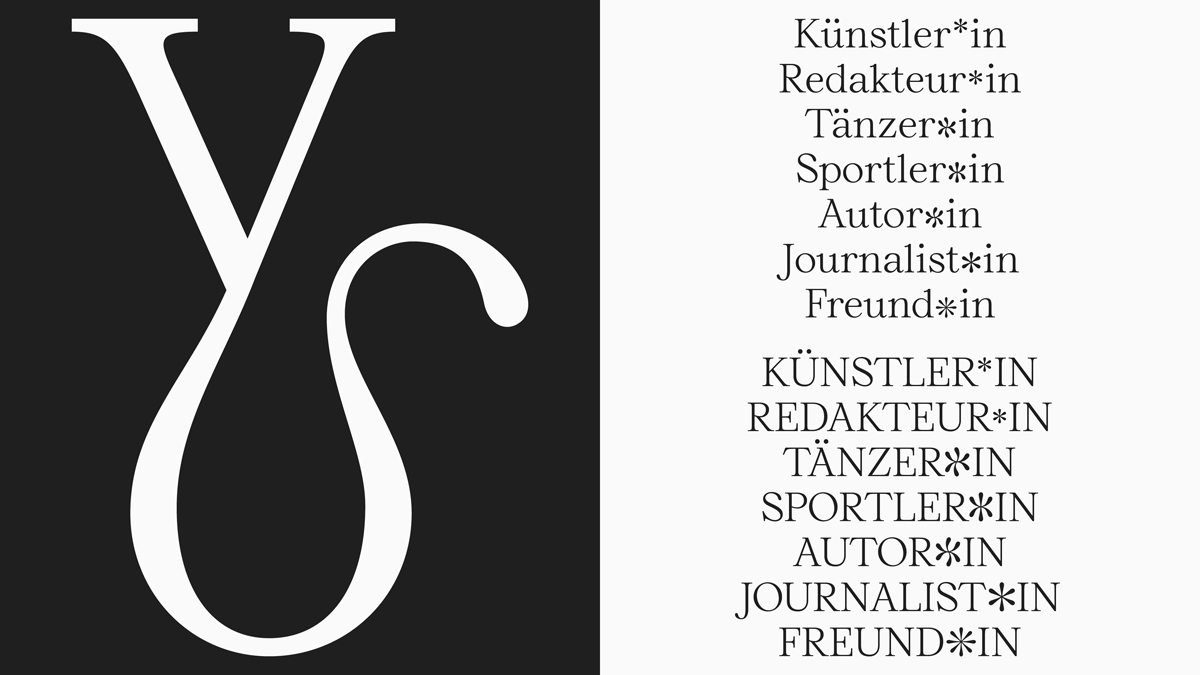 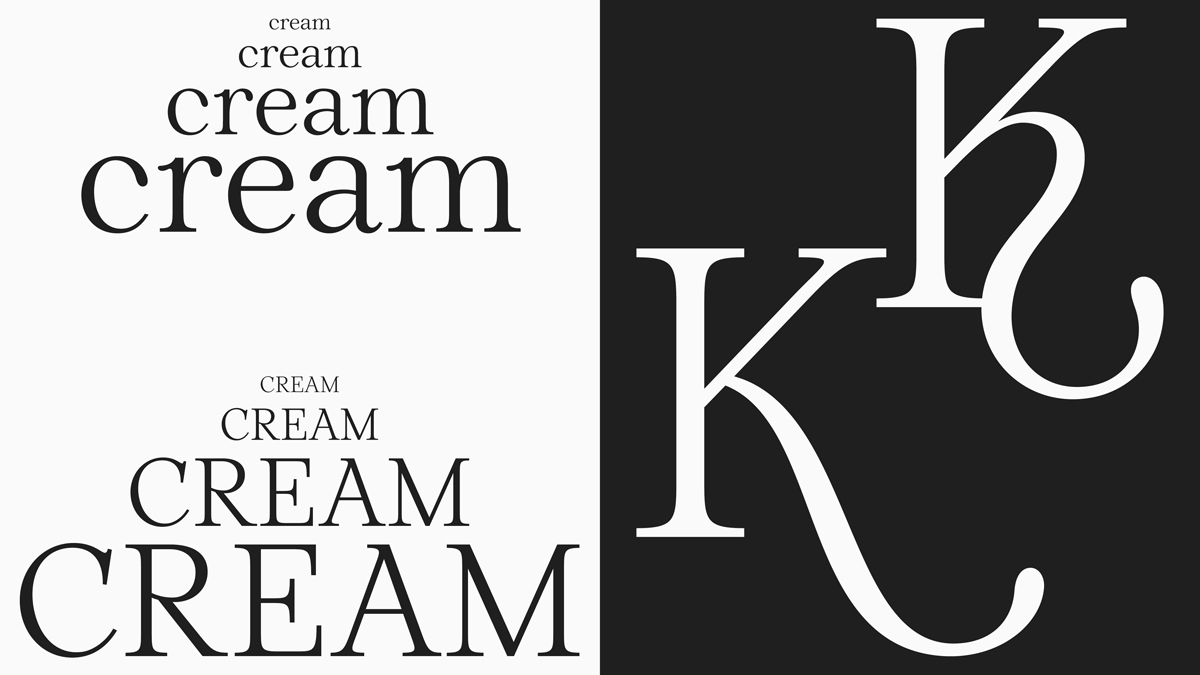 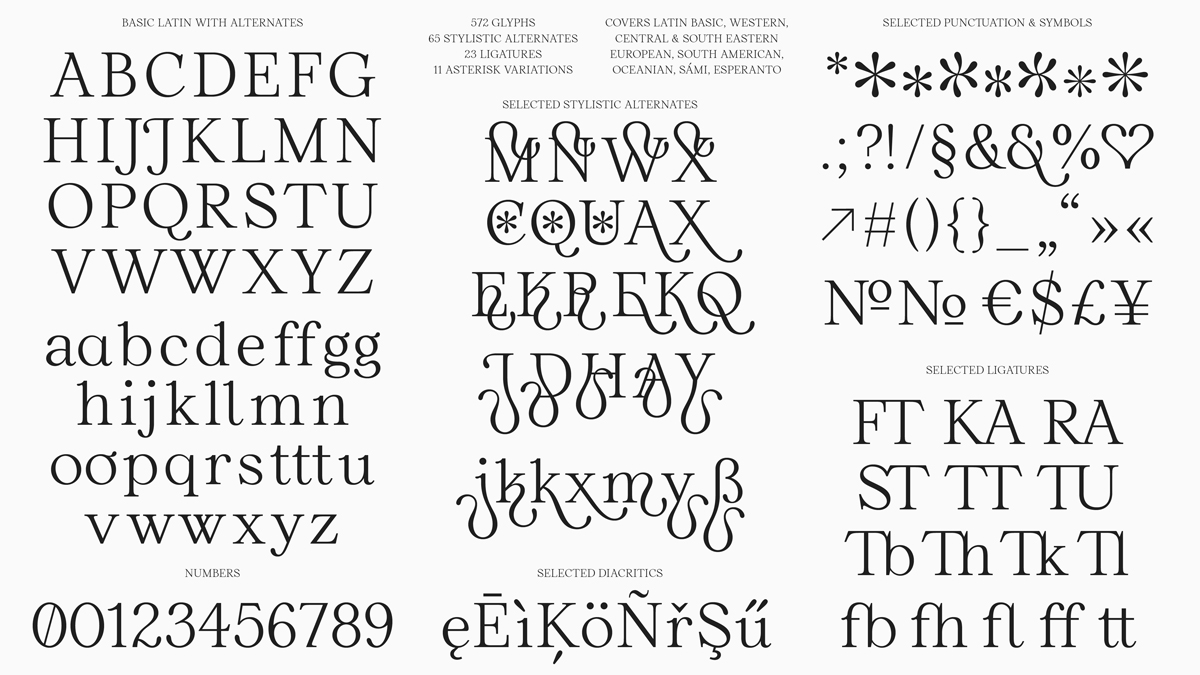 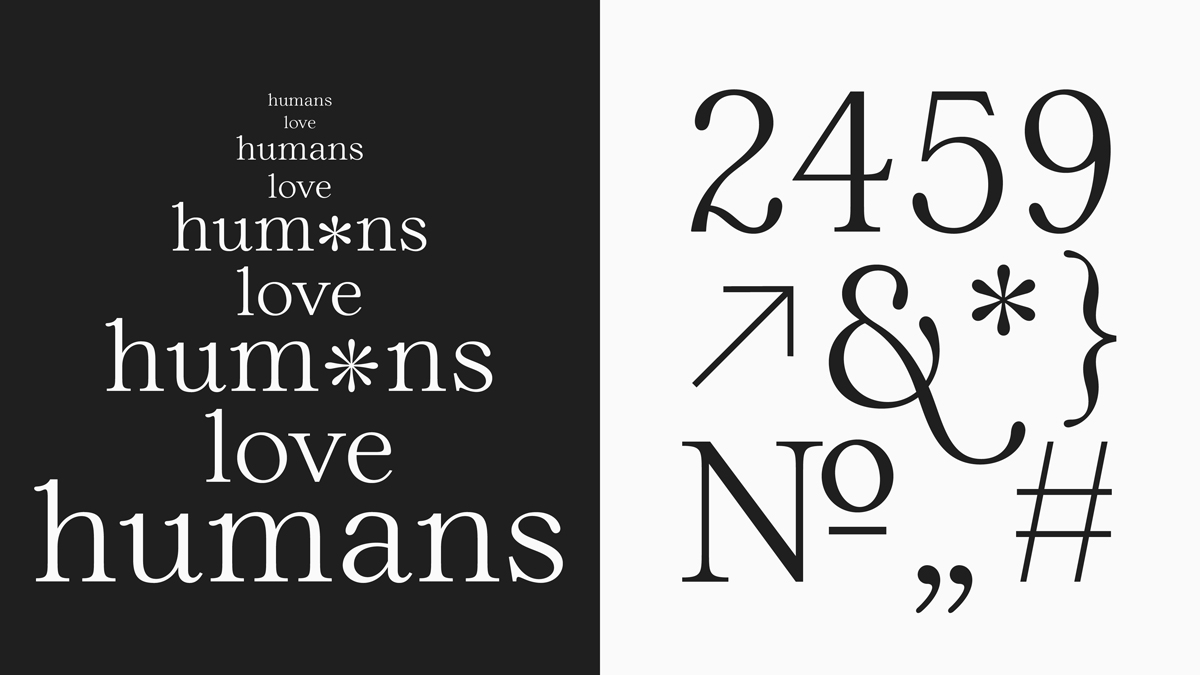 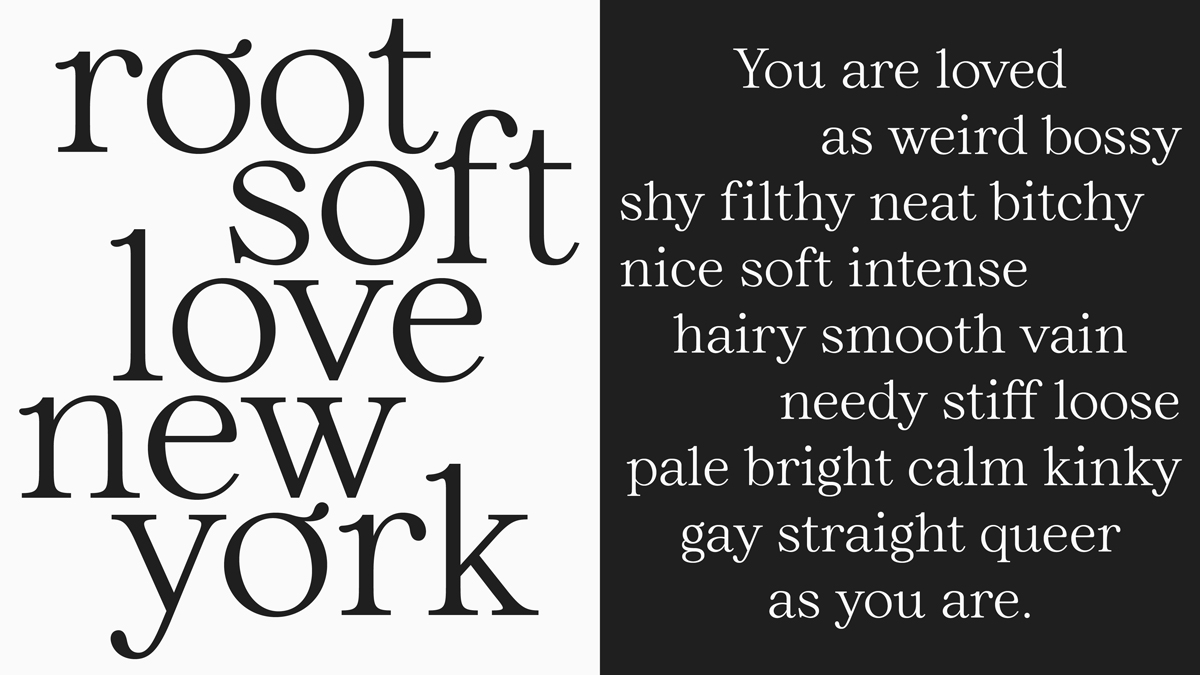 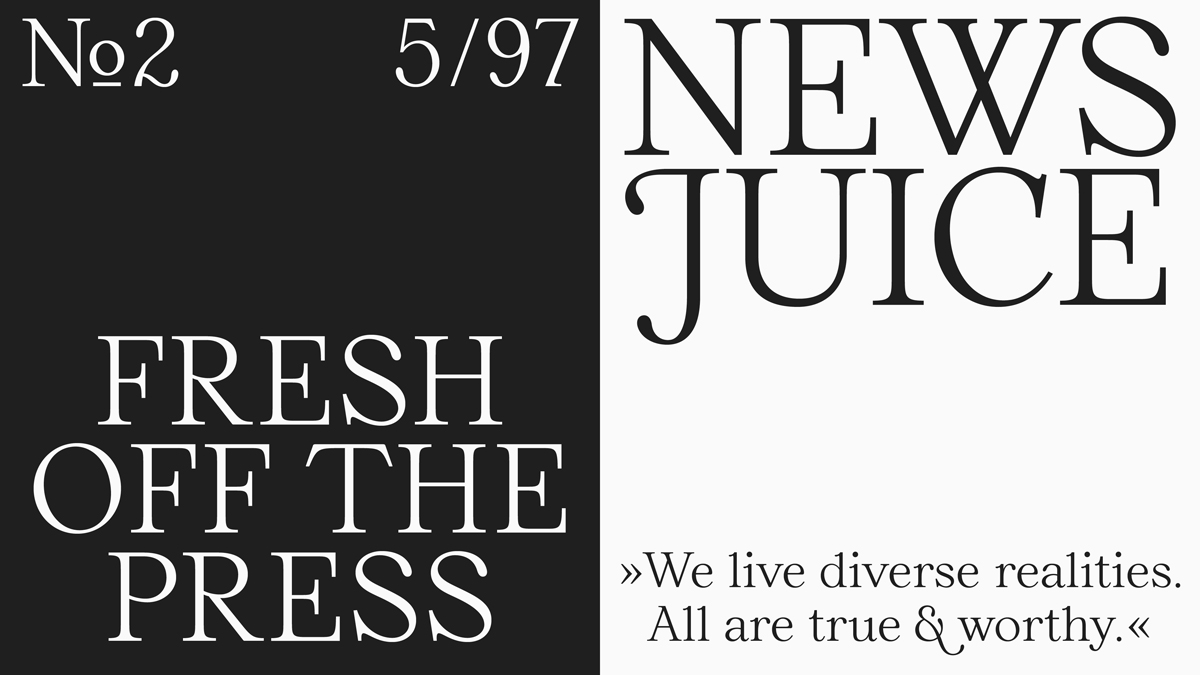 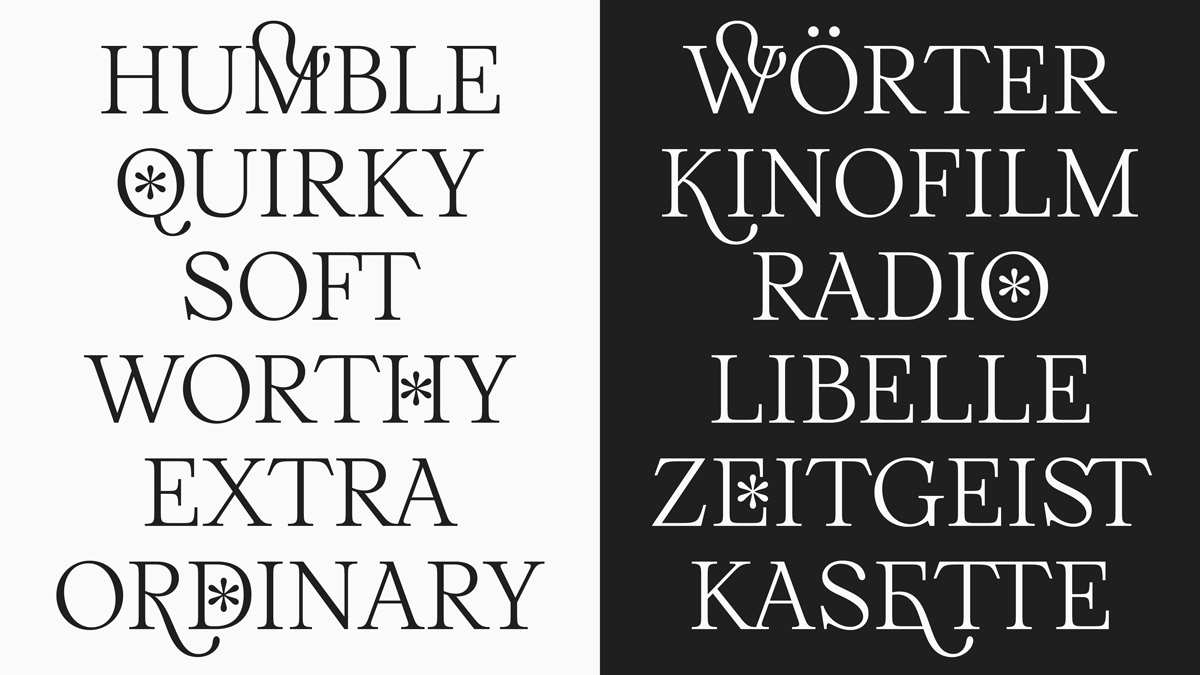