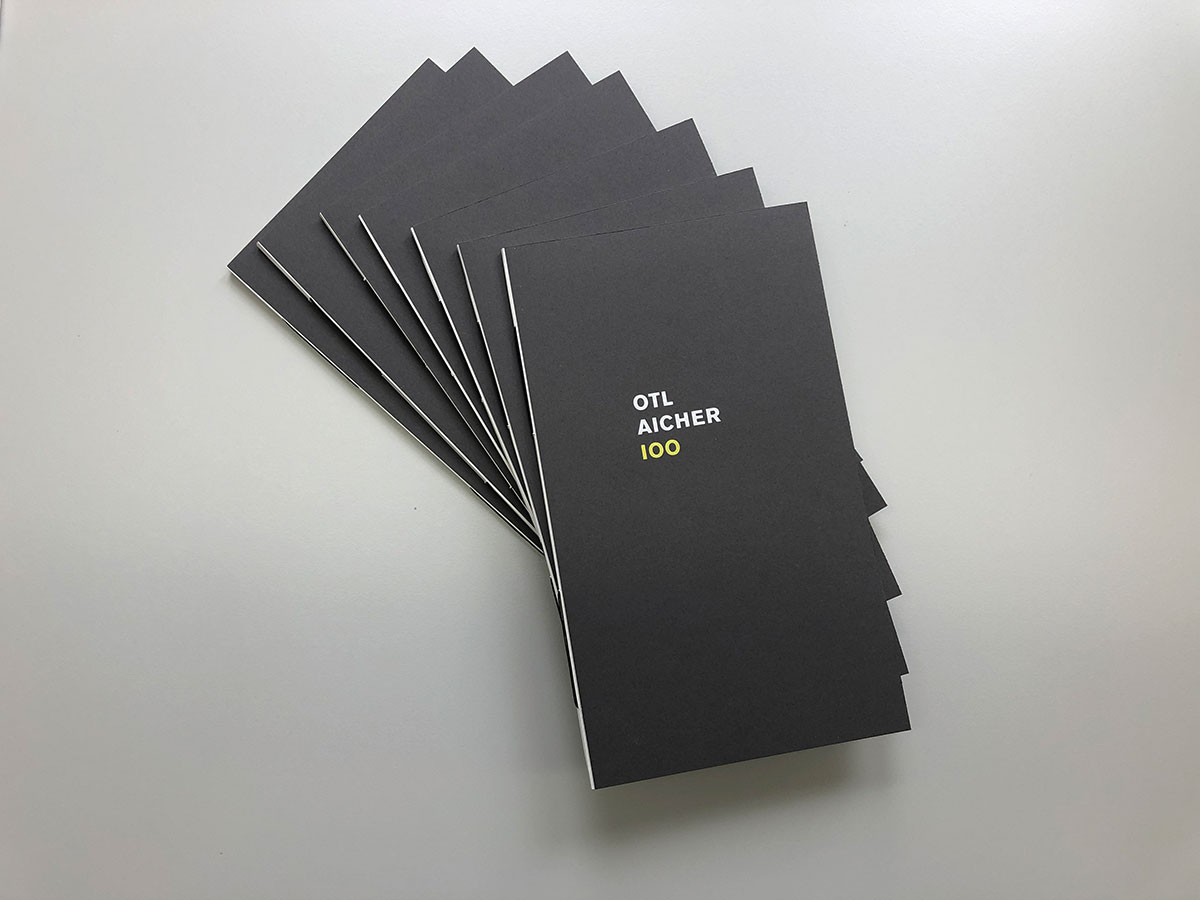 In a Special Bibliophile Edition

To commemorate the great thinker and designer Otl Aicher—who would have celebrated his 100th birthday this year—the Design Department of the University of Applied Sciences Niederrhein has published a limited edition of his typographie und bürgerliche freiheit text (typography and civil freedom) in its designkrefeld edition series.

“Not only was Otl Aicher one of the outstanding designers of the post-war era, he also wrote numerous texts and prepared several books. With our publication, we want to provide anyone interested in design and history an entertaining introduction to Aicher’s writing, as it still has a great degree of social relevance today.”

As Prof. Gummert-Hauser explains, “it was not easy to select just one text from this multifaceted person. We chose ‘typographie und bürgerliche freiheit,’ which first appeared in his 1988 book typografie. It not only identifies Otl Aicher as a designer or author of specialist texts but also shows his holistic thinking and fundamental attitude towards society and politics. The text does justice to the quarrelsome and contradictory personality of the Swabian, for whom even the use of upper and lowercase letters was a political matter.”

Shaped by his youth under National Socialism and his close ties to the Scholl family, Aicher was imprisoned for the first time in 1937 after he refused to join the Bundische Jugend. Throughout his life, Aicher was suspicious of the state as a powerful institution. Because he did not join the Hitler Youth, he was not admitted to the school-leaving exam in 1941. In 1942, he was drafted into the Wehrmacht, which took him to the Soviet Union and France. He deserted in 1945. “We came home from the war and were supposed to work on aesthetics at the academy, for the sake of aesthetics,” Aicher wrote. “That was no longer possible.” After the war, he dedicated himself to building democracy. When Inge Scholl—Hans and Sophie Scholl’s sister—founded an adult education center in Ulm, he supported her. They were married in 1952. The plan to establish a “college of design” began to unfold in 1947. The legendary hfg building complex on the Kuhberg in Ulm—designed by Max Bill—saw its first West German and international students in 1955.

Otl Aicher 100—typographie und bürgerliche freiheit is a small bibliophile publication. It begins with a biography of Aicher and is designed and hand-set by Nora Gummert-Hauser. Together with the print workshop team at Frankenring, it was lovingly letterpress, silkscreen, and digitally printed before being hand-bound in a limited edition of 100. Luckily, designkrefeld was supported by another luminary from the field of design. From the inexhaustible fund of his Berlin printing gallery, Erik Spiekermann lent them the umlaut characters that were missing from their Akzidenz-Grotesk foundry-type font. And if you look closely, you’ll notice which pages were printed first, when those were missing!

For Aicher, the professional was inextricably linked with the social. His demands on himself, his environment, his team, and his customers were high. We recommend everyone interested in design, architecture, and history read the far-reaching thinker, pioneer, and mediator Aicher. Not only on the anniversary of his birth.

Watch a small tidbit from the publication here. 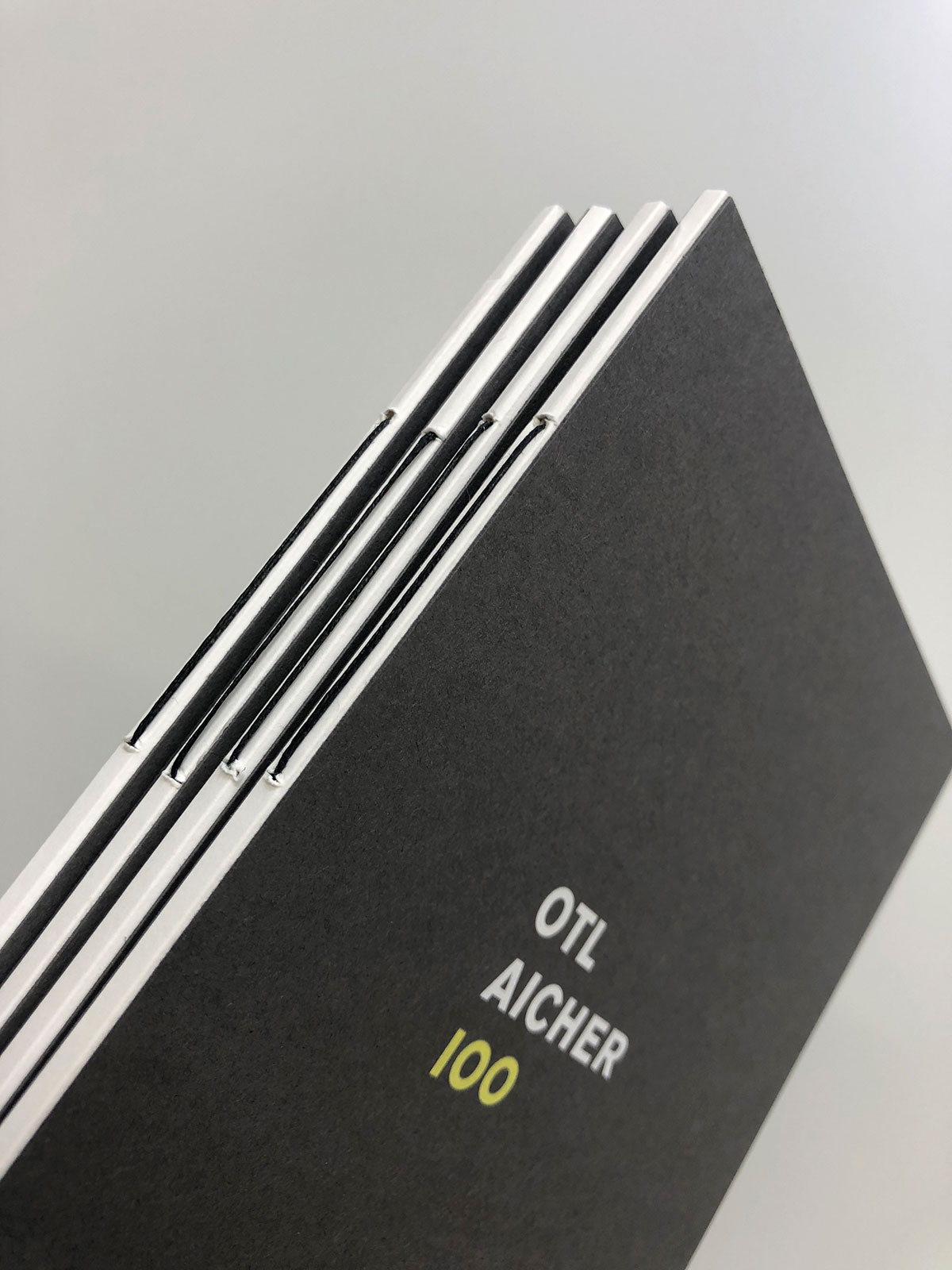 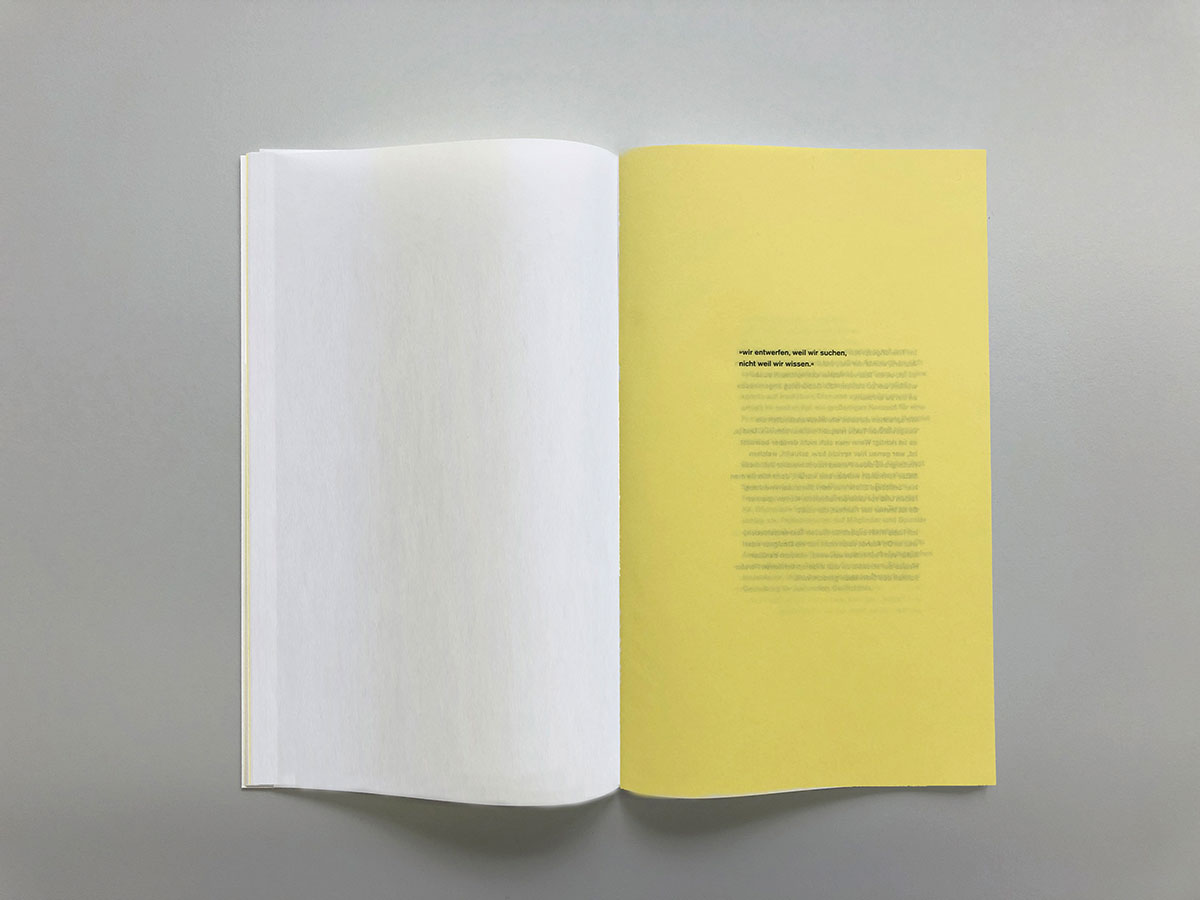 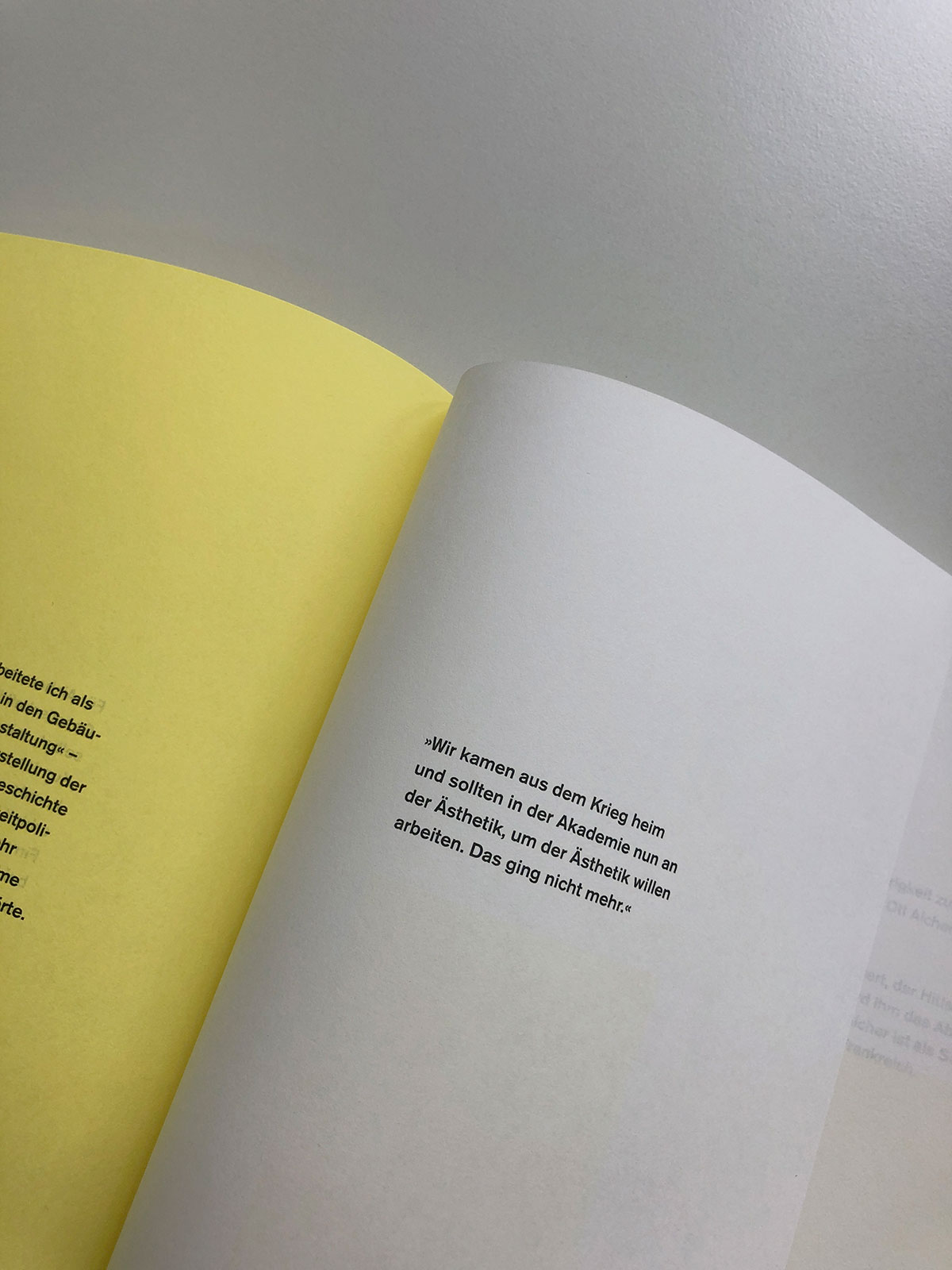 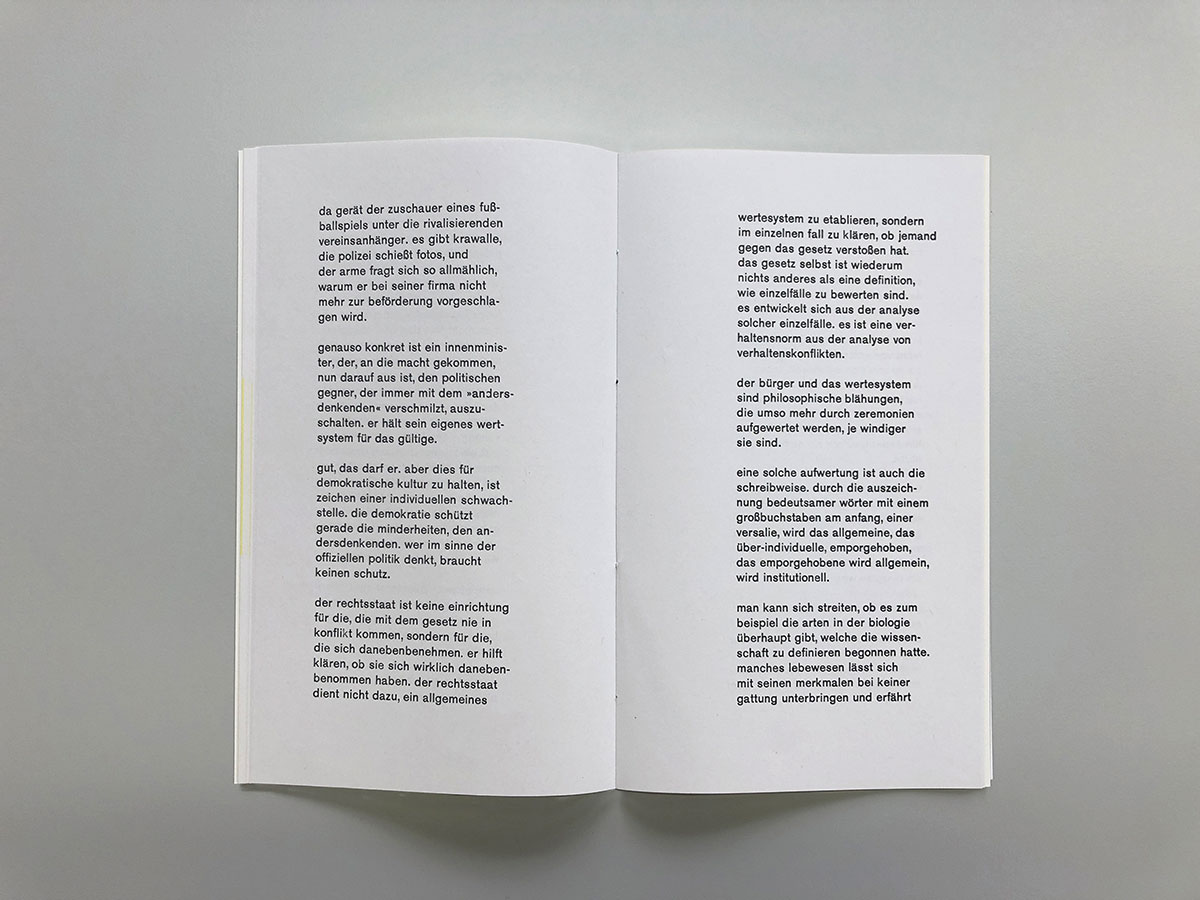 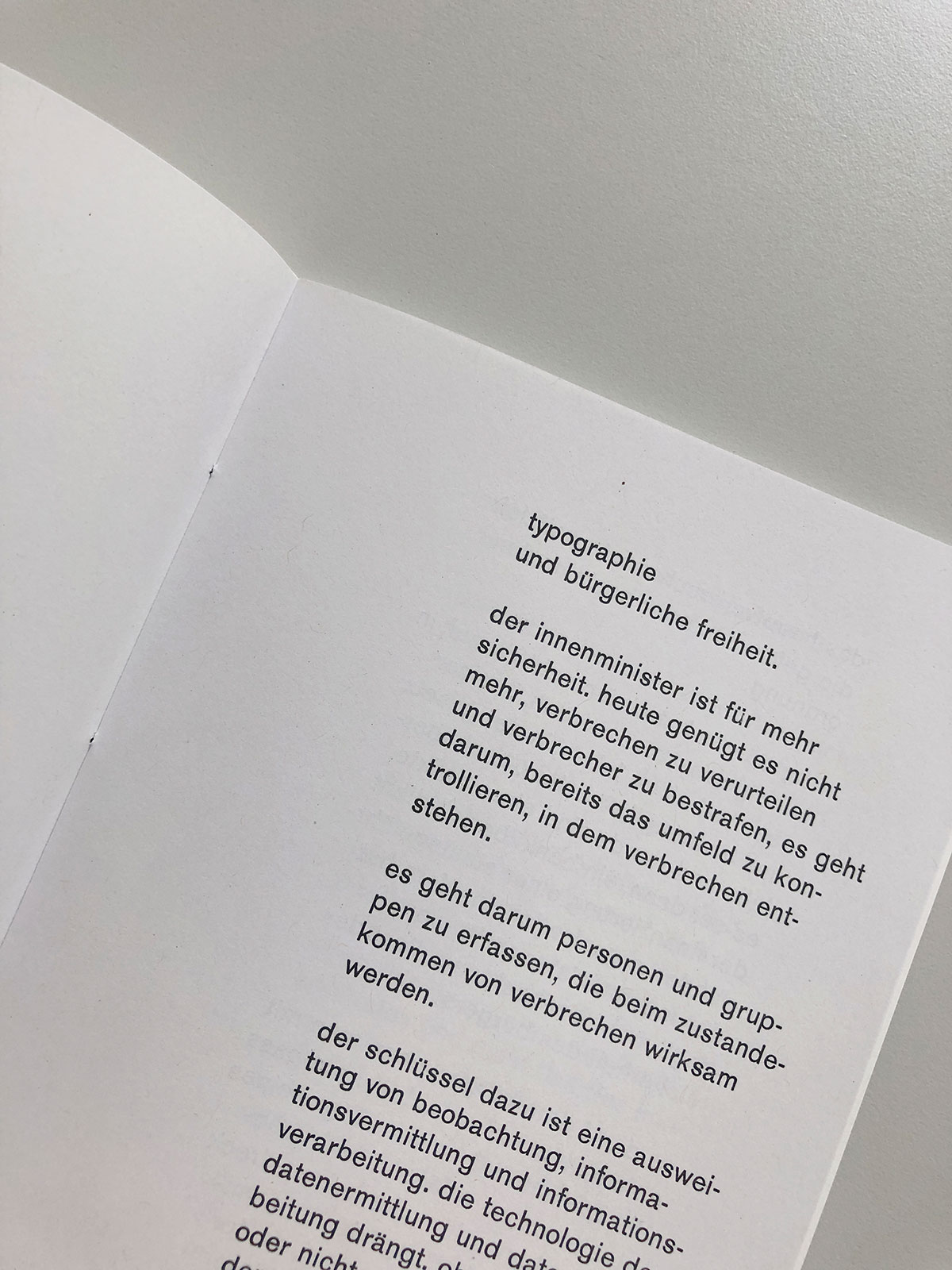 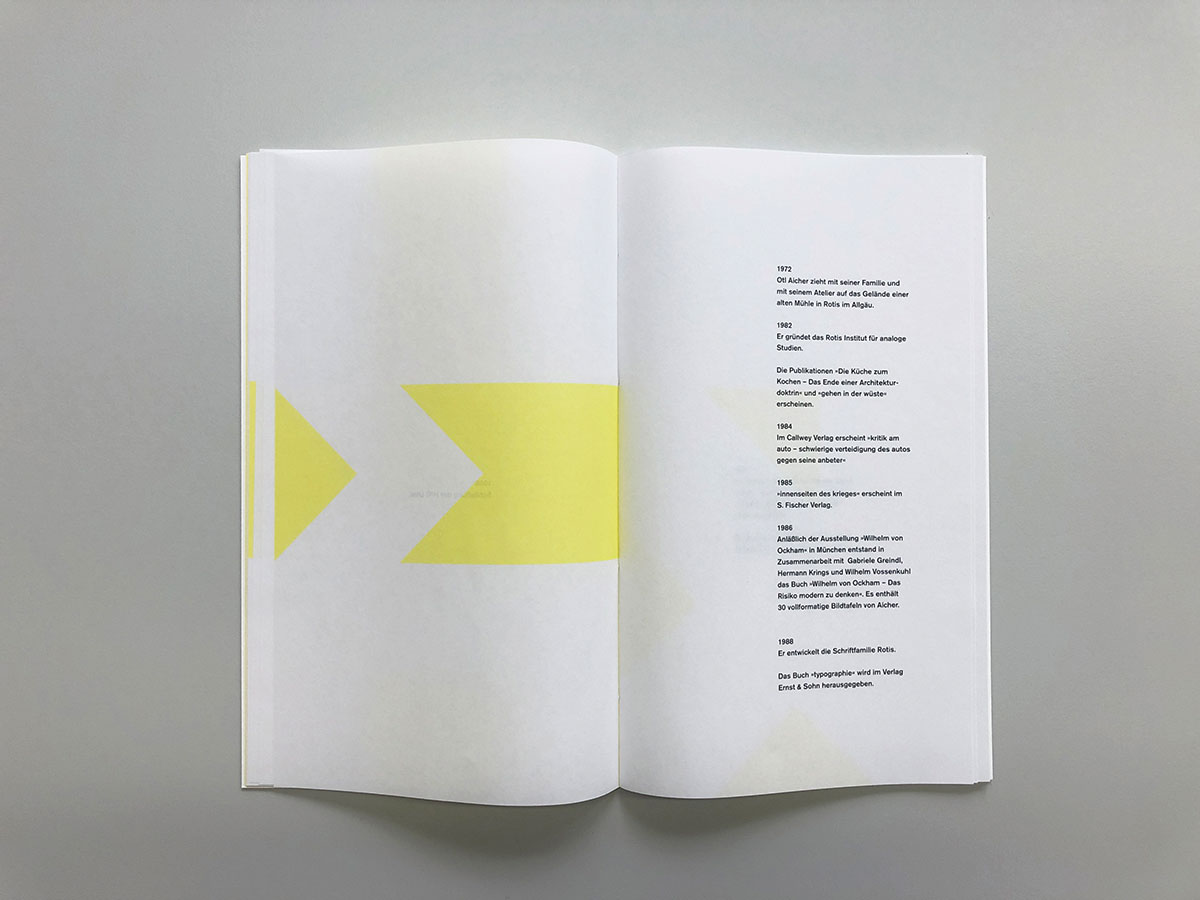 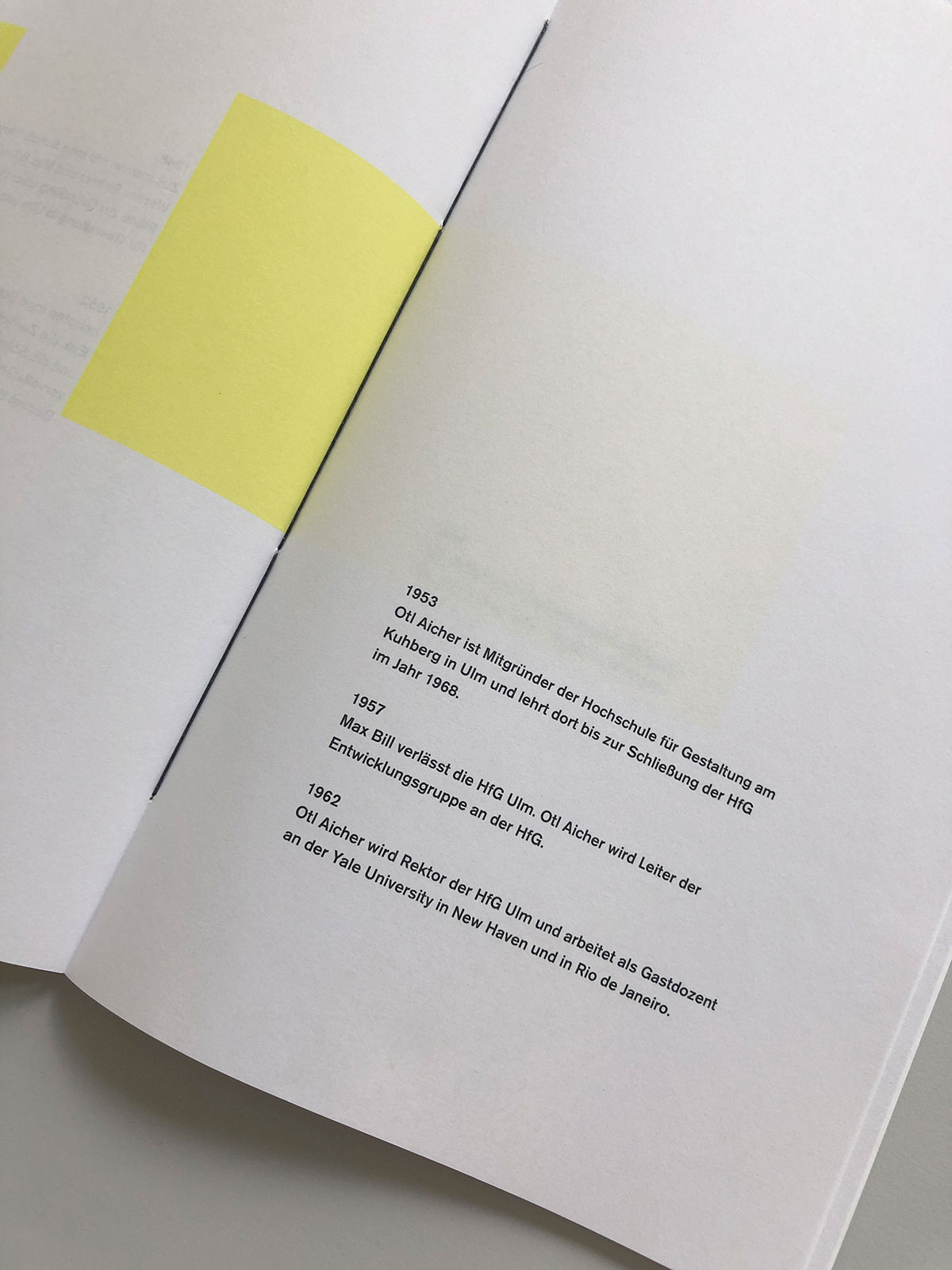 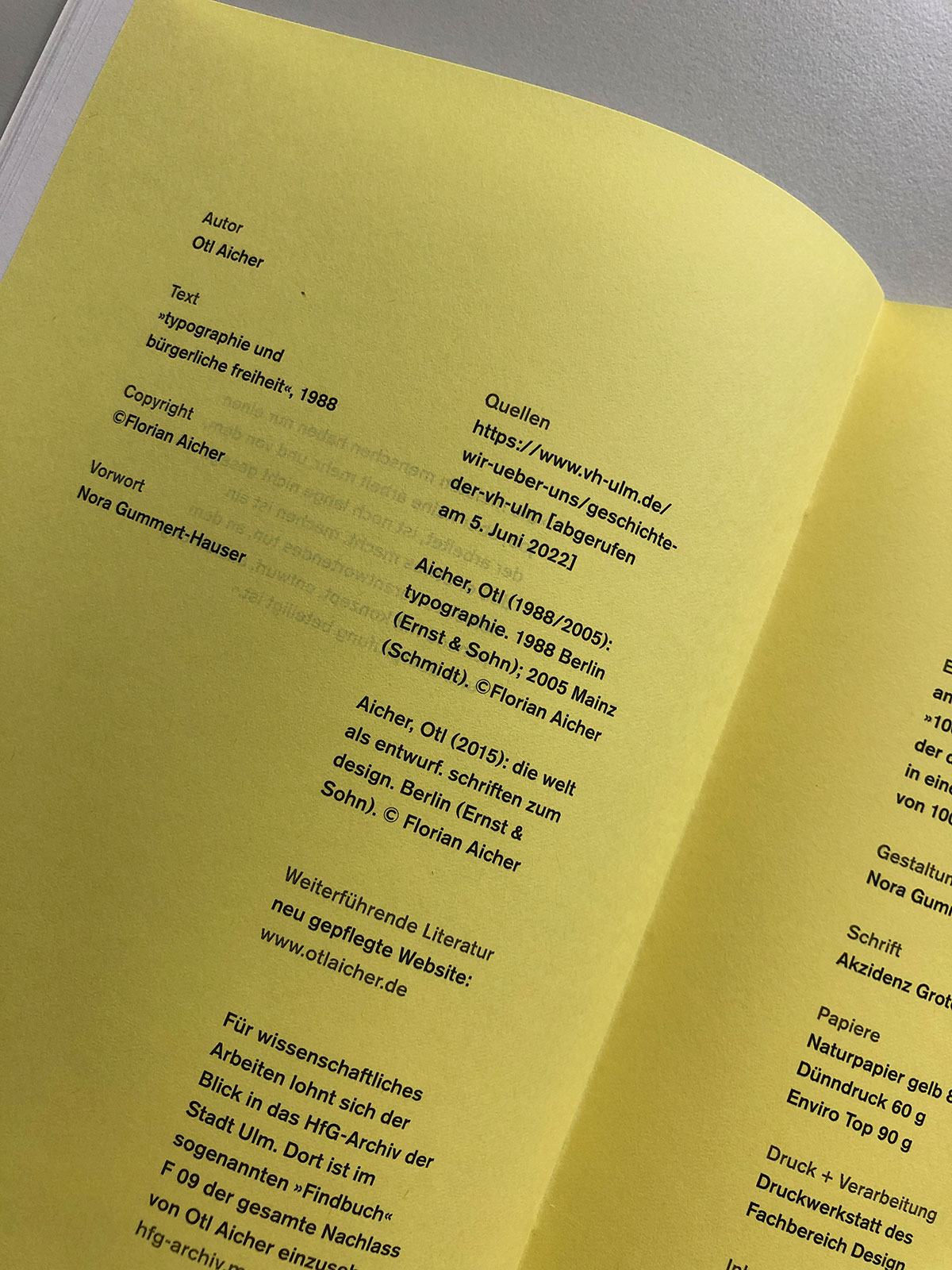 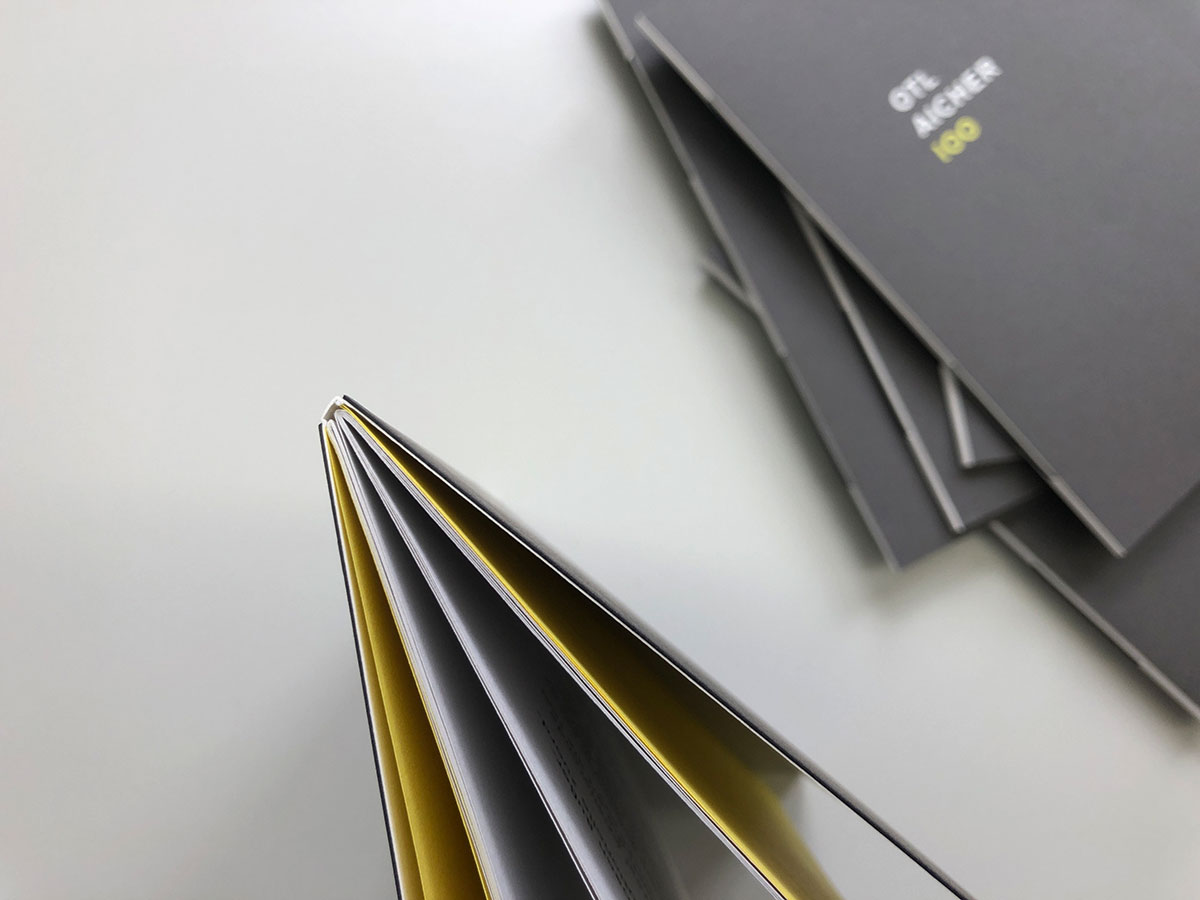 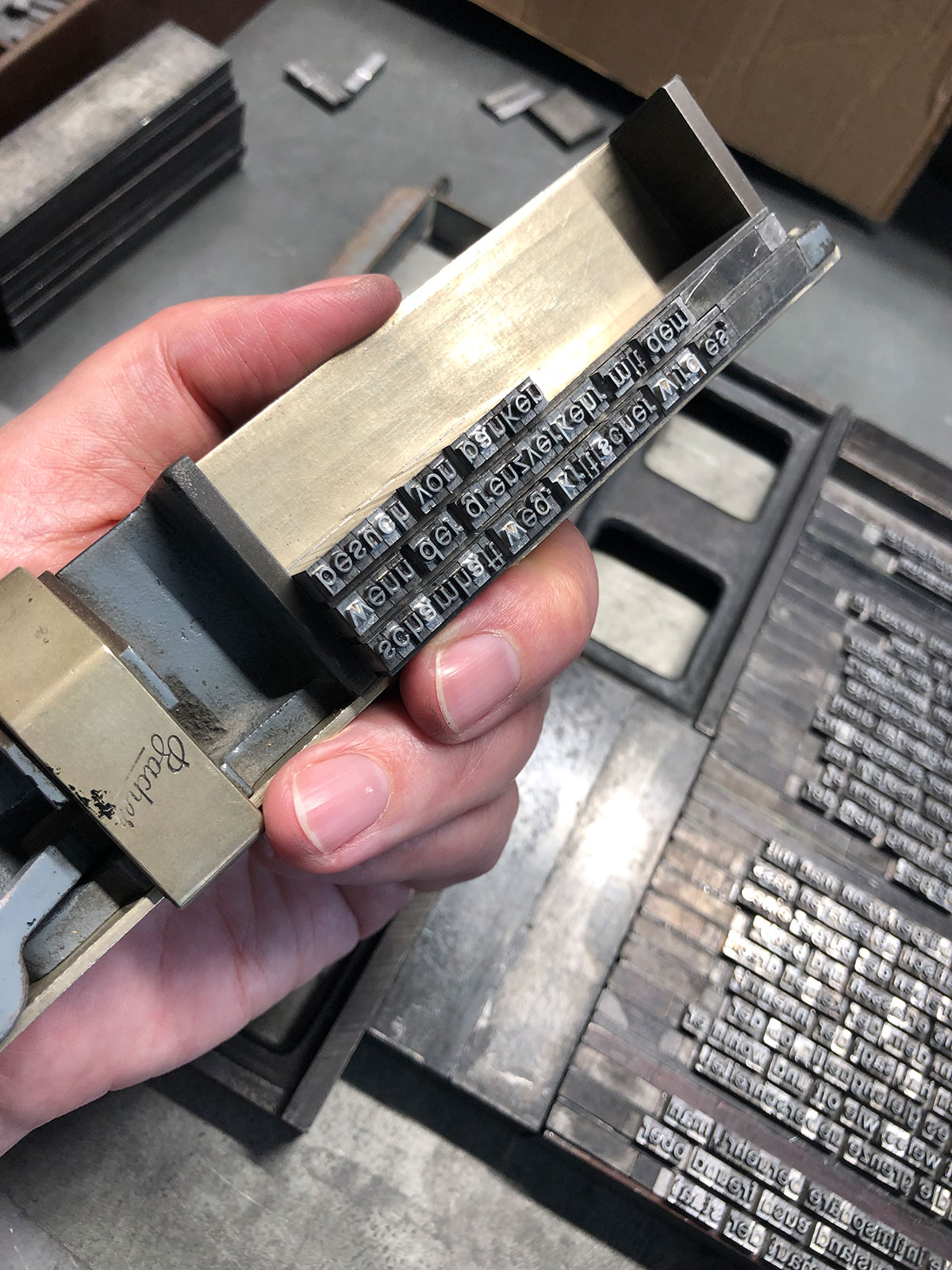 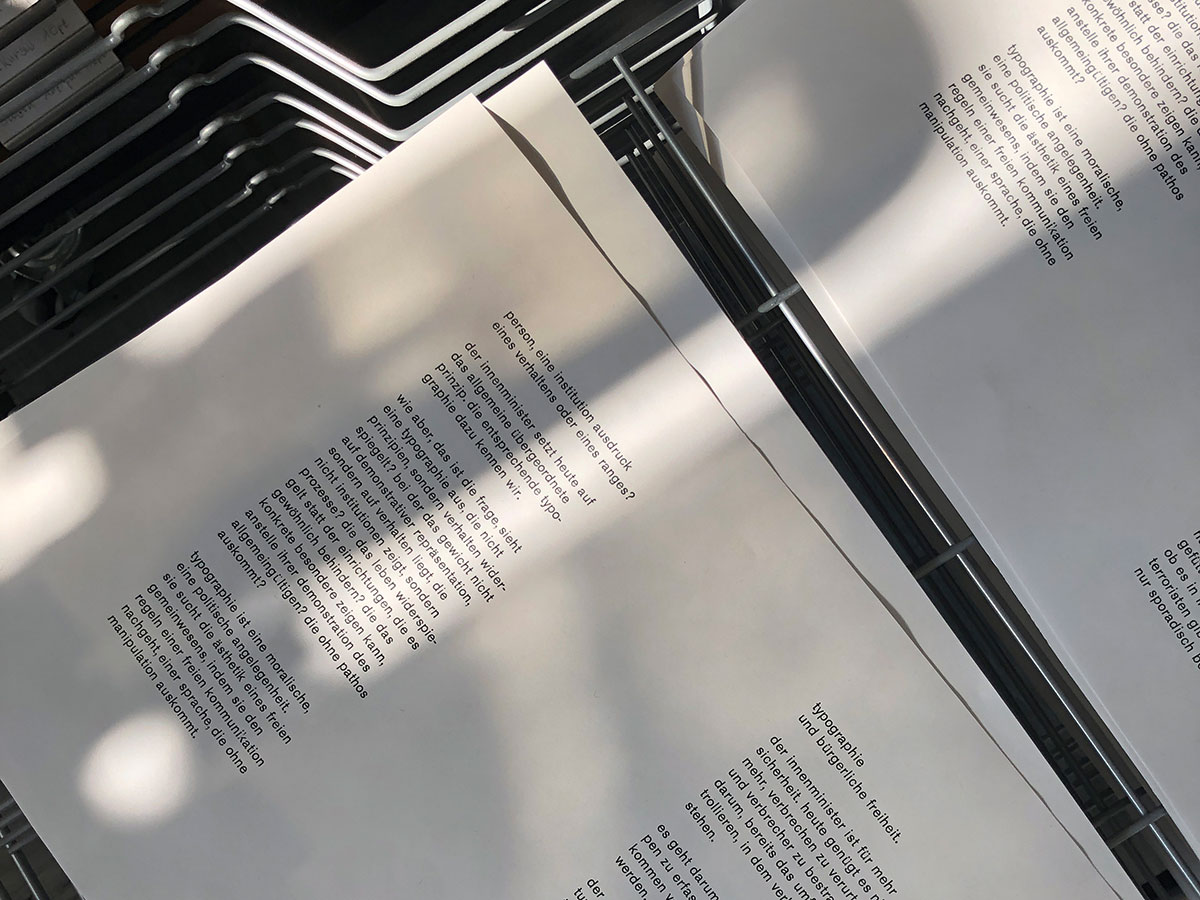 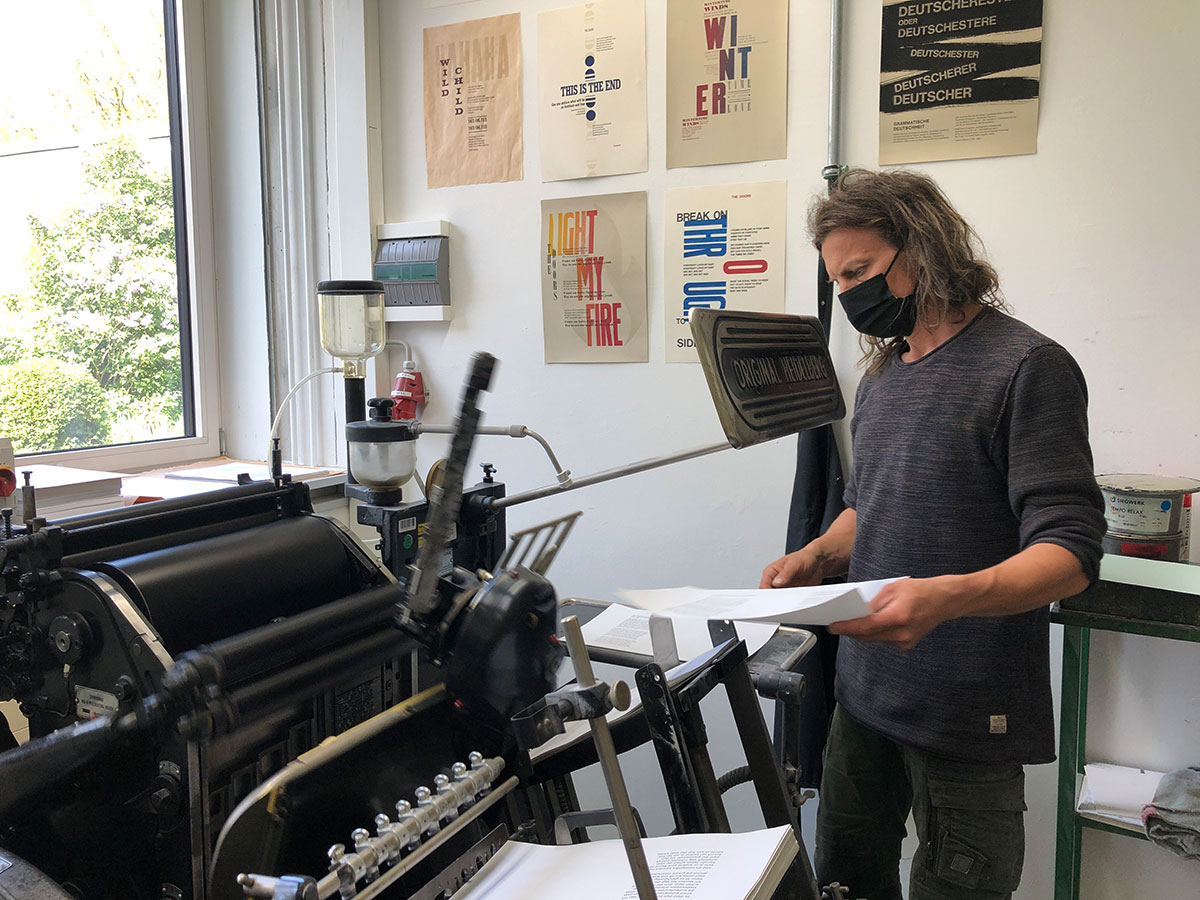