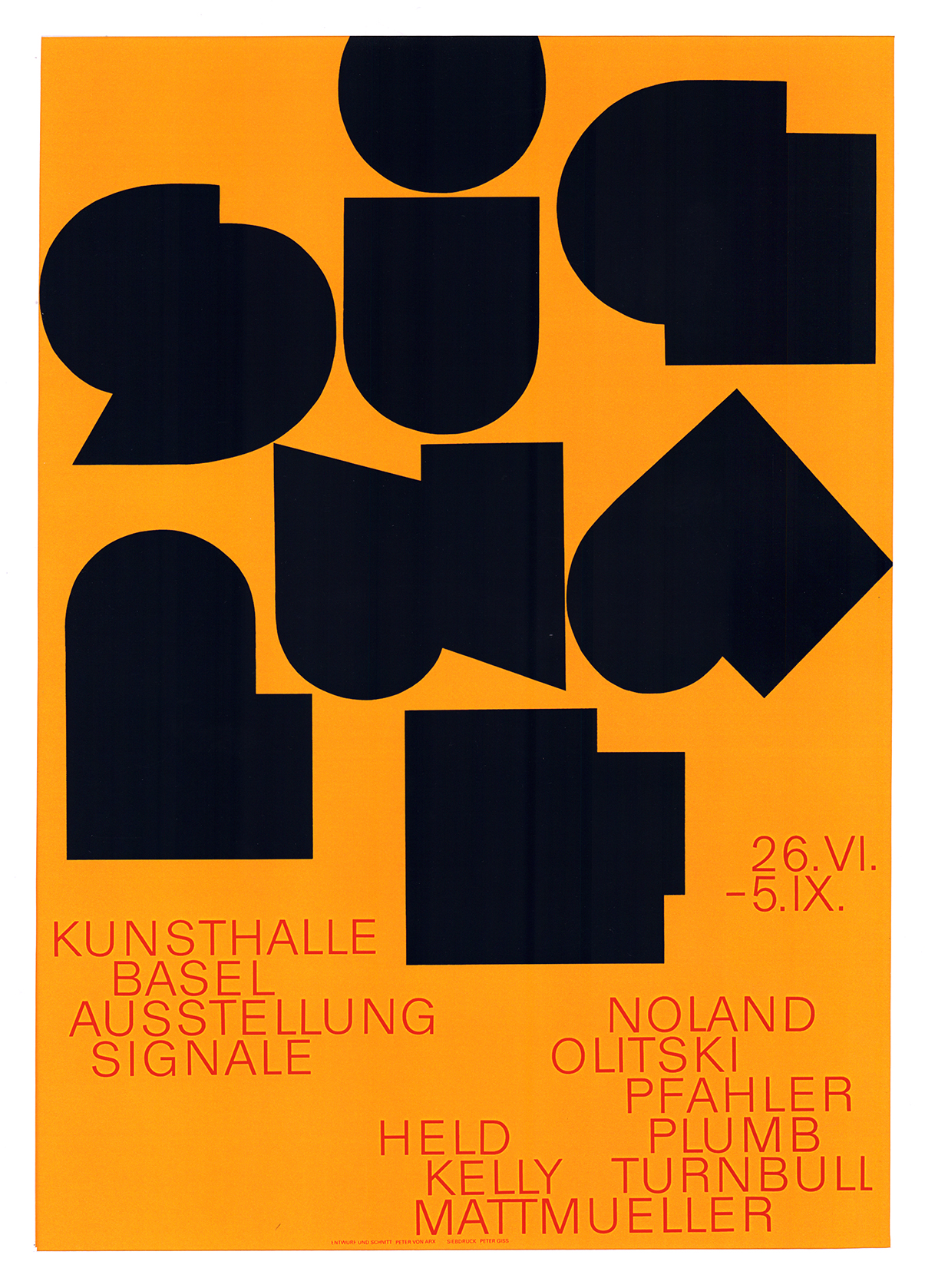 Letterform in Posters and Film

The exhibition “Letterform in Posters and Film” at the Hochschule für Gestaltung und Kunst FHNW, is a showcase of both von Arx’s posters, as well as, short films produced by himself and his students. Today, these historical works can provide us with insights into design processes preceeding today’s digital tools and “new media” which in turn, can be useful in critical reflections on the current situation of visual communication and its relationship to technology, craftsmanship, art, and society.

Graphic designer Peter von Arx (born 1937), produced an extensive body of work in conjunction with his occupation as teacher and, later, as the head of the HFG Ausbildung visueller Gestalter at the Schule für Gestaltung Basel (SfG).

After completing an apprenticeship as a lithographer in Zurich (1954–1958), he went on to train as a graphic designer at SfG Basel (1958–1962) with, amongst others, teachers Armin Hofmann, Emil Ruder, and Walter Bodmer.

Included in his body of work are thirty-five world-format posters, which he began producing in his own studio shortly after his studies, in parallel to his teaching activities.

A comparative examination of the posters, produced between 1960 and 1978, reveals von Arx’s interest in letterform design, showing how the forming of letters can create meaning beyond that of the notated phonetic sounds, thus both elaborating on or changing the meaning of the language itself. Letterforms can also create meaning outside of mere linguistic messaging, linking language and imagery. For example, in some posters by von Arx, letters are coupled to image elements – to either oppose or connect them.

As a result of a commission involving film graphics, in 1968, von Arx was confronted with using time as a design factor. Based on this experience, his design focus turned to developing graphical film sequences, expanding the nature of static graphics with this dynamic medium.

In addition to his own experimental work, von Arx, went on to establish the Filmgrafik course at SfG Basel, which, in 1968, was integrated into the Fachklasse and the Weiterbildungsklasse für Grafik. From 1983, he was head of the HFG Klasse Visuelle Kommunikation at the Schule für Gestaltung Basel and taught the course “Audio-Visual Projects”.

As a consequence of his courses on film graphics, von Arx published the book “Film + Design: Die elementaren Phänomene und Dimensionen des Films im gestalterischen Unterricht” in 1983. This systematic analysis of the phenomenon of film provided a basis for the upcoming age of digitalization and time-based design possibilities.

Through his own initiative and that of his co-operation with highly dedicated colleagues, Peter von Arx can look back on thirty years of innovative design education. His instruction in the field of film graphics is remembered today as a core component of the highly specialized curriculum of the “Basel School”.

Here you can find more information.