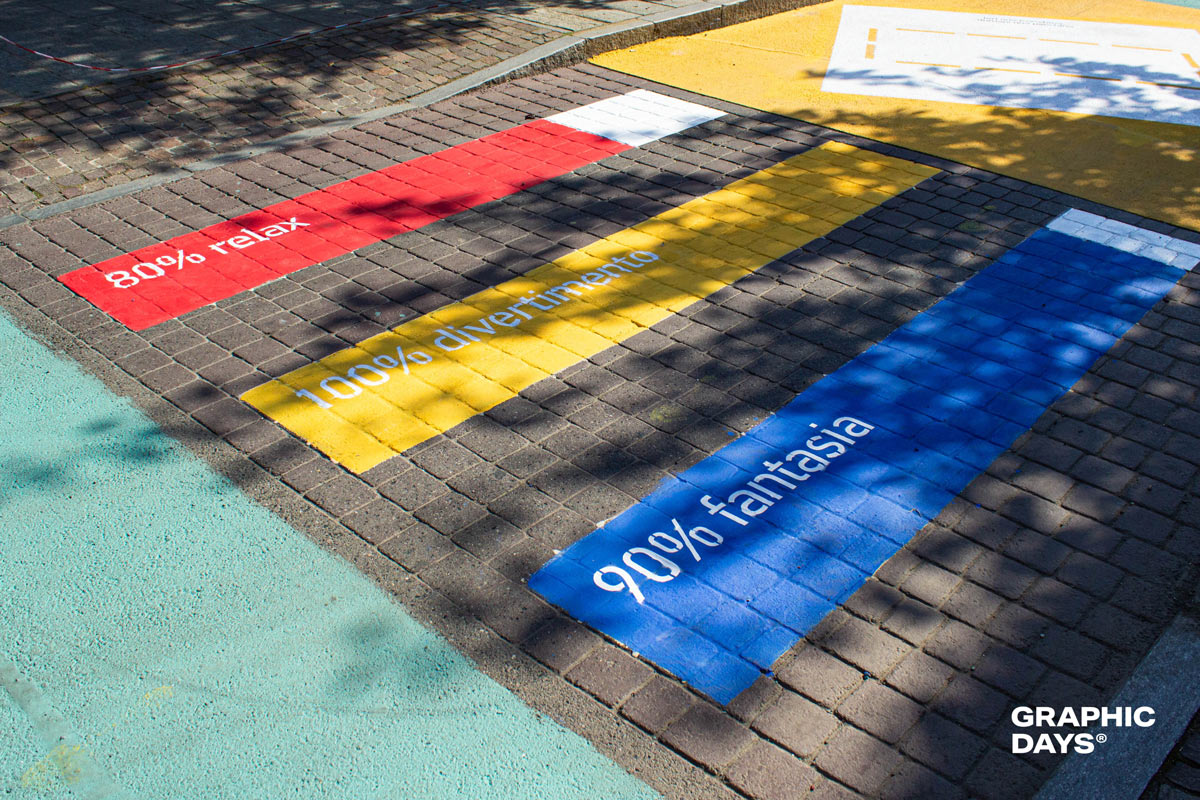 Streets become a magic board inviting the community to share its hopes and dreams: this is the concept of “Posto giusto per”—which, in Italian, means “The right place to”—the project of urban regeneration born from the collaboration between Graphic Days® and the Municipality of Settimo Torinese, a town in the province of Turin, Italy.

The recent extension of the pedestrian area of the city became the perfect opportunity to make an intervention of Tactical Urbanism, a term that was popularized around 2010 to refer to low-cost, temporary changes to the existing environment, intended to improve local neighbourhoods and public places. In this case, the project has been designed to involve the citizens through a colored and interactive path that promotes an exchange among the members of the local community.

The visual identity is designed by the team of Graphic Days®, the international project born in Italy (Turin) in 2016 to enhance the cultural value of visual communication inspiring people who work with creativity. The team was lead by Fabio Guida and Ilaria Reposo—founders of Print Club Torino and Graphic Days®—and supported by a group of students coming from the Politecnico of Turin. The project developed in four directions: horizontal communication represented by the intervention on the pavement, vertical communication made by posters and signage, social media communication strategy, and marketing communication made of flyers and merchandising.

“The right place to” eat an ice cream, play, read, take a break or even give a kiss. The naming invites locals to actively participate in co-designing the future of Settimo Torinese and to share ideas for new possible uses and new functions of the street. Feedback is collected via social media channels of the initiative, where everyone is free to tell their version of the changes yet to come.

Project by: Graphic Days® and the Municipality of Settimo Torinese
Where: Settimo Torinese, a town in the province of Turin, Italy
Have a closer look at the project on Behance, Facebook, Instagram, and Youtube 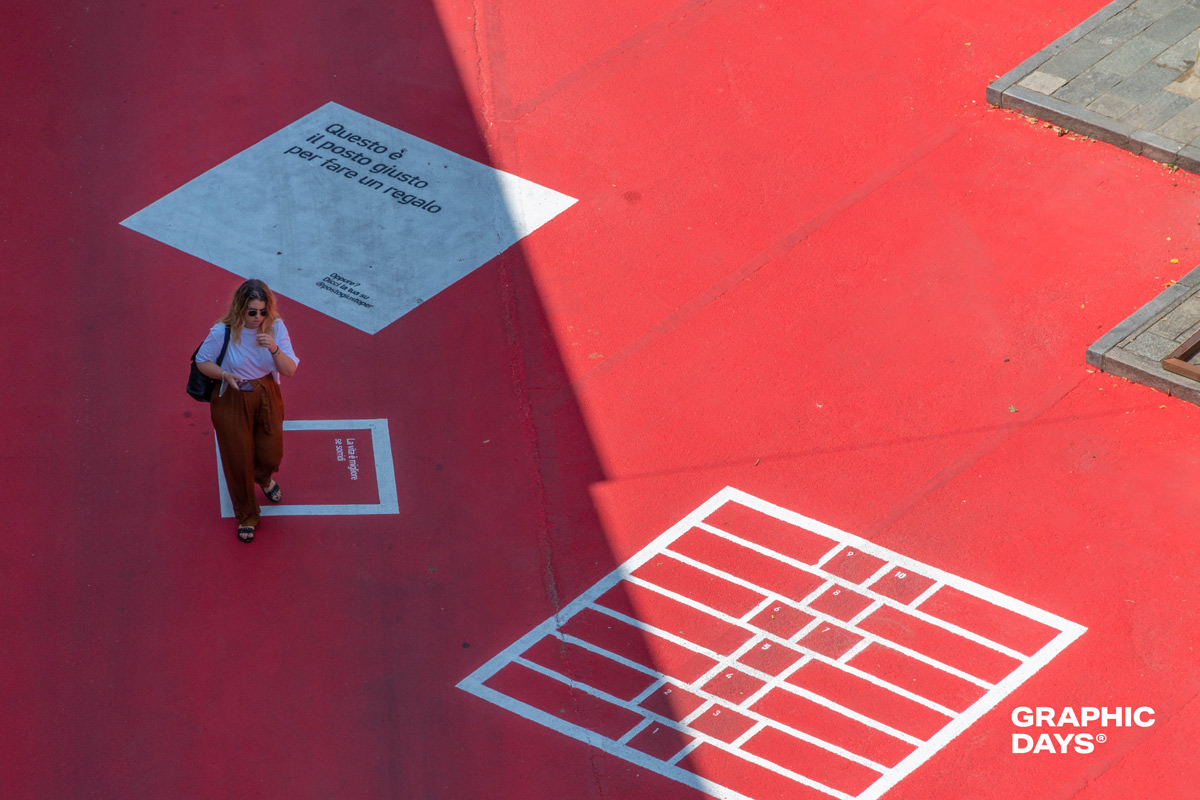 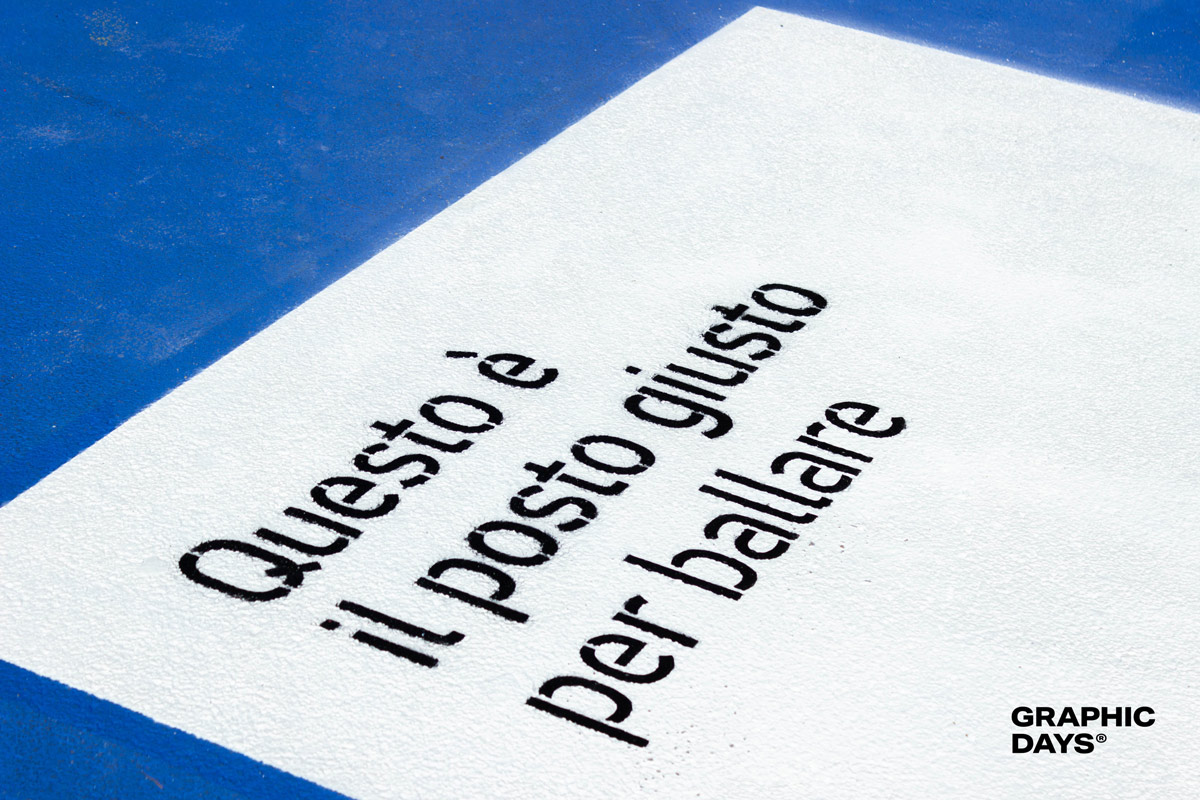 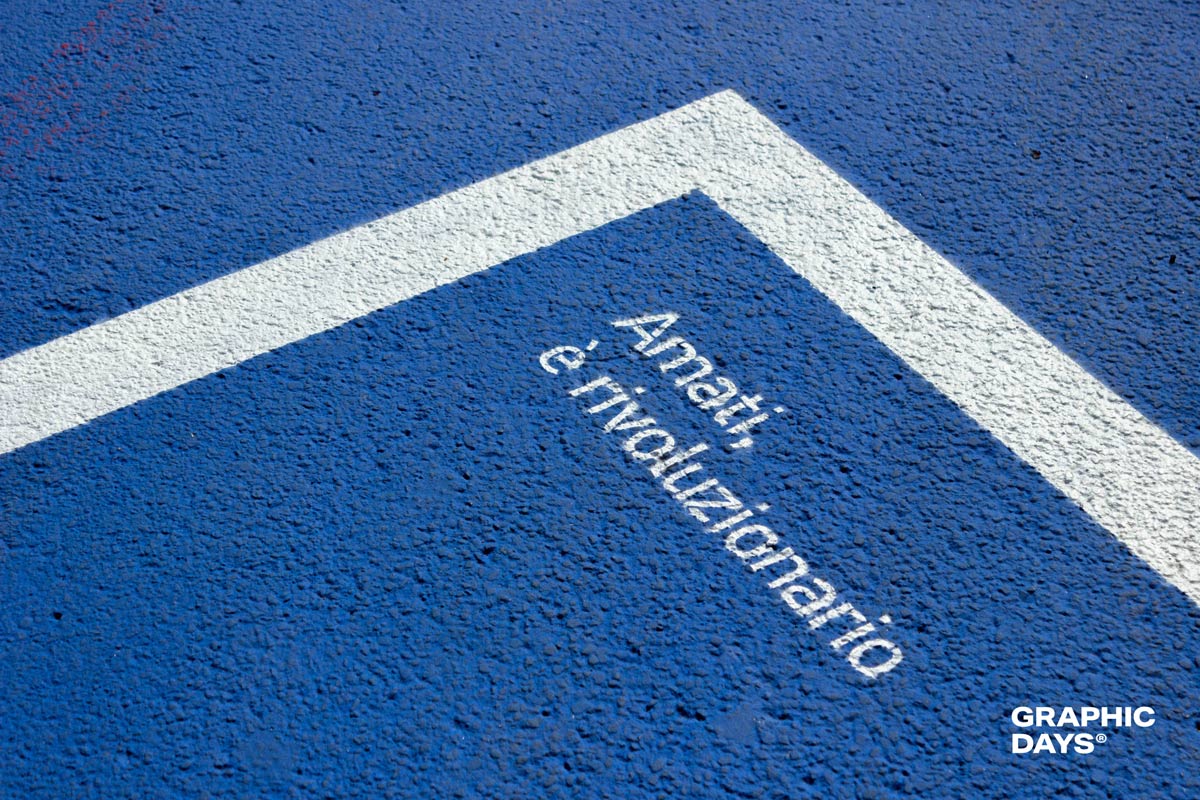 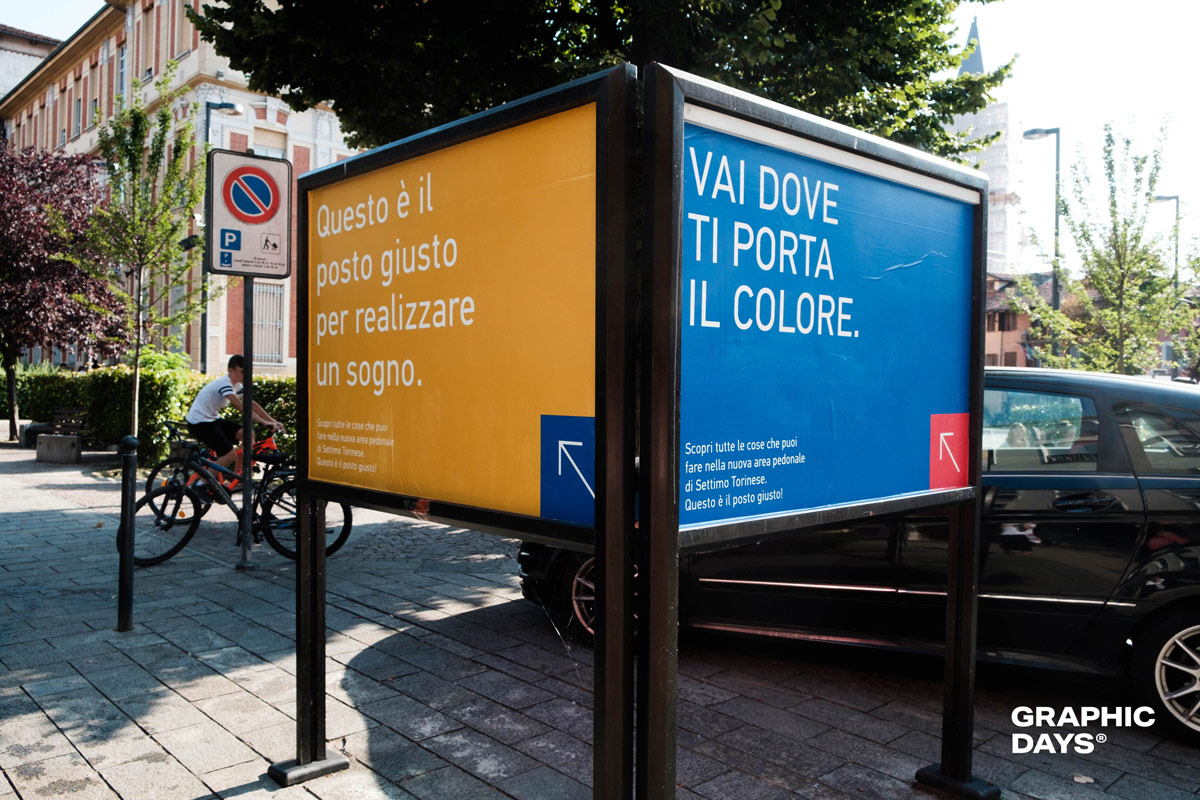