View cart “Berghain Novelle” has been added to your cart. 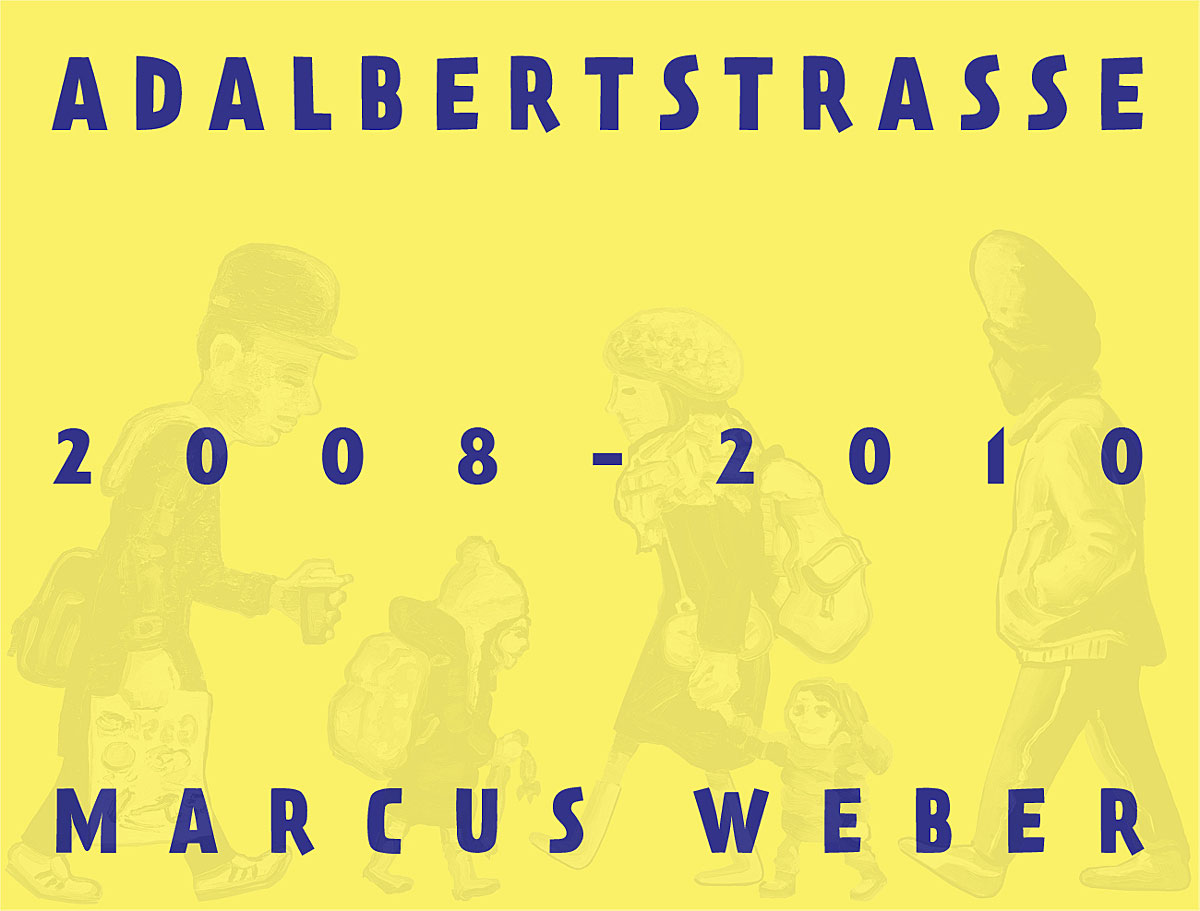 Marcus Weber’s series of paintings “Adalbertstraße 2008-2010” takes on the appearance of a colorful curio collection bringing into the picture urban conditions of the German capital in a fashion at the same time insouciantly sensual and cryptically analytical.

The individual works are suspensefully staged variations of one horizontal and one vertical visual structure. For the most part a clear-cut, geometrically variable basic design is discernible, with the laid-out-in-color sidewalk strips localized in the bottom third. Separated by contours, an architectural background rises above this, usually treated like a modular construction system of geometric basic shapes. Only because lettering is added by way of fluffy brushwork, the form constructs can be identified: as a billboard, a fish store, or a travel agency. Onto this, in most cases stereometrically structured, matrix, Marcus Weber applies most diverse figurative personnel. The people depicted enliven with their postures, penchants, and gestures the architectural framework in manifold ways.

The artist presents the confusingly multiform big-city stage complete with keenly observed and lovingly typecast human specimen acting on it. What comes across as ever so fresh and colorful, though, is not just the result of an affirmative, insouciant joy of painting, but rather a realistic, precisely researched and implemented social study wherein individuals of a most heterogeneous character have been observed with subtle irony in their “suchness”.

At first sight the paintings by Marcus Weber would join the ranks of a genesis of painterly comic book adaptations generated since the 1960s—you might feel remotely reminded of Philip Guston, Peter Saul, or George Condo. Yet it is no less intriguing to perceive the series “Adalbertstraße 2008–2010” in the tradition of Berlin milieu descriptions. You would think, of course, of George Grosz, also of Karl Hubbuch, or Rudolf Schlichter—albeit Marcus Weber endearingly avoids any sarcastic or cynical undertone when describing the human condition.