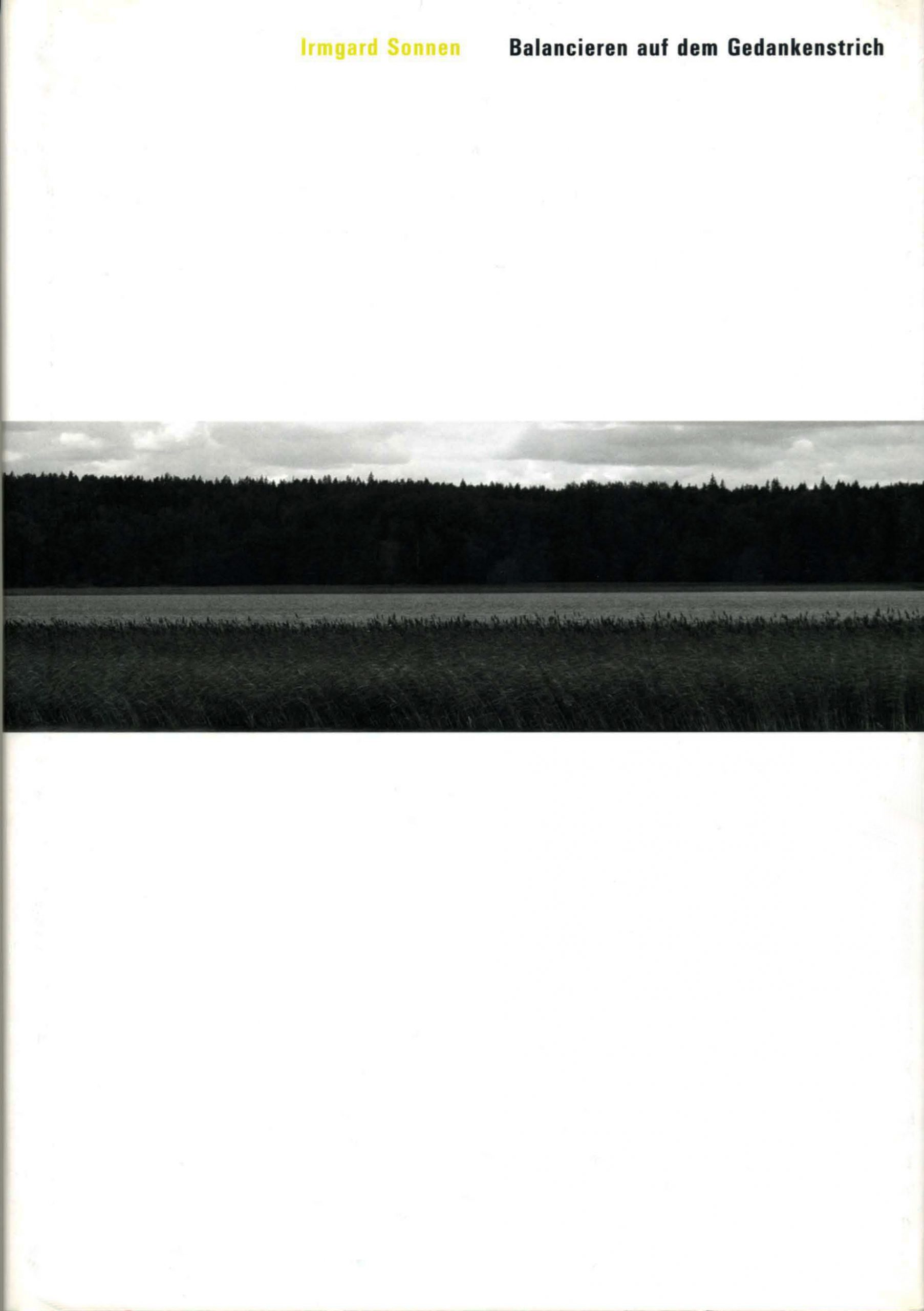 Between silence and talking.
A diary for thought space with calendar.

Can you balance on a dash? Communication designer Irmgard Sonnen shows that you can do it very well in this book, which stands, so to speak, between silence and speeches. Those who remain silent move in the field of tension between speech and silence. Silence is a strategy of how one would still like to be heard, and embodies a space of resonance in which others can notice that the silencer is silent because he is silent. What is silent could talk a lot. (Michael Kröger)

Irmgard Sonnen creates analogies worth reading about the unspeakable, the gap in memory, the void, the space in between. With texts by Heinrich Heine, Keinrich von Kleist, Christian Morgenstern, Friedrich Nietzsche, Johann Wolfgang von Goethe, Walter Benjamin, Man Ray, Hans Brög, Karl Riha, Jürgen Kisters, Michael Kröger and many others as well as an epilogue by Wilhelm Schmid.