This seller is currently on vacation. You can still order this product, but it will only be shipped after his return. 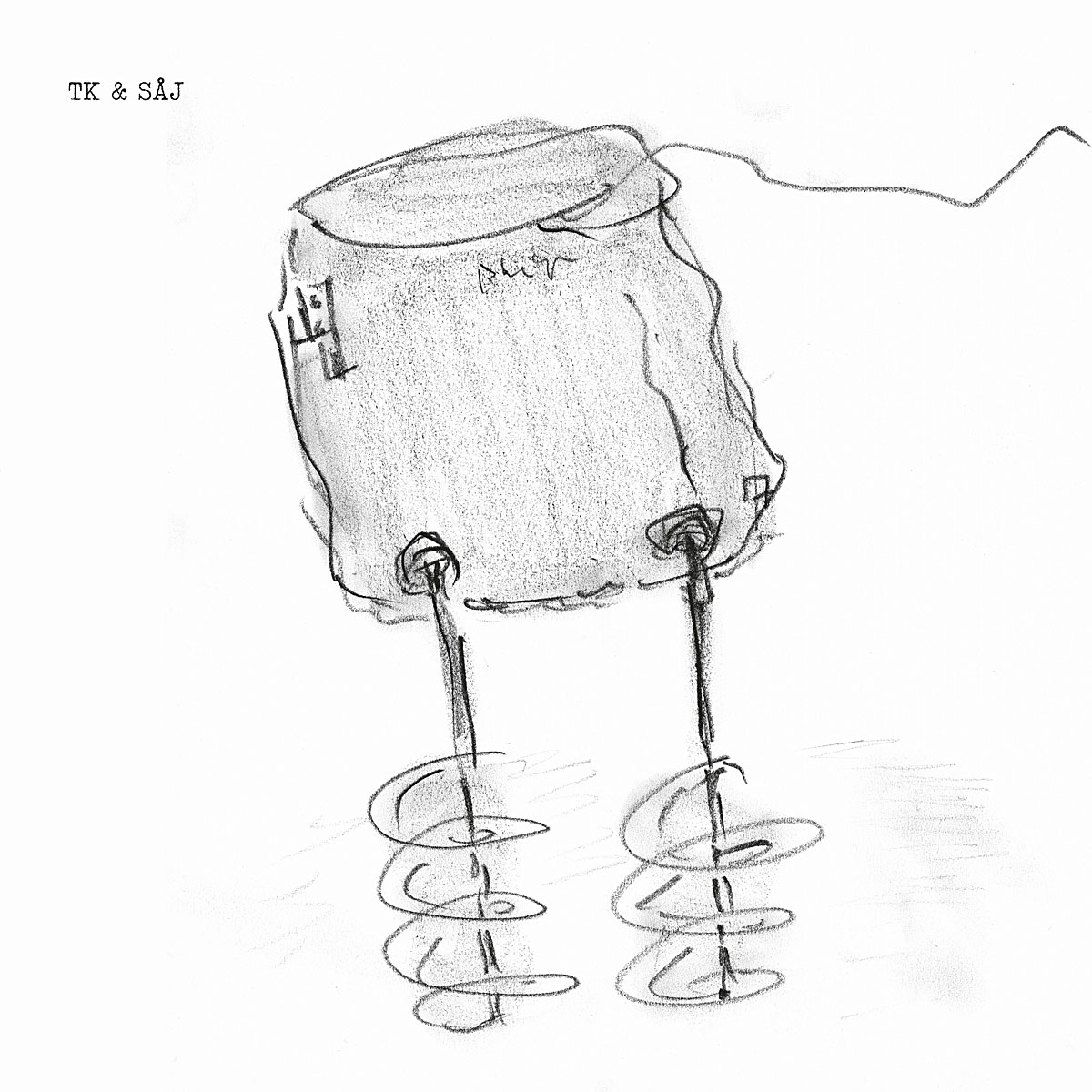 Sven-Åke Johansson and Thomas Kapielski’s vinyl LP “recovered,” released under the project name Das Moabiter Duo, was published by Fantôme on the occasion of a joint exhibition by Johansson and Kapielski at Berlin’s Laura Mars Gallery.

The LP from Das Moabiter Duo–“recovered,” mixed and mastered by Frieder Butzmann, features a previously unreleased concert recording from 1983. In addition to a download code, the album contains an extensive, format-filling 16-page booklet with drawings by Sven-Åke Johansson, liner notes by Heiner Goebbels, a letter by Thomas Kapielski, and concert photographs by Gerald Domenig.

Das Moabiter Duo performed back then at Berlin clubs like Korrekt—and at the experimental concert series “Materialausgabe”, organized by Heiner Goebbels and Christoph Anders, at Frankfurt’s Batschkapp.

On stage, Kapielski engaged “ingeniously-stockhausianistically” (as he himself puts it as ironically as conceitedly) in electronic manipulations of sounds from everyday objects. Meanwhile, Johansson explored the sonic possibilities of shoe trees, lashed out with towels, grabbed his accordion with its attached rear-view mirror, and, last but not least, played his astonishing drums.
Confusion arose—both during the live performances and, in a completely different way, decades later when Kapielski rediscovered the audiotape of a concert in an old cardboard box—because of one of Johansson’s unique ideas, which Heiner Goebbels describes as follows in the liner notes: “With a professional gesture, in the middle of the concert and while playing, Sven-Åke exchanged the cymbals, mounted on stands to the left and right of the bass drum, for large ‘cymbals’ made of thick foam pads. And he continued to play on them. We laughed—but we heard nothing. Or presumably even more. Each of us something different. That was enlightening—how else would this scene still be so present in my memory after 35 years.”
Obviously, listening to the original recording on which the album is based, one wouldn’t be able to see Johansson playing his foam cymbals, in order to, as it were, hear them before the inner eye. Moreover, little of Johansson’s actual drumming can be heard on the tape—due to, as Kapielski recalls in a letter to Johansson printed in the booklet, the way the recording microphones were placed at the time.

So, after decades, a special kind of improvisation emerges: Johansson has added new, “real” sounds with his drum kit, turning his collaboration with Kapielski into a, not only in a temporal sense, genuinely free-floating undertaking: “recovered.”

Sven-Åke Johansson is renowned as one of the style-defining drummers of the German free jazz era of the 60s and 70s. From the 80s onwards, he pursued an artistic path as a music performer, largely independent of institutions and groups and increasingly involved in visual-arts and new-music circles. His oeuvre includes more than fifty record releases, numerous music theatre pieces, radio plays, visual works, and a lively touring life.

Thomas Kapielski is known as an author (whose books have been published by Merve, Suhrkamp, etc.) and an artist. However, since the early 80s he has also been active as a musician. He collaborated with, among others, Frieder Butzmann.