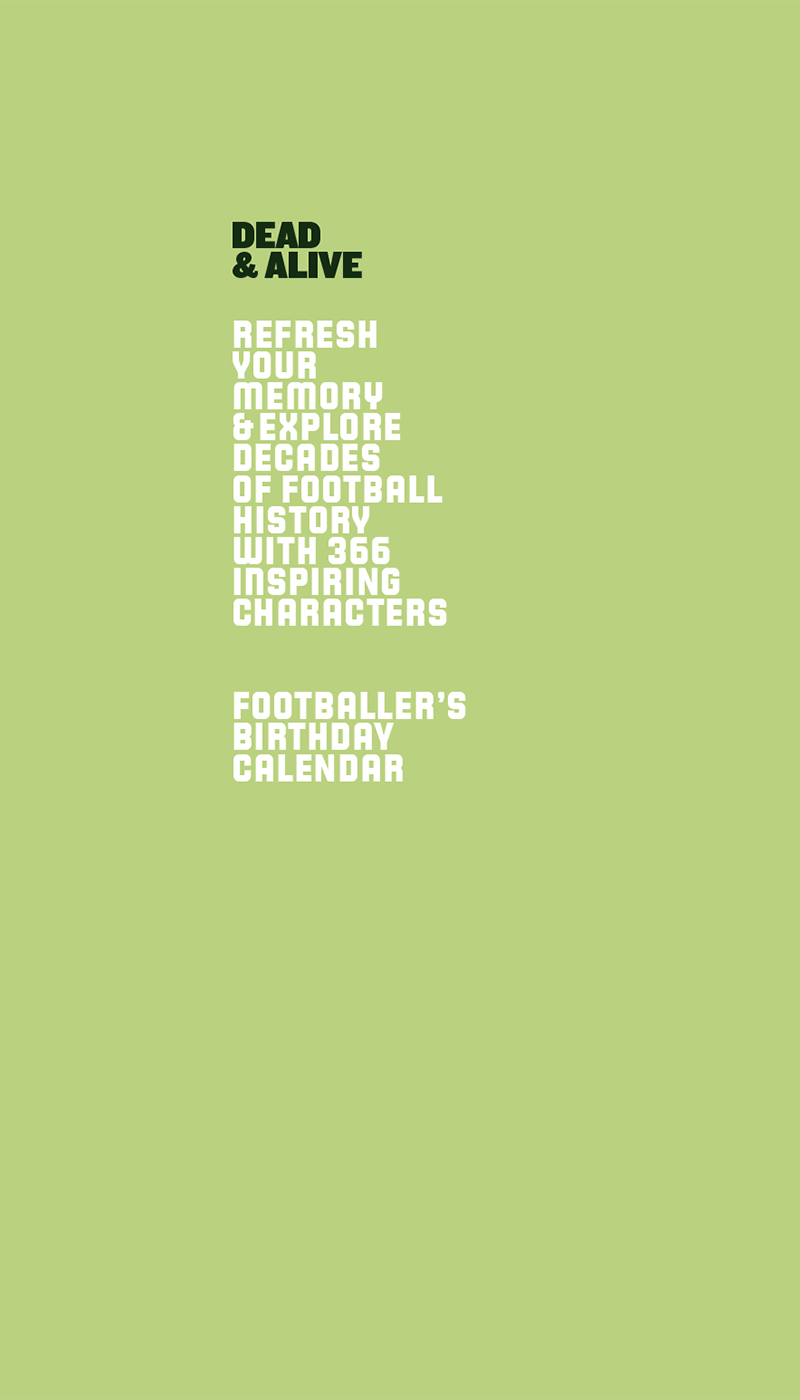 Discover the top players with whom you share a birthday! On the front, thanks to the bright green tones—each month has been given a different shade of green—it’s easy to write down the birthdays of friends and family! And on the back of the monthly pages, there’s a mini bio on each player.

It’s a tribute to 366 personalities from the world of football—yes—male, female, and diverse players! And sometimes the decision was not easy when two people had the same birthday: Sorry, Mr. Beckham, you were not nominated. Sylvia Neid won against you. Not surprising, since she was involved in all the European Championship titles of her national team as a player, co-coach, or national coach. And only she has been awarded FIFA Coach of the Year more than once (2010, 2013, and 2016) as a coach. When browsing, one can see the great influence of generations of top players on this sporting discipline.