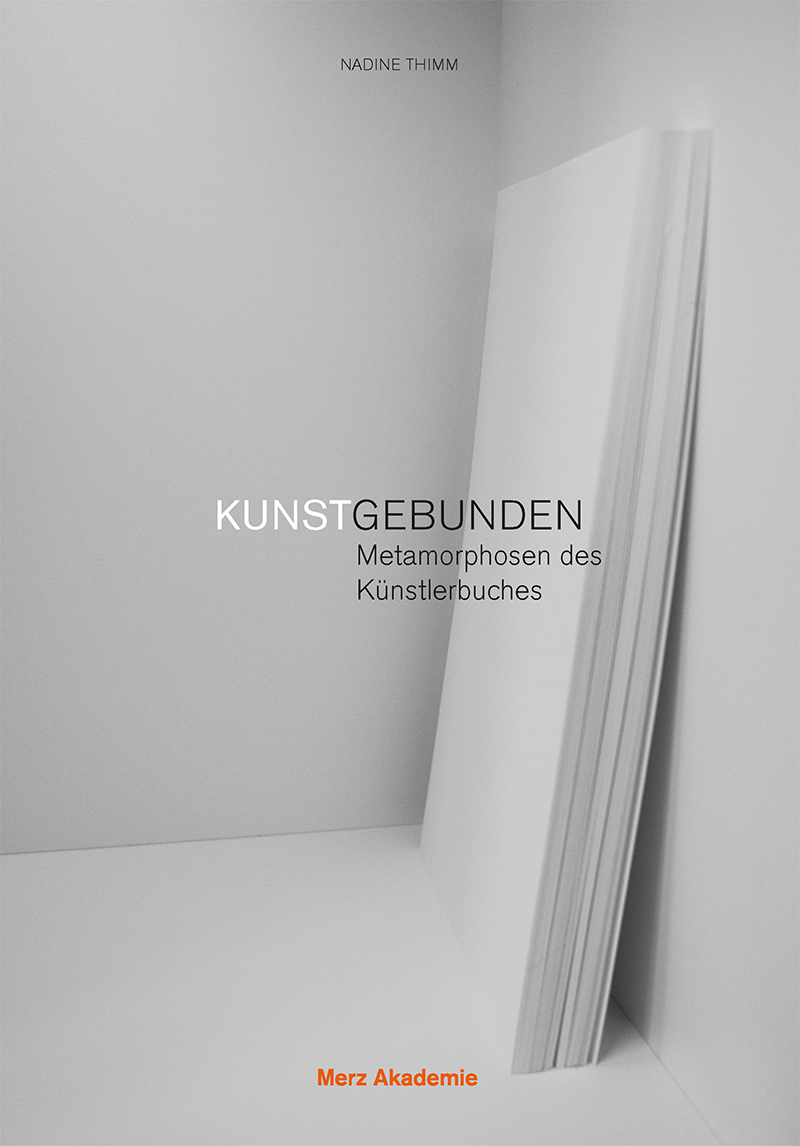 The term “Künstlerbuch” (artist‘s book) first came up in the 1960’s. Not a book about art or artists is meant, nor is this usually a work with literary claims (the poet-artist ...). Rather the visual artist goes through such a book to the public and thus leaves the art-immanent space. In short, the book becomes the sole medium of an artistic statement, as an independent work. But how do books arise from the thoughts, images, and visions of artists?

And what actually causes a visual artist to publish books? How has the genre developed since the media expansion of art in the 1960’s? The only thing that is clear is that the (visual) artist functions in the artist book as author, designer, editor and often as printer. Artists’ books are in any case today often available in specialist bookstores in immense diversity. In “Kunstgebunden – Metamorphosen des Künstlerbuches,” Nadine Thimm first tries to clarify the term: What is an artist book, and how is it defined by art historians? Which variants are there? How can the borders to related forms of publication be drawn today and how can the many borderline cases be classified?
Awarded by the Stiftung Buchkunst “The most beautiful German books Shortlist 2014”.