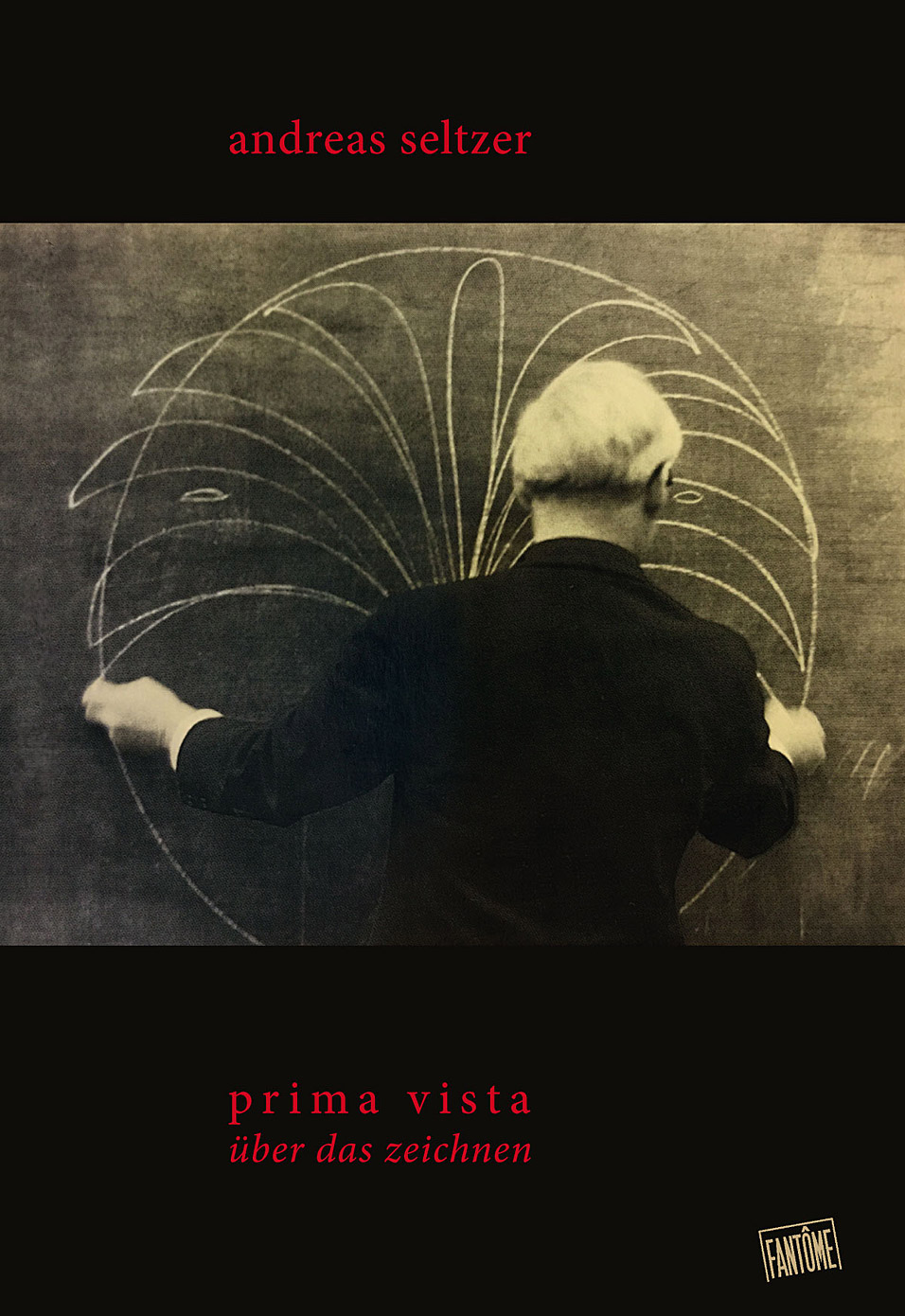 “Prima Vista. Über das Zeichnen” presents drawings by Andreas Seltzer and—in an insightful collection of polished vignettes and anecdotes—his writing about drawing. This handsomely designed catalog was published on the occasion of the artist’s exhibition of the same name, which took place at the Laura Mars Gallery in Berlin.

Andreas Seltzer’s drawings are grotesques that alternate between caricature and black humor, between horror and magical enchantment, between Mannerism and carnivalesque inventions. The colors black, red, and white form the basis of this work. This reduced choice of colors is motivated by the intention to increase the effect of the pictures through economy of means. Black functions as an arsenal that has all possible weights in store to lend—depending on the motif—gravity or sketchy lightness to the pictures. Red, on the other hand, plays the traditional role of the eye-catching signal that provides orientation in the genre of hidden object pictures. White, in the form of outline-like, splinter-like, meticulously captured figurations, is used to show views from above as well as vistas: against densely checkered backgrounds, these elements become actors that make those other parts of the picture dance.

From the perspective of the fingers holding the drawing pen, the area to be conquered is a vast white terrain full of potential risks. Moving the pen means striving forward while being aware that any lingering results in dark, puzzling spots. Dots and strokes form a team that finds its goal somewhere on the horizon of the playing field while challenging the format. The special thing about these movements is that they are more similar to dancing than, for example, walking is. The rhythm of drawing circles and semicircles, swinging back and forth, securing the sidelines, repeating and varying spontaneous moves and improvised patterns—all this results in flowing lineaments that are nothing but control elements seeking to guarantee step by step, inch by inch the sure-footedness of the endeavor.

To the extent that drawing, associative drawing, has become the main activity, words lose their power, writing loses its force. Perhaps this activity is some form of memory training with the result that one remembers the visual aspects of things but—now familiar with their metamorphic nature and skeptical of the predeterminations of language—forgets names and terms. Thus, a new variant of dementia might appear: the specter of a babbling, picture-crazy idiot who points to his scribbles while sinking into aphasia.

In the evening, a glass of wine sometimes happens to be placed next to the inkpot. Then, the temptation arises to portray one of those cartoonists struggling for inspiration and tortured by deadlines, as depicted countless times by Robert Crumb as a self-portrait—cartoonists downing ink: their final act of desperation. Ink is in this case an imagination-enhancing substance, impregnating all internal organs, coloring blood, sweat, and tears, and transforming the whole body into a drawing instrument.

“Ink is my natural element. A beautiful liquid, by the way, this dark liquid. And it is dangerous! How you can drown in it! And how it attracts you!” (Gustave Flaubert)