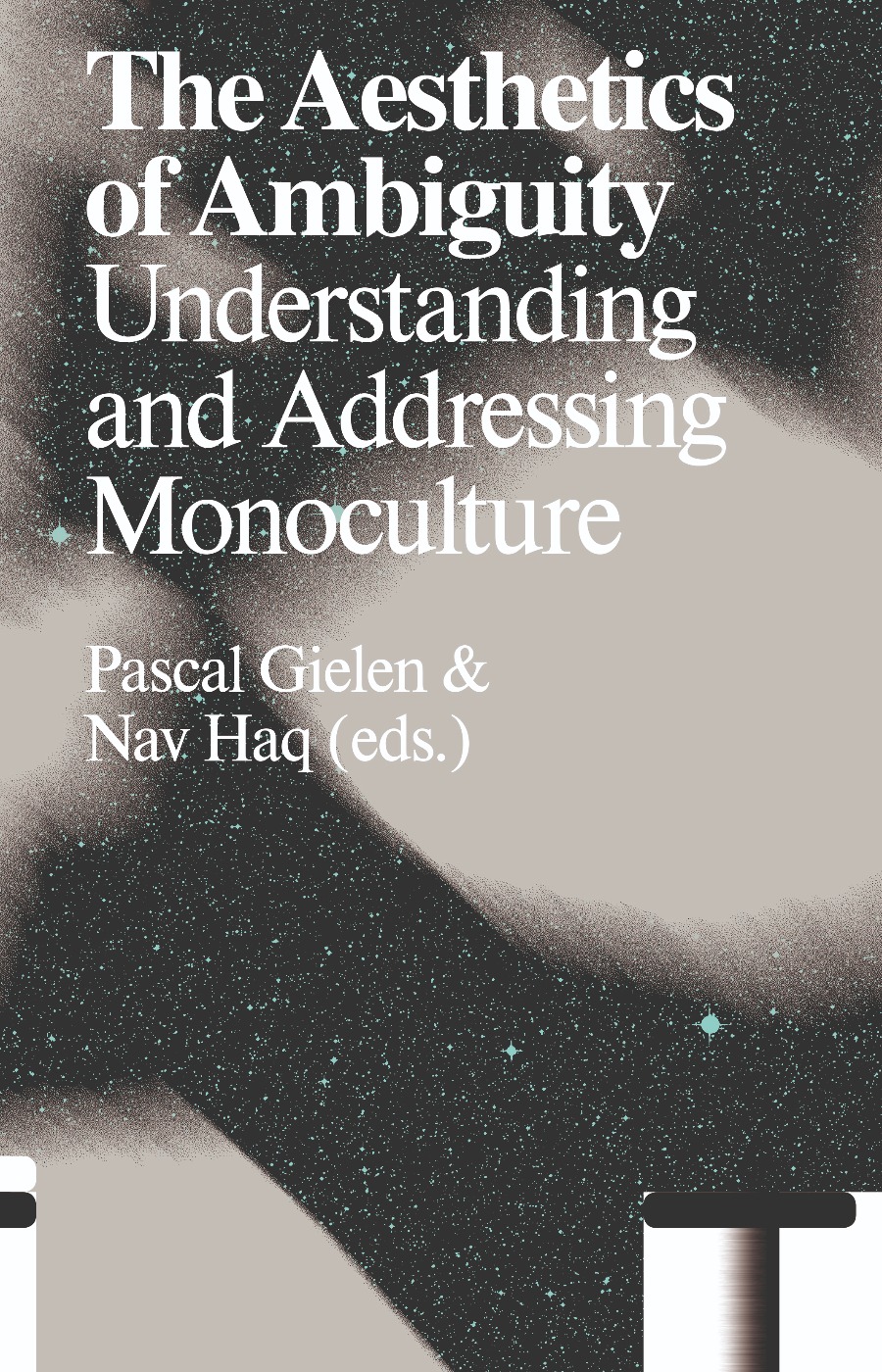 The Aesthetics of Ambiguity – Understanding and Addressing Monoculture

In “The Aesthetics of Ambiguity: Understanding and Addressing Monoculture” Pascal Gielen and Nav Haq argue that multiculturalism is paradoxically based on monocultural thinking. The publication explores this paradox by exploring monoculture in a variety of contemporary contexts.

The book sets out to analyse monoculture using a multifaceted approach, by bringing together historical, social, cultural and ideological perspectives, using the dual role of art as tool for reconciliation and division in societies. The Aesthetics of Ambiguity gives stage to artists, thinkers and institutional practices who dare to play with the rules of a broader society and thus generate ambiguity ‘at large’.

It represents a quest for (more) ambiguity in order to avoid rigid borders or black-and-white polarities between cultures, as well as between practices of art and scientific thinking. By doing so, the artists, activists and researchers featured in this book plea for a politics and aesthetics of ambiguity to deal with the complexity of our living together on Earth.

Pascal Gielen is professor of sociology of culture and politics. He is based at the Antwerp Research Institute for the Arts (ARIA) of Antwerp University. There he leads the research group Culture Commons Quest Office (CCQO). He is editor of the international book series Antennae-Arts in Society, published by Valiz.
Nav Haq is Associate Director at M HKA, responsible for the development of its artistic programme. At M HKA he co-curated Don’t You Know Who I Am? Art After Identity Politics (2014). He was previously Exhibitions Curator at Arnolfini, Bristol and Curator at Gasworks, London. Haq has organized numerous monographic exhibitions and in 2012 he was the recipient of the Independent Vision Award for Curatorial Achievement, awarded by Independent Curators International, New York.

The publication coincides with the exhibition: Monoculture: A Recent History, on show at M HKA from 25 September 2020 – 25 April 2021.
The publication is presented in the framework of ‘Our Many Europes’, a four-year (2018-2022) EU funded programme organized by the museum confederation L’Internationale, that brings together seven major European Art institutions: MG+MSUM (Ljubljana, Slovenia); Museo Reina Sofía (Madrid, Spain); MACBA (Barcelona, Spain); M HKA, (Antwerp, Belgium); MSN (Warsaw, Poland), SALT (Istanbul and Ankara, Turkey) and Van Abbemuseum (Eindhoven, the Netherlands). L'Internationale works with complementary partners such as HDK-Valand (Gothenburg, Sweden) and NCAD (Dublin, Ireland) along with associate organisations from the academic and artistic fields.